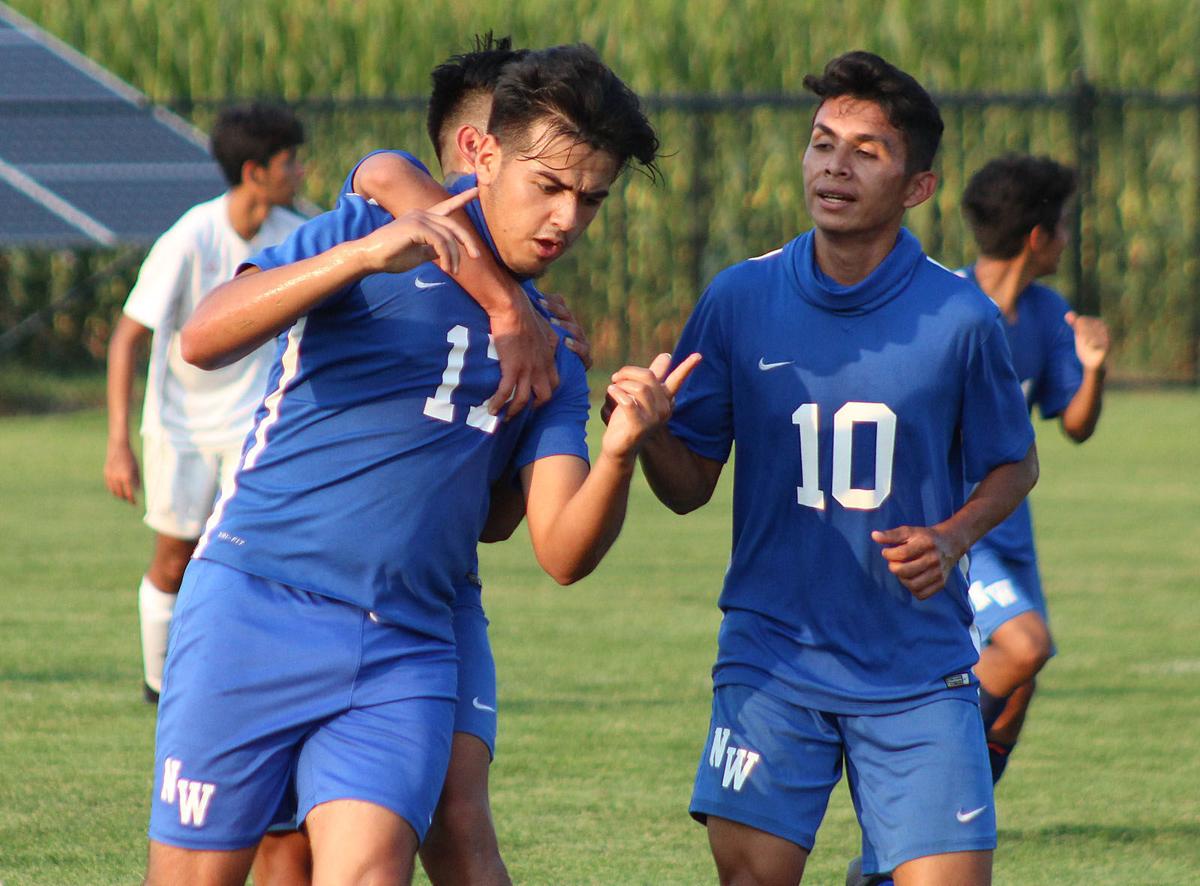 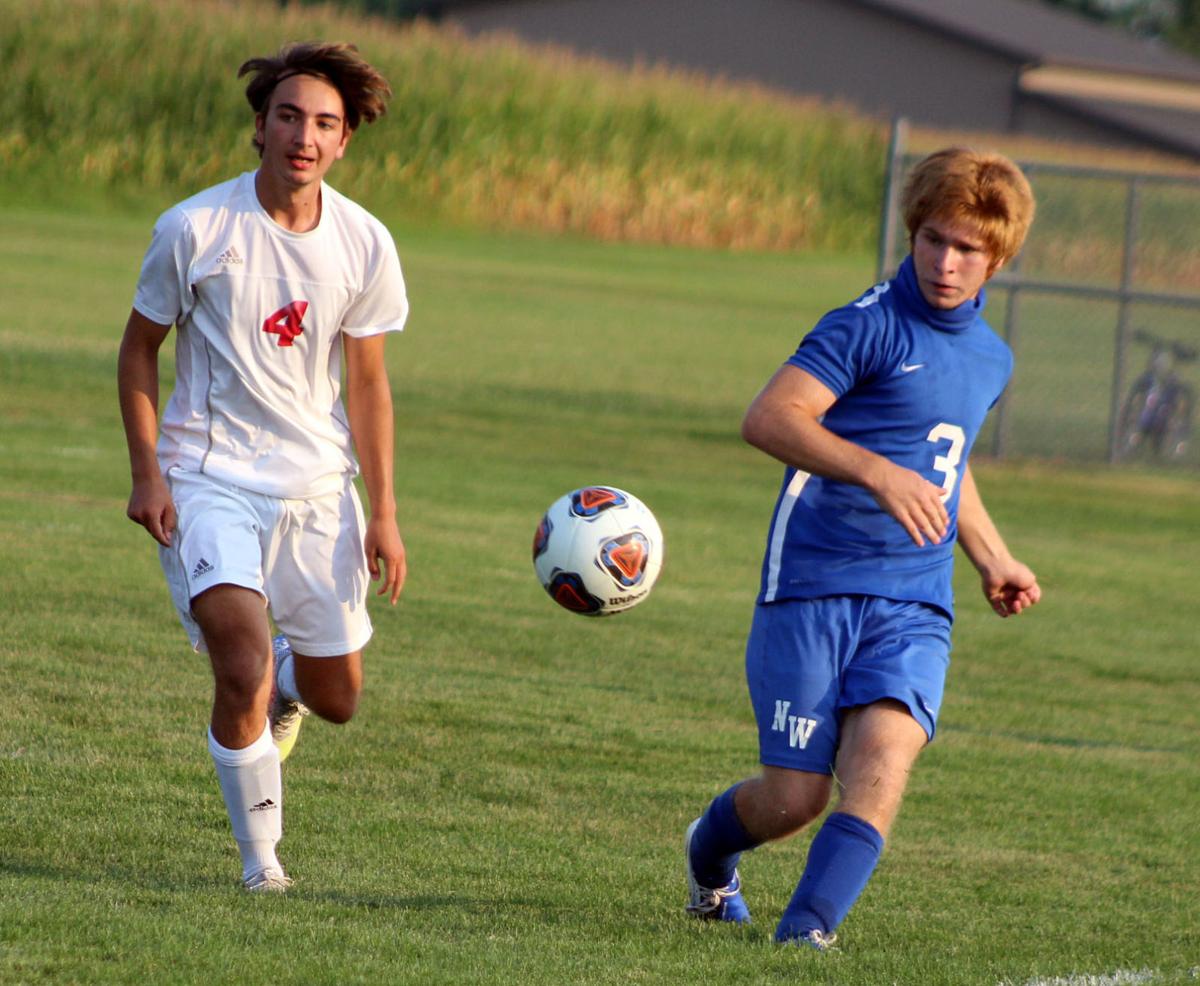 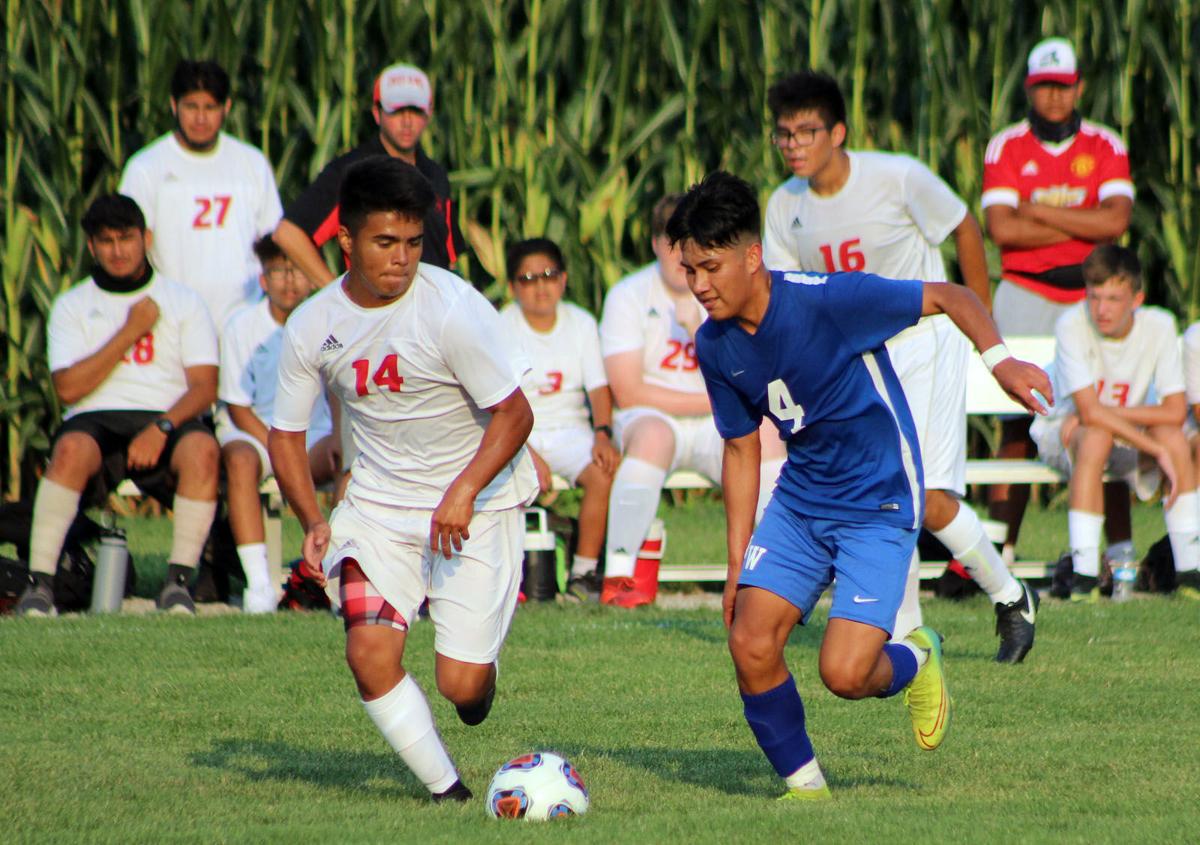 MONON — In their eyes, this was a long time coming.

But even they were a little shocked at the final score.

North White put eight goals in the back of the net Tuesday while pitching a shutout on the pitch to blank Twin Lakes, 8-0, in the first game between White County’s lone soccer-playing schools.

The Class 1A Vikings (2-0) put in a pair of late goals in each half, including one in the final seconds of a match that finished as the sun was about to set.

“We’ve been looking forward to this game for a long time. It finally came,” junior forward Auner Ramirez said. “We left it all out on the field.”

Ramirez netted the home team’s first tally in the 12th minute, then dropped in a second goal in the 34th. Three minutes later, sophomore forward Andie Menjivar collected the first of his three goals for a 3-0 halftime lead.

“Every time we get the first goal in, I feel it boosts the team even more,” Ramirez said. “It gives us a better chance, makes us feel better about ourselves and makes us want to lay even harder.”

The Vikings added five in the second half, with Menjivar scoring twice and Kevin Garcia and Pedro Gomez adding tallies. Ethan Sparks chipped in a goal, along with three assists.

“We kept the pressure up the whole game, didn’t let up even when we were ahead,” senior defender Logan Manns said. “We just kept going, and that’s why we won.”

North White put 13 shots on goal, scoring at a 61.5 percent clip. Menjivar’s hat trick ties him with Ramirez for the team lead.

“Andie? I love Andie, man,” Ramirez said. “I’ve always played with Andie since we were children, and that man just keep improving every day.

“I better start watching out; I don’t think I can keep up with him.”

While Menjivar, Ramirez and Garcia kept the pressure up top, Manns, defender Jason Hernandez and senior goalkeeper Diego Maravilla were a crucial part in holding the Indians (1-3) scoreless. Maravilla made 10 saves, though most of the shots were outside of or near the edge of the 18-yard box.

“Honestly, the offense did a good job of keeping it on the other side,” Manns said. “We didn’t have too many times they were over here. We just have to work hard when we can.”

Showers with a possible thunderstorm early, then variable clouds overnight with still a chance of showers. Low near 45F. Winds SW at 10 to 15 mph. Chance of rain 90%.

Showers with a possible thunderstorm early, then variable clouds overnight with still a chance of showers. Low near 45F. Winds SW at 10 to 15 mph. Chance of rain 90%.