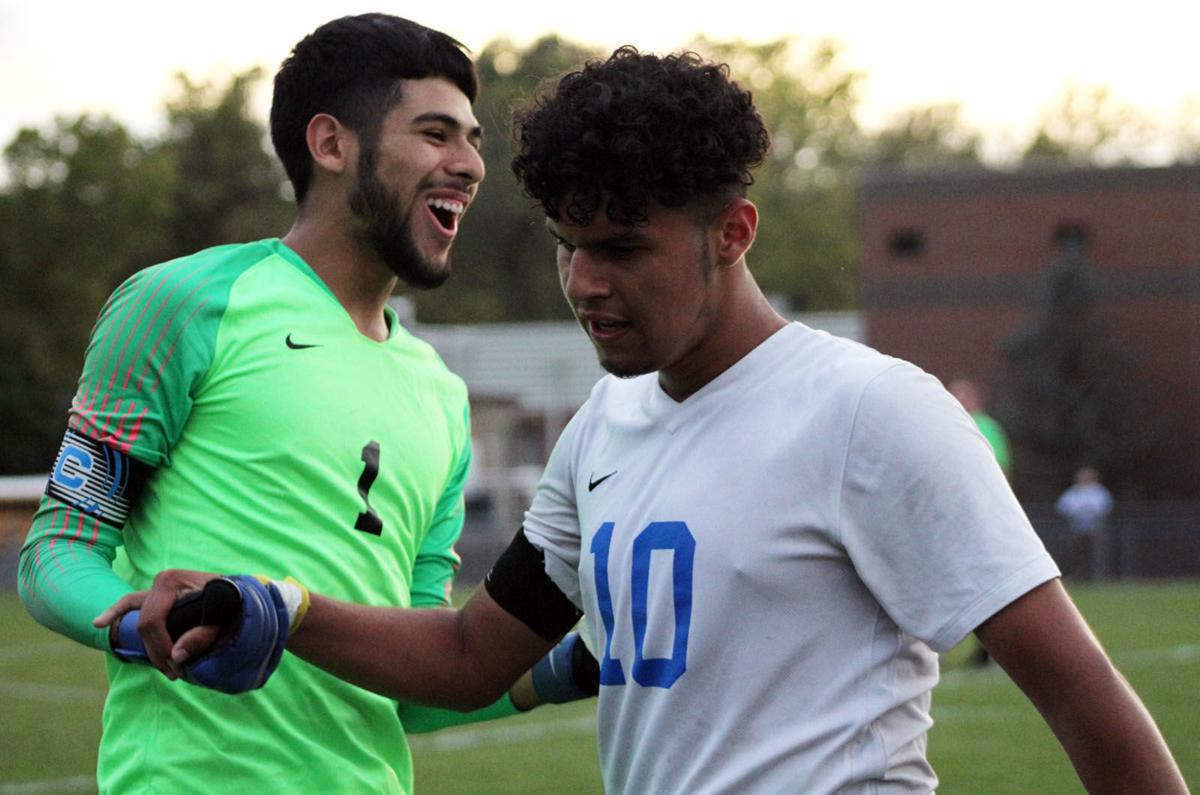 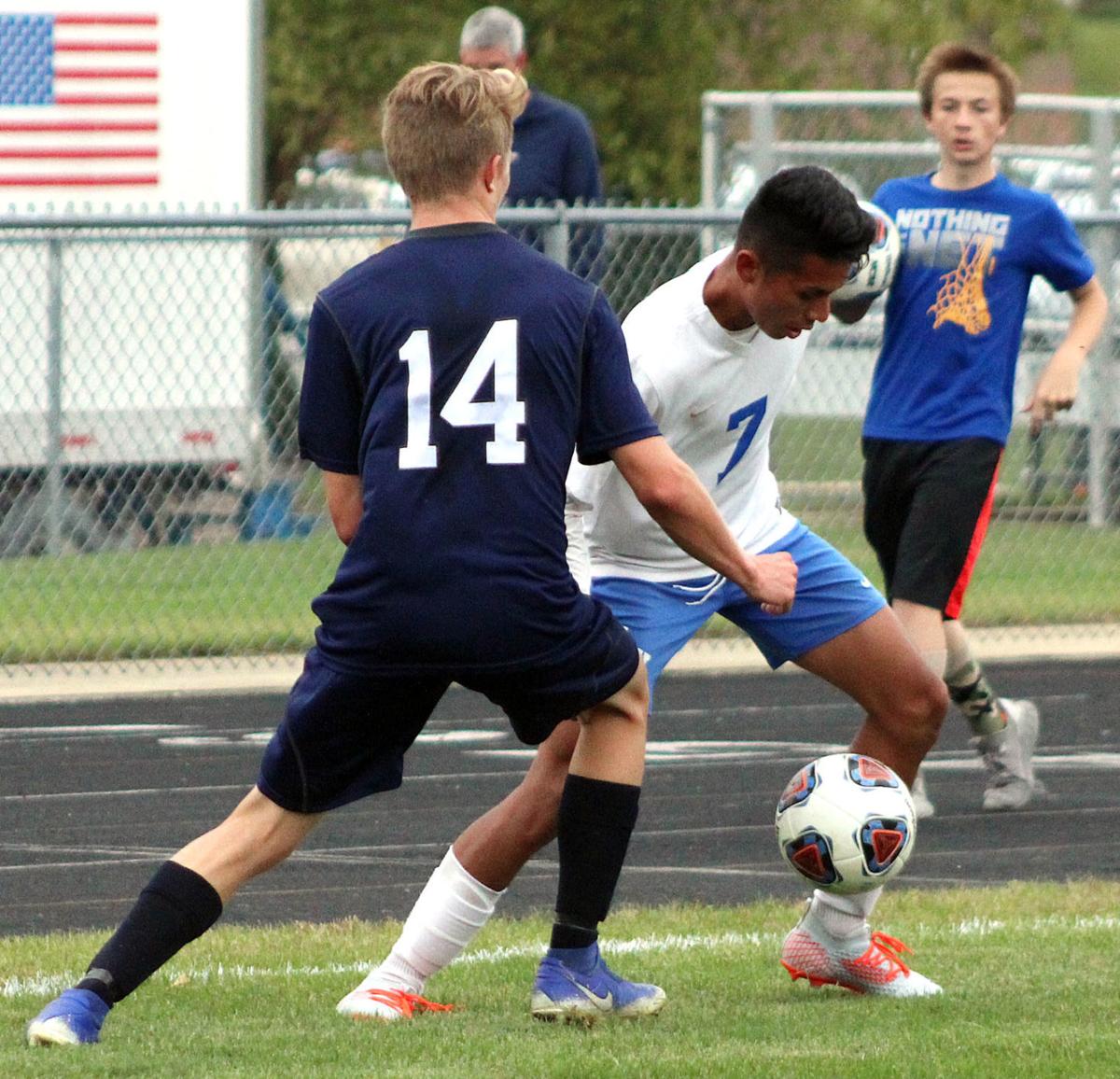 North White’s Kevin Rubio-Garcia dribbles through traffic during the Class A Rossville Sectional semifinal on Thursday in Rossville. 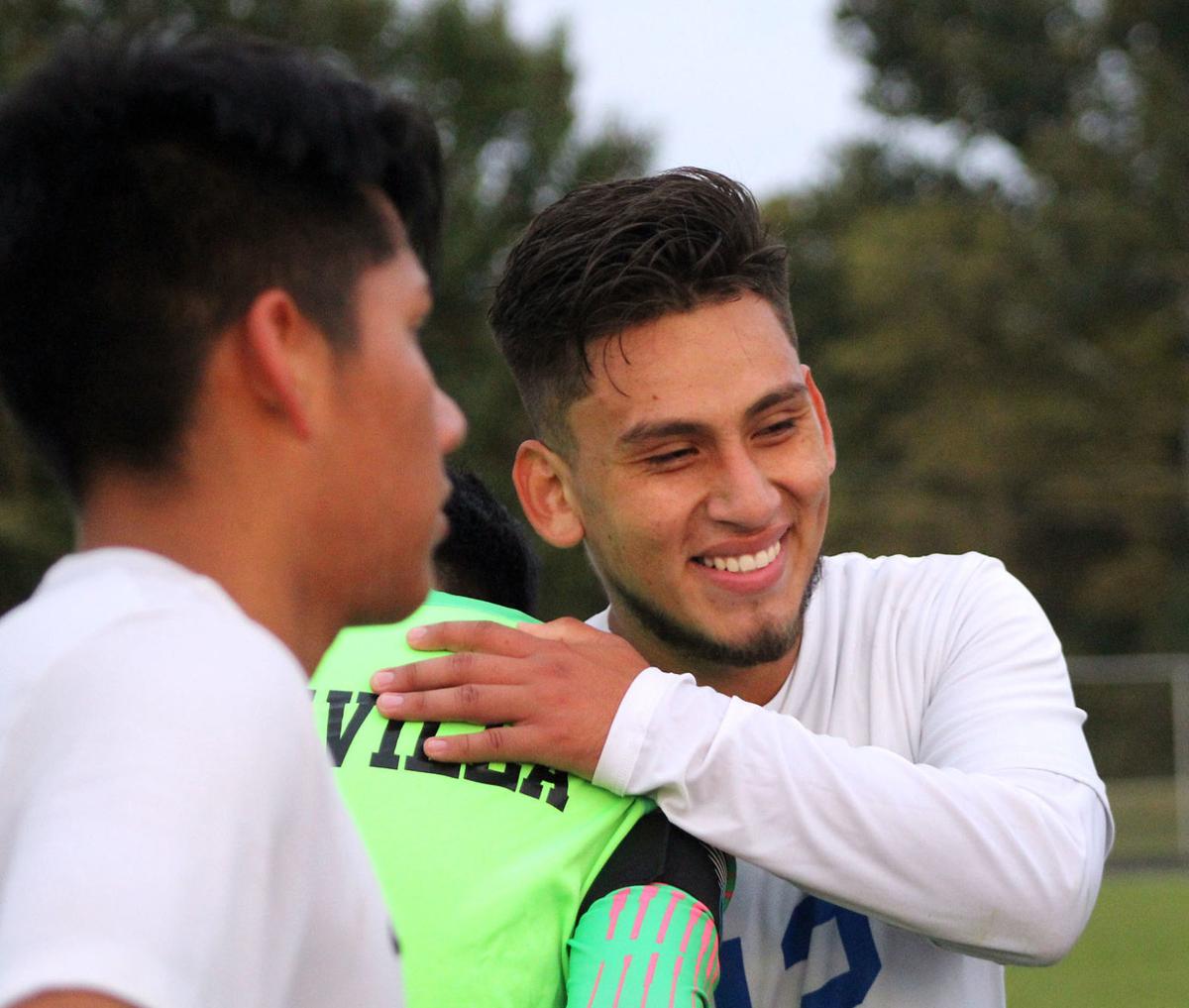 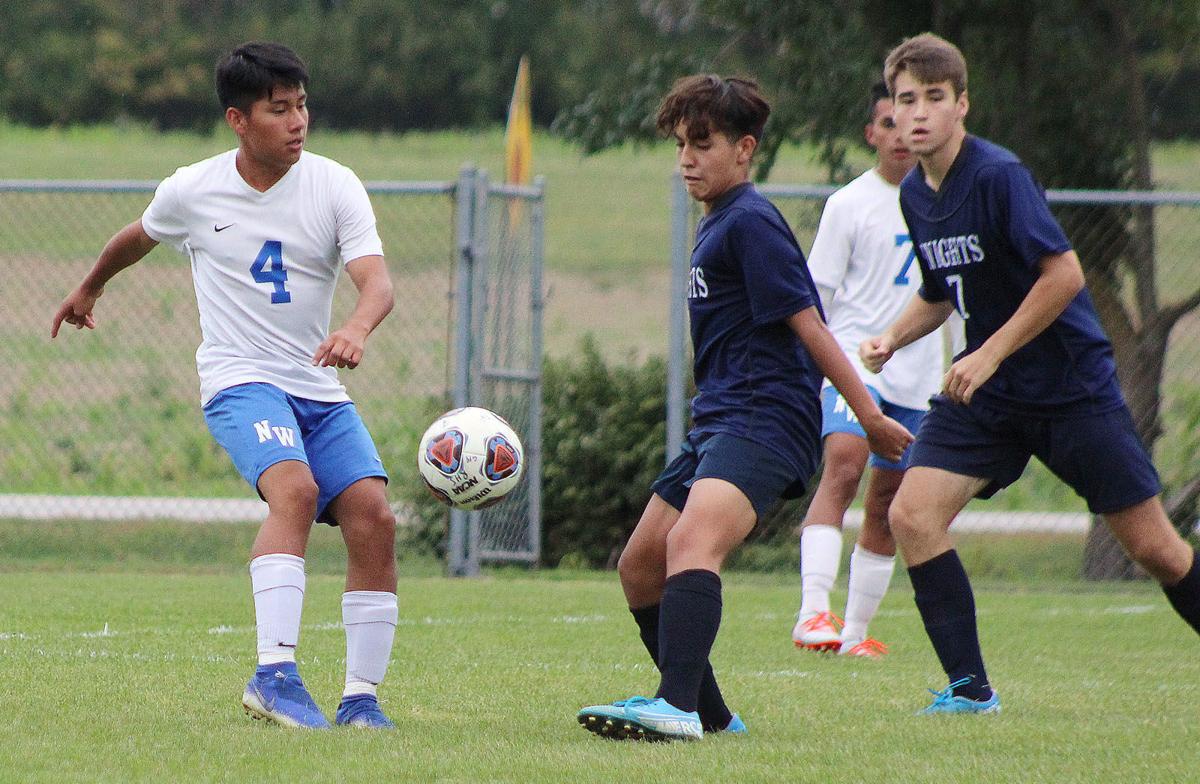 North White’s Pedro Matias-Gomez challenges for a ball during the Class A Rossville Sectional semifinal on Thursday in Rossville.

North White’s Kevin Rubio-Garcia dribbles through traffic during the Class A Rossville Sectional semifinal on Thursday in Rossville.

North White’s Pedro Matias-Gomez challenges for a ball during the Class A Rossville Sectional semifinal on Thursday in Rossville.

The Vikings matched up with Lafayette Central Catholic at some point during the Class A Rossville Sectional tournament — the championship match in 2017, and the opening round in 2018. Each time, North White fell — by a goal for the title, and two the next season.

By luck of the draw, the two teams were paired together again this year — this time, in the sectional semifinal. Seniors Axcel Vasquez-Maravilla and Iverson Rodas have said all season long they craved winning another sectional title, as they did during North White’s inaugural season in 2015.

The pair gets a final chance Saturday after they and their teammates exacted two years’ worth of vengeance with a 4-1 victory against the Knights on Thursday. North White (12-3-2) will face Carroll (12-6) at 2 p.m.

“We’re happy. It was a great game,” Rodas-Cruz said. “Thank God for everything — like my teammate Axcel says, ‘We’re a family,’ and we give everything for that.”

The match was 1-1 at halftime because of a Lafayette Central Catholic corner kick that saw a clearance attempt hit off a North White player’s boot and bound past goalkeeper Diego Martinez-Maravilla into the Vikings’ net in the 29th minute.

Added Rodas-Cruz, “It’s just bad luck, but we have to have the mentality of a professional. We don’t have to give up, we have to keep going. That’s what we did.”

The second half started like the first — with North White being the aggressor. Two minutes into the stanza, Auner Ramirez and Vasquez-Maravilla are both streaking down the middle of the pitch — Vasquez-Maravilla has the ball, and Ramirez is to his right.

As two LCC defenders closed in, Vasquez-Maravilla passed off to Ramirez, who one-timed the ball into the net for the game-winner.

“I’ve been telling them all season long it doesn’t matter what the score is, we always have to keep fighting,” Boszor said. “Get to the point where we’re comfortable at keeping them honest. Never give up … pick up ourselves, keep our heads in the game and go.”

North White’s tenous lead held, even as the Vikings kept pressing for another tally and continously being the aggressor. At times, it was to their detriment. They were called for 10 fouls in the contest, and assessed two yellow cards.

The Knights were whistled for eight fouls and given one yellow card.

Aggression occurred, seemingly because while the smaller team, North White had an affinity to prove it could muscle up with the taller, somewhat bigger LCC squad. And the Vikings’ speed led the Knights to try an body players off the ball, or close off paths to the ball with multiple bodies.

“It’s the mentality,” Vasquez-Maravilla said of the size vs. speed argument. “If you know that you can beat the player, you can beat him. If you go with the mentality that you’re going to lose with that player, that’s not good.”

Speed winning out came in the 66th minute, when freshman Andie Menijvar outraced several Knights to corral a through-ball from a teammate, dribbled for a couple seconds, then rifled the ball past LCC keeper Peter Brown for a 3-1 edge.

Late in the contest, a Vasquez-Maravilla close range shot was blocked by a Knights body in blue — but the ball went right to Kevin Rubio-Garcia, whose shot went past Brown for the final score in the 78th minute.

“You gotta take every opportunity because it’s important,” said Vasquez-Maravilla, who added two assists to his 14th-minute score.

North White has allowed just 18 goals this season, with no more than two in all but one match, a 6-4 loss at West Lafayette. Even Thursday’s goal was arguably not the defense’s fault, though it was an own goal.

“They’re one of the best defense(s) I have played with,” Vasquez-Maravilla said. “They give everything. Even though they’re small, they don’t see small with the big players. They have the strength and everything.”

Partly cloudy skies during the morning hours will become overcast in the afternoon. High 58F. Winds E at 10 to 15 mph.