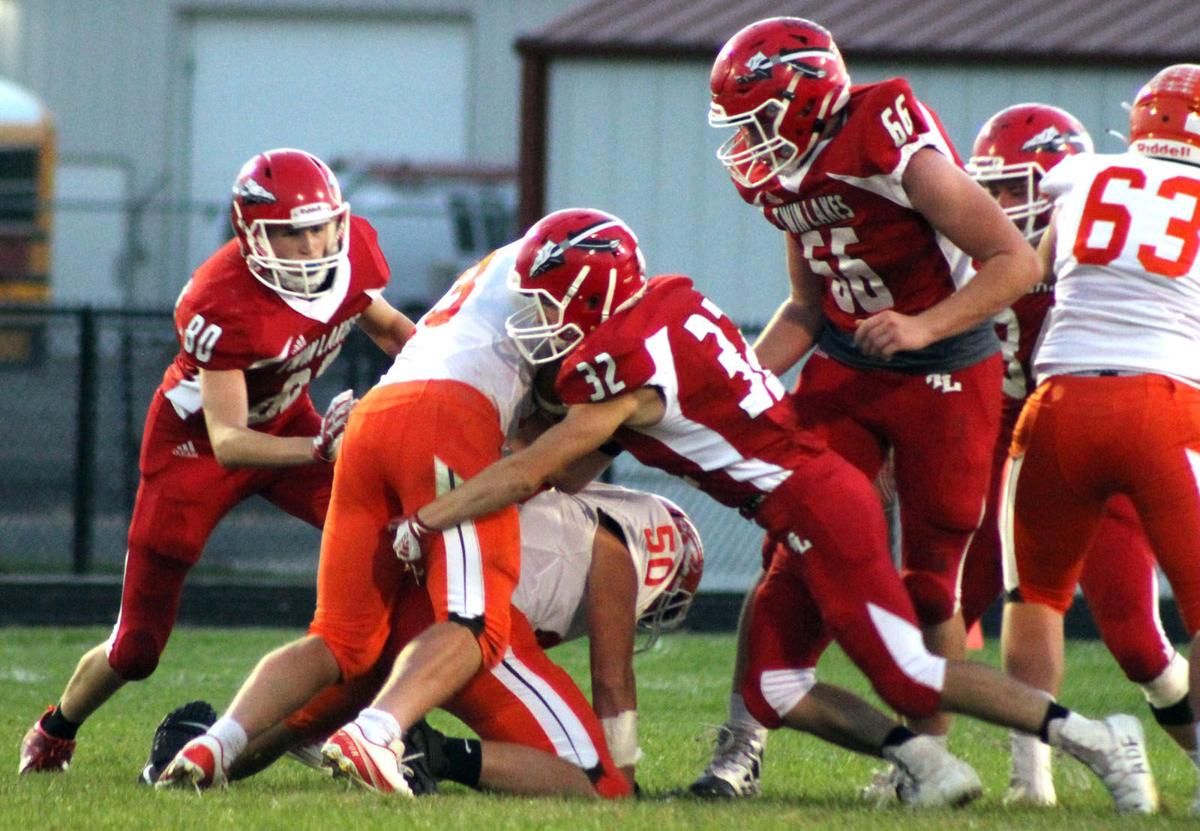 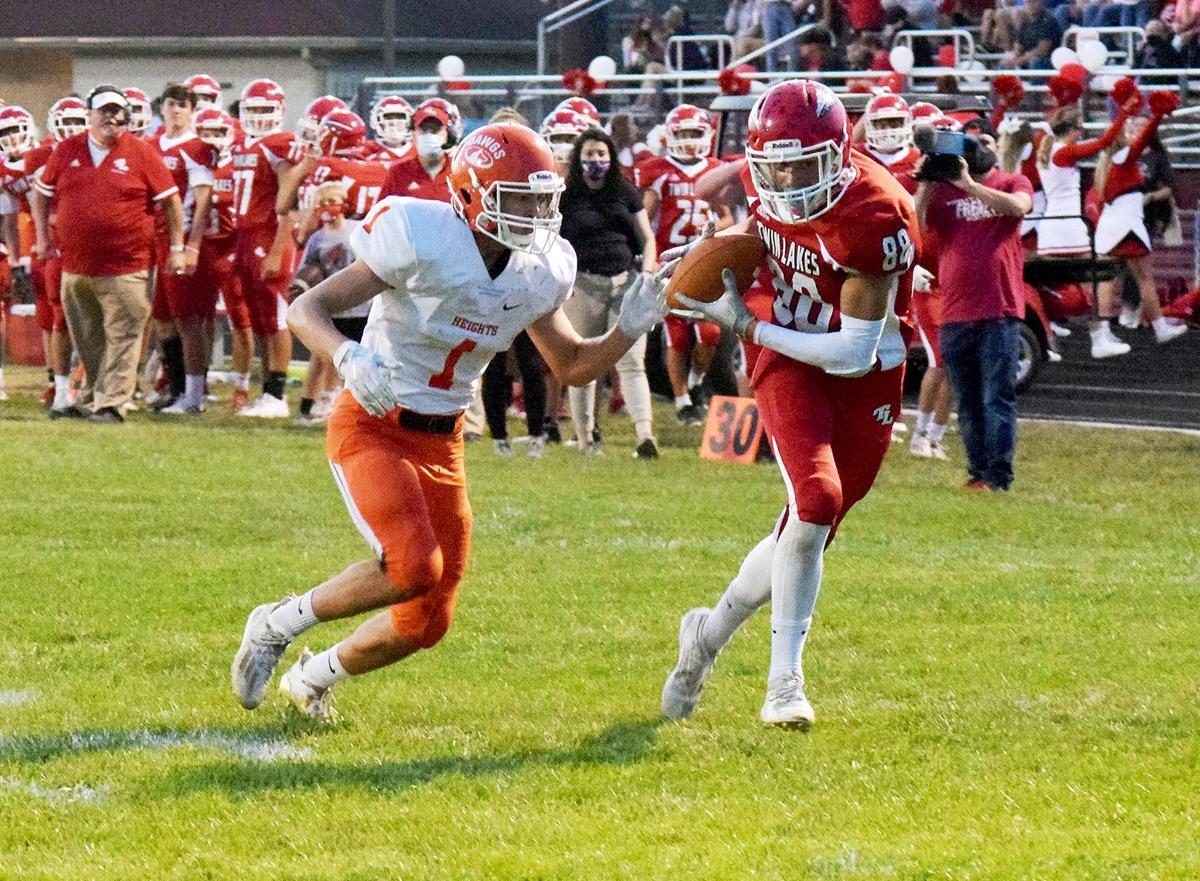 Twin Lakes' wide receiver Noah Johnston hauls in a pass for a touchdown reception against Hamilton Heights on Friday in Monticello. 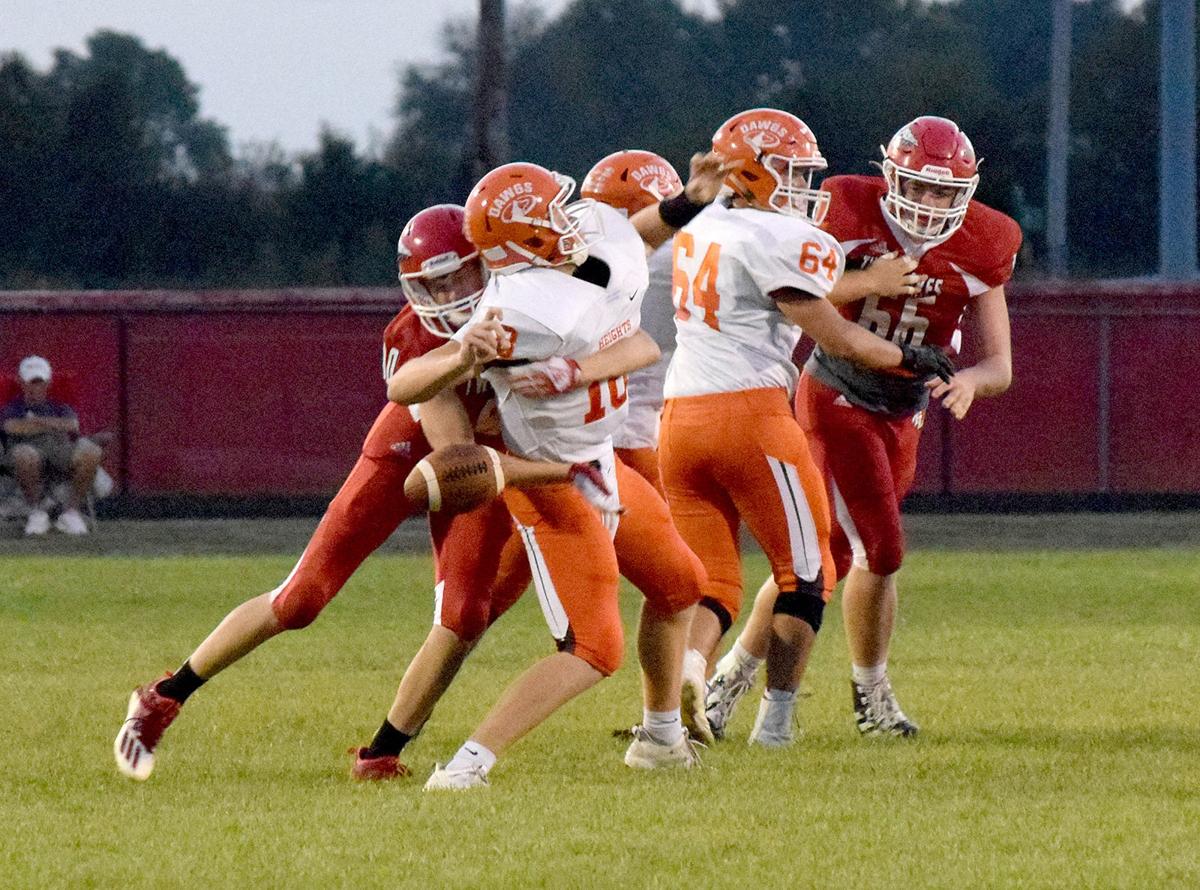 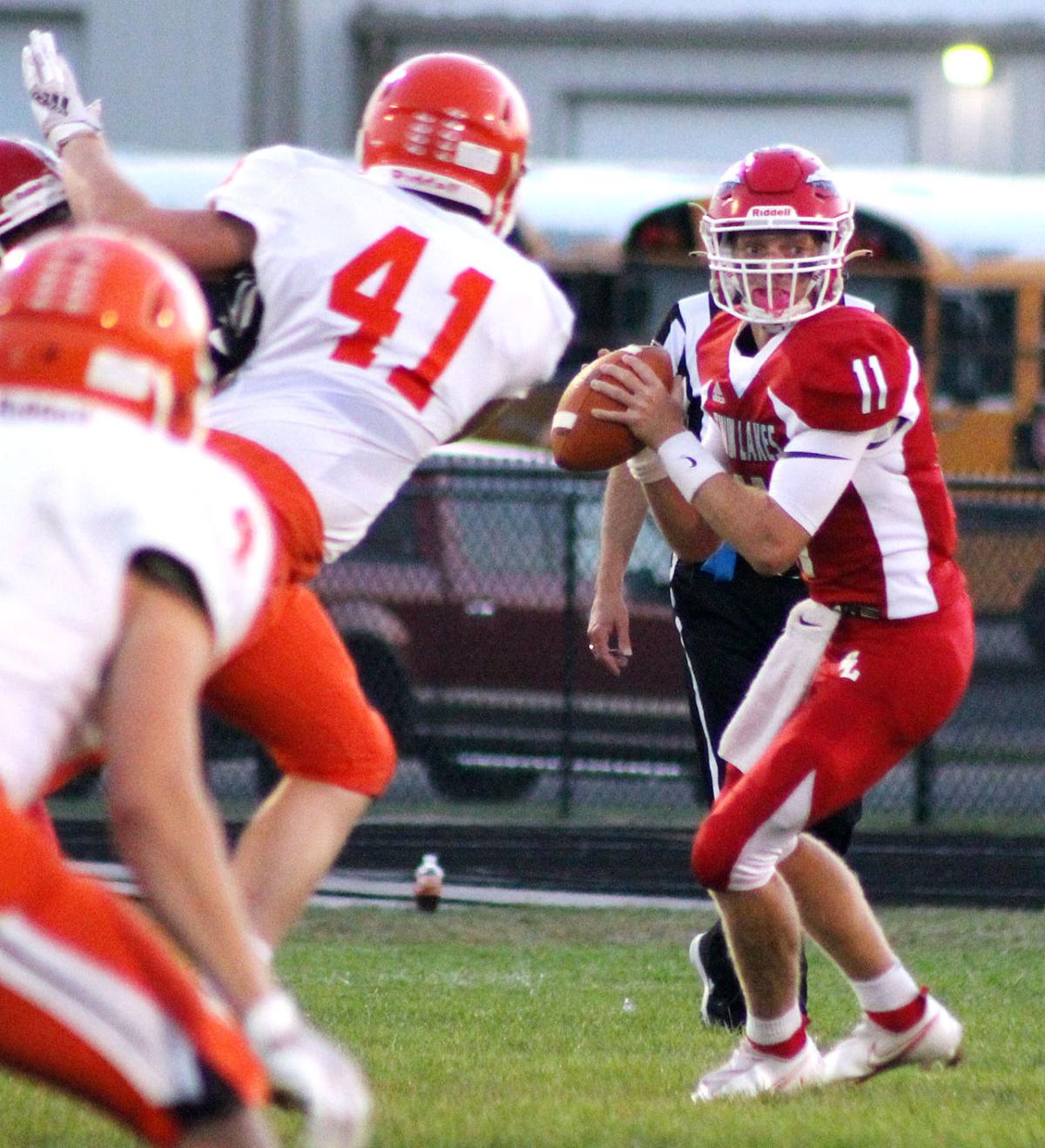 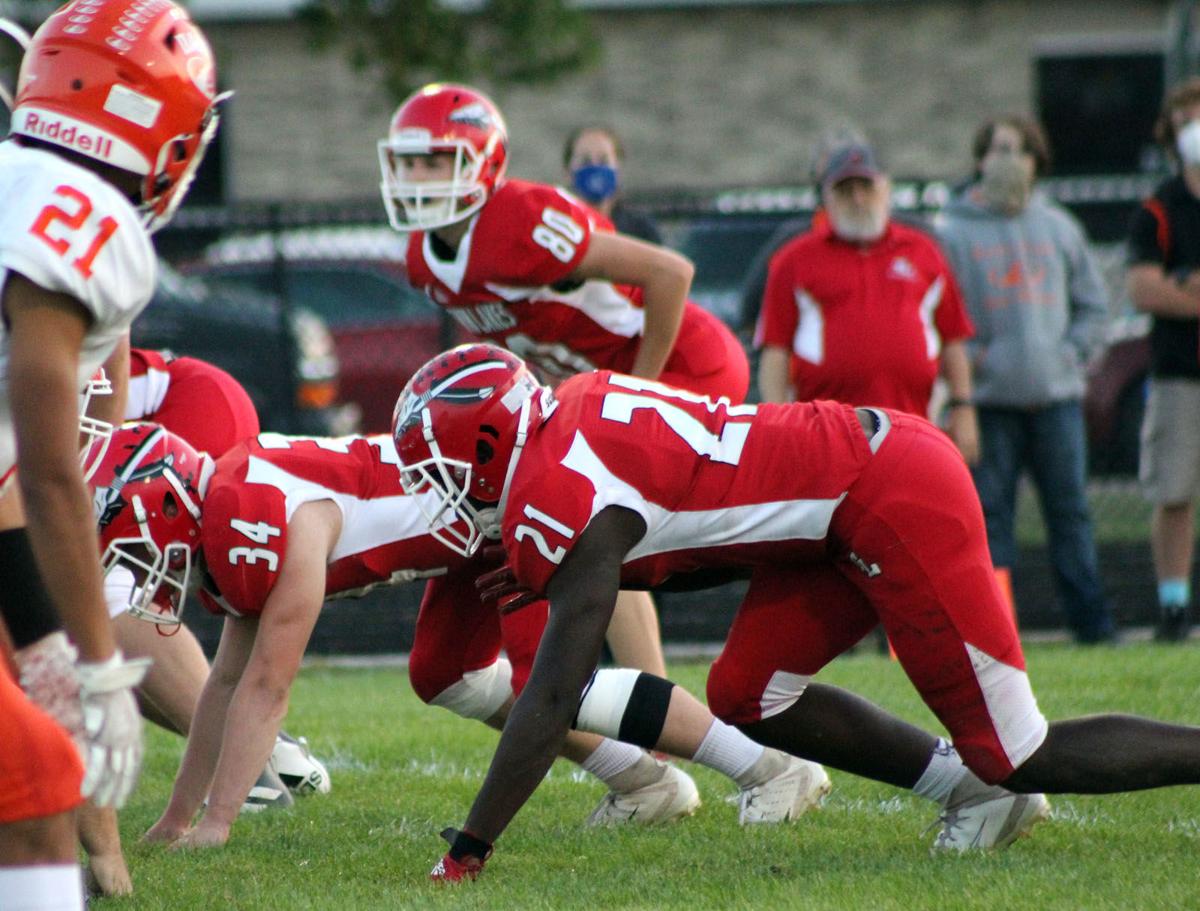 Tiwn Lakes' Jaylen Roush and Kayvion Jackson line up against Hamilton Heights on Friday in Monticello.

Twin Lakes' wide receiver Noah Johnston hauls in a pass for a touchdown reception against Hamilton Heights on Friday in Monticello.

Tiwn Lakes' Jaylen Roush and Kayvion Jackson line up against Hamilton Heights on Friday in Monticello.

It’s hard enough to stop a rush attack when a team has a solid feature back.

When it has two, it becomes harder.

“They’re a good football team, and we always play them well,” Kirschner said. “It was a great, hard fought game. It was a run game, and I love that. Very proud of my kids.”

Hulen utilized a Wildcat package implemented to rush for 169 yards and three scores. He ended an 8 minute, 36 second drive with a 6-yard run that gave the Huskies a 14-7 advantage in the second that they never yielded.

“It’s a designed package,” Kirschner said. “We kinda pick it at the right time, you know, and we like it in short-yardage situations. Sometimes we just need to roll and get the o-line blocking and driving forward and move.”

Eham ran for 143 yards and Hamilton Heights carried the ball 49 times for 324 yards.

“They did a nice job running the football,” Twin Lakes head coach Kevin Sayler said. “We’d seen the wildcat package they used … we felt like we had a pretty good plan and we didn’t executed well at times with that. We had guys not in the right spots with the run fits and they took advantage of it.”

Both coaches noted the visitors’ 14-7 lead could have been larger. The Huskies fumbled the ball three times in the first 24 minutes, with one leading to the game-tying touchdown late in the first quarter.

One play later, Lewis Dellinger hit Noah Johnston in stride deep, with Johnston catching the ball around the 12, and crossing the end zone just before the Huskies’ Blake Johnson pulled him out of bounds.

Colin Seymour’s extra point made it 7-7. Sayler noted it was one of the lone bright spots on the night. Dellinger was 15 for 27 for 188 yards and two touchdowns, but threw three interceptions and lost a fumble.

The Indians ran for 28 yards.

“We have to execute better. That’s the bottom line,” Sayler said. “We didn’t run the ball like we want to. And the pass game — we felt like we had an advantage there and we just turned the ball over too much.

“It was one of those nights where we didn’t finish drives and we had turnovers and it came back to bite us. We just have to be more consistent.”

Windy with a few clouds from time to time. Temps nearly steady in the mid to upper 30s. Winds NW at 20 to 30 mph. Higher wind gusts possible.