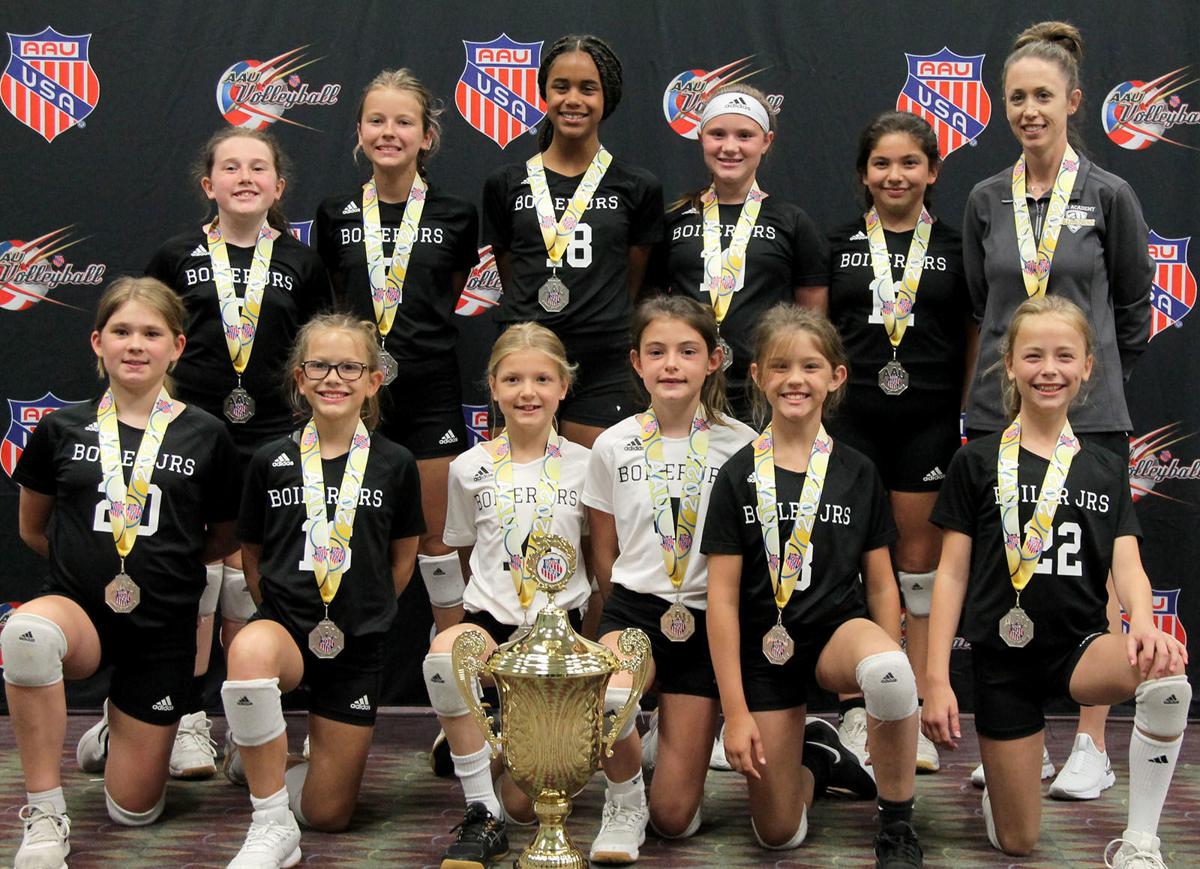 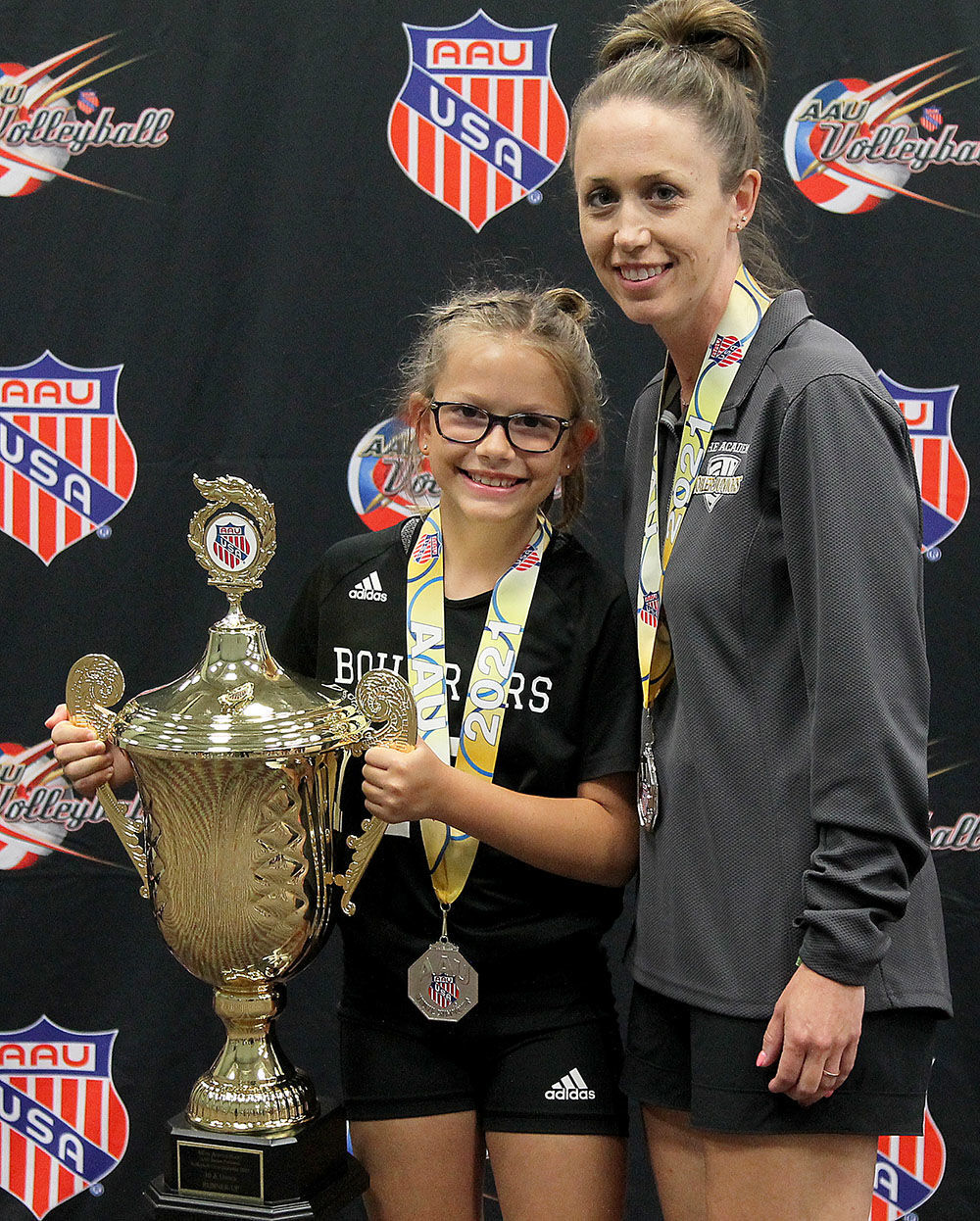 Kendall Segal and her coach/mom, Becky Segal, pose with the runners-up trophy from the AAU volleyball national championship match in Orlando, Fla.

Kendall Segal and her coach/mom, Becky Segal, pose with the runners-up trophy from the AAU volleyball national championship match in Orlando, Fla.

BROOKSTON — They came oh, so close.

Becky Segal, Frontier’s head volleyball coach, and her daughter, Kendall, were part of the Boiler Juniors 10 Gold squad that finished runners-up in the AAU volleyball national championship match this week in Orlando, Fla.

Becky is also the head coach of the Boiler Juniors 10 Gold while Kendall, a student at Frontier Elementary School, is listed on the team’s roster as a defensive specialist.

The team competed through four days of volleyball action, reaching the 10U Division national title match Monday against Vaqueras Juan, of Puerto Rico.

Coach Segal couldn’t be reached for comment because she and the team were returning to Indiana, but she posted several photos from the tournament on her social media page Monday night and early Tuesday.

IU football relishes chase to the top in 2021

Jeff Brohm sees 2021 as year Purdue proves its worth

“10 Gold has an amazing tournament finishing runner-up at the AAU National Tournament! We are so proud of this group! The future of Boiler Juniors is bright,” she wrote.

This season, the team finished with a 51-11 overall record. Along with a second-place finish at the AAU National Championship, the girls won seven tournaments this season, including the Smack Academy Invite (Feb. 27-28, Indianapolis), Adidas Bluegrass (April 10-11, Louisville, Ky.) and the Adidas Naptown Jamboree (April 24-25, Indianapolis).

Boiler Juniors, based in Lafayette, are members of The Academy Volleyball Club, in Indianapolis, which it joined in 2018. It offers club teams, camps and clinics, lessons, tournaments and more. The Academy also includes Grand Park in Westfield, and Northern Lakes in Plymouth as members.