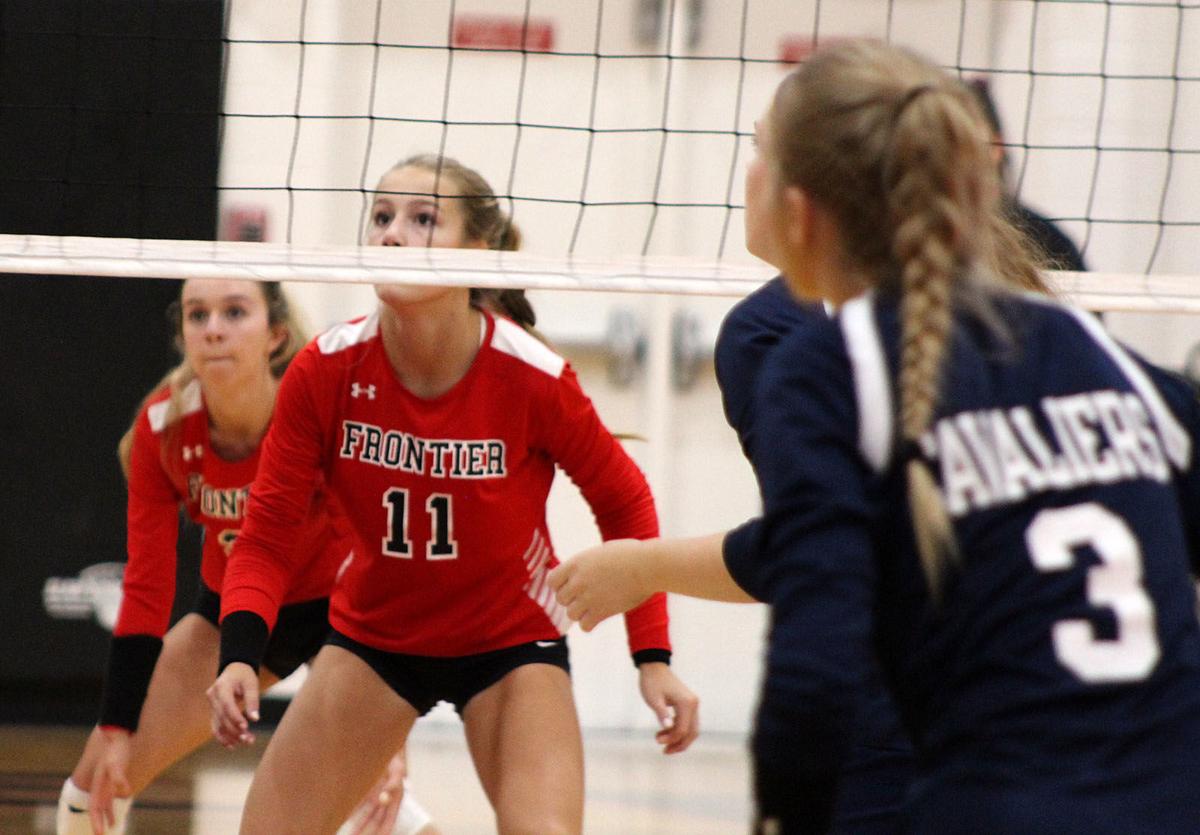 Frontier’s Emma Segal (11) and Camy Clapper and Tri-County’s Peyton Melchi watch action play out during a Midwest Conference match on Tuesday in Chalmers. 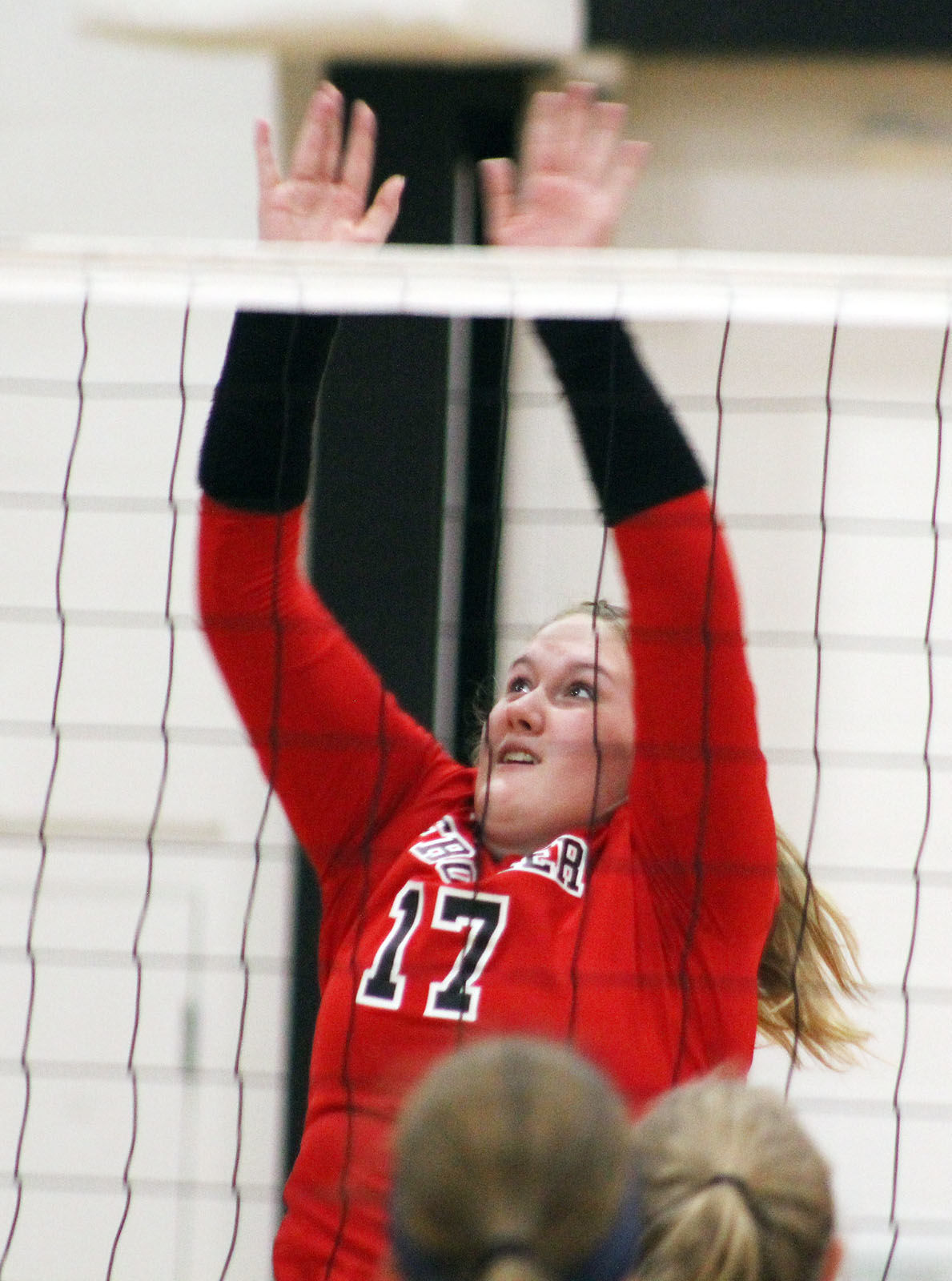 Frontier’ Olivia Newcom goes up for a block during a Midwest Conference match against Tri-County on Tuesday in Chalmers.

Frontier’s Emma Segal (11) and Camy Clapper and Tri-County’s Peyton Melchi watch action play out during a Midwest Conference match on Tuesday in Chalmers.

Frontier’ Olivia Newcom goes up for a block during a Midwest Conference match against Tri-County on Tuesday in Chalmers.

But Frontier never faltered Tuesday night, and moved to 3-0 against Midwest Conference opponents with a 25-8, 25-16, 25-9 win against Tri-County. The Falcons snapped a two-match losing streak off the strength of 19 aces, 27 kills and 27 opponent errors.

“What we said tonight was we need to focus on the fundamentals,” head coach Becky Segal said. “The last couple games we made a lot more errors than we (did) the first four, and we got into that ‘trying to do too much’ mode when we just needed to come out and do the fundamentals. That’s what our focus was … and I think it showed with our serving (and) our attacking.”

The Cavaliers (1-8, 0-2) were beset by errors in every set, and collected just a handful of true offensive points. Tri-County garnered roughly 20 of its 32 points off Frontier miscues, adding 10 kills and a few aces.

“I believe we prepare our kids the best we can for each match. Sometimes we lose our focus,” Tri-County head coach Andrea Gretencord said. “We seem to dwell on things. We seem to allow teams to get on a run, like four or five in a row. We have to learn how to side out, and I think it all starts with confidence.”

Three Falcons mistakes in the span of four points pulled the visiting team within 16-9 in the second set. Senior Myah Alberts dropped consecutive kills to pull within 18-11, and the Cavaliers later staved off set point when Frontier committed back-to-back errors but did not get closer.

“We started off very slow in game one and I thought we picked it up a little bit in game two,” Gretencord said. “We just couldn’t close things.”

The Falcons surged ahead 9-3 in the opening set on a 6-0 run. They then reeled off another four points for a 13-4 advantage. Frontier kept moving, a handful of points at a time, until the set was over.

It became 10-3 on back-to-back kills from Emma Segal and an ace from Alexis Johnson. Segal’s two aces and two Tri-County errors made up a four-point spurt for a 15-5 lead.

After the Cavaliers pulled within 19-12, Frontier scored four in a row and ended the set on a 6-4 rally.

A seven-point run gave the hosts a 12-3 third-set lead, and an 8-0 spurt gave the Falcons enough of an edge to coast to the end.

Alberts registered five kills and one ace for Tri-County.