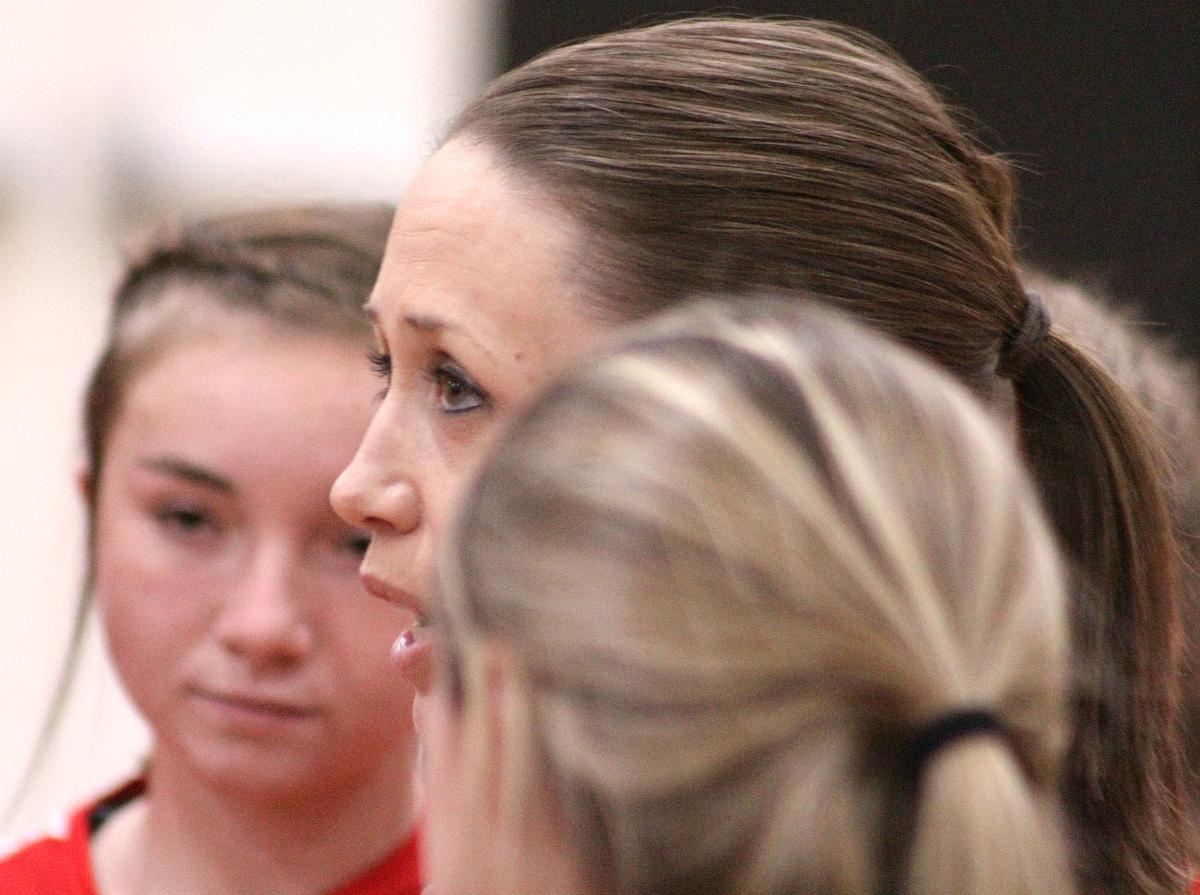 Frontier head coach Becky Segal speaks with her team during a Frontier Sectional quarterfinal against South Newton on Thursday in Chalmers. 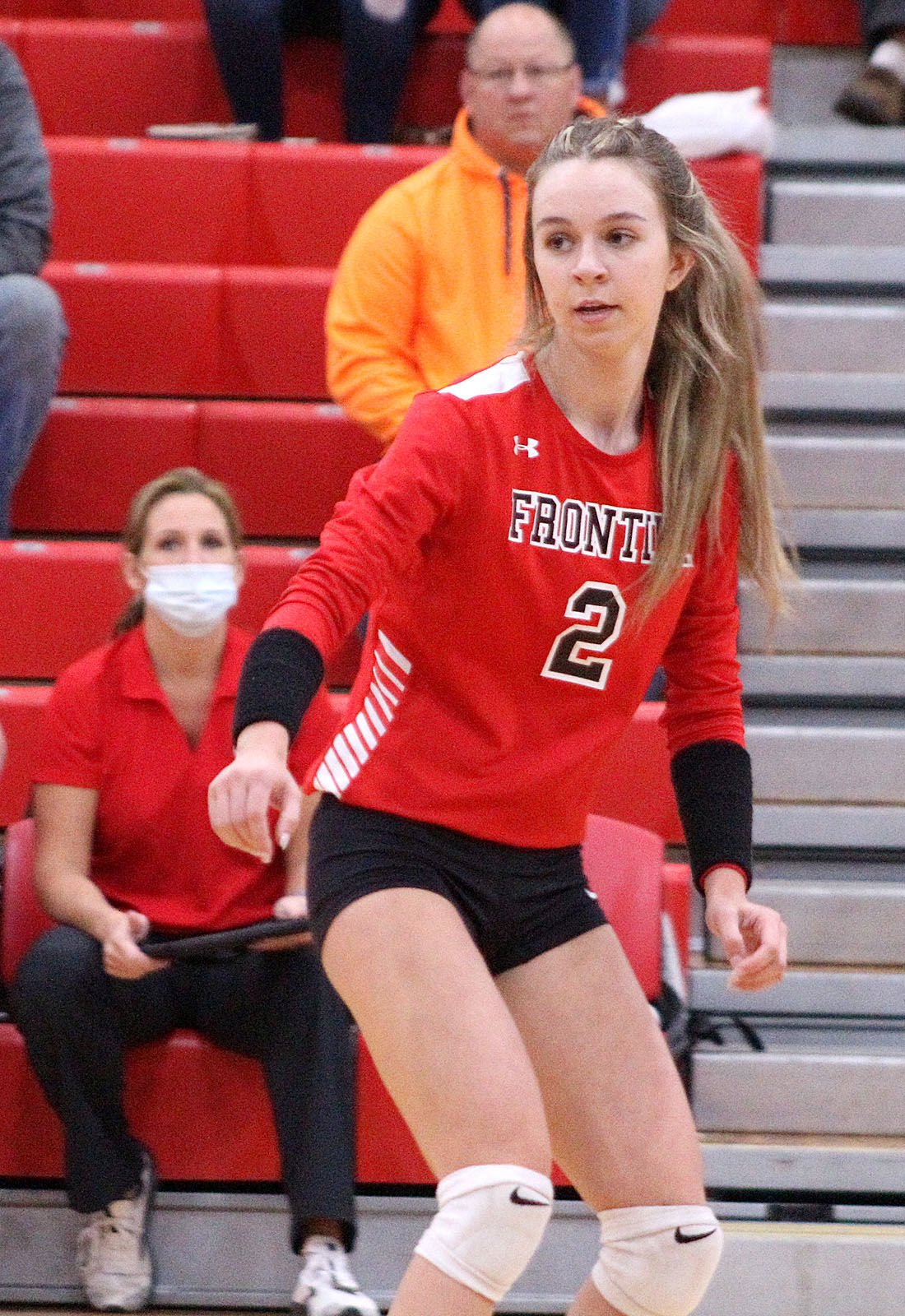 Frontier head coach Becky Segal speaks with her team during a Frontier Sectional quarterfinal against South Newton on Thursday in Chalmers.

CHALMERS — Emma Segal stood next to her mother and coach, Becky.

There was a semi-blank expression on her face as a South Newton parent offered words of encouragement both Segals.

Emma gave a small smile, but the mind was in another place.

Be aggressive. Strike hard. Maintain the gameplan. For nearly every single point Thursday night, Frontier did just that in its Class 1A Frontier Sectional quarterfinal against Midwest Conference foe South Newton.

“Yes, you hate the loss,” coach Segal said. “But by far that was the best that team has played all year.

It was. In a bid to become only the fifth team to take a set from South Newton (19-10) in a loss, Frontier matched its foe point-for-point in the opening frame, and pulled ahead 10-7 on a Rebels hitting error, a block from Olivia Newcom and a kill from Emma Segal.

South Newton’s run continued as a kill from Samantha Warren and an ace from Lexi Cripe gave the visitors a 21-20 lead.

Cripe put down a kill for another Rebels lead, and topped it off with an ace.

Frontier committed 11 service errors in the match, with five in the first set.

“And we were still point for point with them,” coach Segal said. “We went all out in that first set — in the match.”

The Rebels surged ahead 6-2 in the second set, and led 20-14 before the Falcons clambered back to score five of the next six points scored. Frontier continued to close the gap, but couldn’t even the scoreline before the set ended.

“We started to dig back out in the second set, but it was just a little bit too late,” coach Segal said. “We still had a little momentum, and carried it through the third. At the end, we just let a couple things snowball.”

Flipping the table, Frontier opened the third frame with a 6-2 advantage. The Falcons led 12-5, then 14-7. Segal’s team pushed ahead 19-10 off kills from Mady op den Kelder, Emily Bell and Clapper, and were five points away (20-11) from pulling the set out.

South Newton closed within 20-15 on two kills, an ace from Abby Carroll and a Falcons hitting error. The tournament host still had its edge, and was on set point after Alexis Johnson’s ace put the score at 24-16.

Then Warren went to work.

South Newton’s middle blocker put down one kill, then another, then a block for a 24-19 deficit. Cripe dropped in a kill, then Warren scored another kill for a 24-1 score.

The Rebels’ run continued as the Falcons committed three consecutive errors to silence nearly everyone not wearing South Rebels gear in the stands.

An Emma Segal kill gave Frontier a shot at set point again, but South Newton then took a 26-25 lead. Despite staving off elimination once, the set and match ended on a Cripe kill and sent the Rebels into a celebration.

In all, the Rebels went on a 12-2 run after Johnson’s ace gave her team its first shot at set point.

Asked if her team’s youth — it has one senior and two juniors — played a part in some of the ebbs and flows, coach Segal demurred.

“Maybe a little, but our youth is very experienced in volleyball, in high-level competition. Maybe you can attribute it to some of that, but not fully,” she said. “It was our gameplan — keep them out of system. And it worked at times. Just we didn’t push through there.”

Warren (17) and Cripe (15) combined for 32 of the Rebels’ 39 kills. Cripe added five aces and a block, while Warren collected five blocks.

“You’re not going to put ‘moral victory’ in the win column,” coach Segal said. “ But here we have one senior and we return everybody that was out on the floor tonight.

“And that breeds hope. And it tells me it’s time to get to work. I’m smiling, because I’m excited for the years to come.”

The Indians collected just 19 points in a 25-4, 25-7, 25-8 loss to Crawfordsville in the opening round of the Benton Central Sectional on Thursday in Oxford.