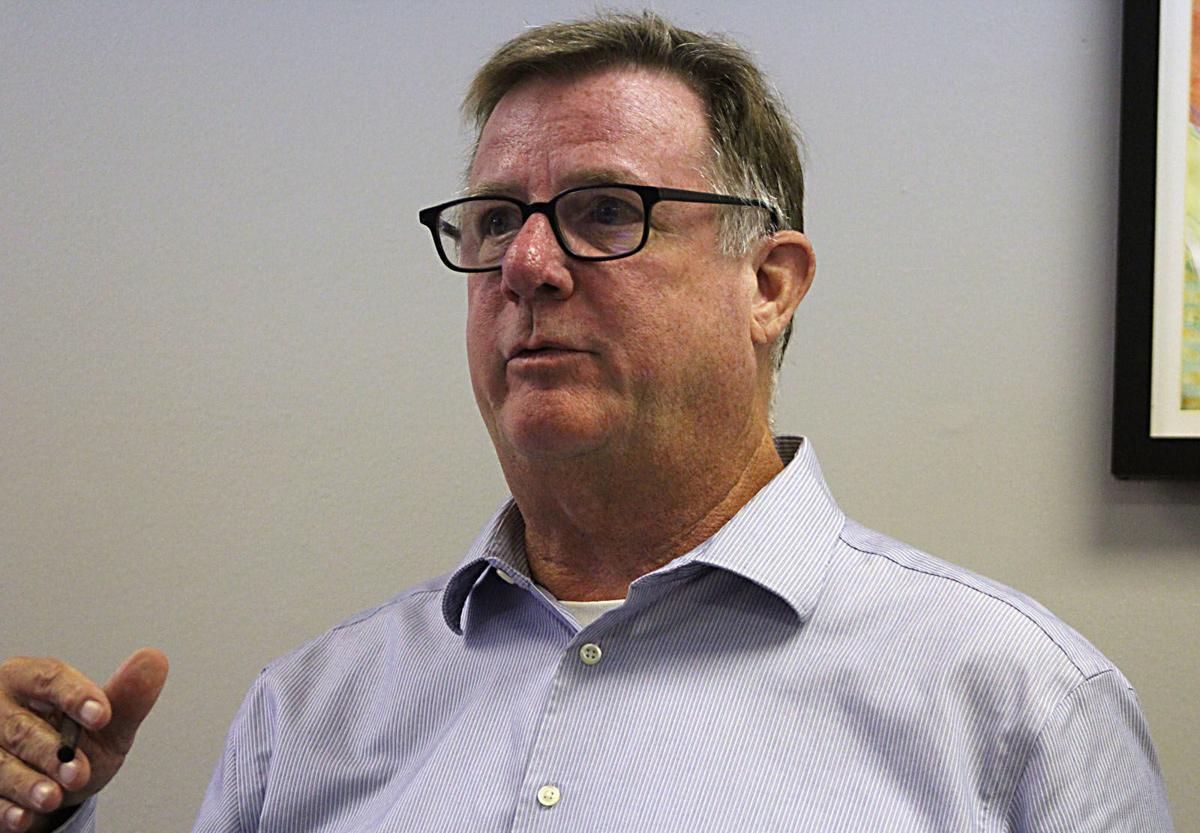 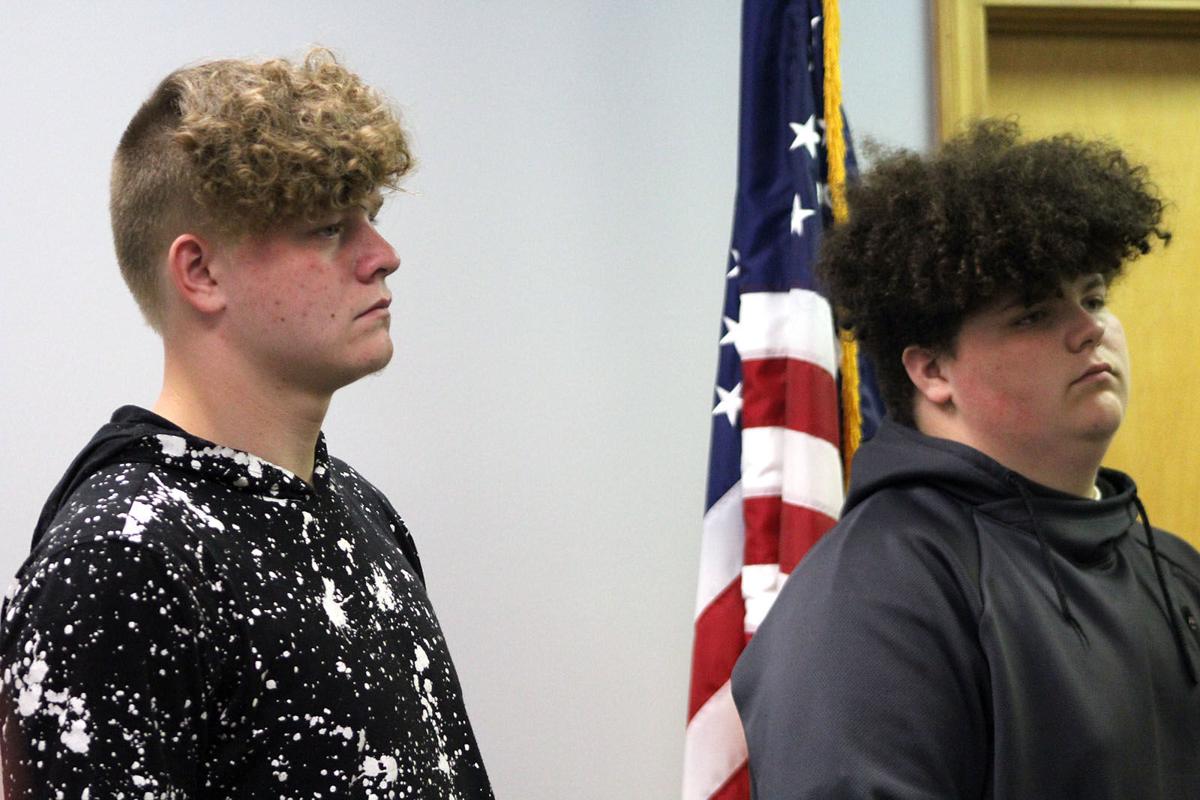 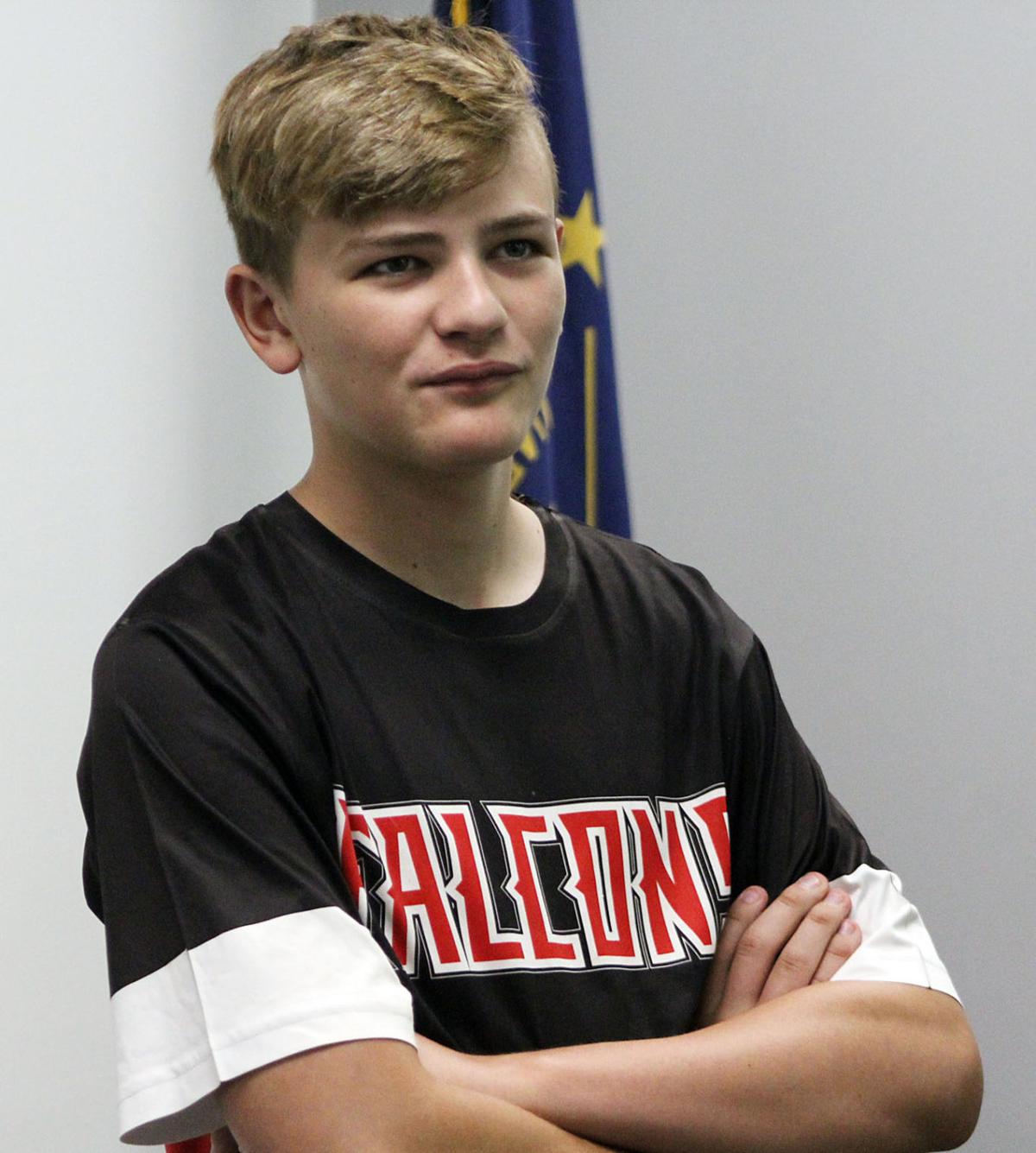 Those four words were posed as a question to new Frontier boys basketball coach William Bland during a recent meet-and-greet session at Superintendent Dan Sichting’s office.

There was a pause. Chuckles followed from nearly everyone in attendance, including Bland.

“I was telling the board that,” he said after the laughter. “I was like, ‘I know people are going to ask that question, because I’ve asked myself that question.’ But my life has been that way.

“It makes sense to me. It might not make sense to you, but it does to me.”

Bland began his third coaching stint July 1 by moving from Costa Rica to Chalmers to take over Frontier’s boys basketball program. His business, Casa Rio Montaña in Sámara, Costa Rica, is self-sustaining at this point, which allowed him to get back into coaching, he told the 20 or so parents and athletes who gathered to glean information on the new coach.

Bland took over for Joe Smith, who resigned after five seasons and a 31-67 record.

Though Costa Rica has closed its borders during the ongoing coronavirus health emergency, his hospitality business — renting out houses and Air BnBs — is steady because many ex-pats remain in the country and obviously need homes to stay in.

“So I got lucky in that I get to do this, instead of fixing plumbing or a lot of other things,” he joked. “I’ll save those Costa Rica stories for another day.”

Noted Frontier Athletic Director Troy Burgess, “He’s been in the game of basketball for a long time. He’s coached at every level — junior high, high school, small college. He brings a lot of experience to the table for us.”

Bland opened his coaching career at St. Gregory High School in Chicago in the mid-1980s after graduating from North Park College. He moved to Division I St. Bonaventure University as an assistant coach, then joined the staff at Division II St. Joseph’s College in Rensselaer for five seasons in the mid-1990s. He ascended to head coach a year after joining the staff.

Next was a move to an organization that offered him a combination of business and coaching, alongside traveling the world. The organization was eventually enveloped by People-to-People International, which reincorporated in 1995.

“I think the same things that feed me as an individual fed me in the business world and coaching world,” Bland said of both his coaching sabbaticals. “I was coaching at St. Joseph’s, then had this opportunity to travel while still being involved in coaching and with athletes all over the world.

“That led to something else, which I really believed in, (in) People to People. That opportunity led to moving to Spokane, Wash., and the organization meant a lot to me. Then came a time where I needed to take a break.”

His second coaching stint began in 2008 at Freeman High School in Spokane. Bland closed his first season with a 20-3 record, and held a 39-10 mark after two seasons. He posted winning records and double-digit victories in three of his five seasons, but left in 2012-13 and returned to the business world.

Bland’s return to coaching in 2009 coincided with his son entering elementary school. In 2020, Bland’s son will be an 18-year-old senior, and the elder Bland wants to spend time with the youngster and watch his hockey career continue to blossom.

“It wasn’t just one thing” that brought Bland back to coaching, he said. “This is something I knew I always wanted to do, to get back to. Just like I knew I wanted to go someplace in the world to start a business, and I did that. That’s done, so now I get to move on and do this.”

Again, it’s reiterated — Costa Rica to Chalmers. That connection is three decades strong, according to Bland.

“I always knew if I had a chance to go back into coaching, I’d only do it if I had a chance to work with someone I knew,” he said. “Knowing (Frontier Superintendent Daniel) Sichting, what he stands for and what he’s building here, that’s the reason it made sense to me.”

The pair connected when Bland was at St. Gregory and Sichting coached in Indiana. They met at a summer camp, struck up a friendship and stayed in communication since then.

“Any time you have an opportunity to get someone with his type of experience … he’s been in that field almost his whole life,” Burgess said. “You get someone like that, you want to take advantage of it.

“We felt like we’ve got a very good basketball coach, and he’s a good person. I feel like he’s not only going to be good for our program, but for our school and community.”

Bland and Sichting traded a couple playful barbs while recalling their initial meeting, and Bland told those gathered he didn’t have much else to offer aside from a backstory and an initial workout date.

“I left Costa Rica on June 30 with a suitcase and a half full of stuff. I don’t even have a bed yet,” he said when asked about his coaching staff. “I haven’t met anyone yet. So I can’t comment on that, because I don’t know.”

During the meeting, he went through a few basic beliefs and on-court philosophies. The work is all centered on man-to-man, aggressive defense.

“I’ve been with enough teams and played enough myself to know you can’t always count on scoring,” he said. “Sometimes, you’re just off. But you can always count on playing hard, and playing defense.”

At the other end, he’s a big proponent of today’s NBA style of spacing the court and hopes to utilize components of the old Princeton-style sets as well in an up-tempo halfcourt. He is also a proponent of multi-sport athletes, noting the consistent conditioning and workout intertwined within a full athletic calendar.

Bland also ascribes to the whole-teaching method, accountability and responsibility from every coach and player, and that each member on the team is part of a larger team — the school and community on the whole. He was taught by his coaches “100 percent accuracy, 100 percent honesty, no surprises,” and reiterated communication from the top down is critical.

“Every member of the team is just as important as the next,” he added. “We all just have different roles. I want to hear what you want to do, what you like and don’t like. Coaches must make the game fun, and we need input to help. We’re all in it together, and the coaches should support the players.”