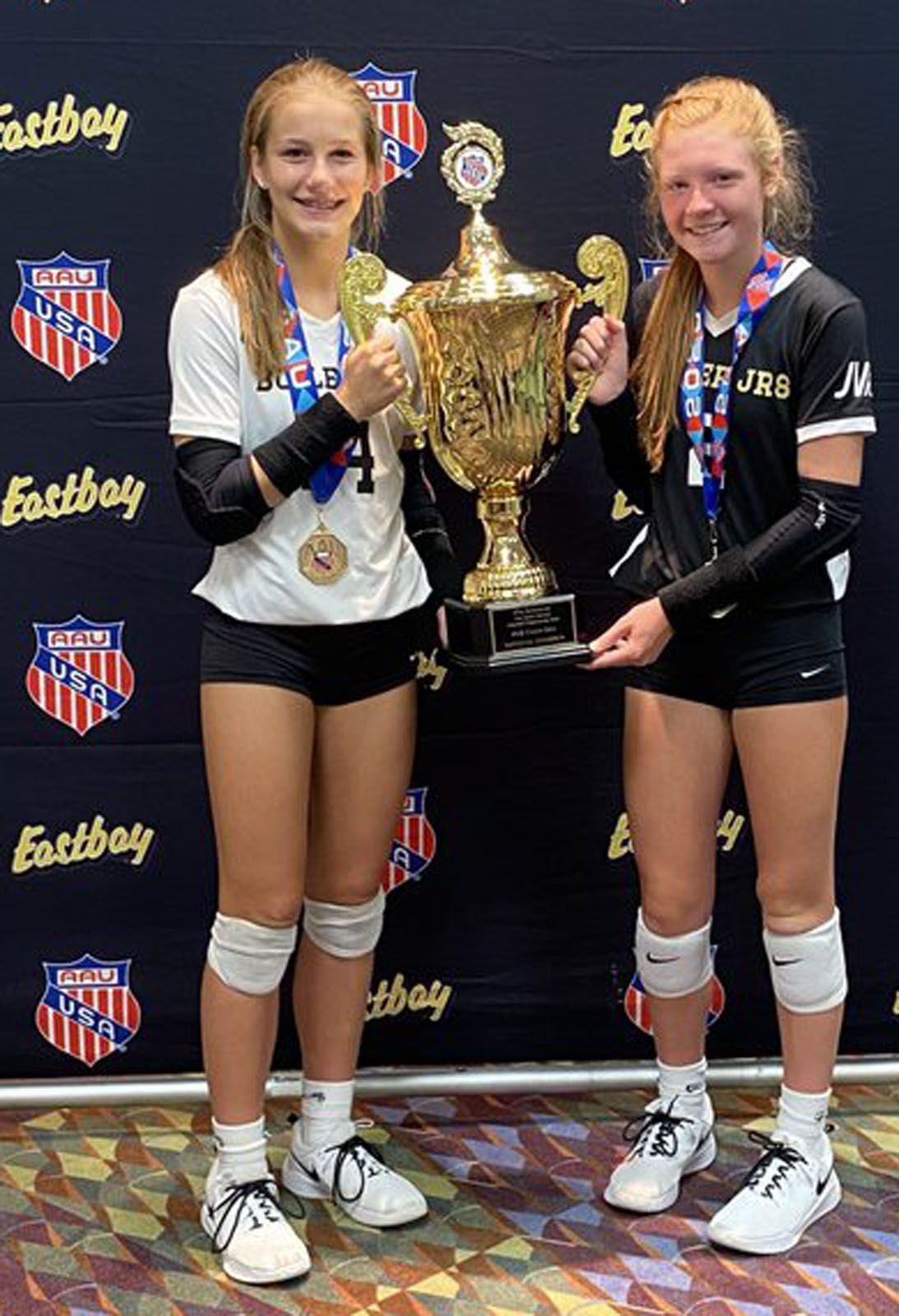 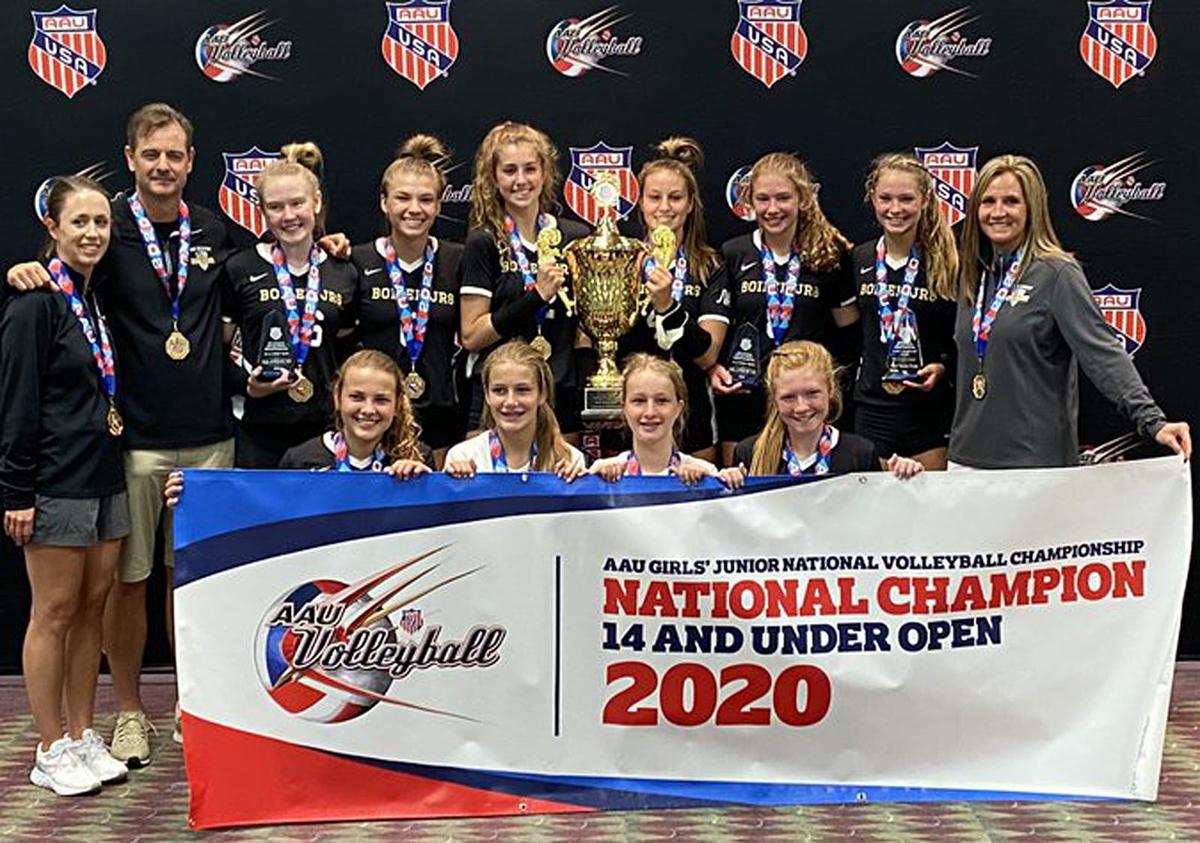 The Boiler Juniors 14-Under Gold team poses with their national championship banner after winning the 14 Open Division of the 47th AAU national volleyball championships.

The Boiler Juniors 14-Under Gold team poses with their national championship banner after winning the 14 Open Division of the 47th AAU national volleyball championships.

How does it feel?

Smiles slowly break on the faces of Emily Bell and Emma Segal as they recall winning their bracket of the 47th AAU national championships last week. The pair of incoming Frontier high school freshmen are members of the Boiler Juniors 14 and Under Gold club volleyball team.

The 10-girl team has played together for as many as six years, with Bell and Segal joining a group of four five years ago and staying together while moving through the club’s age groups.

“They’ve gotten to the gold (championship pool), they just hadn’t (won it all),” added Becky Segal, Emma’s mother and another assistant coach under John Shondell.

“They put in the work. … It was nice to see them finally get that win.”

Shondell took a pair of Boiler Juniors club teams — the 14U Gold and 12U Gold — to Orlando, Fla., to compete July 15-22. The Bells and Segals felt the team was more than ready despite a long training layoff because of the current coronavirus pandemic.

“We worked hard every single day,” Emily Bell said. “We had practice even when we had school (to finish up).”

The Boiler 14Us four-day foray in their 14 Open bracket consisted of three pool play rounds, a crossover match to determine overall seed in the final six-team tournament bracket. The club went 6-1, with just a two-set loss to Miami (Fla.) Xtreme 14 Elite in a Sunday pool play match as the lone blemish.

The club went 2-0 on Monday and Tuesday, then faced the Xtreme 14 Elite in a crossover match Tuesday to determine one of the undefeated teams for bracket play. After falling 25-17, 25-23 in Sunday’s pool play match, the Boiler Juniors team bested Miami, 20-25, 25-17, 15-9. Shondell’s club finished pool play with a 9-1 record.

“It was a lot more intense,” Emma said of the second matchup against Miami. “Their parents were very, very loud, trying to get into our heads. We let that happen the first game we played them. The second game, we weren’t distracted by it.”

Added her mother, Becky, “They realized that once we got a couple of kills, it shut (those parents) down. The girls realized, ‘Hey, if we make these plays, they quit the chatter.’ Once they started to get that, it went really well.”

The club spent time Monday and Tuesday watching film in anticipation of facing Miami again. The study sessions paid off.

All four alluded to the club’s adaptation and camaraderie as big keys to earning the latter wins against Miami.

“That’s what this team strives off of. We said (to them), ‘Make your own noise,’” Laura Bell said. “And it shut (Miami’s parents and players) down. We played with more attitude and energy, and that’s what we strive off of.”

Thunderstorms - some locally heavy downpours are possible, especially during the afternoon hours. High around 55F. Winds E at 5 to 10 mph. Chance of rain 80%.