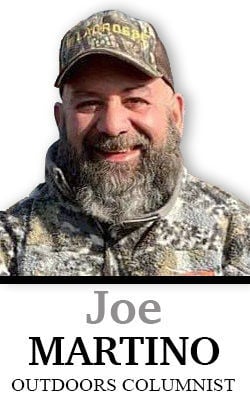 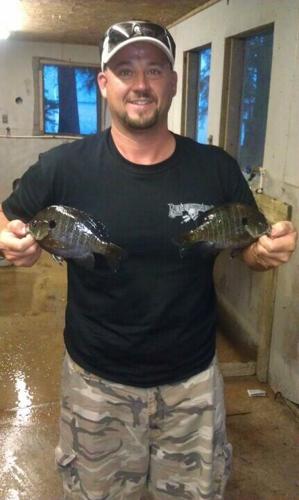 Martino’s friend Jason Burns holds a couple of the blue gill he caught. 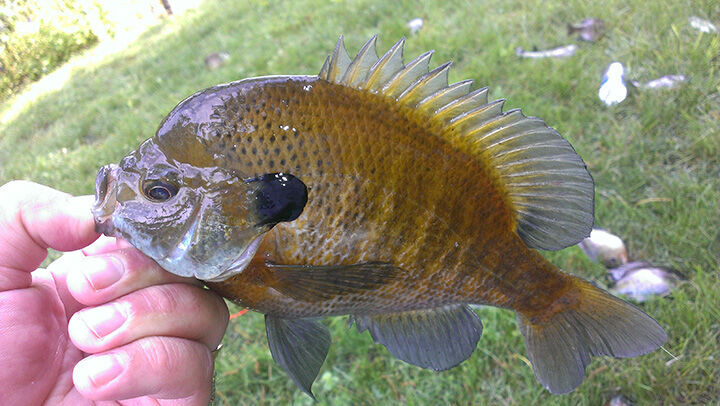 Martino’s friend Jason Burns holds a couple of the blue gill he caught.

The bluegills have spawned and all that remains on the shallow shorelines are the still visible honeycombed shaped depressions that served as their nests during May and June. Catching bluegills during the pre-spawn and spawning periods can equate to some really fast action, but what do you do once they have completed the spawn? Well, these spunky little fish are still a prime target in the heat of summer. Just don’t expect to catch them by the hundreds, and play out your techniques a bit differently.

As one of the areas most sought after panfish, the bluegill has fishermen making regular weekend trips in search of their sweet filets. The bluegill – for some reason – is usually thought of as an easy fish to catch, due in large parts to the prevalence and abundance of this panfish.

There are times, however, when slab ‘gills are anything but easy, thus sometimes duping anglers looking for a mess of fish. While there numbers are plentiful in many area lakes and reservoirs, and they can spawn multiple times a summer, there are still times when some techniques will far outperform others – and times when certain techniques can yield a strike-out.

I remember one fishing trip in particular years ago when a change in technique made all the difference. A friend and I were fishing a small farm pond and we hadn’t boated a fish in a couple of hours, and we only had a few bites at all. The lack of action had made me lazy and I simply kept watching my bobber. My friend decided to start jigging his bobber, continuously lightly popping it back towards the boat. Almost immediately he began getting strikes. It didn’t take long before I began employing his technique. As long as we kept the bait in constant motion by popping it back towards the boat, we consistently caught fish, but if we let the bait sit, the action would quickly halt.

It is also common for most of us to instinctively fish shallow when searching for bluegills. It is easy to feel that way when you see the males circling the nests near the shoreline, but during the pre and post-spawn periods, the large females may be found in deeper water, from say six to ten or even twelve feet of water. Just as you would during the pre-spawn, begin targeting deeper water again to increase your hook-ups.

Sometimes baits and lures can also make a difference. I have seen times when certain jigs or spinners outperformed others, or even when certain live baits put more fish in the basket than others. For this reason, consider switching it up a little if the action is slow.

Time of day can also be critical. While bluegills can be active all day long, peak times are usually mid morning and early evenings. I have noticed that once it gets dark, the bluegill bite stops.

Also, if you have been on fish when the action comes to a sudden stop, it is likely that a predator such as a catfish or a largemouth bass has moved into the area. Be patient, in my experience the action will return in half an hour or so. If it doesn’t, then try somewhere else for awhile.

Remember, even with what most people see as the least finicky fish, bluegills, just like any other fish, will tell you what they want if you pay attention. Experimenting with different presentations, retrieves, depths and areas will yield more fish. Sure, often times simply tossing a worm or cricket in the right places will yield enough gills to keep you happy, but when the fish are fickle, mix things up until the fish let you know what will work that day.

Sure, as the heat of summer kicks in, you aren’t going to catch messes of fish like you could a month ago, but you still ought to be able to nab enough to keep it interesting.

Cloudy in the morning with scattered thunderstorms developing later in the day. High around 85F. Winds W at 5 to 10 mph. Chance of rain 40%.