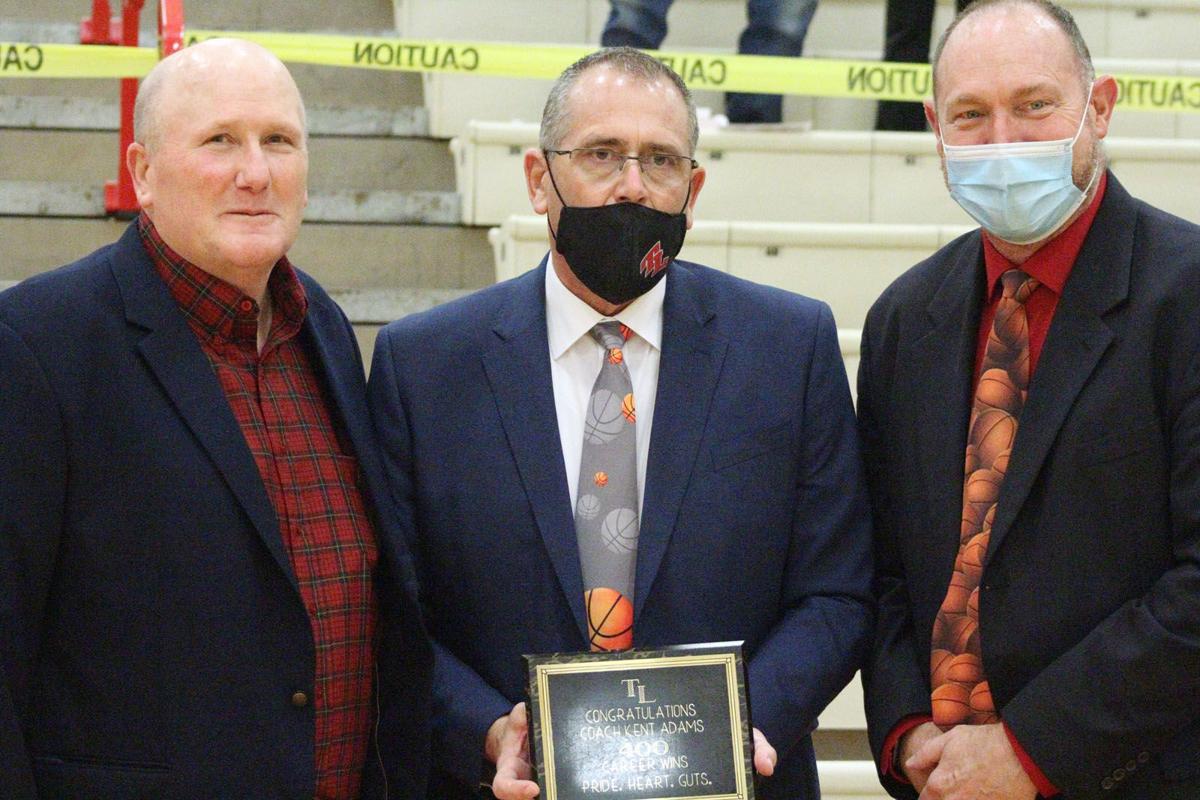 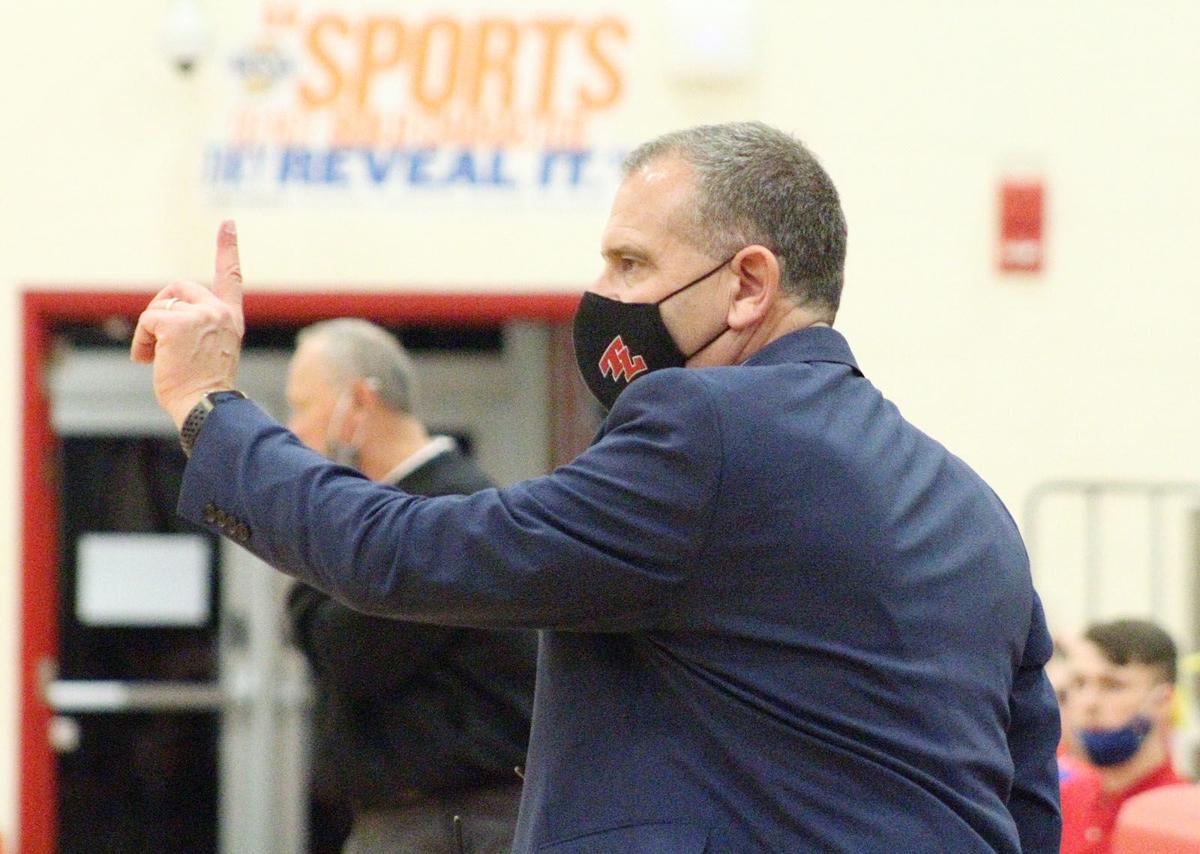 “I don’t remember whom we played, but we lost the first game of the year,” the longtime boys basketball assistant coach recalled Saturday night. “We were on the road, coming back, and (Twin Lakes head coach Kent Adams) was just sour and everything.

“I remember turning to him and saying, ‘That’s all right. They have to learn the program, learn your way of coaching. Don’t worry about it. We’ll win the sectional.’”

Twin Lakes collected a 78-59 loss at Tri-County on November 28, 1996. New head coach Kent Adams referenced “losing composure” and “poor leadership” in his comments to the Herald Journal after the loss.

The 1996-1997 season was the final year of the one-class sectional in the state of Indiana. Twin Lakes was the host and closed the sectional off with a 71-64 win against Delphi for the sixth sectional championship in Indians’ history.

“I remember him looking at me like, ‘You have to be kidding me. There is no way we can get it’ during the ride home, ” Waymouth added. “And we ended up doing it.”

The all-class sectional tournament is just one a handful of memories Waymouth and assistant coach Jim Conrad joked about Saturday night after Twin Lakes earned win No. 401 for Adams. He’s currently ranked 23rd on the list of active coaches,

Conrad and Waymouth have been with Adams from the start, when he came to Monticello with 100 career wins after eight seasons between Caston and Mishawaka.

“We won the final J&C Hoops Classic before it was taken over by Franciscan,” Conrad said. “And we won that title on his birthday. It was his birthday present.”

Adams’ 400th career win (66-34 against Elwood) was part of a whirlwind weekend. Twin Lakes was supposed to play at North Judson on Friday, but instead hosted both the Panthers and Fountain Central in a 24-hour period.

Never one to pat his back, he joked Friday, “It just means I’ve been around a long time” then expressed gratitude toward the Twin Lakes School Corporation for hiring him, and then allowing him to be the school’s athletic director. He took charge of that position in 2008.

Adams’ first team — the one with the opening loss at Tri-County — finished the year with a 9-14 record, just the third time in Adams’ first 24 seasons Twin Lakes was under .500. Waymouth and Conrad guessed Saturday night it was no more than three and attributed Adams’ philosophy of maintaining an even keel to keeping Twin Lakes so successful.

Three is the exact amount — two nine-win seasons and a three-win year. Every other one is at or above .500, whether 11-11, 12-11, or 25-4 in 2016-17. The Indians earned the first Regional and Semi-State championships in the school’s history and the program’s first state finals appearance that season.

“We didn’t have huge kids, just a team that played as a team,” said longtime Twin Lakes public address announcer Butch Kramer. “Kent brought that out, I think, even though those kids had played together a long time. But it felt like he got the most out of their talents.”

Its lineup stretched from 5-foot-10 to 6-foot-4, and displayed many hallmarks of Adams’ tenure. The top four scorers all were in double digits, but none averaged more than 13 per game. No one averaged more than seven rebounds a game, but at least three grabbed between four and seven per contest.

“His teams, even if they don’t have a huge amount of talent or size or whatever, he gets the most out of his players,” Kramer said.

“It’s a legacy we’re a part of. That’s big to say,” senior Lewis Dellinger said. “A lot of our wins are his coaching and pushing us through. He’s hard on us, but it’s for a good reason. History shows it’s paid off.”

Added junior Clayton Bridwell, “A lot of winning seasons. He gets the most out of each team he coaches, every year. He gets us prepared for each game — beyond prepared with all the details in the pamphlets he gives us.”

Conrad recalled the press conference after the championship loss, which he watched from the crowd. Flanked by players, Adams and the athletes remained resolute despite a buzzer-beating 73-71 loss.

“The reporters (around me) remarked as they were answering questions how even-keeled and balanced, how classy Kent is and his program is,” Conrad said. “The kids exemplified it that year. That was a group that bought in from start to end on how he runs his program.”

Histrionics aren’t a large part of Adams’ demeanor, on or off the court. It’s part of his ultimate goal.

“As a coach, your desire is to make players,” Waymouth said. “But at the same time, and along the way, you make young men. Kent’s made a lot of young men.”

They forced him, somewhat, to engage in nostalgia.

“I had a hard time getting anything done (Friday night) or (Saturday) because I had so many text messages and emails and well-wishers,” he said Saturday night. “That was really cool; I heard from a lot of people I hadn’t heard from in a long time.”

Though he deflects adulation at nearly every turn, those around him believe the praise is warranted for his role as coach and administrator.

“Kent’s got to give himself some credit in that, too,” Kramer said. “He puts in the work … he’s gotten himself a good coaching staff over the years, and some good players, but he’s the guy at the top You get the blame if anything goes wrong and he deserves the credit when it’s gone right.”

* Seven sectional championships (one at Caston, six at Twin Lakes)

* Seven sectional runner-ups (one at Caston, six at Twin Lakes)