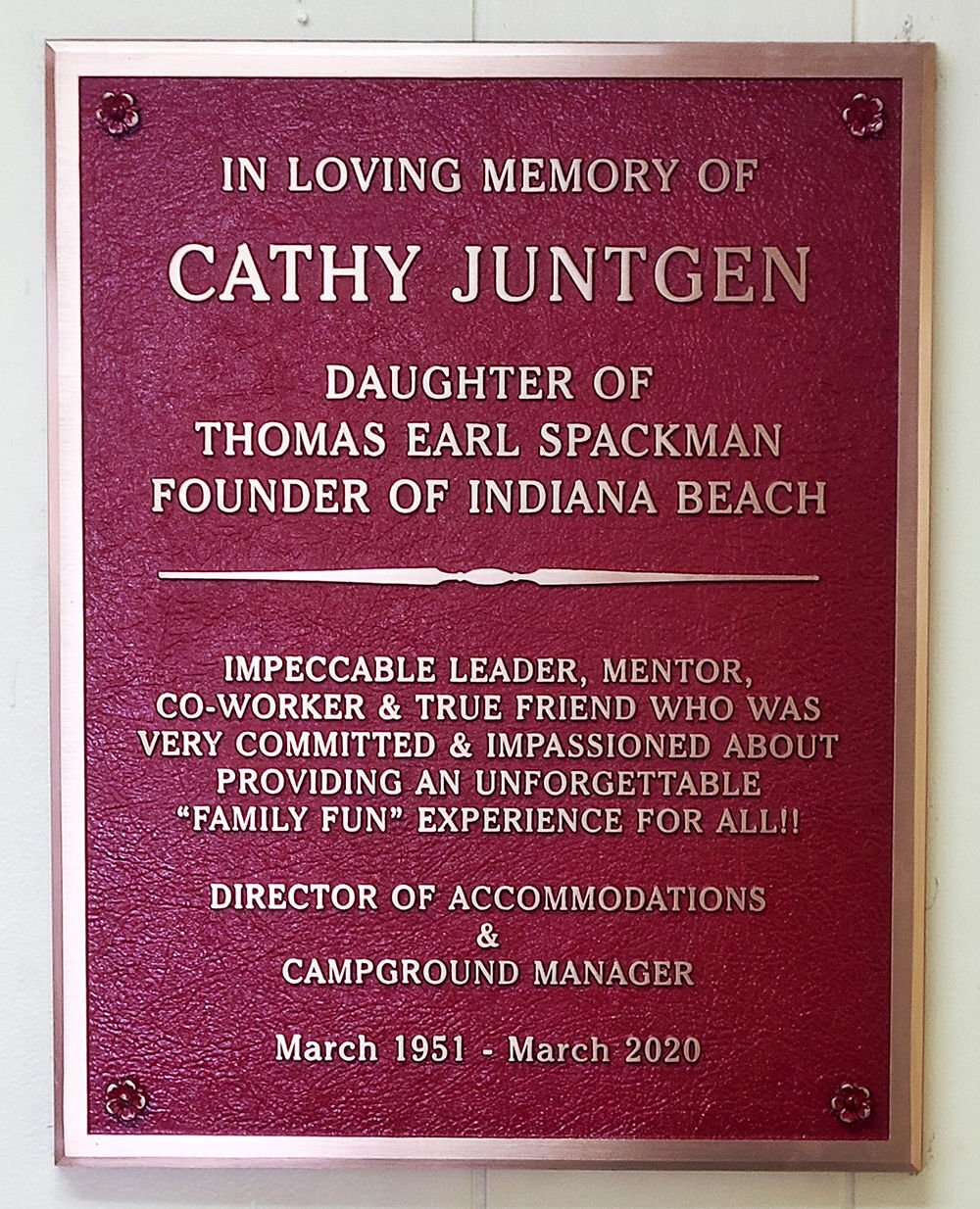 One of the three plaques that now hang in locations around Indiana Beach and the campground offices. 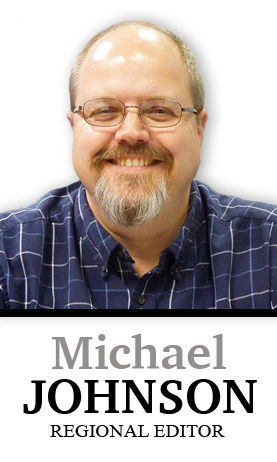 One of the three plaques that now hang in locations around Indiana Beach and the campground offices.

Steve Juntgen was adamant that Gene Staples didn’t have to do what he did.

Staples, owner of Indiana Beach Amusement and Water Park Resort in Monticello, Ind., had three memorial plaques made in recognition of Juntgen’s late wife, Cathy, for her years of service to, and connection with, the park.

In the summer of 1965, Steve was a performer in the park’s ski show and Cathy, the youngest daughter of Indiana Beach founders Tom and Helen Spackman, worked as a sound technician. He was 16 and Cathy 15.

The next summer, Cathy joined Steve in the water ski show. They spent many hours practicing and performing at IB. They became close and the rest, as they say, is history.

The couple performed their final ski show on July 17, 1970. They married the next day and never performed again. Instead, they began their life together, moved to Fort Wayne where they raised a family and owned a lawn care business.

After 18 years, they returned to Monticello where Cathy took a job as general manager of Indiana Beach campgrounds and director of accommodations for the resort.

That’s where she stayed until early 2000, when Cathy retired and learned she had cancer. She passed away about a month-and-a-half after Apex Parks Group had announced Indiana Beach’s “permanent closure” but less than two weeks before it was purchased by Staples.

“Cathy never met or talked to Mr. Staples, but he did hear a lot of good things about Cathy from employees and people that knew her,” Steve said. “It was with this and (Staples’) kind heart he approved three memorial plaques.”

Two plaques are placed in each campground office while the third is at the beach resort location.

The project was assigned to Andrea Page, the park’s director of finance. Steve said Page was “picky with all aspects the design,” including the wording, size and its border.

“(Page) told me the border had to be beveled for it distinguished quality — and Cathy was all of that and more,” Steve said.

Steve wanted to make sure Staples and Page received recognition for their efforts in honoring his late wife.

“She was a simple girl who never asked for anything but always gave with an open heart,” he said. “Cathy never mentioned her existence freely. She wanted to be liked for who she was.”

He lauded Staples for how he is steering Indiana Beach back to its pre-corporate ownership days.

“People need to know Mr. Staples has the drive and heart to carry (the Spackmans) tradition on and give the city what it has become known for, for so many years,” he said. “He truly has in him what I saw in Cathy’s father — the gift to make people have fun.”