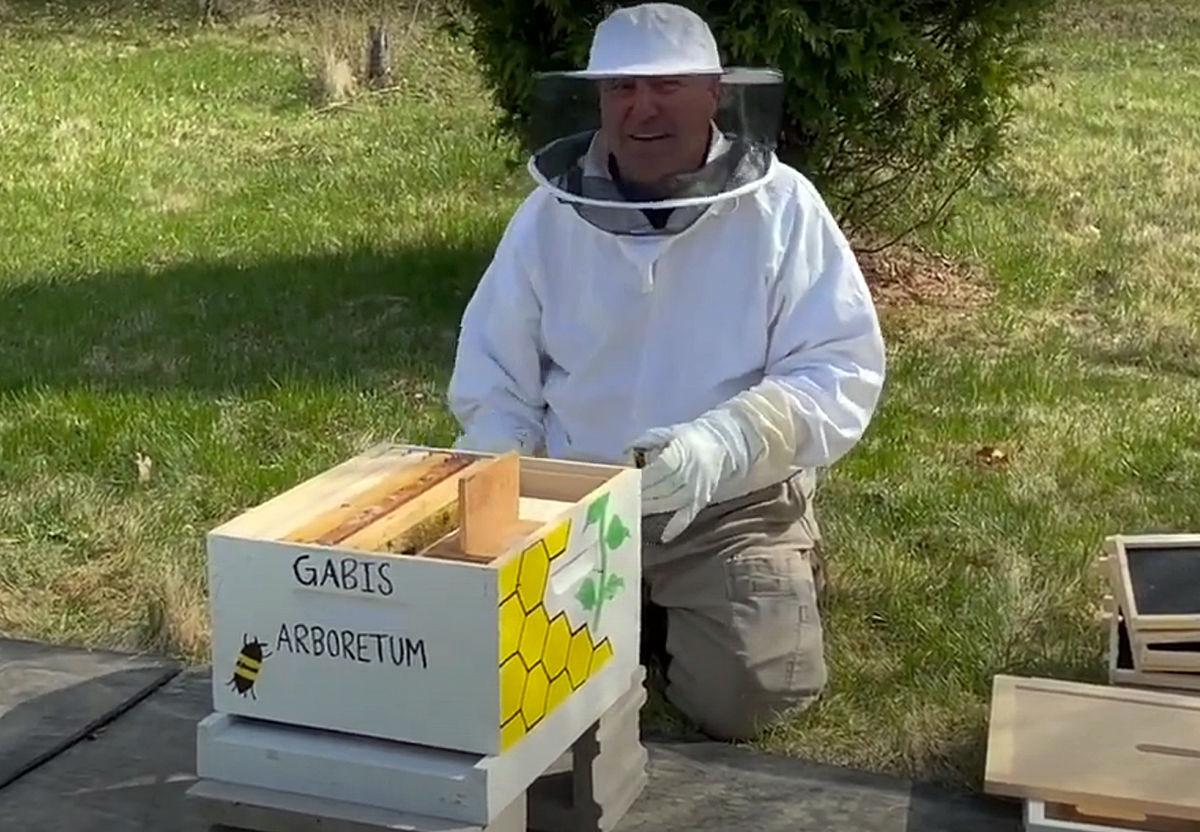 John Bachmann, grounds and landscape manager at PNW, tends to one of the beehives at Gabis Arboretum at Purdue Northwest. 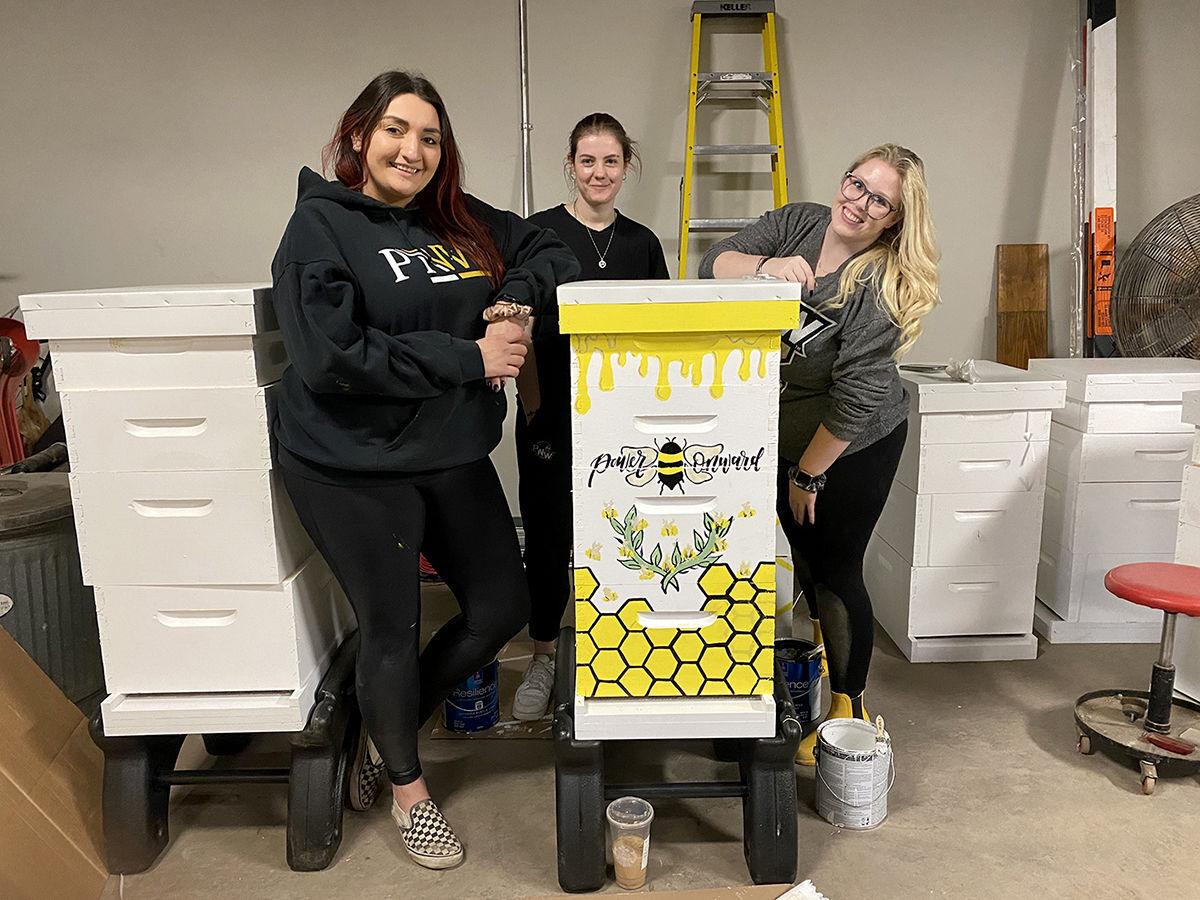 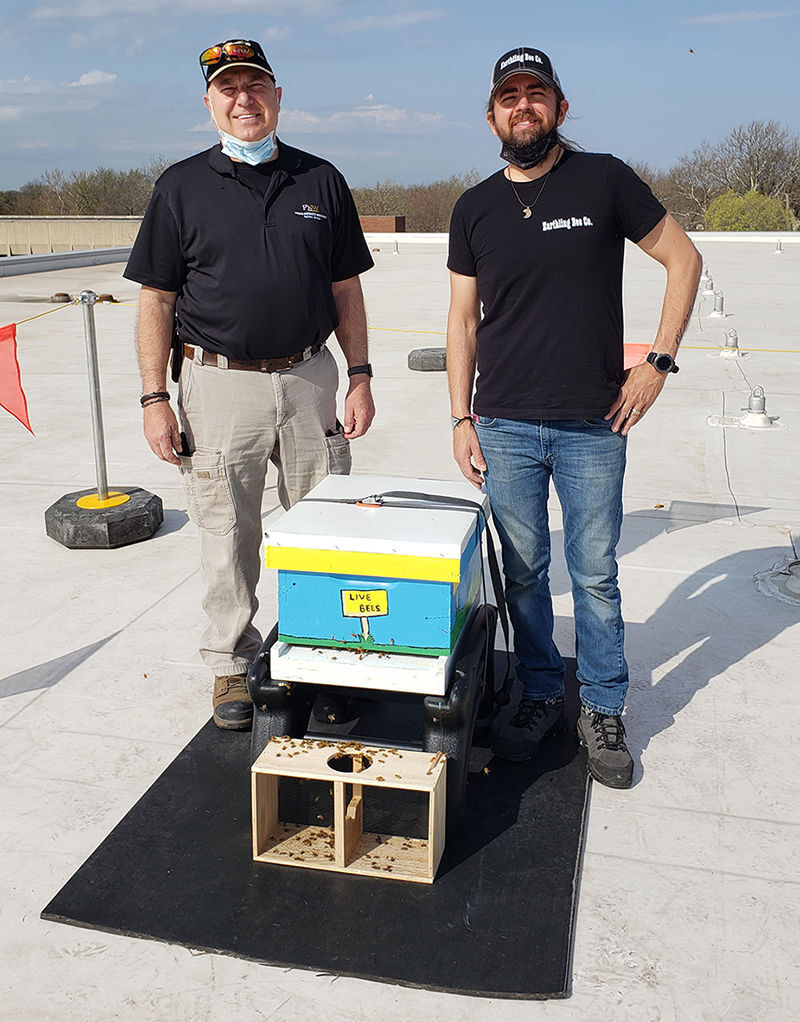 John Bachmann, grounds and landscape manager at PNW, tends to one of the beehives at Gabis Arboretum at Purdue Northwest.

The mini complexes were designed for the newest residents on the PNW campuses – honey bees.

The PNW apiaries are a first for the university and include two hives at both the Westville campus and Gabis Arboretum and four hives on the Hammond campus.

“It has never been more important for us to understand the significance of environmental stewardship,” said Kenneth C. Holford, PNW provost and vice chancellor for academic affairs. “Over the next several years Purdue Northwest will showcase sustainable environmental practices at all of our campus locations. The bee hives are just one aspect of this movement, and illustrate that anyone can participate regardless of location.”

As part of the university’s efforts to benefit sustainability and create a green environment, the bee project will help bring urban agriculture to the forefront on the campuses and in the surrounding communities.

“Bees are vital to pollination, seed dispersal, biodiversity, sustainability and agricultural production,” said Stephanie Blackstock, executive director of the Gabis Arboretum at Purdue Northwest. “Bees, through pollination, help to maintain genetic diversity, increase the productivity of ecosystems and provide a greater variety of crops. Pollination is really something we can’t live without.”

The university has partnered with Earthling Bee Company to maintain and care for the bee colonies. “Without pollinators we’d have far less food,” said Nicky Jones, president of Earthling Bee Company. “Bees are instrumental to the agricultural economy and almost every food crop is touched by a pollinator in some way – roughly every two to three bites of food are courtesy of a pollinator. Without bees, or other pollinators, certain foods would disappear and others would become very limited.”

John Bachmann, grounds and landscape manager at PNW, noted the advantages the bees will provide to the campuses and surrounding communities. “Our campuses have many different species of trees, plants and flowers. Having bees will not only have a dramatic effect on how they bloom but will ensure their health and longevity for years to come.”

Bachmann added that local communities around the campuses will also see a positive impact on their gardens.

PNW students became involved with the project when they were invited to paint the beehives prior to their installations. Oriana White, student government president at PNW, was one of the students responsible for turning the ordinary hives into works of art. “It was so much fun,” said White. “We kept the designs PNW-related using the university colors and even painting a PNW shirt on a well-known honey-loving character!”

Aside from promoting urban farming and increasing pollination levels, having bee colonies on campus will open up a number of opportunities for education and research.

According to Blackstock, Gabis Arboretum is already working on education programs that focus on bees and the important role they play within the environment. In addition, the hives will provide an opportunity for research and study into issues affecting bees, including queen genetics, overwinter survivability, pests, pesticides and different bee lineages.

The bee initiative is the first project supported by a new PNW Environmental Sustainability Endowment created by a generous PNW alumna. “We hope to grow this endowment to support environmental projects at Purdue Northwest,” stated Jamie Manahan, executive director for development and major gifts officer at PNW. “We look forward to adding more eco-friendly initiatives to our campuses in the months and years to come.”