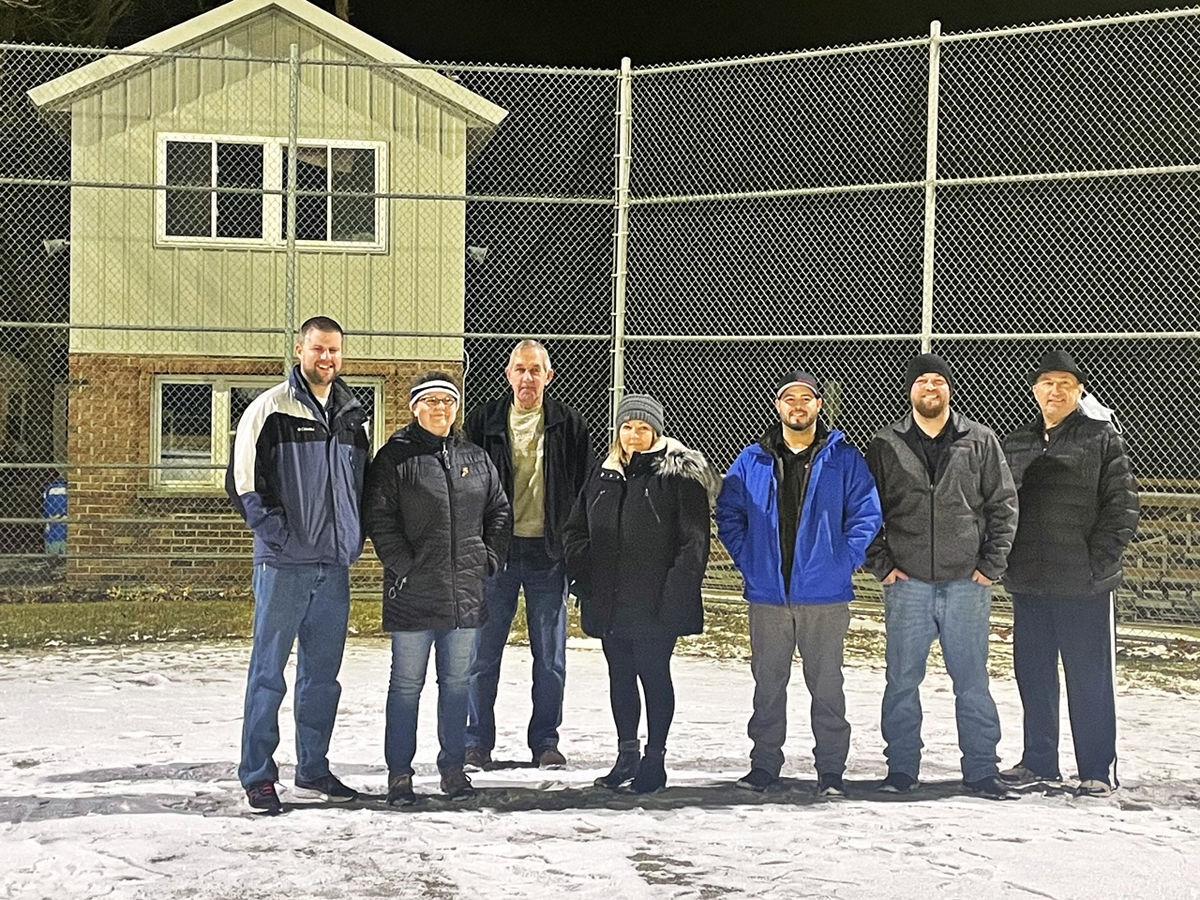 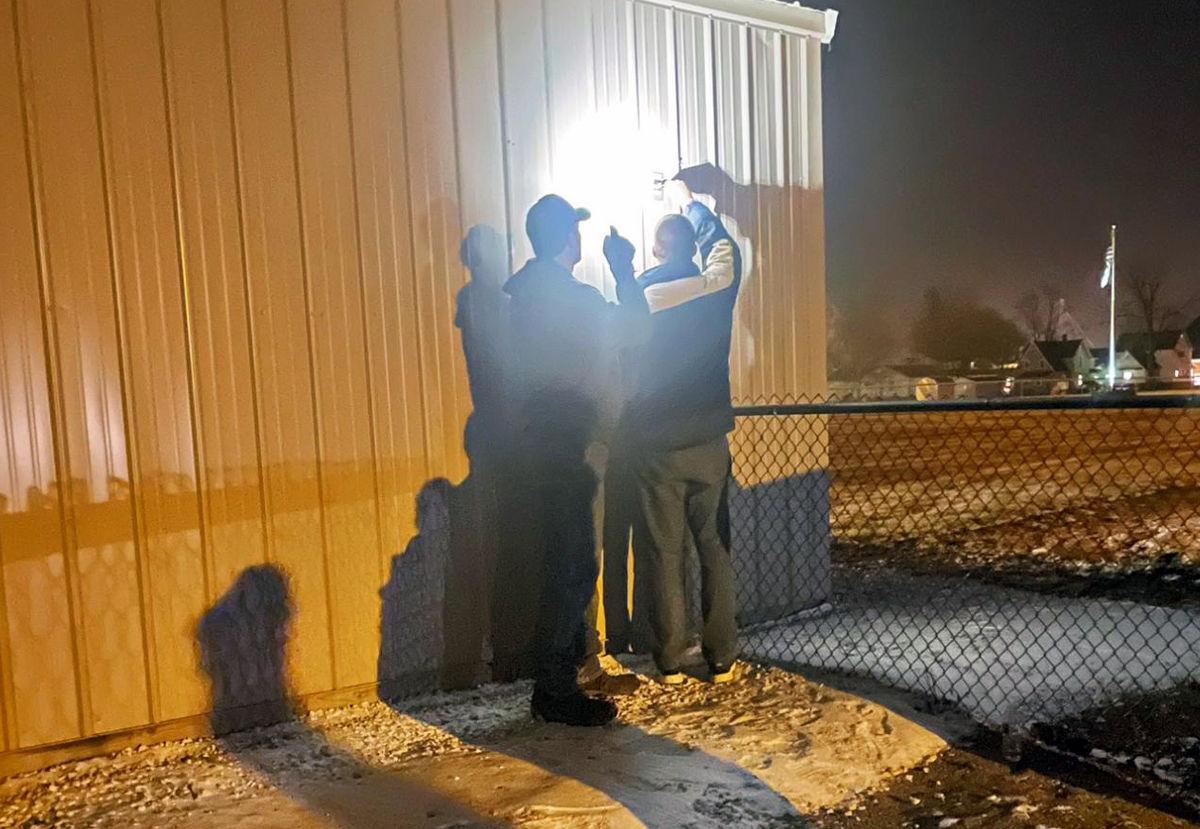 Matt Hall, vice president of Wolcott Park Board, flips the switch to turn on the lights at the community ballfield. 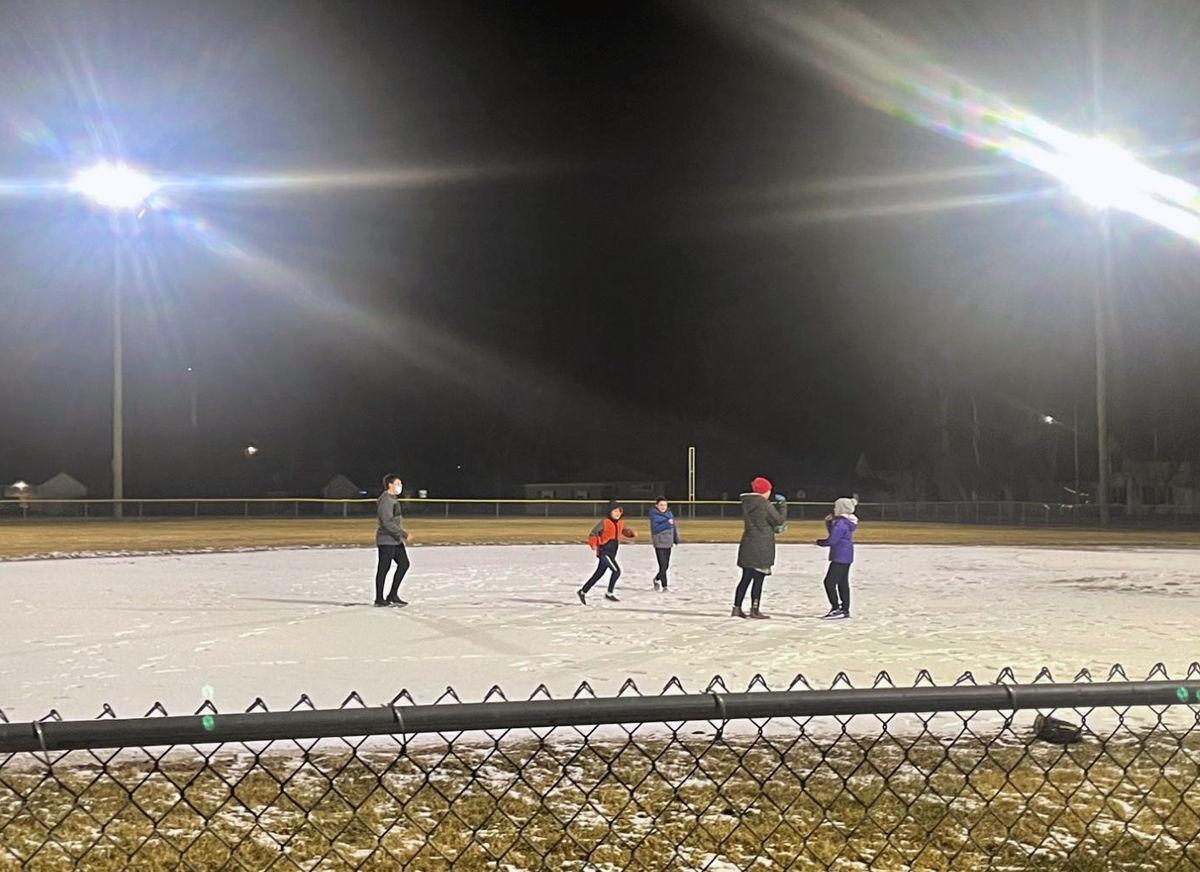 Children and adults take a few minutes to play on the newly-lit community ballfield that had been dark for about four years.

Matt Hall, vice president of Wolcott Park Board, flips the switch to turn on the lights at the community ballfield.

Children and adults take a few minutes to play on the newly-lit community ballfield that had been dark for about four years.

WOLCOTT — The Wolcott Community Park Board has worked for the last four years to relight its community ballfield.

Call it a turn away from the dark side.

More than two dozen people attended a celebration Jan. 18, hosted by the park board, to turn on the field lights for the first time.

After the community members were treated to pizza and conversation, they walked to the ballfield and flipped the switch. As the entire community lit up, a handful of children ran onto the field to play.

“Seeing these kids out here is what this is all about,” Park Board Vice President Matt Hall said. “The project will be a great asset to the community for several reasons.”

The first and, he said, most important is it will allow youth more opportunities for outdoor recreation through the expansion of practice and game times.

“It will also reduce the amount of games that have to be scheduled at opposing facilities that do have lights,” he added. “It will lessen travel for parents and grandparents. It will also benefit our local nonprofits that run our concession stand in the summer. With the increase in night games, they have more fundraising opportunities.”

Hall said a wind storm four years ago took out two light poles. The decision was made to take the remaining poles down for safety reasons.

“It has taken us that long to build up funds through insurance money, grants, budget funding from the town and township, as well as public and private donations,” he said. “Our local contractor, Greg Schneider Electric, was able to work with local suppliers to get us better pricing on the poles and LED lighting to help us achieve the goal of lighting up the park.”

EDP Renewables also provided a $50,000 donation toward the project. The donation was a part of the $300,000 that was donated to support four White County communities near its six-phase Meadow Lake Wind Farm. The company provided equal funding to the towns of Chalmers, Brookston, Reynolds and Wolcott for projects of their choice.

“Seeing these kids out here is what this is all about."