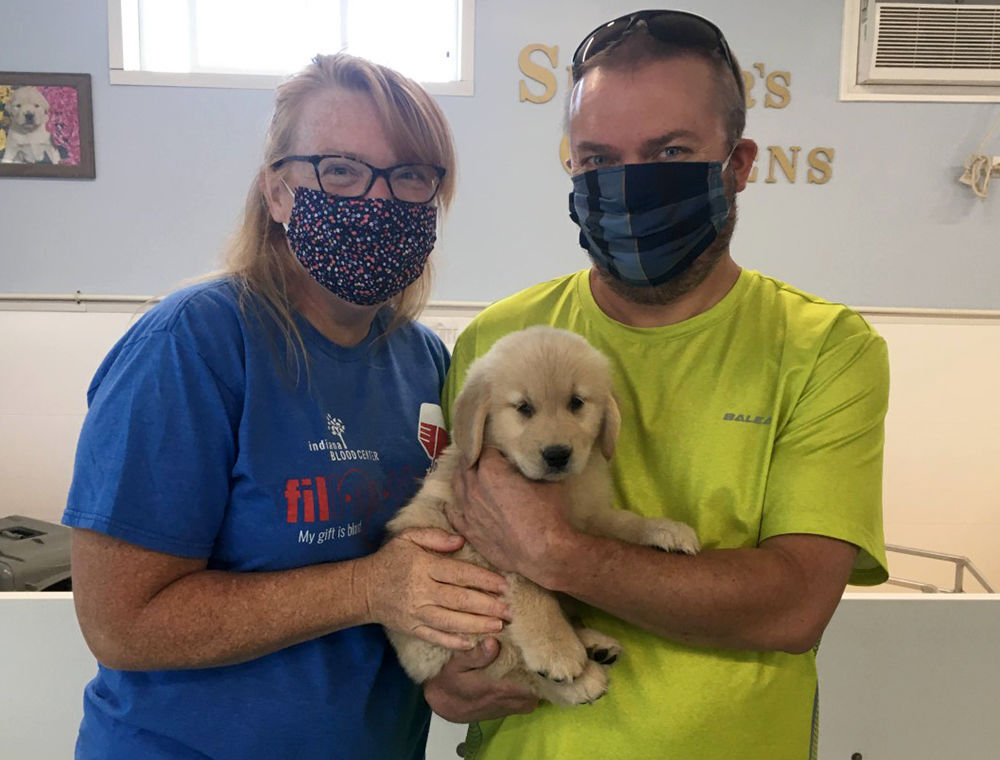 Samantha McAtee and her husband, Scot, hold Daisy when she was a pup. 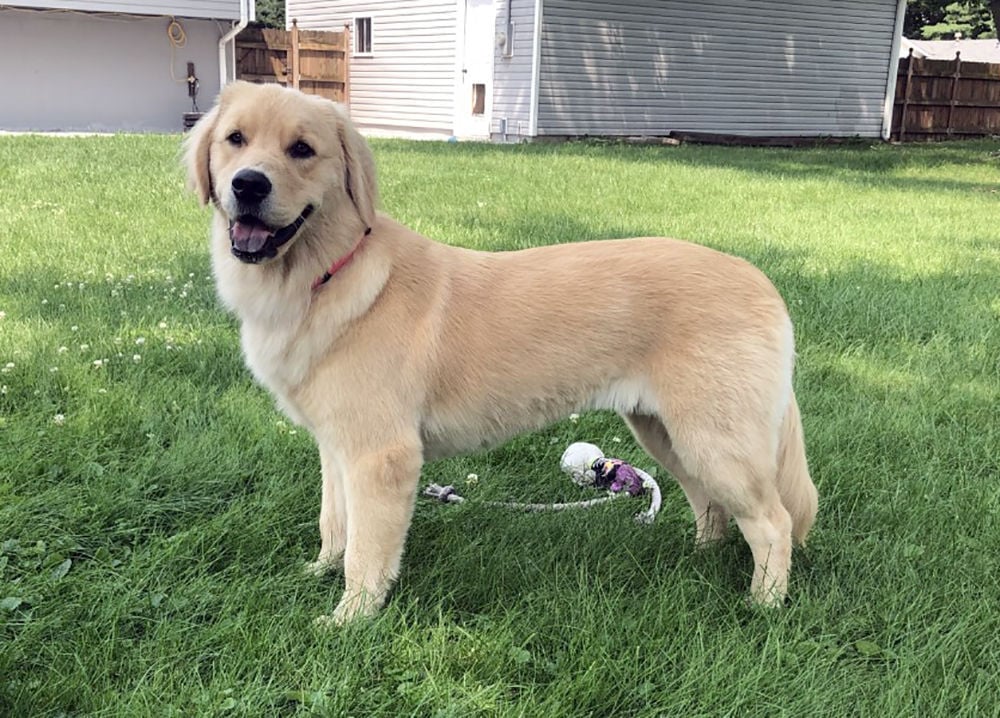 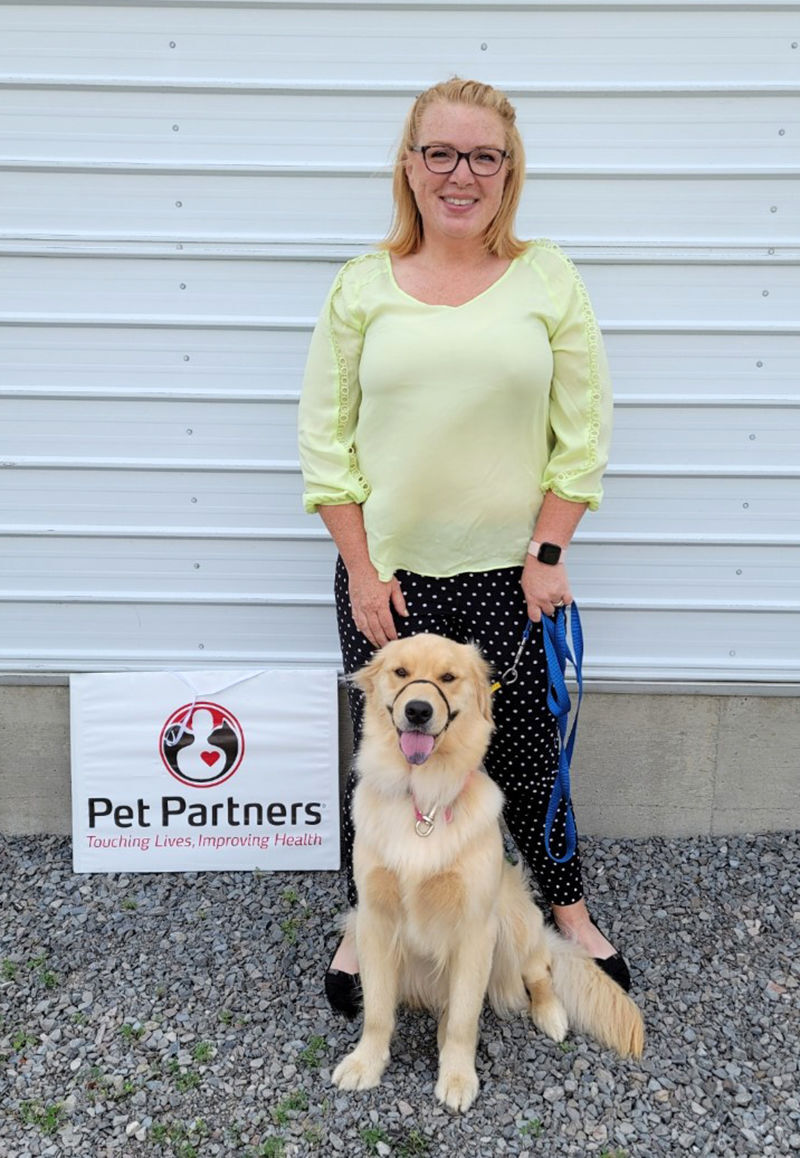 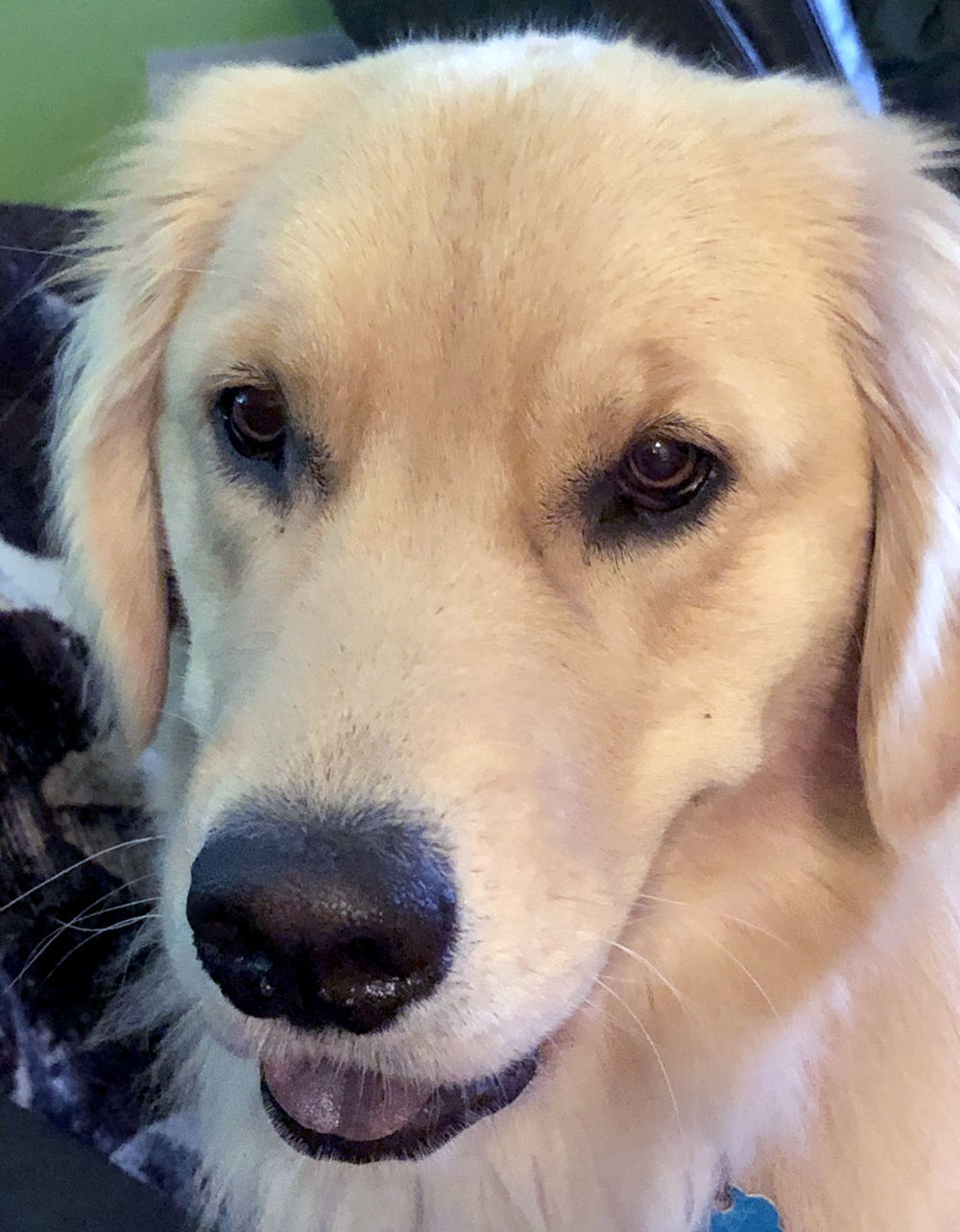 Daisy will be going to school twice per week as part of the therapy dog pilot program.

Samantha McAtee and her husband, Scot, hold Daisy when she was a pup.

Daisy will be going to school twice per week as part of the therapy dog pilot program.

MONTICELLO — Samantha McAtee will finally be able to bring her dog to school.

After four years of research and preparation, McAtee, director of counseling at Twin Lakes High School, finally received approval from the Twin Lakes School Corporation’s board of education Nov. 16 to bring her golden retriever, Daisy, to school two days a week as part of a therapy dog pilot program that will start next semester.

McAtee originally presented her idea to the TLSC board two years ago in hopes of gaining approval of the program in October 2019. The board voted at that time to continue discussion until the following month. The November and December meetings ended in much the same way, with the topic being tabled until further notice.

McAtee and her family continued with their plans of expanding their family of four by adding a four-legged friend to the mix. She and husband, Scot, along with children Griffin and Gabby, adopted Daisy, a registered golden retriever, during the summer of 2020.

Daisy began preparing for her role as a therapy dog at the age of 10 weeks.

“We started by attending a puppy class at Engineering Change, owned and operated by Kassie Coverdale in Lafayette, where Daisy learned basic obedience skills,” McAtee said. “After she graduated from her puppy class, we continued with private training classes two times each month to teach Daisy everything she needed to know to pass her therapy dog exam.”

The next step for Daisy and her handler, McAtee, was to gain the required certification from Pet Partners Alliance, a national organization that works with pet therapy teams.

“We both had rigorous tests to pass in order to become certified,” McAtee said. “My part included a written test and practical tests needed to become a handler. Daisy had to master an obstacle course and basic obedience instructions as well as be tested for her approachability, interactions with strangers, and reactions to crowds and loud noises.”

The time and cost of the training and certification, which was only available in Ohio, totaled countless hours and over $3,000 was funded personally by the McAtee family.

“This is something that has been a long-time goal of mine. I have done a lot of research regarding the emotional and mental benefits of having a pet and I’ve visited several schools where therapy dogs have made a measurable difference with the students,” McAtee said. “Daisy will assist us (the three TLHS counselors) in focusing on the entire social/emotional status of our students. There is definitely a correlation between emotional issues, grades, attendance, and/or behavior problems. We hope Daisy will help these students feel safe at school and reduce anxiety.”

Beginning in January, McAtee and Daisy will be facilitating weekly group sessions and regular individual meetings for students during Daisy’s two assigned days at school.

“This pilot program was only approved for one semester. We will have to return to the school board meeting in June to see if the data supports Daisy being at the school full-time for the coming academic year,” she said. “We have already surveyed every student and staff member regarding allergies and cynophobia (a fear of dogs) and determined neither of these issues will be a problem for us to handle.”

Deb Bishop, counselor at Roosevelt Middle School, was also approved by the TLSC board for a one-semester pilot program with her dog, Dibbs, in a separate vote.

“The parent/guardian of every high school student will be notified in the coming weeks of Daisy’s upcoming visits and the goals we hope to achieve with this new program,” McAtee said. “We feel this is a program that will benefit the students and community of Twin Lakes School Corporation. Daisy has worked hard to learn everything she needs to know to be a great therapy dog; now it’s time for her to get to work.”

This story first appeared on www.thehj.com.