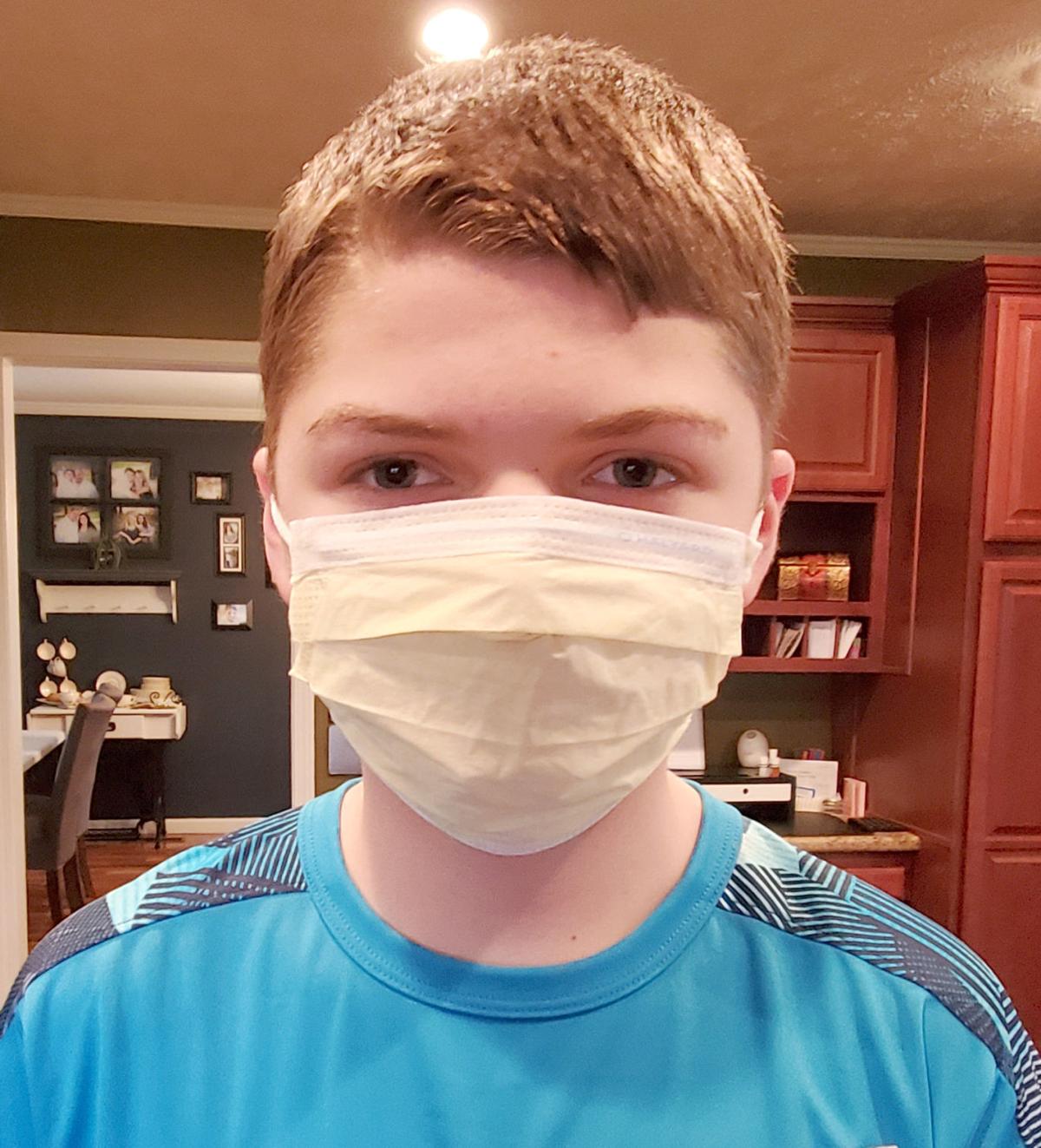 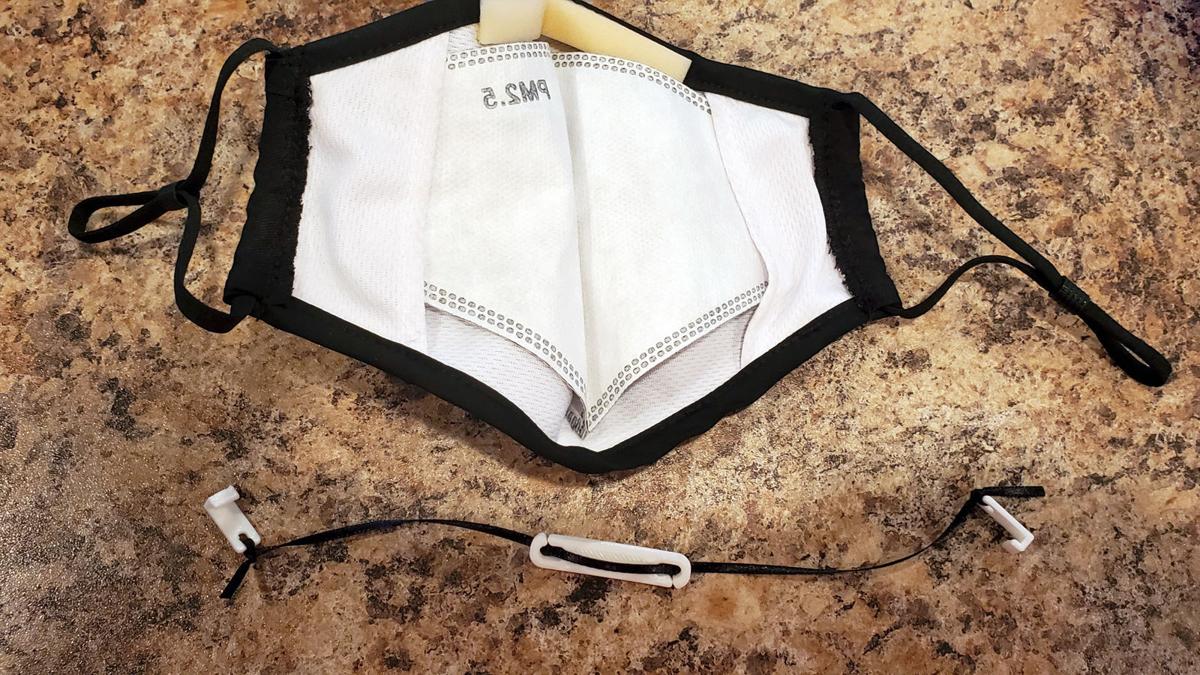 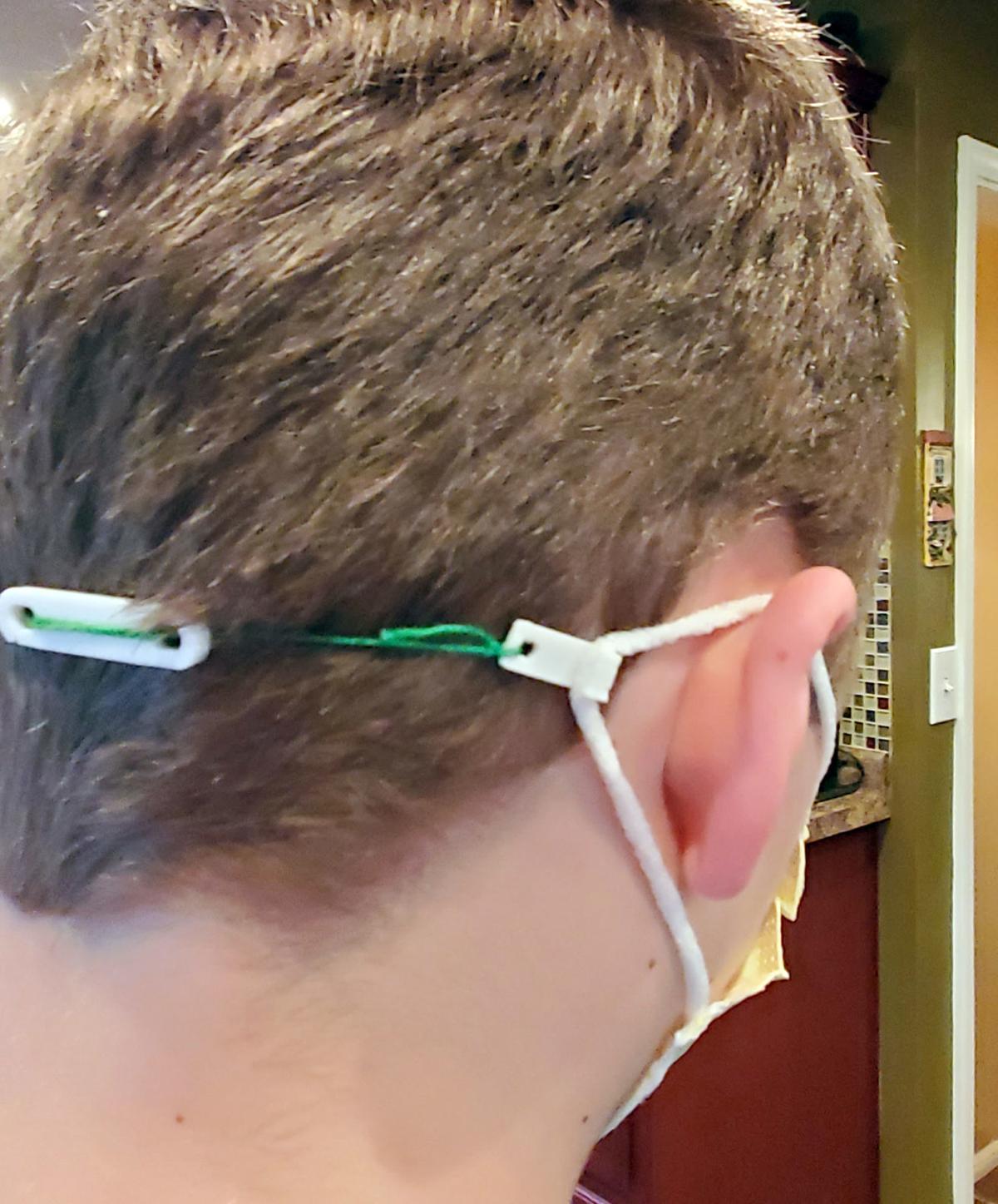 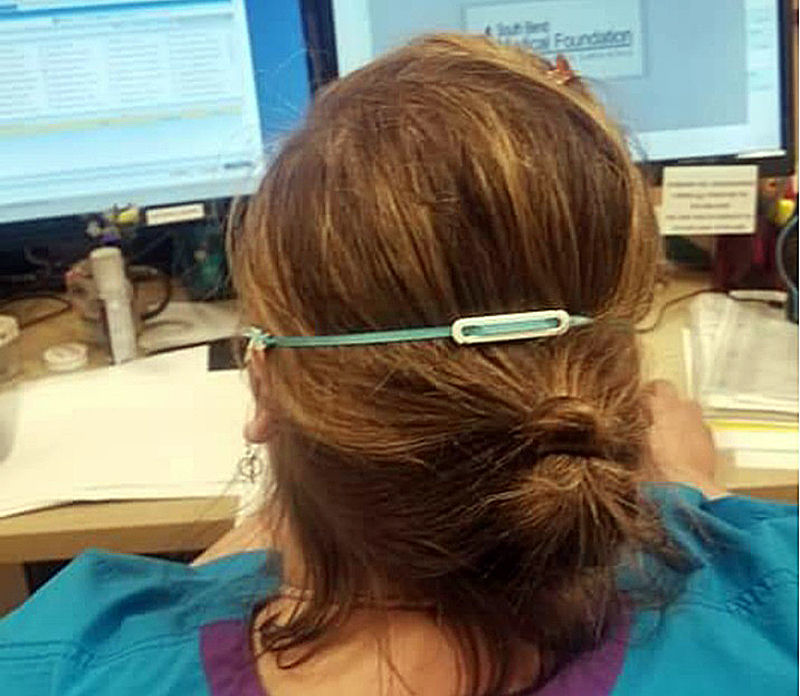 MONTICELLO — A Monticello teen has gone the extra mile to help local healthcare workers feel a little better by designing a device that will make them feel a little bit better on the job.

Specifically, it will make their ears feel better.

Isaak Denton, 15, has created numerous “ear savers” — a mask extender that uses a plastic piece to pull the elastic on nose and mouth facemasks around the back of the head.

“Healthcare workers are having to wear these masks for 12 or more hours a day and it is rubbing the back of their ears raw,” said Kobra Denton, Isaak’s mother. “We have sent some to Monticello Medical Center, Bremen Hospital, a school in Michigan City for lunch prep, Monticello Assisted Living, Franciscan St. Elizabeth Hospital Lafayette, a local hair salon, and several individuals to wear to work or out for errands.”

Isaak created the “ear savers” with a 3-D printer he received as a birthday gift in February. He was learning how to use his new printer shortly before the COVID-19 health emergency became a real threat throughout Indiana.

“When the pandemic hit, we had several people mention (the ear) problem and then others were sharing ideas that had been printed by someone else,” Kobra said.

Isaak is quick to point out that he didn’t invent the mask extender. He used a public website and found a blueprint, so to speak, and made his own adjustments to fit local needs.

“(Mom) informed me that there was a need for these mask adapters so I decided to look up some ideas,” he said. “I just decided to use it to help fight COVID-19. I also changed the model from the website by tweaking the dimensions.”

The type of filament Isaak uses is PLA, which is a hard and stable plastic.

“He had to adjust the size and thickness and print a prototype,” she said. “We then shared the photo on Facebook and asked the healthcare workers that I have in my circle if these would work. We had positive feedback, so he began to print them.”

Isaak isn’t charging a price for the ear savers and he hasn’t been peddling them; rather, one of the aforementioned hospitals reached out to him and asked that he make a few for them.

It takes Isaak about an hour to print 10 mask extenders and another 30 minutes for Kobra to tie strings around three pieces.

Isaak is a freshman at Faith Christian School in Lafayette and, like other students, is doing the eLearning thing during the pandemic. Kobra said her son uses his lunch time, evenings and weekends to print the pieces. Since early April, she said more than 100 sets of mask extenders have been printed.

He also has a sort of affinity for healthcare workers because, as Kobra said, “he’s been a very sick young man” since he was born.

Isaak, she said, isn’t really interested in a medical career. Instead, he’s has more of a technological and engineering interest.

“He has had enough of (the medical) environment to last a lifetime,” Kobra said. “He has been treated by people wearing masks and also has had to wear, or have us wear, a mask thousands of times, so we have been on the that end of it.

“His interest lies mainly in technology — specifically in things that will make the world a better and safer place.”

Printing the mask extender has brought him attention that he doesn’t necessarily want, though.

“Since he doesn’t like attention, he has often avoided doing things he is interested in because he doesn’t want to be noticed,” Kobra said. “But this was a need that the medical community had and working on that — even if it put him in a small spotlight — has been out of his comfort zone.”

But that didn’t stop him from trying to help, she said.

“I just thought maybe it would inspire someone else to see that, even if you are a kid, you can be part of helping in a situation that is far bigger than you are,” Kobra said. “Right now, people all over are using their skills to sew masks, crochet headbands, etc. He’s just another small piece of that.”