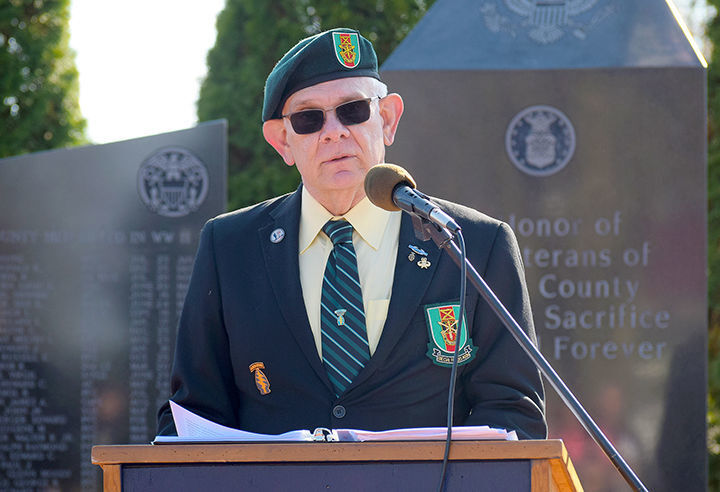 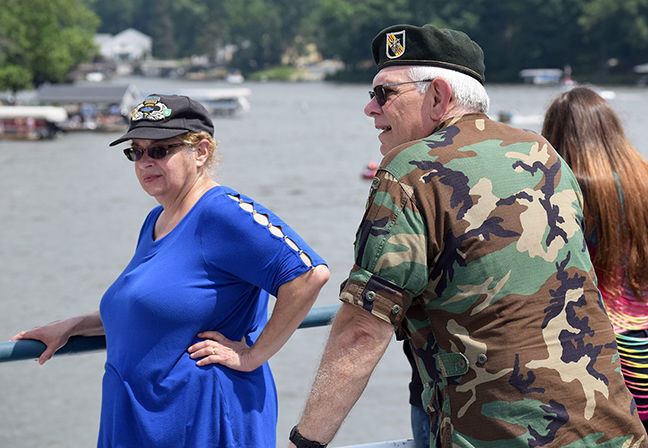 Dr. Tom Hildebrand enjoys the view of the Fourth of July Veterans Boat Parade on Lake Freeman from the top deck of the Madam Carroll.

Dr. Tom Hildebrand enjoys the view of the Fourth of July Veterans Boat Parade on Lake Freeman from the top deck of the Madam Carroll.

Hildebrand, 62, passed away Aug. 27. He was White County’s Veterans Service officer and was responsible for helping veterans, their dependents and survivors in filing benefits claims — disability, death pension, burial, VA medical care and education assistance — through the Department of Veterans Affairs.

Hildebrand was laid to rest Sept. 4 in Seymour, Ind.

“He was one-of-a-kind. He had been to so many places,” said Sharon Wehner, his longtime secretary at the White County Veterans Service Office. “One of the first things I wondered when he first interviewed for this job was, ‘How did he end up in Monticello, Indiana?’”

As the county’s veterans service officer, Hildebrand initiated and championed several programs such as van transportation to get vets to their medical appointments. He supported the PTSD program and conducted a Commanders Meeting for all veterans clubs each month.

Hildebrand also helped organize Veterans Day and Memorial Day programs for the county and school system, and promoted having a Veterans Court program in White County. He was always present for Monticello’s annual Fourth of July Veterans Boat Parade.

“Tom Hildebrand did everything he could possibly do for any veteran who came to him for assistance,” said William Madden, former commander of American Legion Post 81. “He organized many events, such as the annual gifting to military veterans in the local nursing homes. … He will be certainly be missed.”

Monticello Mayor Cathy Gross said Hildebrand was a personal friend and a true friend to the military, veterans, their families and those currently serving.

“He loved his family and served our country and our community with honor and dignity. His welcoming smile and sense of humor put everyone at ease,” she said. “His life was a true example of the Rotary motto (of which he was a member) ‘Service Above Self.’

Our thoughts and prayers are with his family and all those that knew him. He made a difference.”

According to his obituary in The (Seymour) Tribune, Hildebrand was born Feb. 12, 1959, in Seymour and grew up on the family farm.

After graduating from Seymour High School in 1977, Hildebrand joined the US Army Special Forces and trained to be a medic and paramedic. He was also a weapons expert, ski instructor, Army Ranger and much more.

Hildebrand had traveled the world on various Special Forces missions, including stations in Lebanon and Somalia. During Operation Desert Storm in the early 1990s, Hildebrand helped Kurdish refugees escape danger over mountainous territory, and he ran a field hospital in the region.

Although the Army wanted him to go to West Point, he wanted to stay in Special Forces, his obituary states.

He completed his associate degree while serving in Iraq, and went on to obtain a Bachelor of Science in Biology from Indiana University, where he also served as a hospice volunteer. He then studied medicine and earned his medical doctorate at Charles University First Faculty of Medicine in Prague, Czech Republic, where he practiced medicine for six years. He spoke Czech and several other languages.

“That was one of the really good things about having him as our service officer,” Wehner said. “When veterans brought in their medical records, he actually knew what it said.”

“When we hired Tom, we had several good applicants for the job. At that time, the veterans service officer position was considered a part-time job,” he said. “If you knew Tom, it became a full-time job. He worked with all of our veterans organizations in the county, not just in Monticello, so we created it as a full-time department head position with benefits.

“His background, education and the languages he spoke, it was truly an amazing hire because we asked, ‘Why would this person want to look for this part-time job?’” Diener aded. “His passion was to help veterans and he did a wonderful job. It will be extremely difficult to find someone with that passion and interest to replace him.”

At the time of his death, Hildebrand was commander of the Mary T. Klinker Chapter 27 Disabled American Veterans in Lafayette, wasactive with AMVETS Post 91 in Monticello, and was a member of several other veterans clubs, including the Special Forces Association.

“In some ways it doesn’t seem real yet,” Wehner said, adding that the office is still open to assist veterans as she can help with filing claims.

White County Commissioners will now have to advertise the job, collect resumes and interview potential candidates. When that process will begin has yet to be determined, but Diener said it will start once a respectful amount of time has passed.