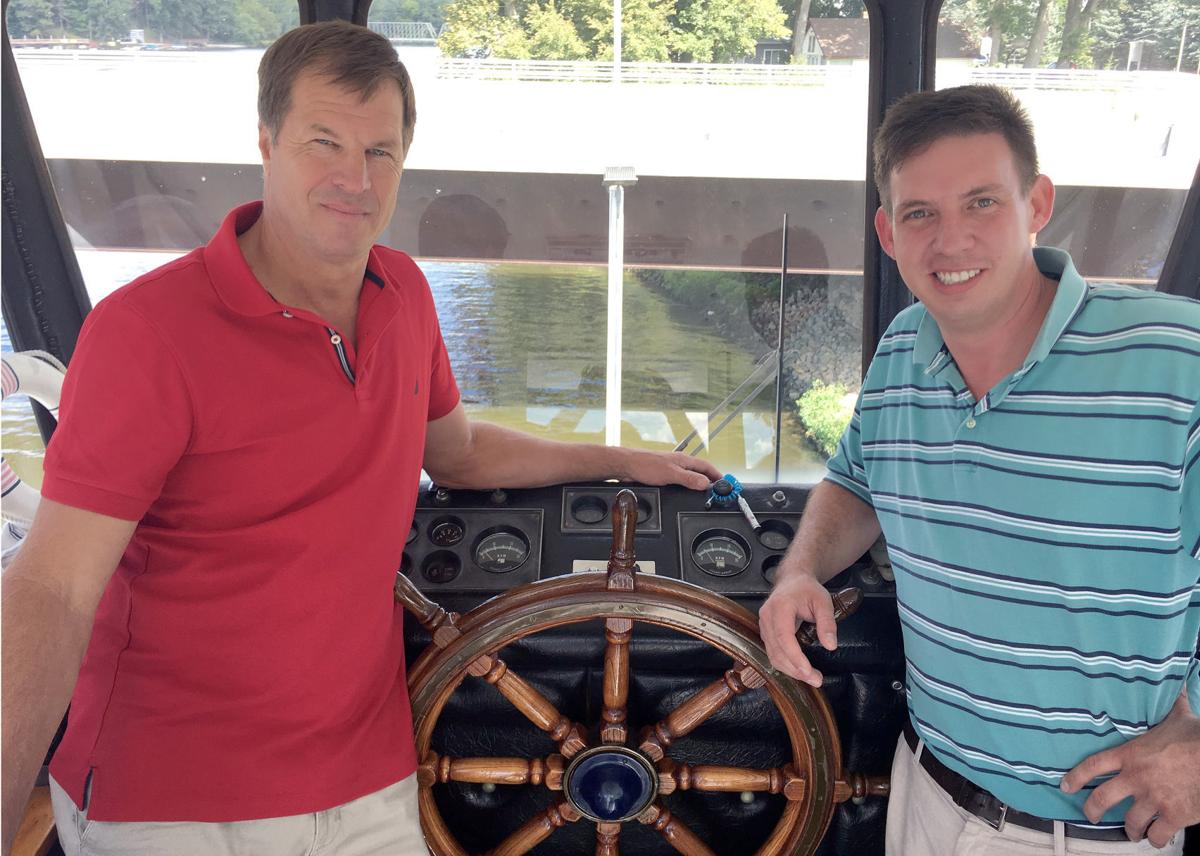 Tom Heckard, left, current owner of the Madam Carroll, and new co-owner Chris Peters. Peters, of Lafayette, and Chris Lehe, of Brookston, will officially take ownership of the vessel in November. 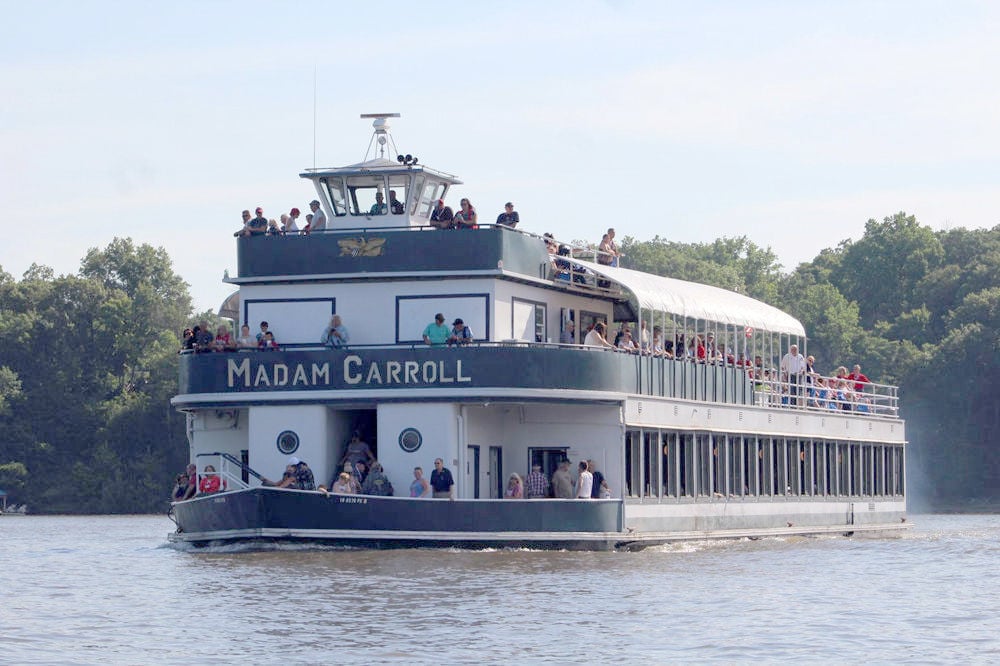 The Madam Carroll is shown cruising the Tippecanoe River during the summer near Monticello. The new owners plan to keep the vessel open for cruises all year long — including winter.

Tom Heckard, left, current owner of the Madam Carroll, and new co-owner Chris Peters. Peters, of Lafayette, and Chris Lehe, of Brookston, will officially take ownership of the vessel in November.

The Madam Carroll is shown cruising the Tippecanoe River during the summer near Monticello. The new owners plan to keep the vessel open for cruises all year long — including winter.

MONTICELLO — After they take full possession of the boat Nov. 1, the new owners of the Madam Carroll will not change what the boat is about.

Events like the Veteran’s Boat Parade, the July 4 fireworks cruise and the dinner cruises will continue.

Because they grew up around Lake Freeman, longtime friends Chris Peters, of Lafayette, and Chris Lehe, of Brookston, are aware of the significance the Madam Carroll has to the area.

That includes the historical tradition started by Bill Luse and the Luse family when the boat was inaugurated in 1976.

“We kind of look at ourselves as stewards,” said Peters, who recalls Luse at the wheel when he was a child and riding the boat when he came to the family cottage on Lake Freeman,

“We have no plans to change any of the existing roles,” he said. “It runs like clockwork, and as (current owner Tom Heckard) says, it’s a happy boat.”

However, they want to update technology, such as online ticket sales, a new website, email updates and the ability to use credit and debit cards on the boat.

They also plan to expand the ship’s offerings beyond the usual bands for the 21-and-over crowd.

“It’s all conceptual at this stage,” Peters said.

They’ve found that people want brunch cruises, and they’re looking at Mother’s Day and Father’s Day for that.

They plan to open the boat from Mardi Gras to Halloween, and the two are already booking 2019 weddings, proms, class reunions and business events over the next few months.

Then they’ll look at booking entertainment.

For now, they’re working on the boat under Heckard, who’s owned the Madam Carroll since 2012, and planning the new website, which should be up in 30 days.

“We look at it as an apprenticeship,” Peters said. “It’s almost like passing the torch. There’s a million small things about the boat that you’ll never know unless you worked on it.”

That includes putting the ship into dry dock during the winter.

Heckard said the two men’s enthusiasm will be good for them, and new blood is good for the ship.

He had a lot of people look at the Madam Carroll, and he could tell within the first few minutes things weren’t right for those people.

“The boat’s not for everybody,” he said

Besides enthusiasm, Peters brings a knowledge of public entertainment businesses.

Lehe, the son of state Rep. Don Lehe, has a Bachelor of Science degree in mathematical economics.

Peters will handle the day-to-day operations, while Lehe handles the financials.

Lehe said there’s not much overlap in expertise.

The two, who knew each other during high school, used to plan on going into business when they were at Ball State University together.

The sale of the Madam Carroll was right for them to finally act on that.

“It just happened to be at the same time I was looking at coming home to the Midwest for good,” Peters said.

Lehe said, “I would never even consider it if he’s not involved.”

Because of the amount of work Heckard put into the boat and property (Heckard said $200,000 in the first year), the two men will be able to concentrate on the events, they said.

Heckard, who’ll be joining his wife in Dallas, then sailing the Caribbean on her boat, has also sold his two convenience stores in Logansport, but so far is keeping a family farm and house in that area.

Although he’s looking forward to that stage of his life, he has made a lot of contacts in business and with his employees.

“We’re going to miss a lot of our friends,” he said.

He’s also glad the Madam Carroll and Indiana Beach live on, making this area what it is, he added.

Current and new owners talk about the Madam Carroll

Current and new owners talk about the Madam Carroll