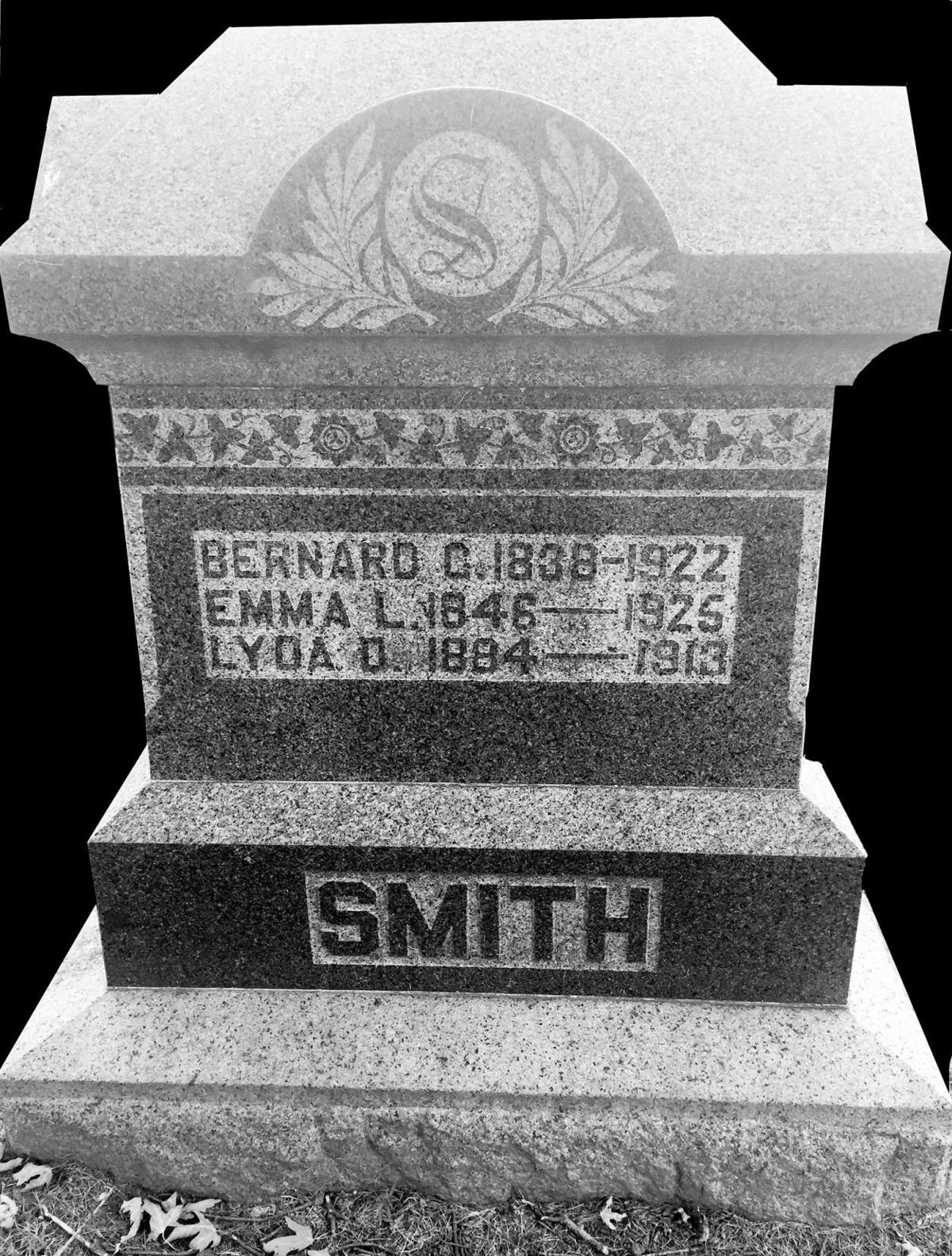 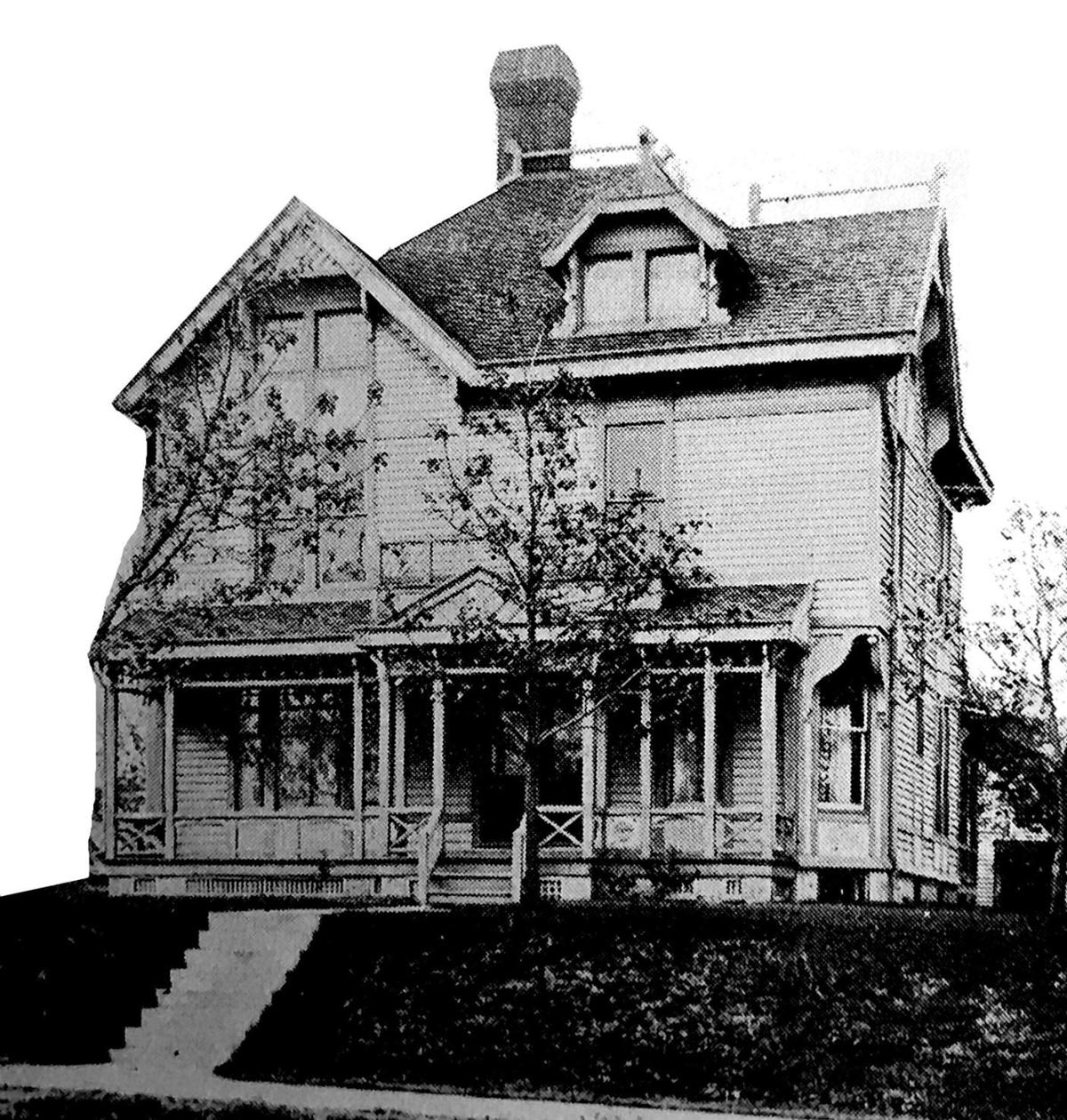 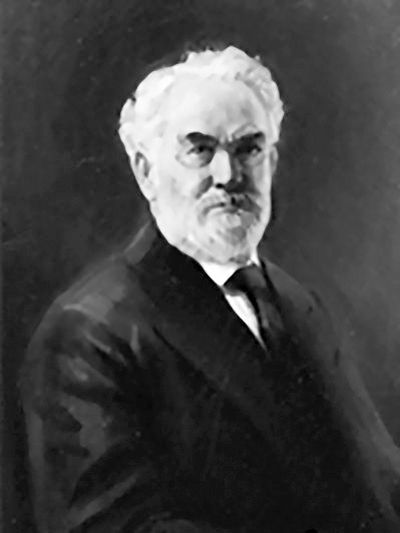 Bernard Gilbin Smith was born Feb. 19, 1838, in Virginia and, as a young boy, came to White County with his parents Nov. 22, 1846. His parents were natives of Harrison County, Va., and settled in Big Creek Township.

The parents were Abel T. and Deborah Spencer (Wilson) Smith. The family included nine children. The family’s occupation was that of farmers and stock raisers.

Without question, at this early date, the family did their share of the burdensome task of clearing the fields from the wilderness and cultivating the soil to grow crops. The Smiths were good, honest citizens in all that they did, both as farmers and participating as community servants. The family was a credit to White County.

Bernard received his education in the local public schools of the 1840s and ‘50s. While we would judge this early education as primitive by today’s standards, it was the norm at this early date.

Bernard was reared on the farm. He prepared himself to follow his father’s example and intended to pursue a farming career. At age 22, he started for himself in partnership with his father. On July 5, 1862, he enlisted in Company K of the Fifth Indiana Cavalry and was mustered into service at Indianapolis as a soldier.

The Fifth Cavalry Regiment spent a large part of the Civil War campaign engaging in guerilla warfare skirmishes against Morgan. Later they were with Sherman’s army in its victorious march across southeastern Tennessee and Georgia. He was wounded at the Battle of New Hope Church and other battles, but nothing that prevented him from continuing to serve.

Bernard entered service as a private and was commissioned as a second lieutenant. Later he became first lieutenant and then detailed as quartermaster for the regiment. Shortly before he was mustered out of service he was commissioned as captain of Company K, Fifth Indiana Volunteer Cavalry and was honorably discharged on Sept. 29, 1865.

One of the sidebar notes of this cavalry unit was the tough and arduous time they had for the three years of its existence. The unit was in constant skirmish battles. Most of the time the fighting required dismounting from their horses and fighting on foot. The unit was armed with carbines and Henry rifles. The Henry Repeating Rifle was adopted by the Union Army, especially by the cavalry, during the American Civil War.

The Henry was a major advancement in the repeating rifle. The Henry carbine was a shorter and lighter version designed for the cavalry. With a new bolt, firing pin and ammunition, it was much faster and more reliable than earlier repeaters. It gained fame during the Civil War, with more than 10,000 in use.

The Indiana Fifth Cavalry Regiment covered 2,000 miles during the war. They had over a dozen active engagements and over 60 skirmishes during the conflict.

After the war, Bernard returned to the quiet vocation of farming. In 1869, he married Emma B. Lane, daughter of Abraham C. and Eliza (Wooley) Lane. The marriage produced five children.

Bernard would retire from farm life and moved to Monticello in 1903. His home was located at 120 E. Washington St. At that time, he was a known figure throughout White County and even served as treasurer for the White County Historical Society.

Bernard would also be known as a Sunday School teacher at Asbury Chapel Church just west of Reynolds. The Asbury Chapel was located on the farm of Bernard’s father, Abel.

Capt. Bernard G. Smith was taken ill and in serious condition on July 4, 1922. The following Sunday, he suffered a relapse and never rallied back to health. Bernard died on July 25, 1922, and was buried beside his wife at Riverview Cemetery.

Bernard G. Smith had an older brother, Benjamin Wilson Smith. In print, one finds that he used the name B. Wilson Smith.

Wilson, eight years older than Bernard, was born on Jan. 19, 1830. Bernard and Wilson’s paternal grandfather, Joshua Smith, was one of the founders of the Northwestern Virginia Academy. Their maternal grandfather, Col. Benjamin Wilson, was the namesake of Wilson Smith.

In 1855, Wilson married Ruth Ann Rankin in Greencastle. Wilson worked as a teacher, college professor and merchant. He was a professor of ancient languages at Cornell College in Iowa from 1855-1857. He worked at public schools in Manchester, Aurora, Valparaiso, Knightstown and Porter County.

Wilson would be president of Valparaiso Male and Female College from 1864 to 1867. It is thought he resigned due to financial problems at the college.

He was a delegate to the Republican National Convention in 1872 and served in the Indiana House of Representatives from 1883 to 1887. In addition, he was Tippecanoe County Postmaster from 1889-1893 as well as the state examiner of public schools in 1909.

Wilson was a prolific writer. He wrote a history of the Valparaiso College as well as a brief history of White County.

Benjamin Wilson Smith died at age 91 on Oct. 13, 1921, in Indianapolis. He is buried in the Spring Vale Cemetery in Lafayette.

While the two brothers differed significantly in career choices, both had productive lives.

Considerable cloudiness. A stray shower or thunderstorm is possible. High around 60F. Winds N at 5 to 10 mph.

Sunshine along with some cloudy intervals. High 79F. Winds S at 10 to 20 mph.