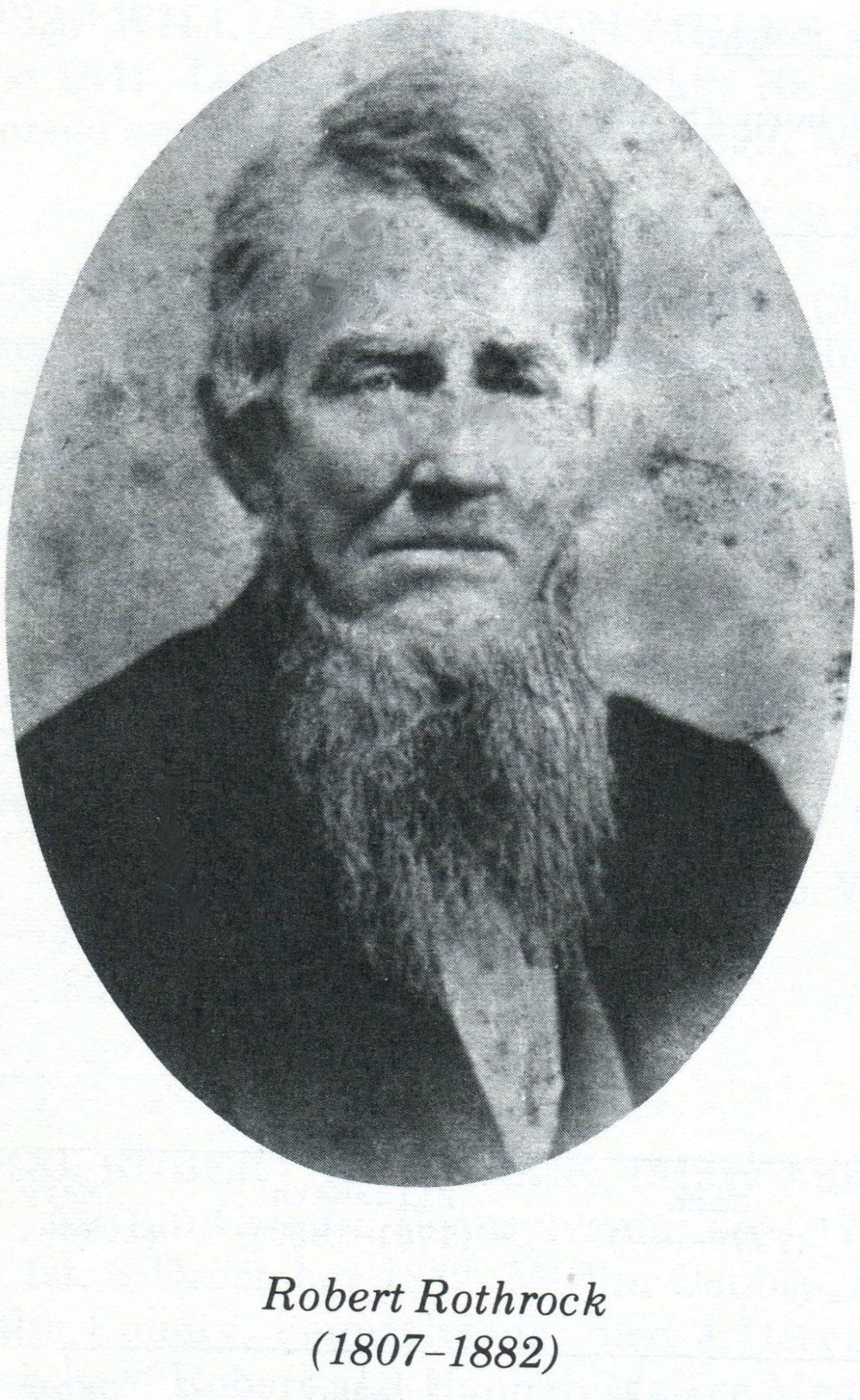 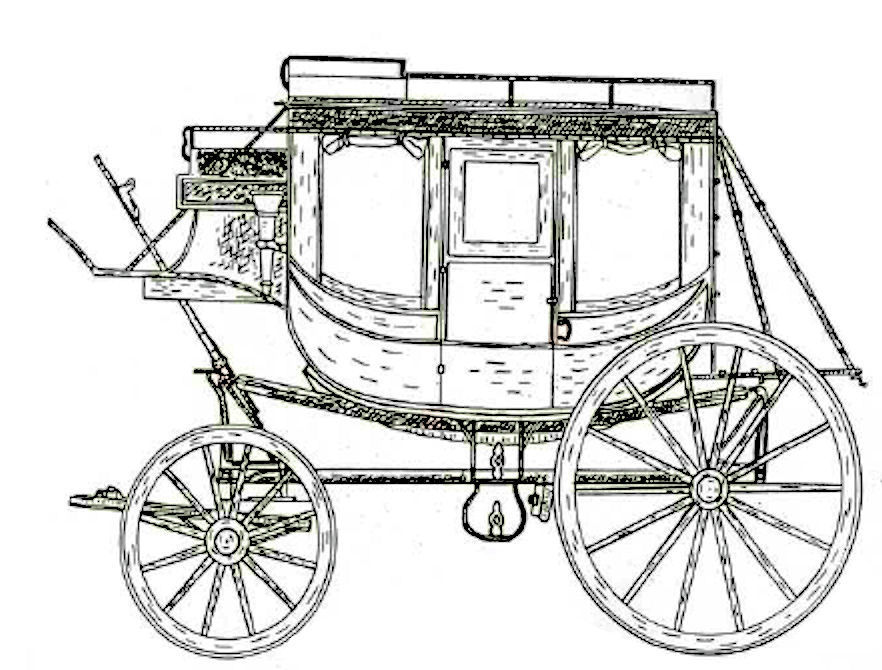 The first portion of this column was printed in the Herald Journal back in 2018. I have added additional information to this important part of history.

We will start this column with recollections of Robert Rothrock from the Monticello newspaper, The Constitutionalist, published Friday, Feb 23, 1876. Rothrock recounts when he was 21 or 22 years of age and first stepped on land that would be White County.

“In the month of November 1829, George R. Barkley and I arrived in Delphi. Delphi was small at first with the sale of lots first taking place on the 11th day of August 1828.

“Mr. Barkley procured employment and spent the winter and part of the next spring in Carroll County. I traveled some. First, I journeyed to Logansport. The town was small and Indians were plentiful and General Tipton was the agent for the Indians at that time. A few days later I took an ‘overland’ route to the thriving little village of Lafayette. The place was new, but the citizens were enterprising and wide awake.

“I crossed the Wabash and proceeded down the west side, and halted opposite of Attica. Between these two towns there was a little settlement perhaps four or five cabins. From here I visited Covington and Perrysville. I remained near Perrysville a few weeks and then returned to Carroll County.

“On the 18th day of April 1830, Mr. Barkley and I took an Indian trace leading to a riffle in the Wabash, where Pittsburg now stands. (This was the site of a sugar woods). We then followed the trace without any settlement to the Tippecanoe River. We crossed the riffle with our horses and took the Indian trail which leads us up the south side of Big Creek — the edge of the Grand Prairie.

“On looking around we discovered a house about two miles distant, and were mind-struck for the improvements to the house and lands. Arriving there we found a rail pen and cabin covered with clapboards and about two acres of prairie plowed. This was, I think, the first land broke in what is now White County. The property belonged to Joseph H. Thompson.

“Today this is known as the Chenoweth farm in Big Creek Township. Thompson was not there. He had gone to join his family somewhere on Moot’s Creek. (Moot’s Creek is in Tippecanoe County and just north and east of Battle Ground.)

“Here we met Benjamin Reynolds. He inquired where we came from and being informed that we were from Lewistown, Pa. He made inquiry of his brother Major Levi Reynolds, with whom we were well acquainted. Mr. Reynolds said that he and his brother-in-law, George A. Spencer, had arrived in the late fall of 1829.

“Mr. Reynolds informed me that the pair had made selections of lands about two miles up the Big Creek. Here they had put up a cabin and that George Spencer had returned to Perry County, Ohio, to bring their families back to Indiana. These were the first settlers on the ground in White County.”

Actually, Benjamin Reynolds was very familiar with Indiana. He had come to Indiana from Perry County about 1825 and started a stage line from Vincennes to Toledo. This stage line covered a distance of 400 miles and followed the Wabash River.

Reynolds’ stage line had stops every 15 miles where a fresh team of horses were hitched up to the stagecoach. About every 45 miles, Reynolds constructed a cabin to house travelers overnight and feed them. On average, the stagecoach had 12 to 14 passengers inside and on top of the coach.

So, what happened to the stage line? You have probably never heard of the word “strangles.” It’s a respiratory infection in horses that closes off their lungs. Back in the 1820s this was a death sentence to an entire heard of horses as this disease was extremely contagious.

The disease filled the lungs of the horses and they would die because they could not breathe. All of Reynolds’ string of horses died due to the fact that as a teams of horses keep moving up or down the line of the route, they ended up infecting almost all of them.

Reynolds lost everything due to this calamity. Penniless, he traveled back to Perry County and stayed with family.

As noted above, Ole Ben, as he was called, would return to Indiana in 1829 with his brother-in-law George A. Spencer from Perry County. Ole Ben and George Spencer walked the entire distance.

The first order of business was to stake out an area where they wanted to settle and then build a log cabin to which they would bring their families in the spring of 1830. The Spencer families located in Big Creek Township on what later became known as the Tevis farm. Mr. Reynolds decided to build his cabin in what would become Honey Creek Township.

It is interesting to note that 14 people squeezed into the cabin over the first winter.

Spencer would clear his lands and would encourage newcomers to become tenant farmers on his land. After spending a few years as tenant farmers, the family, if they saved their money, could buy land of their own.

Benjamin Reynolds was an agent for White County and would receive a percentage of the money collected from land buyers. Wisely, he did not spend his money but reinvested it in lands in White County as well as other lands outside of Indiana.

Reynolds was a pretty sharp cookie. He realized that the most fertile lands located in White County were the swamp lands. Reynolds bought up wetlands in Monon Township for a song. He hired Irishmen who had emigrated to America to ditch these lands he bought. The most valuable lands in White County yet today are in these drained areas.

So how does Robert Rothrock tie into this story?

Rothrock would become a resident in Union Township as did his father. It was young Robert who would take the money offered by Hans E. Hiorth, his father John Rothrock, and John Barr to the Laporte Land Office to buy the land that would be donated to the county for the county seat of Monticello.

There was one huge catch to this donation. The men stipulated that this donated land would forever be the county seat of White County. This covenant was tested on a few occasions but the courts upheld the covenant of the donation.

Reynolds’ memory lives on. The town of Reynolds was named in honor of Benjamin Reynolds. He platted the town and laid it out in 1854 on land he owned.

All did not go well on developing the lots in Reynolds. Ole Ben had borrowed money from Dr. Randolph Brearley, of Monticello, to survey the town. When it became obvious to Brearley that his investment was at risk, he demanded that the lots of Reynolds be auctioned off in order to satisfy the loan. The auction was held and Brearley’s loan was paid off.

Unfortunate for Ole Ben was the realization that he wasn’t going to receive a lot of money for this development.

Barkley bought land in Union Township and would be a farmer there. He, by this date, had changed the spelling of his last name to Bartley.

Bartley was born in 1803 in Lewistown, Mifflin County, Pa., and died in White County in 1871. Bartley’s land on the south and west of Monticello was prime real estate for investors and he sold much of it to Benjamin Reynolds.

Reynolds realized the long-term prospects of owning land adjacent to the county seat of Monticello, and joined with Walker and Jenners of Lafayette to plat an addition to Monticello. The addition consisted of 134 lots that included streets and alleys in the plat.

While Monticello wasn’t ready to expand that rapidly, it did become a major land holding later as Monticello began to prosper. Reynolds sold his share in the addition way too early.

Showers likely and possibly a thunderstorm this evening, then some lingering showers still possible overnight. Low 46F. S winds shifting to W at 10 to 15 mph. Chance of rain 80%.