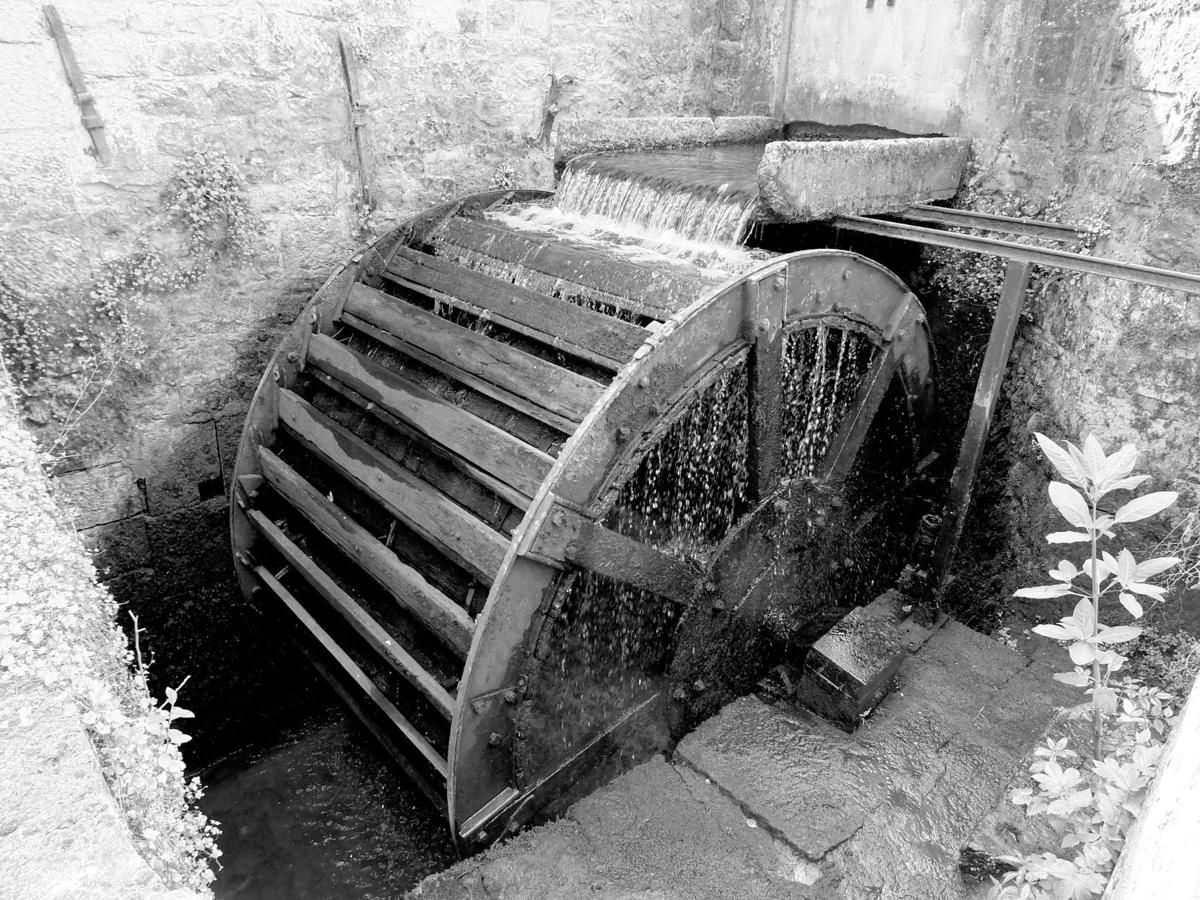 This is a photo of an overshot flutter wheel, or better known as a water wheel, used to power the mills of the 19th and early 20th centuries. 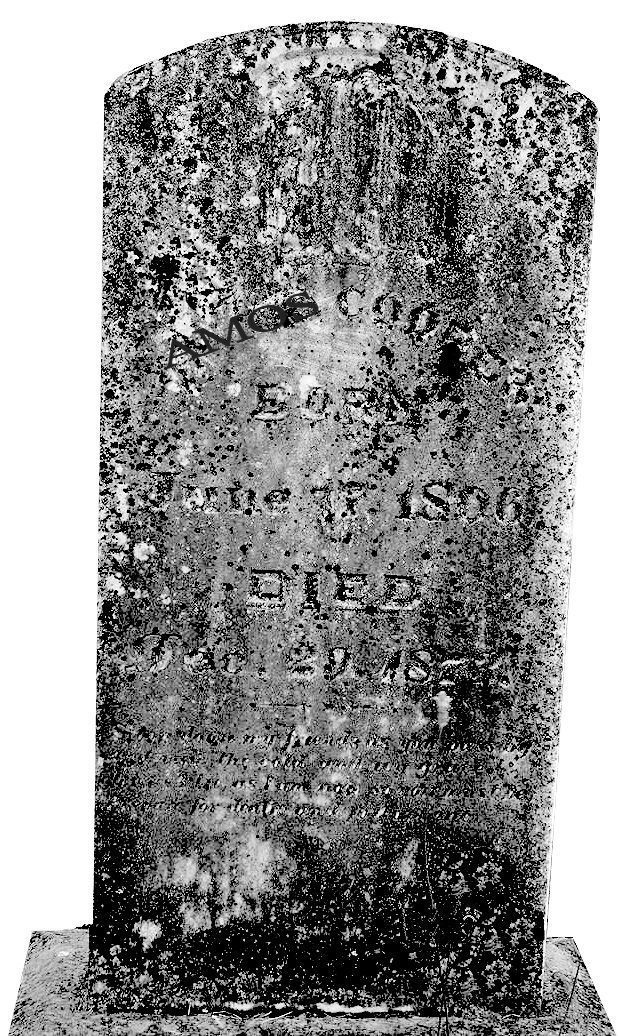 This is a photo of an overshot flutter wheel, or better known as a water wheel, used to power the mills of the 19th and early 20th centuries.

Last week we explored the Loughry family and detailed the large mill they built in 1889. One has to wonder from whom the Loughrys learned the milling trade.

As you will see in this week’s column, the Loughrys learned the trade in White County. The following is a history of Cooper’s Mill, researched and written by Ronald E. Fry in 1985-86.

Cooper’s Mill was located close to Monon. A copy of the full document can be found at the White County Historical Society.

As we know from previous columns, the earliest settlers in White County found overall travel extremely difficult. One of their greatest needs was securing flour and oats from refining wheat and oats.

In these early days, the settlers needed to travel to Norway, Logansport or Lafayette by wagon to get these grains refined. Traveling to any of these destinations literally took days from certain areas of White County.

One of the most inhospitable areas to travel to or from was Monon.

The town was located to the south and east of what we now call Monon. The original settlement was called New Bedford. It was near the confluence of the Big and Little Monon creeks. The area was heavily wooded and had large swampy sections.

Elias Lowther built a mill at the mouth of the Little Monon close to West Bedford that operated from late 1835 to 1840. Charles S. Lowe purchased the grinding buhrs of the Lowther mill and constructed a mill on the Little Monon just east of what we know today as Monon. The Lowe mill was later converted to a saw mill that was operated by Larkin and Gustavus Lowe.

In 1845, Amos Copper and Nathaniel Hull built a dam made of logs and boulders as well as a mill on the Big Monon Creek, about three miles above West Bedford. This became known as Milltown. The mill provided access for those in northern Liberty Township in White County and southern Pulaski County to have their wheat and oats ground.

This mill was large and had the capacity to grind all of the wheat and oats necessary for the needs of this area. The cost of construction for Cooper and Hull was $6,000. This would be a king’s ransom today.

Hull did not stay in Monon Township, even though he had extensive land holdings as well as half ownership of the mill. By 1860, Hull was living in Lafayette and his son, Julius W. Hull, owned half interest in the mill.

Nathaniel and his son sold their interest in Cooper’s Mill about 1870. The Hulls built a huge mill in Dayton, Ind., which had a mill race stretching almost a mile long. A flood destroyed this mill in 1896.

Julius had already sold his interest in the mill in 1892. Nathaniel was born in 1804 and died in December 1876. He is buried in the Spring Vale Cemetery in Lafayette.

Cooper’s Mill was a three-story building constructed of rough-sawn lumber. The dam was located just upstream of the mill with the race was constructed of rough-sawn lumber and elevated on legs. The water would rush down this trough and rotate the flutter-wheel, or more commonly called a water-wheel, to provide power to the axle of the wheel to turn the buhrs that ground the grain.

This style of wheel was typical of the period and was known as an overshot wheel, denoting the fact that the water went over the top of the wheel that started it to spin and create the power to turn the buhrs. The water wheel itself was probably about 11 feet in diameter and was three to four feet wide.

The mill house’s first floor was the location of the office, grinding buhrs (mill stones) and machinery. The second floor was reserved for “bolting” which refined flour or oats. The third floor, which was hot and dry, was used for drying “smut,” a milling term referring to damp grain that had to be dried before it could be bolted or else it would clog the sifting cloths.

Cooper’s Mill operated for about 40 years and went through a series of various owners and managers. Amos Cooper integrated in the Monon society and was voted justice of the peace in the township. He was born in 1807 in Pennsylvania, but moved as a child to Perry County, Ohio, with the family.

Amos was married twice. He married his first wife, Mary Edwards, in 1841. She died in 1843. He married his second wife, Sarah Hull, in 1845. She was the sister of his partner, Nathaniel Hull.

In 1853, Amos sold the mill to Lewis Davison, who divided the ownership with Alexander B. Sosbe, an expert miller. Subsequent owners included John M. Jost and Henry Crumbo in 1872.

Jost purchased the Mill Trading Post and the grist mill, and kept it until about 1900. Jost hired a series of millers who ran the mill. The best known millers in White County were the Loughry family, who operated the mill until 1872.

Jost sold his ownership to Henry Crumbo in 1872. In 1882, Crumbo sold the mill to a partnership from Jasper County. The partners purchasing the mill were Henry F. Dehaven and Thomas J. Saylor.

Each partner paid $2,000 each. The deal fell through and the mill properties reverted back to Crumbo in February 1883.

The mill, after standing idle during this time, was sold to Uriah S. Hussey, George Saylor Jr. and Elijah Reece. These three men were interested in ditching and drainage in Monon Township. The group felt that the Cooper’s Mill dam and mill house foundation to be an issue with drainage and restricted water flow.

Death drew near for Cooper’s Mill.

A deal was signed whereby Hussey, Saylor and Reece would be paid $1,000 to dismantle the millhouse, the raceway as well as the dam itself. All lumber would remain on site and was the property of Crumbo. The mill stones were hauled to Monticello and kept as relics at the Loughry Mill on North Main Street.

As mentioned before, the Mill Trading Post was operated by Jost until about 1900. Today, none of the buildings of the mill or trading post remain except for scattered boulders of the dam and a small section of the millhouse foundation. Even the foundation of the trading post has been removed to make farming the area possible.

Cooper’s Mill, without question for those settling in the Monon, Wolcott and northern Liberty Township in the pioneer era, was a welcome business.

Showers with a possible thunderstorm early, then variable clouds overnight with still a chance of showers. Low 46F. S winds shifting to W at 10 to 15 mph. Chance of rain 80%.