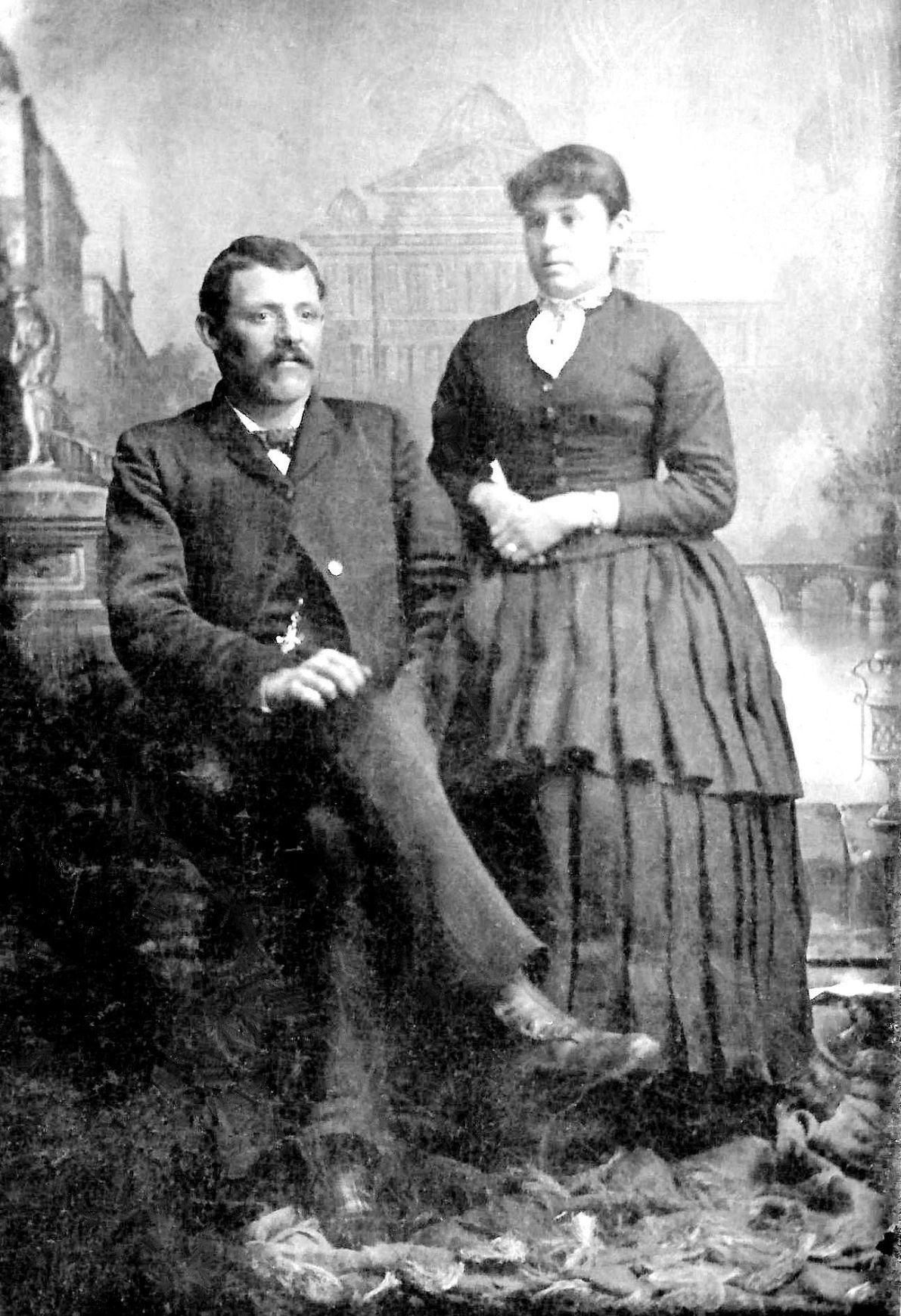 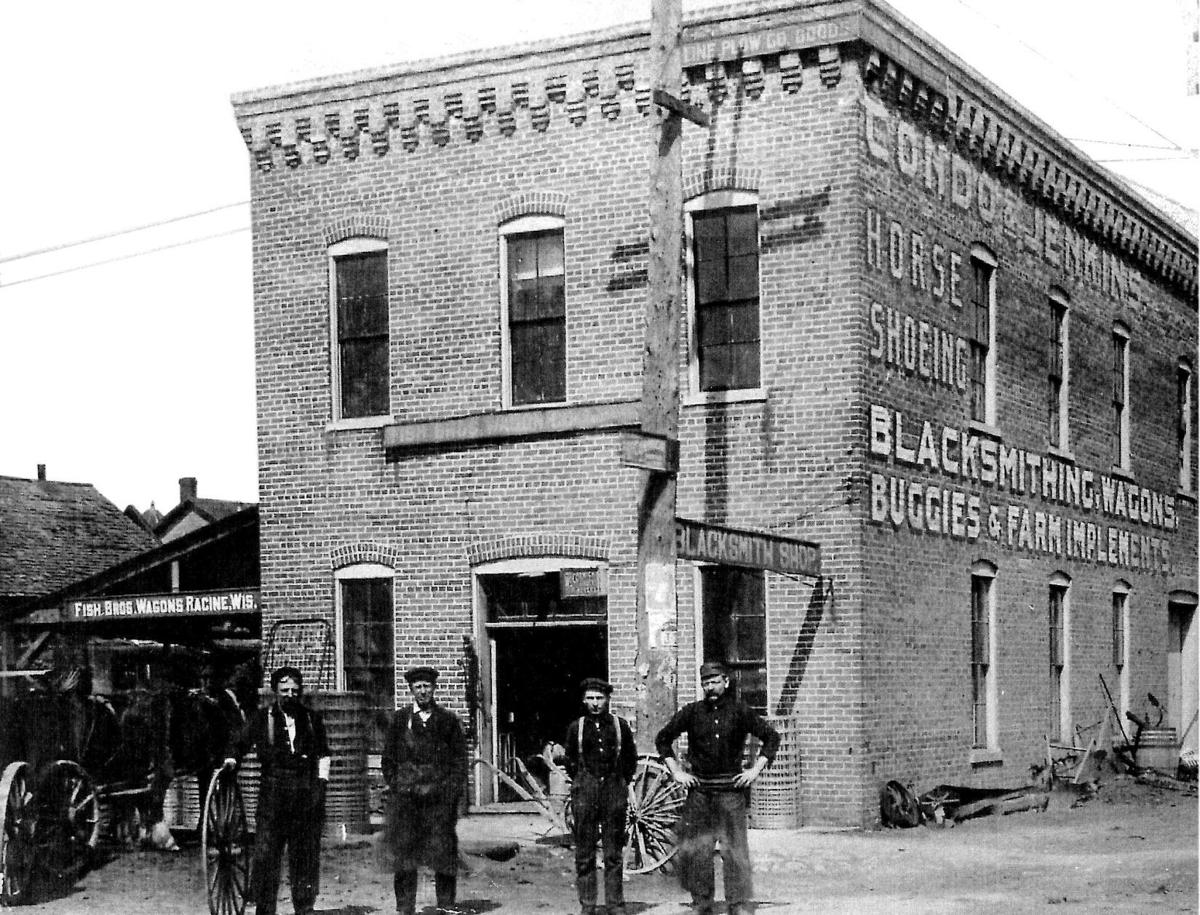 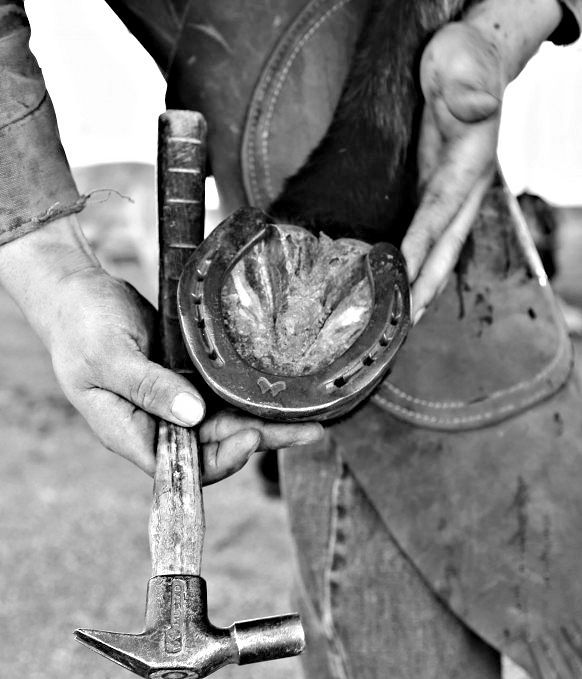 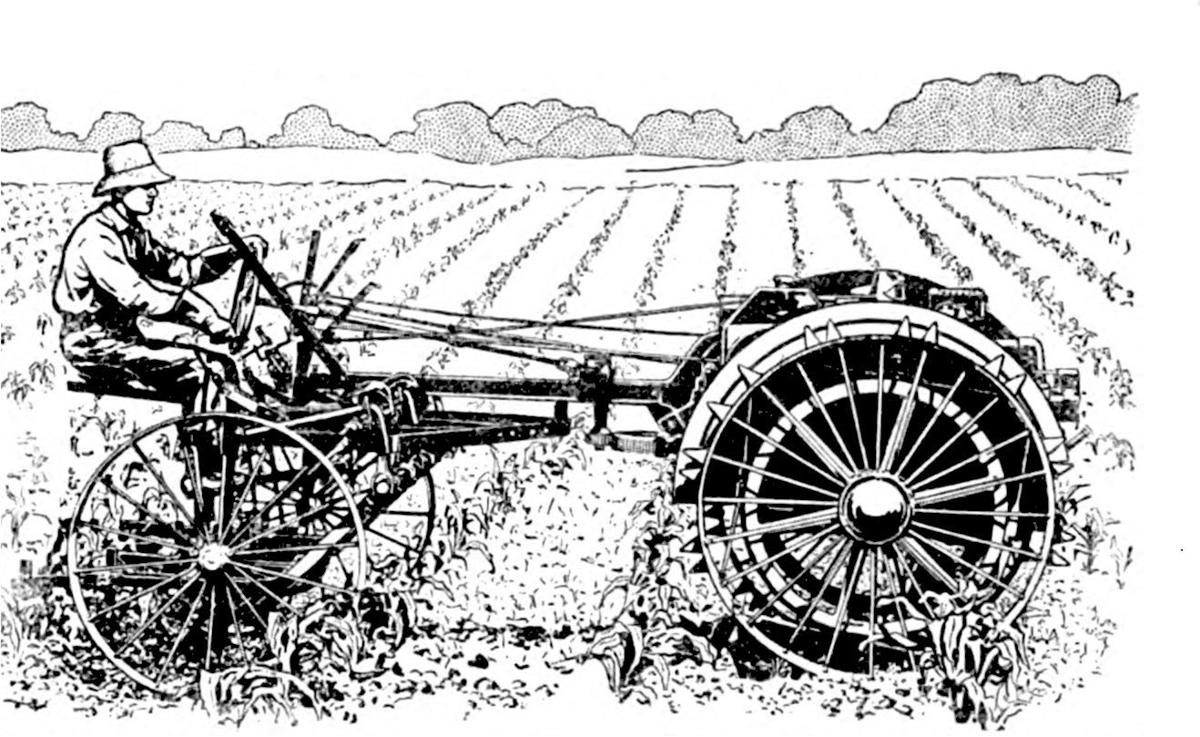 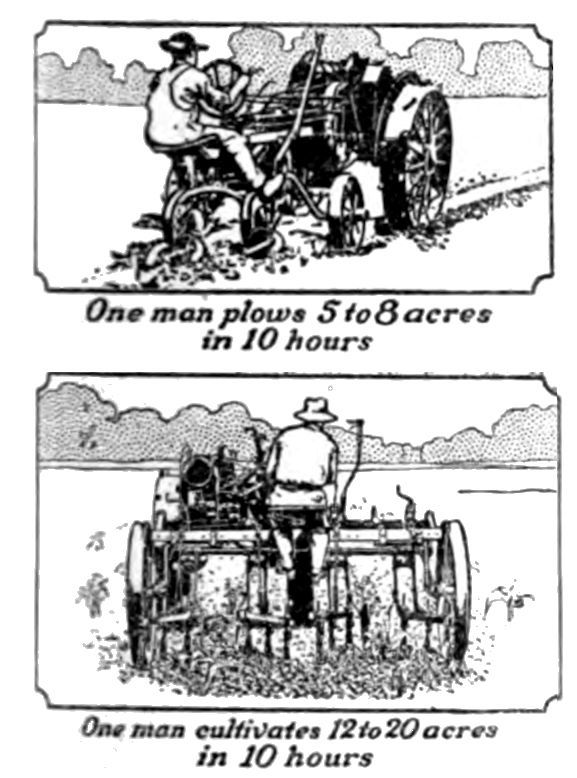 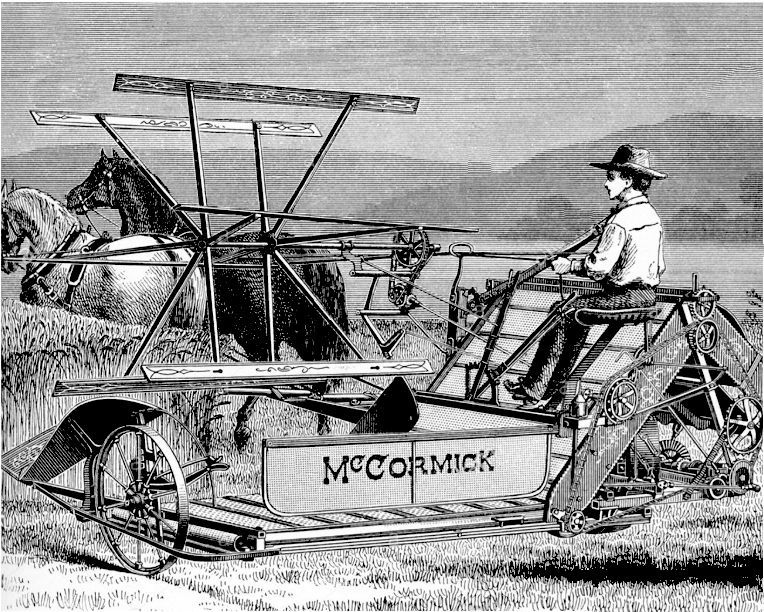 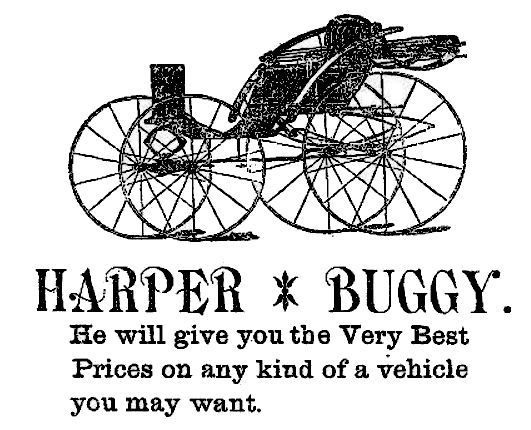 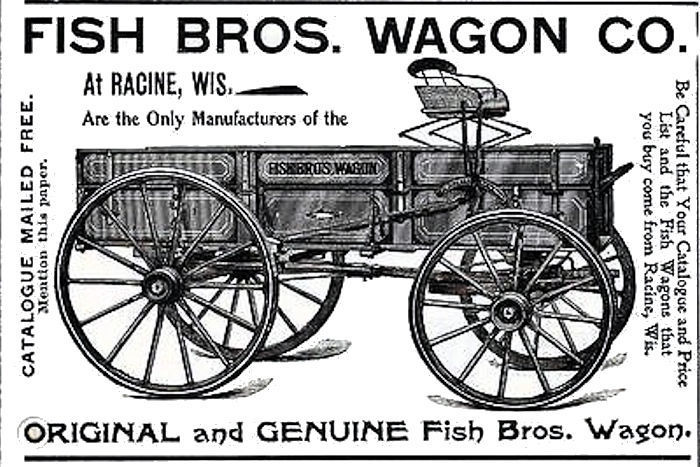 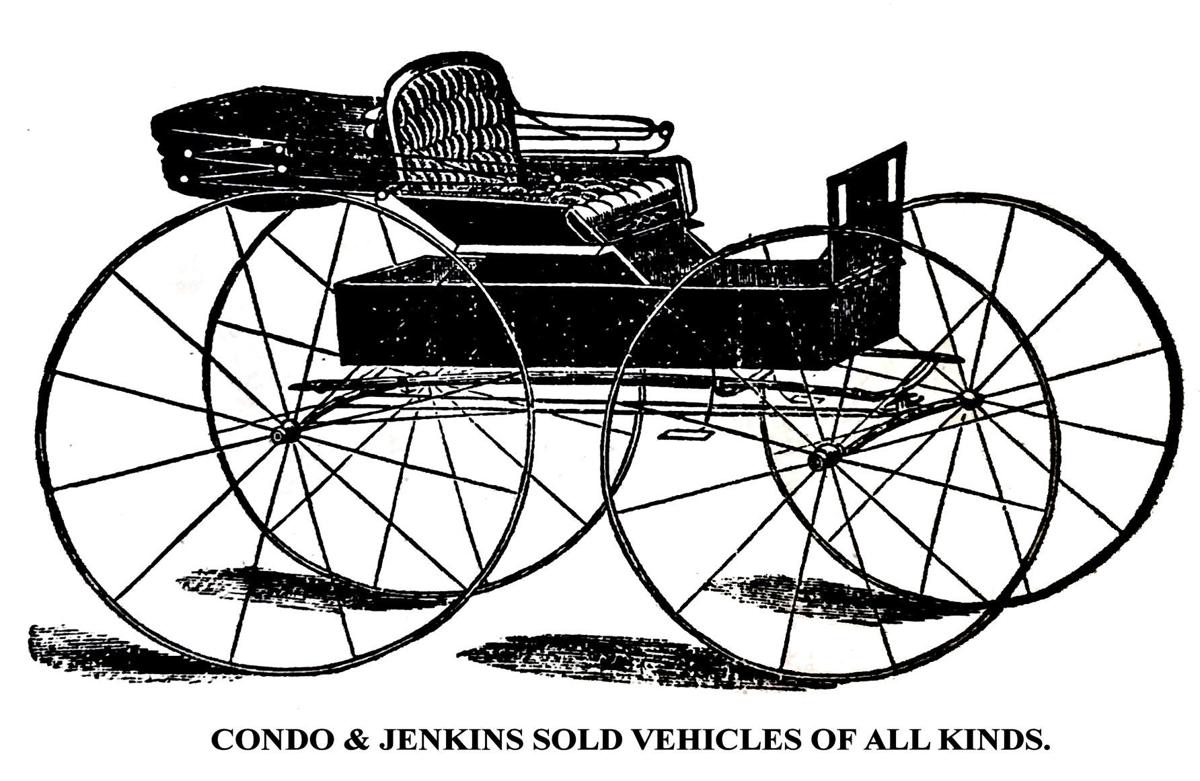 This advertisement from 1905 shows that Condo & Jenkins sold vehicles of all kinds.

This advertisement from 1905 shows that Condo & Jenkins sold vehicles of all kinds.

Today we will explore a business where hard, dirty and exhausting work was required every day.

The poster child for this type of work was the blacksmithing trade carried on by Samuel A. Condo and Irwin William Jenkins. The business was called Condo & Jenkins.

Monticello was the central supply center for White County’s agricultural implements, machinery and other equipment. One of the leading businesses in this line was Condo & Jenkins.

The principals were Samuel A. Condo, who started in the business in 1885, and I.W. Jenkins, who came on board in 1896 at the age of 22. Over the years, the firm built a rock-solid business. The firm was located on West Marion Street between North Main and North Illinois. You will notice from the picture that the building looks familiar. This brick building still stands on Marion Street.

Samuel’s father, Daniel, was also a part of the plow company. Daniel was a traveling agent for the company. I would guess that Samuel picked up the basics in business from both.

For a brief moment we will divert this discussion to the Condo Plow Company. The grandfather, Adam, was probably the first plow manufacturer in Indiana, having engaged in the business from the time he came from Pennsylvania in 1830 to Indiana. His first plows had wooden mold boards. He later improved on that and put out an all steel Condo plow which was famous all over Indiana and sold extremely well on the West Coast.

The economic panic of the early 1870s devastated the Condo Plow business so much that Adam retired to his farm. The Condo Plow Company would ultimately fold and the building was reconfigured into a grain storage facility.

Moving forward and returning to Monticello, we find that Condo & Jenkins handled the best-known products of the time. These included McCormick Harvesters, a full line of Moline products, Fish Brothers’ Wagons and Harper Buggies. All of these products were proven in the market and were all at the high end of the market.

Condo & Jenkins also carried a large assortment of farm tools along with harness. Extensive repairs to wagons and buggies could be obtained here, too.

The men working with Condo & Jenkins were people that got their hands dirty every day and constantly were wiping sweat from their brow. Employment in this trade wasn’t a desk job. One of their main income opportunities was horseshoeing for all area residents.

Think about this: At the dawn of 1900, there were no cars. Everyone depended on horses for transportation. You can imagine how busy they were with this end of the business.

A companion business was general blacksmithing, wood fabrication and they had a general repair shop. Condo & Jenkins were not idle players in the business. Both were as active as the workmen they employed.

Not everything comes up roses in the business world. In August 1901, the fire that destroyed the Christian church on the northwest corner of Main and Marion also consumed the Cowger stables along with the Condo & Jenkins stables where they kept the horses that needed horseshoeing.

In addition, the firm was the largest junk dealer in the area. They would buy all kinds of iron and other metals. If you recall the article on David McCuaig, you will remember that it was Condo & Jenkins that scrapped out the paper mill just north of the Tioga Bridge.

As time moved forward, technology advances would bring gas powered tractors and automobiles. The new players in this space obsoleted much of what Condo & Jenkins had been so successful in. Today this new technology would be known as a disruptor industry.

The innovators were Henry Ford and others like him who, in a matter of two decades, replaced the horse as well as farm wagons and buggies. About 1920, S.A. Condo left the business and would turn the business over to his son, Leslie.

At 90, Mr. Condo was probably the oldest member of the Monticello Odd Fellows Lodge. Sam retired from business in 1945. He passed away at the family residence following an extended illness. He had been bedfast for four years, and had been in failing health for seven years.

Sam and his wife are buried in Riverview Cemetery. His son, Leslie “Pete” Condo, continued in the salvage and scrap business.

Today the family continues to be involved in the scrap business on North 6th Street in Monticello under the name Condo and Sons New & Used Auto Parts.

Note: At the start of World War II, metal scrap drives were common. It pains me to tell you that a Civil War cannon adorned the courthouse square. The only thing wrong with the cannon was one of the wheels collapsed due to rotted spokes. Yes, it headed for the scrap yard at Condo’s.

For future generations of Condos this would become their career path.

Next week we will take an in-depth look at Samuel Adam Condo’s next business adventure.