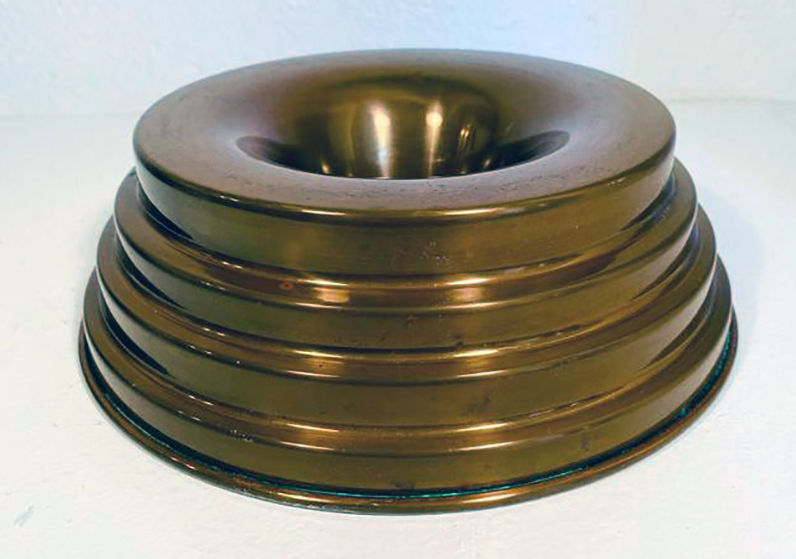 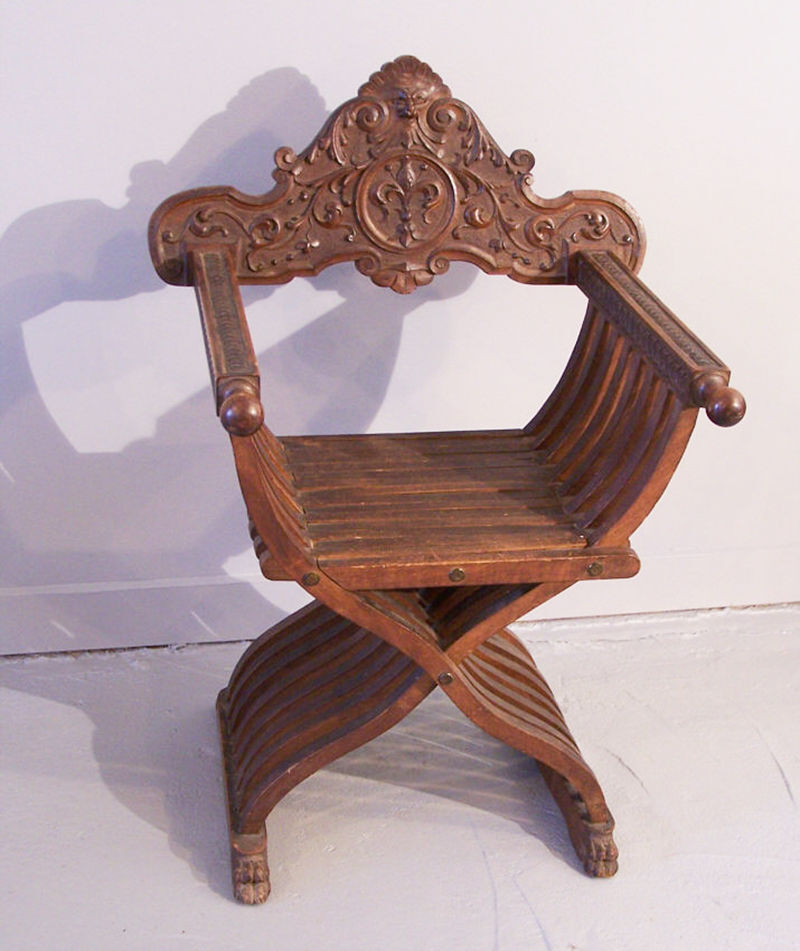 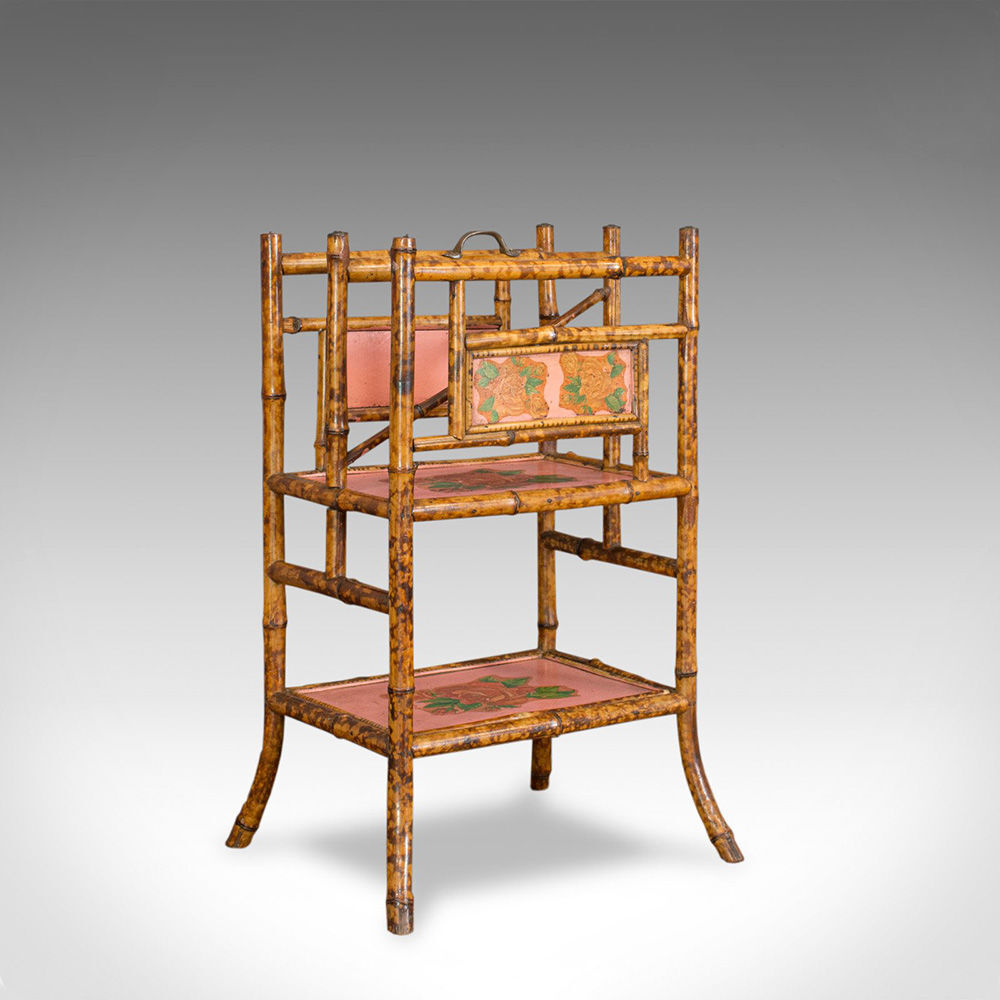 Q. This strange carved chair was in my late grandparents’ apartment. It was the first thing we saw when we opened the front door. I have seen similar chairs at antiques shows described as “Renaissance, and priced for thousands of dollars. What can you tell me of the age, history and value of this one that I inherited years ago? — C.D., Delray Beach, Fla.

A. You have a Renaissance Revival “Savonarola” carved chair probably made in the 1880s. This style chair was originally made in Italy in the 15th century. It was named after Savonarolla, a Friar during that period. It has never stopped being reproduced. Your chair could sell in a retail setting for $1,500 or more.

Q. I collect unusual copper food molds. I found this strange shaped one at a garage sale. The price was $5. It was badly tarnished but when I polished it on the bottom it said “Copral Portugal. It is around 8 ¾” diameter and 3 ¾” high. Any idea of its age and what it was used for? Did I get a bargain? — S.T., Des Moines, Iowa

A. The shape and design suggests it is in the late Art Deco style. It could have been made for a dinner pudding because of the large size. It could also have been made for restaurants. Portugal has been making and exporting copper cookware since the 19th century. One of the problems with it comes from the tin lining. You didn’t mention if your mold has a tin lining. Copper molds have been made around the world from the 17th century and were very popular in the 1920s, 30s when Jell-O recipes were trendy. Your unusual mold could sell to a collector for $50 or more.

Q. When my late grandparents came to America from England in the early 20th century they brought several pieces of antique furniture with them. This unusual piece is the only one surviving. The family thought it was probably made in Japan. It was used to hold magazines and newspapers. We think it is bamboo. The painted floral panel is lacquered. What can you tell me about age, purpose and value? — L.M.C., Pittsburgh, Penn.

A. From your photo you appear to have a bamboo, 2-section music rack. Bamboo furniture was trendy in England, France and America beginning in the 1870s. It began when the Japanese exhibited examples of bamboo furniture at the London International Exhibition in 1862. It was made in England and America by important cabinet makers. However, not of bamboo but of maple. It was known as faux-bamboo. Your piece was probably made by a quality English cabinet maker. It could sell in a retail setting for $800 or more.

Do you have an antique item and need more information? For a personal reply send a photo, history, size and any signatures with self-addressed, stamped envelope and $25 to Anne Gilbert-Strawbridge, 1811 Renaissance Cmns. Blvd. No. 2319, Boynton Beach, FL 33426.

Copper molds have been made around the world from the 17th century and were very popular in the 1920s, 30s when Jell-O recipes were trendy.