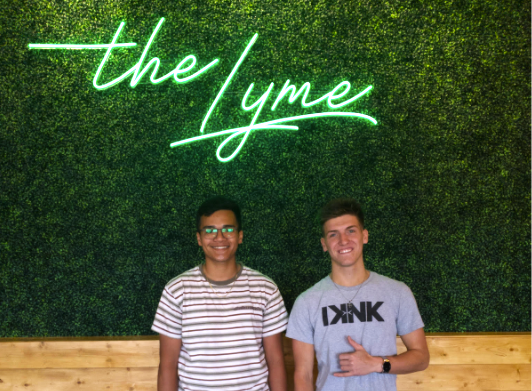 Twin Lakes grads Elvin Gutierrez and Nick Mendel have partnered to start their own restaurant, “The Lyme.” 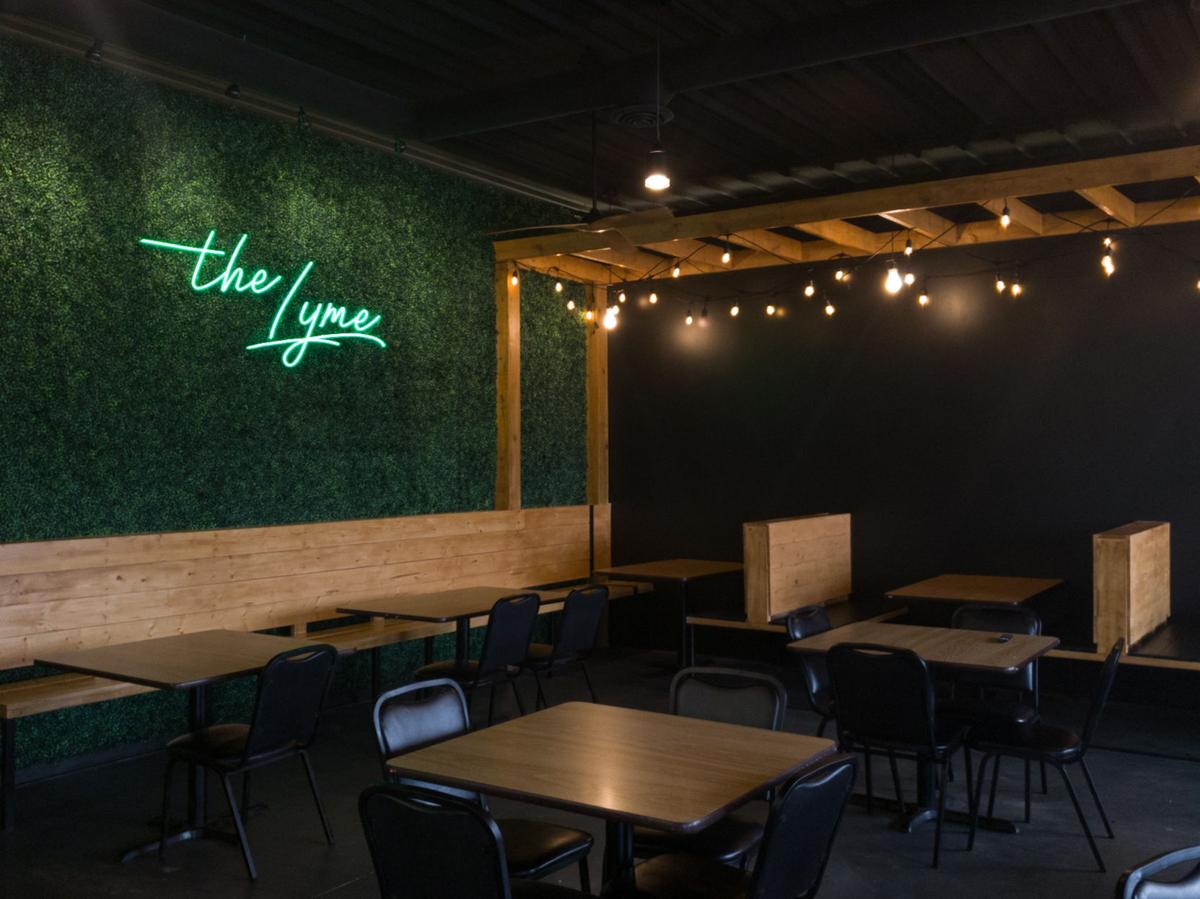 Twin Lakes grads Elvin Gutierrez and Nick Mendel have partnered to start their own restaurant, “The Lyme.”

Located at 1017 N. Sixth St., Monticello, where John’s Bakery once stood, the business partners wanted a place where people could grab a bite to eat unlike anywhere else in Monticello.

“We want them to ask why they are eating this type of food instead of just burgers and fries that they can get at other restaurants. It was just something to push us beyond just fast food and the usual food you would eat in this area,” Mendel said.

The restaurant’s name was going to be “The Lime,” but the pair wanted the “y” to mean “why?”

“We wanted our workers to have a reason to come to work, love their work, and have passions, not just here but in life,” Gutierrez said.

The pair want to promote individuality within a team environment, so each person can excel and learn bigger life skills in the process.

“Almost every restaurant I worked at, it seemed like not a lot of people liked working in those restaurants because it seemed like a smaller type of job,” Gutierrez said. “I want to make every position as important as possible, so they can learn the process and even want to open their own restaurant.”

The pair wish to express this passion and purpose to the customers, as well.

“People just go through so many motions in life, you know, we are 30 before we know it and we don’t even know why we did half the things we did,” Mendel said. “So we kind of just want to slow things down. Plus, if you eat good, you feel good, and then you have purpose.”

The patio-themed seating area features string lights across the booths to create a calming aura. But the neon green “Lyme” sign hung against a wall of greenery still places a fresh and energized feel to the room.

The mood, they added, makes the customer feel like they are sitting on their HGTV-renovated patio, but with their food being cooked for them. The restaurant’s open concept is used to promote community and their escapism idea.

“We wanted to be open with the community so they can experience the process. They can watch their food be cooked,” Mendel said. “Our goal is even to put cameras over the cooking stations, just so people can see where their food is coming from.”

The pair plan to use recordings to post online cooking videos and write cookbooks.

“This kind of helps our employees, too, because I can’t be with every employee to teach them how to cook every little detail,” Gutierrez said. “So if we make videos and books, it would be a lot simpler.”

Gutierrez’s and Mendel’s restaurant dream started after becoming friends in high school while playing soccer. When COVID-19 hit, they saw the opportunity to achieve their goals and took it.

“We have talked about it for a couple of years, and as we were getting older, we just kind of brought it up again,” Mendel said . “(Gutierrez) was interested and I said, ‘I tell you what, if you are interested, I will help you,’ because he was looking for a partner and we were always talking about it. So I was like, ‘Now is better than never.’”

The pair didn’t receive much support at first, but that support has grown exponentially since officially starting the process.“People were kind of like, ‘Don’t do it.’ There were a lot of people saying there is just so much time involved and you just can’t do it. People don’t understand how to delegate and what goes into the process,” Mendel said. “I am just going to be proud when I can say, ‘We did it, this is ours.’”

Gutierrez, born in Monticello, has lived in the area for 20 years. He is a 2019 Twin Lakes graduate with varsity letters in soccer. Since high school, he wanted to own a business.

Cooking at Esmerelda’s during school and for his friends furthered his passion. Following school, he cooked in Lafayette and Chicago restaurants before returning to Monticello and partnering with Mendel.

Mendel is a 2017 Twin Lakes graduate with varsity letters in soccer. He started his own graphic design business, named Ikonik, after graduation and has provided branding/marketing support for various businesses in the community.

His work is showcased on the doors of Twin Lakes’ buildings, banners hanging in Twin Lakes sporting areas and in Lyme’s advertisements.

When asked why they decided to start in Monticello, Mendel said, “We saw Monticelllo as a good starting ground. Our goal is to open multiple locations, but we saw the opportunity here to bring a diverse menu and modern atmosphere to the area."

The pair said they have been cooking with each other trying to find the perfect recipes to place on their menu, since starting the process.

“We have come up with different flavors throughout the menu. Ever since this process started, I have just been cooking at home,” Gutierrez said. “We have been trying new things, different flavors.”

For updates or more information, visit “The Lyme” on social media at https://www.facebook.com/theLYMEeatery.

A ribbon-cutting ceremony is planned for 1:30 p.m. June 8 at the restaurant.