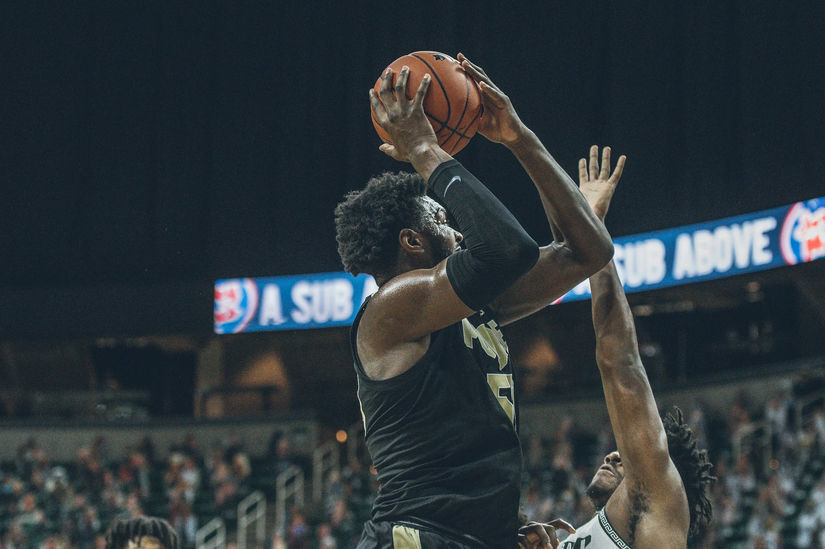 Trevion Williams made a short jumper with 4.5 seconds left and scored 22 of his 26 points after halftime, rallying Purdue past No. 23 Michigan State 55-54 on Friday night after trailing by 17. 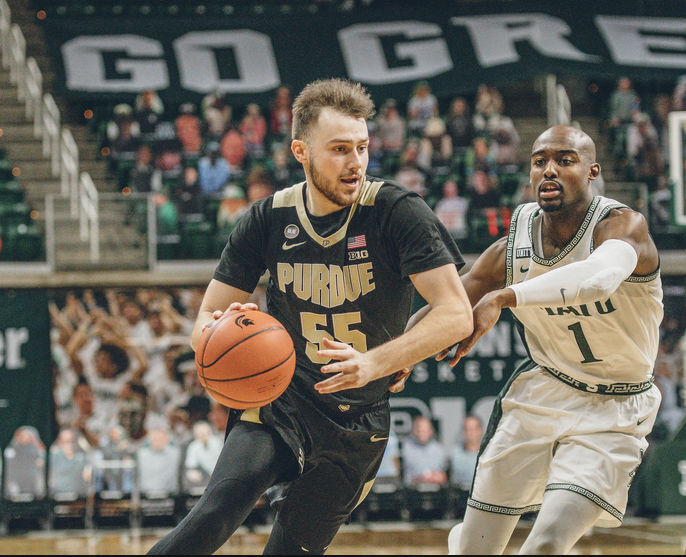 Trevion Williams made a short jumper with 4.5 seconds left and scored 22 of his 26 points after halftime, rallying Purdue past No. 23 Michigan State 55-54 on Friday night after trailing by 17.

EAST LANSING, Mich. — Trevion Williams made a short jumper with 4.5 seconds left and scored 22 of his 26 points after halftime, rallying Purdue past No. 23 Michigan State 55-54 on Friday night after trailing by 17.

Aaron Henry, who scored 13 points, missed a runner from the left side of the lane just before the buzzer to seal the collapse for the Spartans.

And, they simply couldn’t stop Williams in the second half.

The 6-foot-10, 265-pound forward did not connect on his last attempt at the line with a chance to pull Purdue into a 54-all tie with 9.8 seconds left, and later said it was a fortunate miss.

The Spartans and Boilermakers both got to the loose ball after the missed free throw, and the visitors had the alternate possession arrow pointing in their direction. Williams caught a lob pass on an inbounds play and took full advantage with a short, floating, go-ahead jumper.

Early in the game, the Boilermakers looked rusty playing for the first time in nearly a week. Their game on Tuesday against Nebraska was postponed.

Michigan State’s Joshua Langford scored seven of his 10 points in the first half.

Purdue: The comeback in the second half can help the team gain confidence in the future, knowing it can rally from a big deficit against a ranked team on the road — and win.

Michigan State: The offensive woes include turning the ball over and shooting the ball poorly, a combination that is holding the team back.

The win was Purdue’s third straight over Michigan State and first in the Breslin Center since the 2016-17 season. It’s the first time since March 1993 to Feb. 1997 (7 straight wins) that Purdue has won three straight games against the Spartans.

Purdue has won five of the last seven meetings with Michigan State.

In the last two meetings against Purdue, Michigan State is averaging 48.0 points per game.

The win marks the first win in East Lansing as an unranked Purdue team against a ranked Michigan State team ever.

The win was Purdue’s 21st win over a ranked team since the start of the 2016-17 season, good for ninth nationally.

Purdue is now 157-7 under Matt Painter when holding opponents to 59 or fewer points.

Trevion Williams scored 26 points with nine points, including the game-winning basket with five seconds left. He scored 24 of his 26 points in the second half, outscoring Michigan State (23 points) in the final 20 minutes.

In four games against Michigan State, Trevion Williams is averaging 14.8 PPG and 8.5 RPG while shooting 23-of-44 from the field.