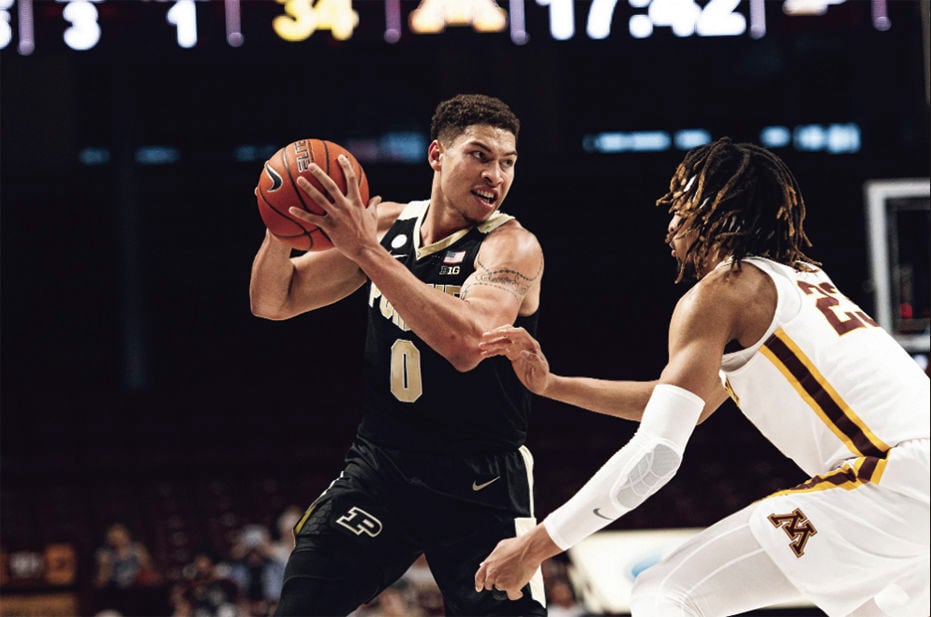 Purdue’s Mason Gillis had five points in the loss to Minnesota. 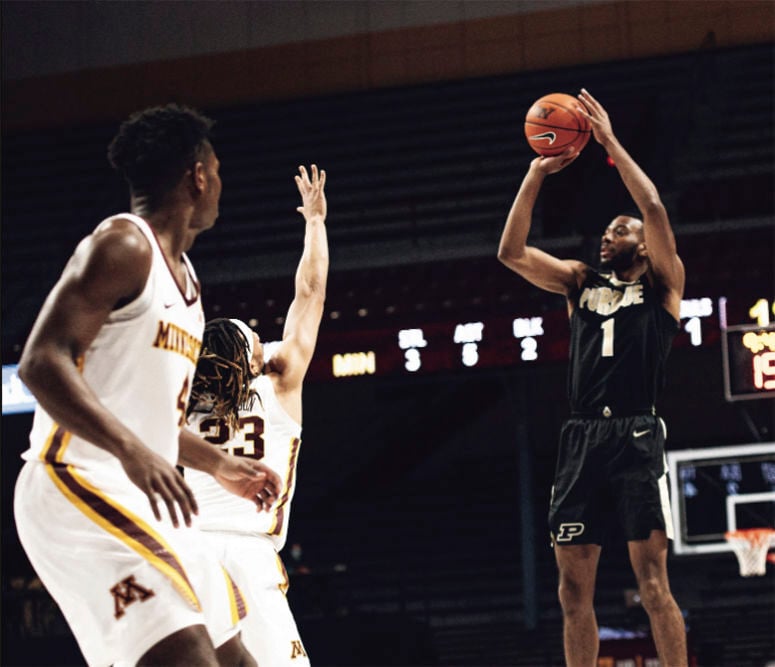 Purdue’s Aaron Wheeler fires up a shot against the Gophers defense.

Purdue’s Mason Gillis had five points in the loss to Minnesota.

Purdue’s Aaron Wheeler fires up a shot against the Gophers defense.

MINNEAPOLIS — Marcus Carr scored 19 points, Gabe Kalscheur added 16 and Minnesota rallied late for a 71-68 victory over No. 24 Purdue on Thursday.

Brandon Johnson scored 15 points and Liam Robbins added 11 points and 10 rebounds for Minnesota (12-7, 5-7 Big Ten), which trailed by five with 2 minutes to play.

In a sluggish game in which both teams struggled from 3-point range, Minnesota finally got hot in a wild finish.

After Kalscheur buried a pair of 3-pointers, Robbins missed the front end of a one-and-one that could have tied the game with 2 1/2 minutes to play.

At the other end, Purdue’s Mason Gillis spotted up in the corner and buried a 3 for a 64-59 lead. Gillis’ basket snapped a string of 12 straight misses from beyond the arc for the Boilermakers.

However, Robbins responded with a jumper, and after a Purdue turnover, Carr came up with a loose ball and drained a long 3-pointer to tie the game at 64.

After a timeout, Purdue worked the ball inside to Williams, who missed twice but came up with the rebound both times. He was successful on his third attempt, a dunk that gave Purdue a two-point lead with 51 seconds to play.

Carr tied the game again with a pair of free throws. Williams answered with an up-and-under move to beat Robbins for a layup, but Carr rattled in a 3-pointer from the top of the key to put Minnesota ahead 69-68 with 14 seconds to play.

On the ensuing possession, Purdue went back to Williams, but he was called for traveling on the baseline. Kalscheur hit two free throws, giving Minnesota a 71-68 lead. Sasha Stefanovich’s last-second 3-pointer came up short.

Williams, who was held to eight points in Purdue’s victory over Northwestern on Saturday, came up huge against Minnesota, especially in the first half, when he scored 13 straight Purdue points in one crucial stretch.

Minnesota surged to an early seven-point lead on the strength of three straight baskets by freshman Jamal Mashburn Jr. But the Gophers missed 10 of their next 12 shots, and the Boilermakers took advantage.

Williams helped launch a 15-2 run with a three-point play and a jumper. Hunter fed Aaron Wheeler for an alley-oop dunk, then knocked down a jumper of his own to give Purdue a 30-24 lead.