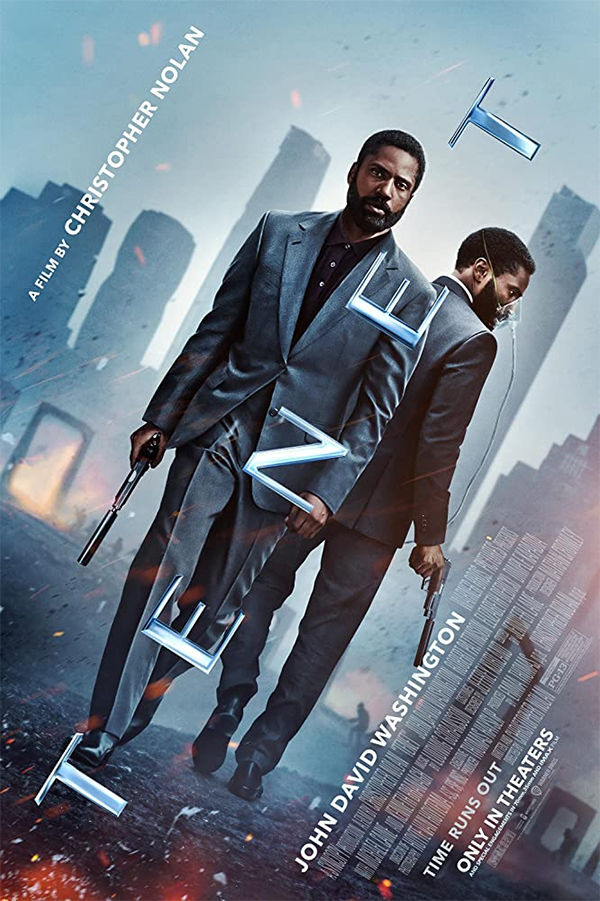 “Tenet” is rated PG-13 for intense sequences of violence and action, some suggestive references and brief strong language. Its running time is 150 minutes.

Director Christopher Nolan’s “Tenet” is the biggest step yet in restoring the movie-going experience.

For all intents and purposes, the return to theaters started two weeks ago with “Unhinged.” That was the first movie. Then last week came “The New Mutants.” Set in the “X-Men” universe, it was the first franchise movie.

Now comes “Tenet,” which is in the enviable position of being the first good movie.

Nolan loves to mess around with time and chronology. “Memento” was a story told in reverse. “Inception” had four layers of dream worlds in which time progressed at different speeds while very little time was actually passing. “Durkirk” bounced between four different stories in four different time frames, and “Tenet” introduces us to the concept of time inversion.

What is time inversion? “Don’t try to understand it,” says a character early in the film.

That’s fine by me, since I’m not entirely sure the movie even understands it.

Basically, the characters have access to technology that lets them go backwards in time. Not disappear and reappear at a point of their choosing like in most time travel movies, but travel backward at a normal speed as the rest of the world travels forward at regular speed.

Say you wanted to fight an opponent. Time inversion could give you a two-on-one advantage since you could fight the person in real time, then later go back and join the fight again along with your past self while breaking out some unusual reverse fighting moves. That might not be the best example, but it’s a deliberately confusing concept.

John David Washington stars as an unnamed protagonist (though he annoyingly likes to refer to himself as “The Protagonist”) who initially works for the CIA. But after foiling a terrorist attack in Kiev, he is drafted into the Tenet program, which is dedicated to foiling evil time inverters.

He and his partner Neil (Robert Pattinson) head off on a mission to stop evil weapons manufacturer Sator (Kenneth Branagh) from using inversion to steal plutonium and destroy the world with whatever he’s creating.

To get close to Sator, the Protagonist must get close to his wife Kat (Elizabeth Debicki), who Sator controls mercilessly with blackmail material. Although he is initially only interested in using Kat as a means to an end, The Protagonist wonders if there’s a way to rescue her and her son from Sator’s clutches.

Kat is certainly interested in safety as a condition of helping The Protagonist, which I felt was a selfish storyline distraction. The end of the world is on the line here, she needs to be thinking about more than just two people (who will be wiped out anyway if Sator succeeds) when deciding whether or not to cooperate.

The biggest takeaway from the film is the impressive, dizzying action scenes, which is what one expects from a Nolan film. There’s the shootout at the opera house in the beginning, a vertical stealth mission up the side of a skyscraper, an elaborate plane crash, a “standard vs inverted” fight sequence, a “standard vs. inverted” car chase, and some nifty hand-to-hand combat.

I may not understand Sator’s blackmail plot against Kat or the finer points of time inversion, but I can understand The Protagonist raking a goon across the face with a cheese grater.

“Tenet” is a movie for people who like movies that mess with their heads. I prefer my movies a little more straightforward, but I can recognize a monumental effort when I see one.

And I liked the performances: Washington gives undeserved life to a blandly-written Protagonist, Pattinson works surprisingly well as the wild-card sidekick, Debicki is going to become a major starlet after her turn here as a femme fatale, and Branagh is likely to go down as the most chilling villain of the year.

The screenplay sacrifices rationality and character development for set pieces and time inversion logistics, but overall the movie is an exciting big-screen experience after a spring and summer completely devoid of them.