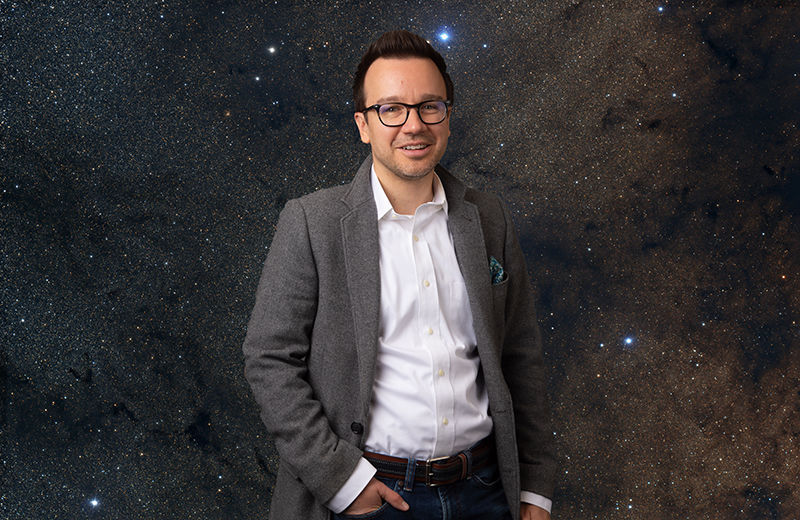 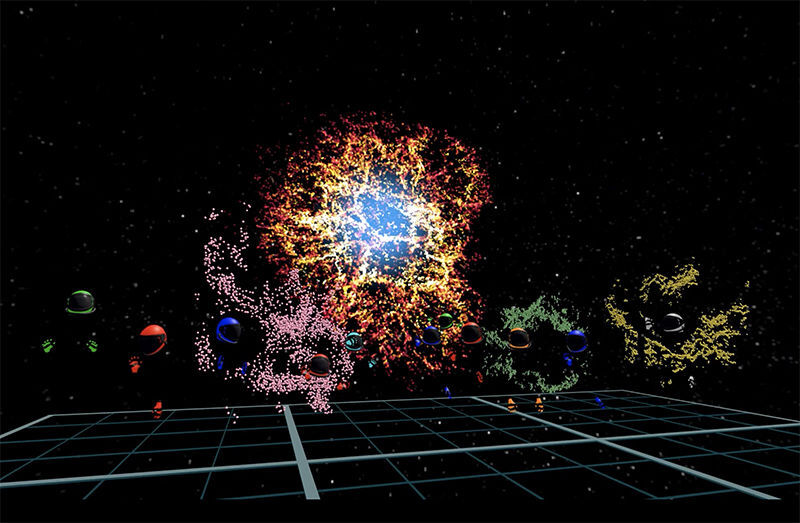 A Purdue professor is using an innovative new technology to teach students in immersive environments—including stellar remnants thousands of lightyears away.

A Purdue professor is using an innovative new technology to teach students in immersive environments—including stellar remnants thousands of lightyears away.

WEST LAFAYETTE, Ind. — A professor at Purdue University is teaching his students astronomy by letting them touch the stars. Danny Milisavljevic, assistant professor of physics and astronomy, is using innovative new technology for his students to use virtual reality headsets to explore space.

The first technology of its kind to allow connection by students in different locations — rather than on the same Wi-Fi network — the headsets are also based on lightweight, relatively inexpensive and commercially available hardware. The technology was used for the first time last month in his Intermediate Astronomy II class.

The virtual reality environment allows students to fly through and around astronomical objects including stars and supernovae, and manipulate them to observe how they have changed over time, something that is possible thanks to enormous quantities of rich 3D modeling information and analyses. The system emphasizes scientific fidelity, giving a clear and accurate depiction of datasets. Similar systems eventually could allow students to study other topics including looking at microscopic or cellular data, anatomy, geospatial terrains, historical locations or even complex animated machinery. A video is available on YouTube.

Other companies and institutions have used virtual reality in a similar way before, but Milisavljevic’s solution is more scalable and less expensive — costing hundreds of dollars per unit rather than thousands — and drastically improves accessibility, allowing students to collaborate from anywhere on the globe with Wi-Fi.

Milisavljevic already had built the virtual-reality platform, but with the onset of the pandemic, and concurrent mandates for socially distanced learning, he applied for an National Science Foundation RAPID Grant to help him develop this technology so that people did not have to be in the same physical location to share a virtual environment.

“I was awarded an instructional innovation grant as a learning aid,” Milisavljevic said. “We put on this headset, or even on a PC or Mac, and now we can all be in the same virtual environment. The instructors and students have great control over what we’re seeing, and we can collaborate to understand the stellar dynamics happening in distant galaxies and nebulae.”

The first test of the technology in a classroom environment was hugely successful, according to Milisavljevic, and he will continue to use it throughout the rest of the year. His students responded overwhelmingly positively.

“This is the coolest thing I have done in a year!” wrote one student. “It’s just plain fun, and it’s super visually helpful for a subject like astronomy where things can be hard to visualize in 2D.”

“It was an awesome experience,” another wrote. “I felt as though I was actually walking around in space and the real-time manipulation of the stellar remnant renderings really added to the learning experience.”