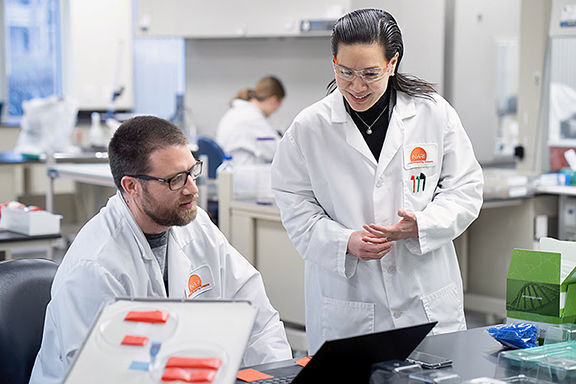 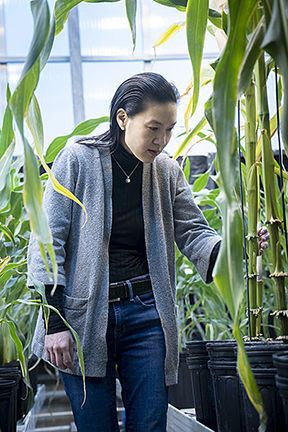 WEST LAFAYETTE – Inari Agriculture, a biotechnology company developing next-generation seeds, has secured $145 million since its founding less than four years ago and is expanding its operations at its Purdue Research Park-based Seed Foundry.

“There are several goals we are working toward at the Seed Foundry, including reducing the time and cost to develop new seeds, and improving water and land use for crops like corn, wheat and soybeans,” said Ponsi Trivisvavet, Inari Agriculture CEO. “With the funding, we can support additional team members and increase our staff in West Lafayette to accelerate our seed research at an even faster pace.”

Trivisvavet added that the research advancements would help Inari expand its extensive “toolbox” of proprietary and exclusively licensed technologies to create new products and added production value for farmers around the globe.

“Right now, we are focusing on corn, wheat and soybeans because these are common food sources around the world and common crops in the U.S.,” Trivisvavet said.

The company opened the Seed Foundry in West Lafayette, in 2018. The company also has locations in Ghent, Belgium, and Cambridge, Mass.

“We conduct crop genetics research in Cambridge and Belgium, but we wanted a location in the Midwest where our customers are and where a majority of corn, wheat and soybeans are grown,” Trivisvavet said. “We visited several locations and felt that being close to Purdue University would provide a number of important benefits, including a pipeline of talent from Purdue and easy travel around the Midwest. An important added benefit is that the people in the Midwest have grown up around agriculture, and they understand it and connect well as a team.”

“We all know that we need to change the way we produce food in order to meet the growing global needs for food security, and Purdue and Inari share this critical goal,” said Karen Plaut, Purdue’s Glenn W. Sample dean of agriculture. “The funding that Inari has secured in such a short amount of time demonstrates that Inari is fast becoming a world leader in seed research.”

Purdue has had three World Food Prize laureates, its College of Agriculture was rated in the top 20 in the world and No. 7 in the U.S. by Qualacquarelli Symonds, and its Department of Agricultural and Biological Engineering was ranked as the top program in the country in the 2019 U.S. News & World Report.

The College of Agriculture’s International Programs in Agriculture (IPIA) collaborates with educational institutions, agencies and organizations throughout the world.