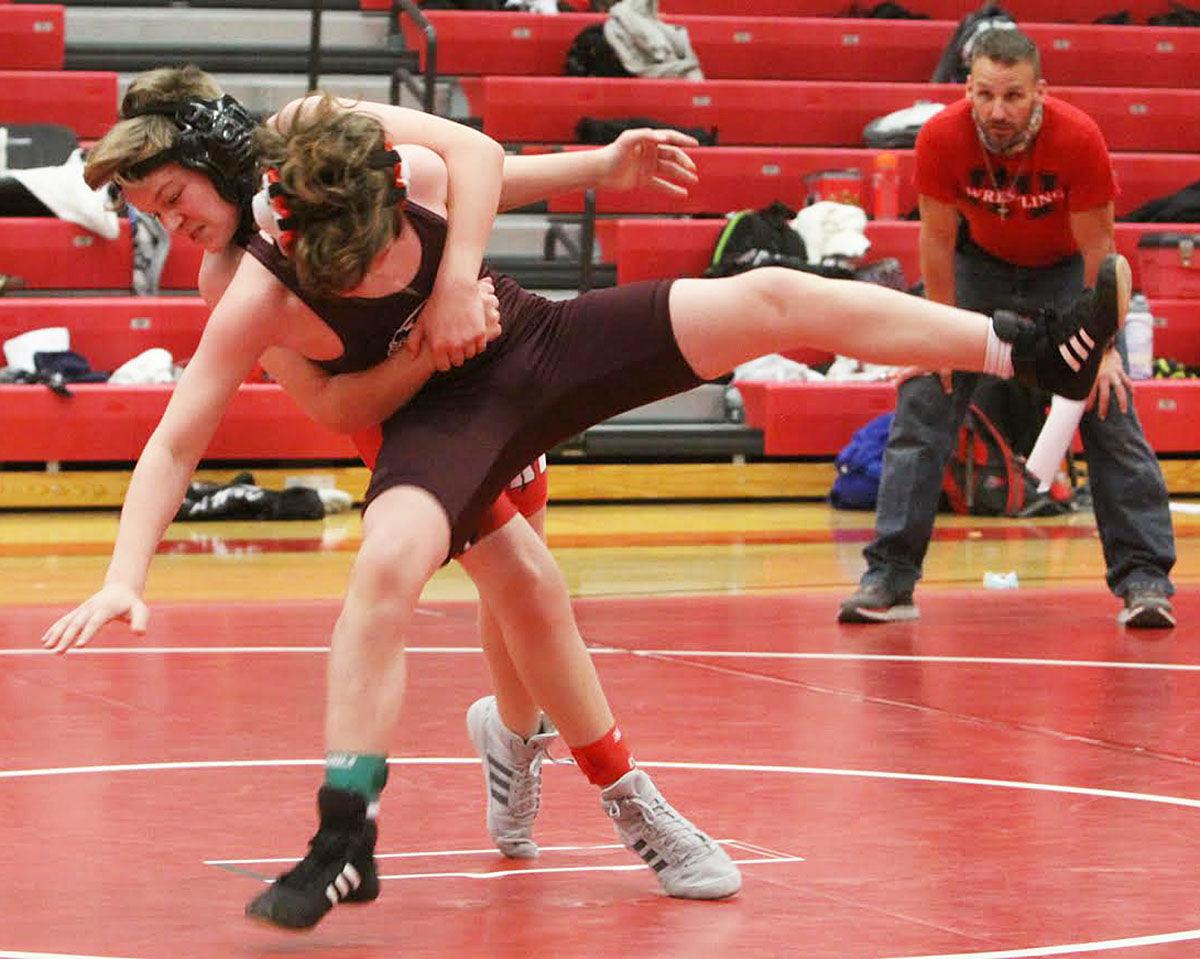 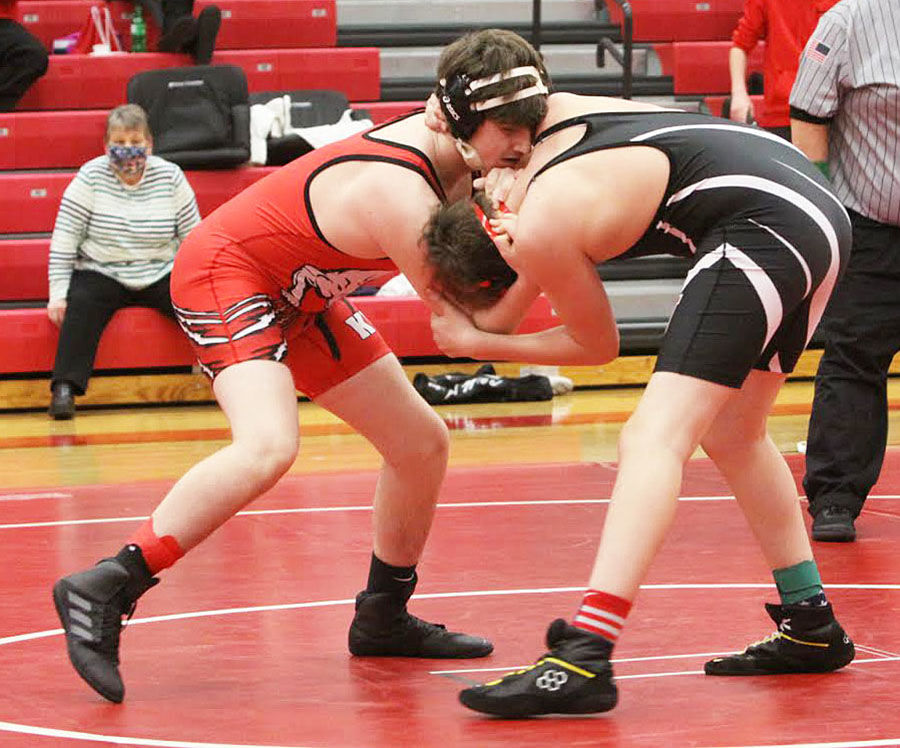 Mason Kitchen of KVMS looks for a takedown against Urey’s Eli Beeney at 165 pounds.

Mason Kitchen of KVMS looks for a takedown against Urey’s Eli Beeney at 165 pounds.

Normally a six-team meet, teams from Lafayette did not participate this year, leaving Urey of Walkerton, Indiana, Winamac and North Newton to grapple with the hosts.

Urey came out victors with 227 accrued points. Winamac eked out second with 196 points to the 191 of KVMS and North Newton had 62 points. Teams received 16 points for each weight class champion, 12 for each second place, nine for each third and seven for each fourth in the all day event.

KVMS, Winamac and Urey all placed 10 grapplers into the finals, but Urey had eight overall champions, KV and Winamac had three and North Newton scored one.

It was the seconds and thirds that spelled the difference between placing and showing for Winamac and KVMS.

The KVMS team is coached by Brian Culbreth and Nick Pinn.