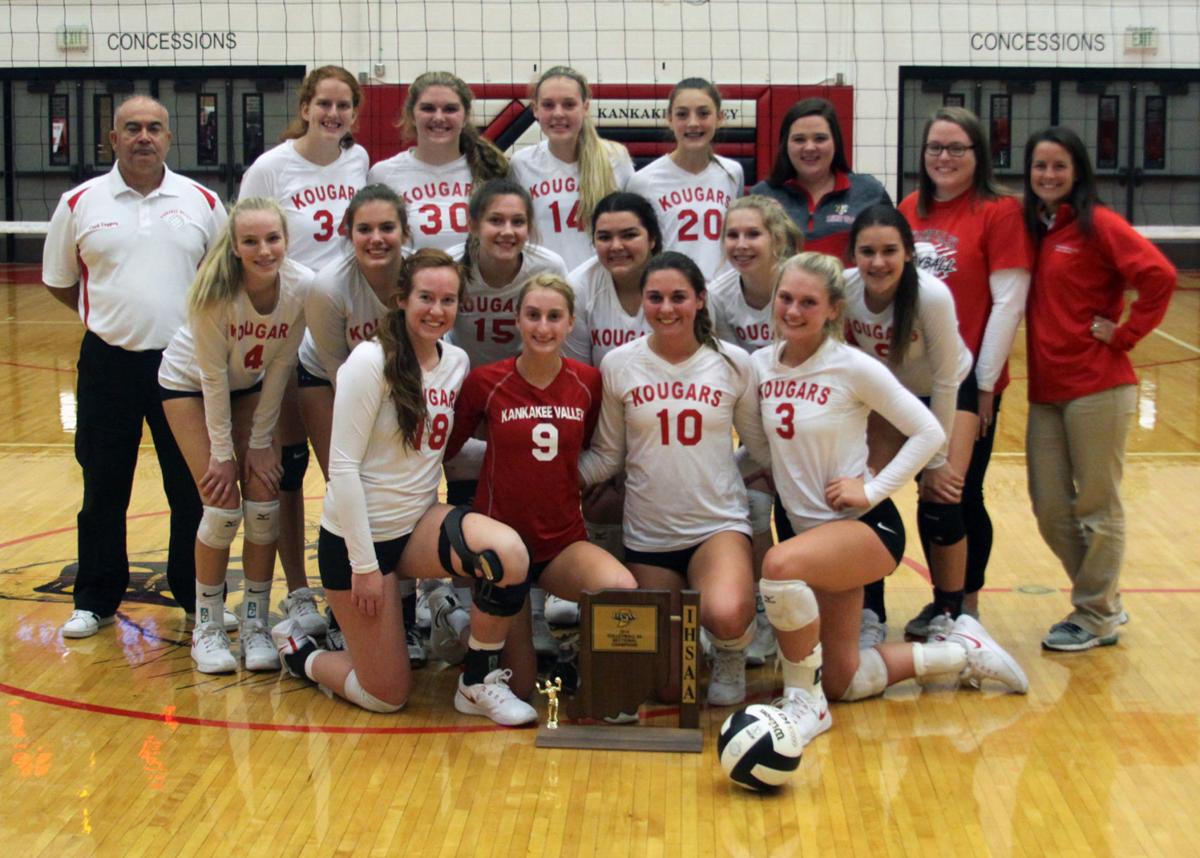 The Lady Kougars Volleyball team poses with the Sectional Trophy. 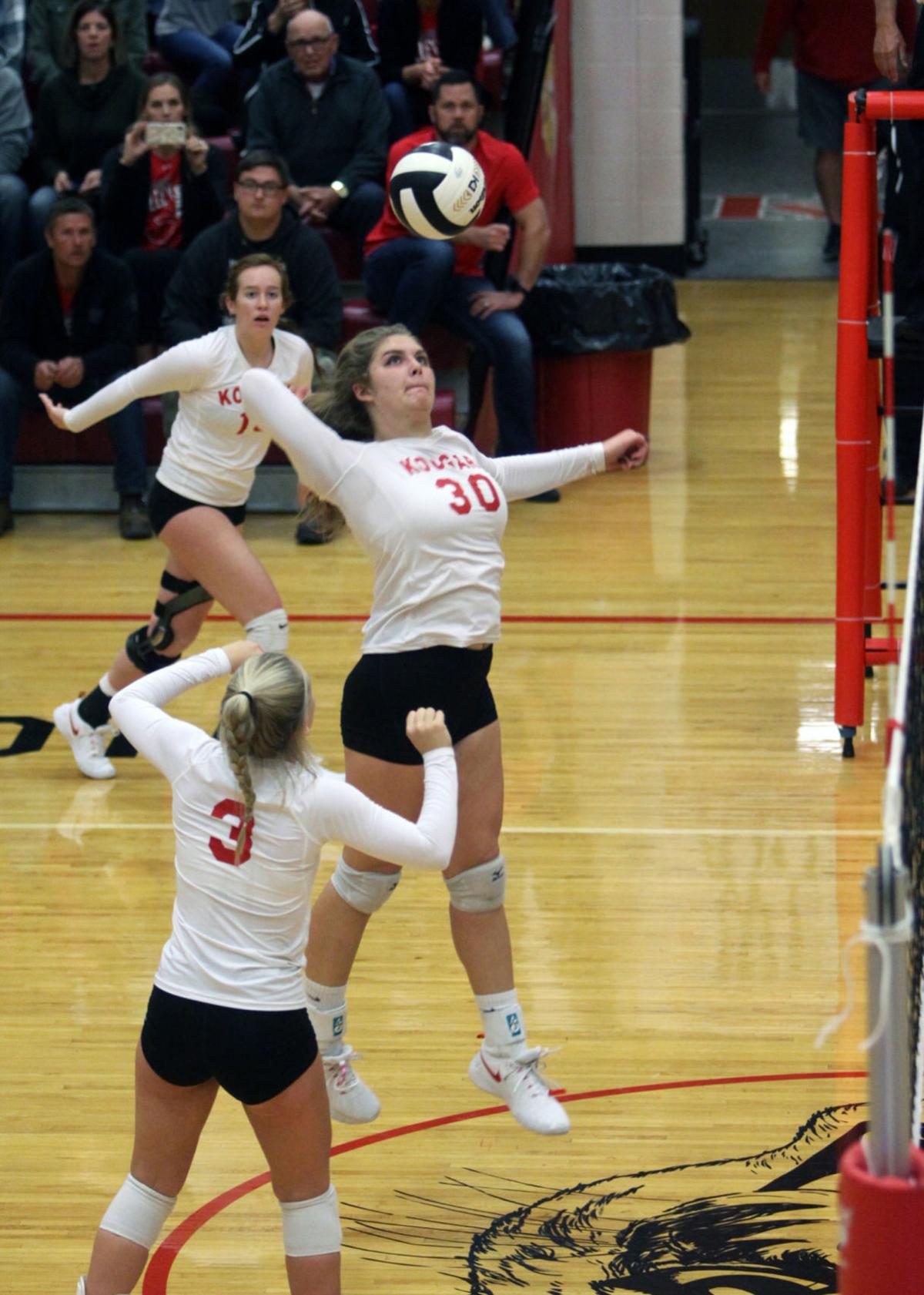 Lady Kougar sophomore standout Alexis Broyles goes up for one of her 12 kills as KV beat Culver Academy to win the Sectional title.

The Lady Kougars Volleyball team poses with the Sectional Trophy.

Lady Kougar sophomore standout Alexis Broyles goes up for one of her 12 kills as KV beat Culver Academy to win the Sectional title.

WHEATFIELD — The Lady Kougars dropped exactly one game in three matches to slam their way through the Class 3A Sectional in front of a home crowd. The game, played at 6:30 p.m. on Oct. 19, was surprisingly sparingly attended. Despite some standout stats from individual players, the girls played like a unit or as they like to say, like a family.

“This team has bonded to another level,” said Coach Omar Vazquez after the final win. “Togetherness will take you far.”

The team beat Culver Academy 3 – 0 in the final to hoist the Sectional trophy with wins of 25 – 18, 25 – 16 and 25 – 21. KV quicly dispatched Culver Academy in the first two games but had to work a little harder in game three. The Lady Eagles jumped out to a quick lead as they tried to mount a comeback but the Kats soon tied it up at seven apiece. Culver pull back ahead to 12 – 8 before KV again tied it up, this time at 13-all. From there on out, the Lady Kougars were in control.

“Winning the Sectional is just awesome,” said Broyles after the game. “I’m so grateful for this team and for our coaches. The memories we are making are so wonderful.”

The win moved the Lady Kougars to 25 – 9 on the season. KV will face New Prairie at noon on Oct. 26, in the second game of the Hanover Central Regionals. The opening game will be played at 10 a.m. and feature West Lafayette versus Griffith. The finals will be that night with a 7 p.m. start time scheduled.