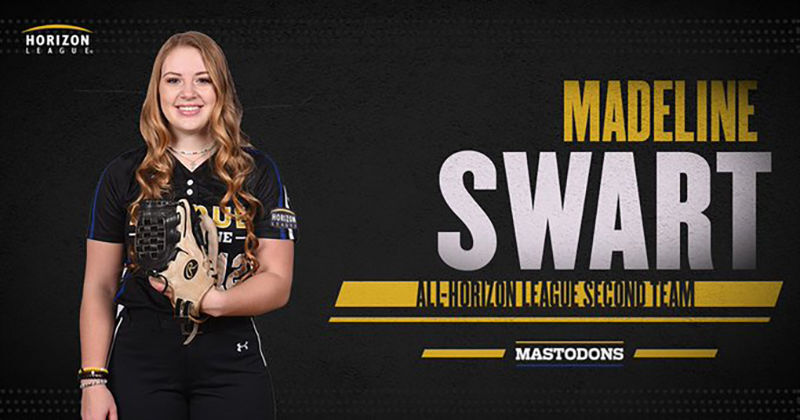 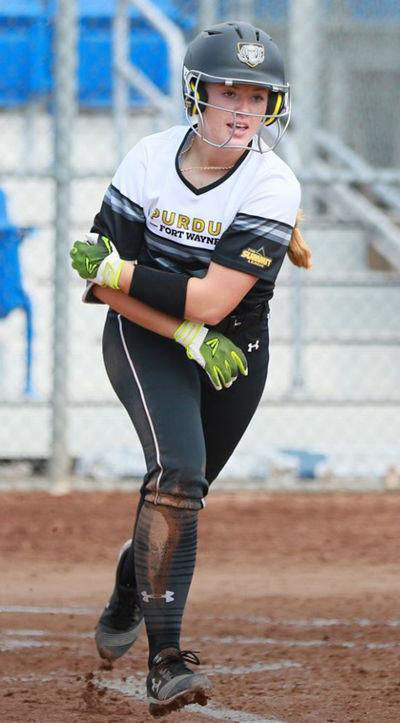 Purdue-Fort Wayne’s Maddy Swart had multiple hits in a team-best 13 games this season. 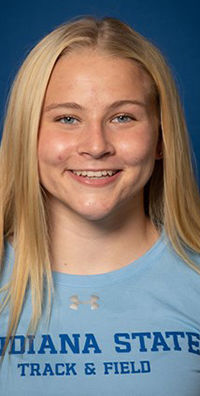 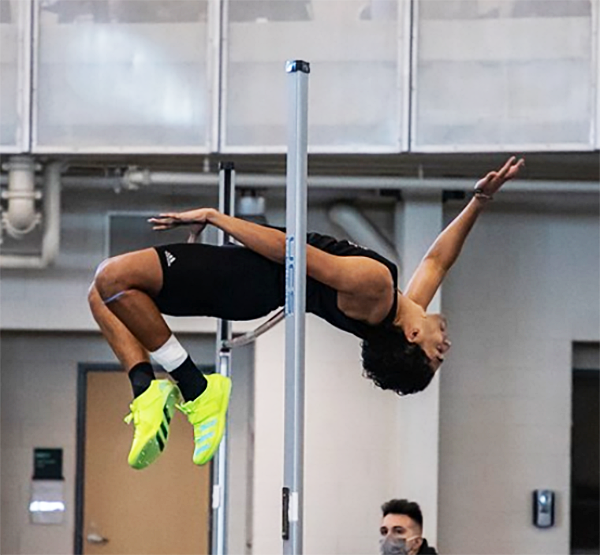 Marian University junior Emma Maple had a reserve role this spring, finishing with a pair of extra-base hits, including a home run.

KVHS standout Ashley Fisher (left) hit over .300 for the second time in her career at Benedictine University. She was one of the team’s top run producers. Atd right, Marian University junior Emma Maple had a reserve role this spring, finishing with a pair of extra-base hits, including a home run.

Purdue-Fort Wayne’s Maddy Swart had multiple hits in a team-best 13 games this season.

Marian University junior Emma Maple had a reserve role this spring, finishing with a pair of extra-base hits, including a home run.

KVHS standout Ashley Fisher (left) hit over .300 for the second time in her career at Benedictine University. She was one of the team’s top run producers. Atd right, Marian University junior Emma Maple had a reserve role this spring, finishing with a pair of extra-base hits, including a home run.

Swart earned second-team recognition by Horizon League coaches after hitting .353 for the season with 42 hits in 119 at-bats. She played all 37 games for the Mastodons, hitting from the lead-off spot in the lineup.

She led the Mastodons with 29 runs, which is the sixth-most in the Horizon League. Swart was 10th in the league in doubles with nine.

Swart had 13 games with multiple hits, which was the most on the team. Swart had three hits at UIC (March 20) and against Green Bay (May 1). She had a career-high five RBIs against the Phoenix in a 9-7 win on April 30.

The sophomore infielder led Purdue Fort Wayne to a 12-27 overall record, with an 11-24 league record. It is the Mastodons’ first season in the Horizon League, and the ‘Dons’ 11 league wins were the most in a season since 2014.

Swart’s former teammates at KVHS also enjoyed solid seasons on softball fields in and out of state.

Ashley Fisher, a junior at Benedictine University in Lisle, Illinois, hit a robust .364 for the Eagles, who finished 34-14 overall and 15-3 in the Northern Athletic Collegiate Conference. Benedictine won the NACC tournament this spring.

Fisher played in all 48 games, collecting 61 hits (third on the team) with nine doubles (fourth) and 35 runs batted in (fourth). She scored 42 runs and struck out just eight times in 165 at-bats.

Swart’s old battery mate at KV, junior Emma Maple, hit .237 for Marian University in Indianapolis this spring. She played in 29 games for the Knights, who finished 45-15, including 30-6 in conference play.

Maple made eight starts for Marian and went 9 of 38 at the plate with a home run, a triple and seven RBIs.

Indiana State University sophomore Kaylee Barrett, who left KVHS as one of the school’s top home run hitters, got 27 at-bats with the Sycamores this spring, collecting two hits, including a double. She drove in a pair of runs for the 20-28 Sycamores.

KVHS standout Madey Flick played her first season at Trine University after COVID shut down all spring sports last season. She was 6 of 25 at the plate for a .240 average with six RBIs.

Trine had a tremendous season overall, going 30-8, including 14-2 in conference play, to earn a top 25 ranking in the National Fastpitch Coaches Association Division III poll.

The first-year thrower was eighth at the Kentucky Invitational (149-11) on April 30, sixth at the Pacesetter Sports Invite at Gibson Complex (147-2) on May 7 and capped the season by placing 10th at the Missouri Valley Conference Meet at Carbondale, Illinois, on May 14-16. Her throw of 145 feet at the MVC meet was just behind teammate Lauren England’s throw of 149 feet.

Keep up to date on local

college athletes in the Post-News.

competed for Grand Valley State University this winter, finishing the season by placing seventh overall in his first trip to the NCAA Division II Championships in Birmingham, Alabama.

Kosiba served as Grand Valley’s top high jumper throughout the season, opening the year by clearing the bar at 6-8 1/4 to win the event at the Bob Eubanks Open at Allensdale, Michigan on Jan. 16. He followed that with a second-place finish at the Alumni Open (6-8 3/4) on Jan. 23 before leaping a personal-best 6-9 for third place at the Grand Valley State University Showdown on Feb. 5.

On Feb. 12, Kosiba was third at the Big Meet at Grand Valley with a leap of 6-7 1/2 to set up a thrilling finish at the Great Lakes Intercollegiate Athletic Conference meet at the University Center in Michigan on Feb. 28.

Kosiba won the GLIAC title in a jump-off with GVSU teammate and defending champion Ryan Mount. Kosiba cleared the bar at 6-7 and Mount managed to fall just short at 6-6 3/4.

In the spring, Kosiba and the Lakers captured the school’s first-ever NCAA Division II championship trophy. GVSU hosted the event and won easily with 76 points.

Kosiba had several highlights throughout the season building up to the Division II finals. On March 27, he won the Trojan Challenge at the University of Mt. Olive in North Carolina with a jump of 6-8 3/4.

On April 2, he cleared 6-5 3/4 to finish third at the Western Kentucky Hilltopper Relays in Bowling Green and was second at the Knight Invite in Orlando, Florida, with a leap of 6-5 1/4 on April 24.

Kosiba was the top seed at the GLIAC championships in Caledonia, Michigan, on May 7, settling for third overall with a jump of 6-6 1/4. Cody Stine of Ashland won the title with a 6-10 1/4 effort.