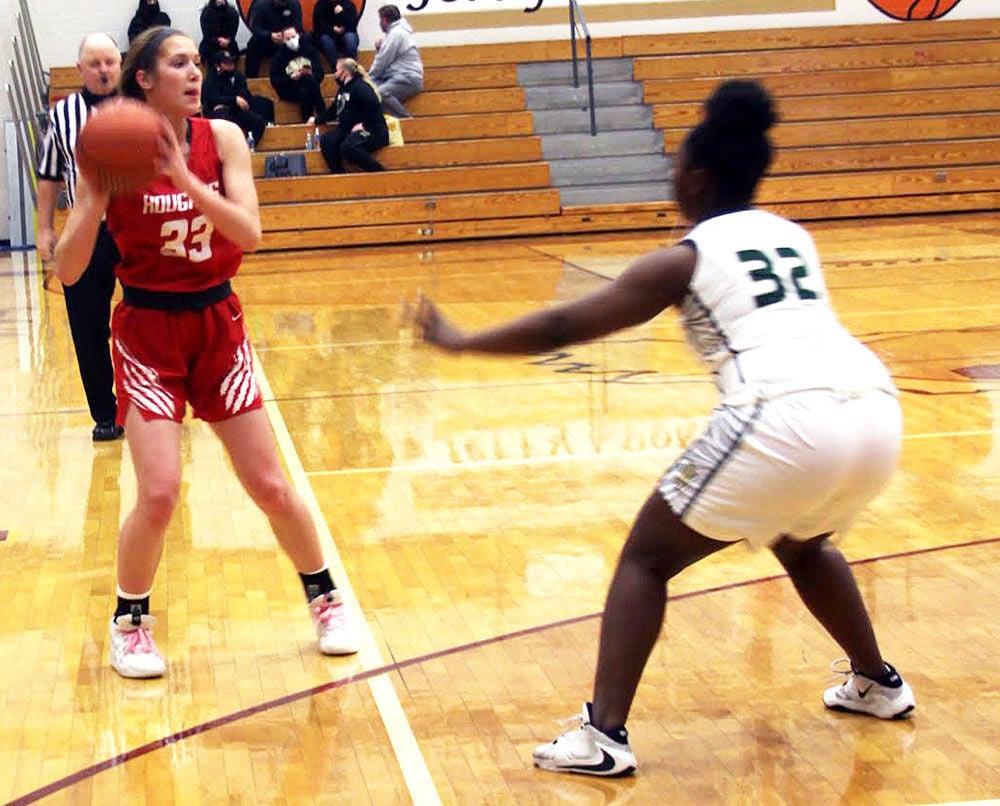 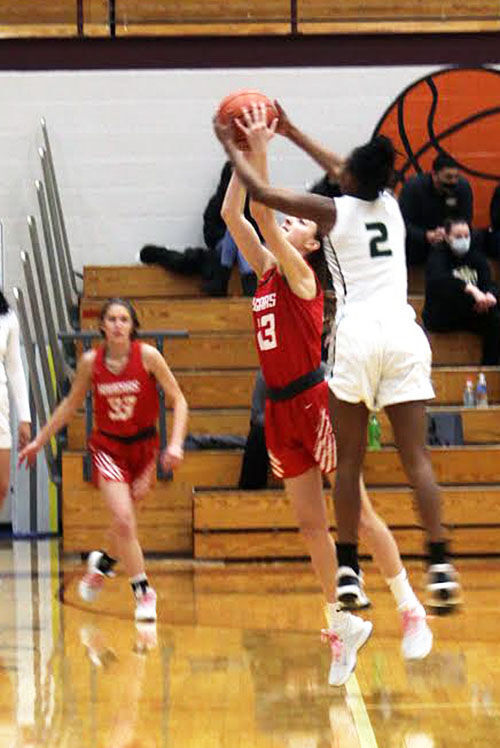 JIMTOWN — Kankakee Valley’s path to the Class 3A regionals was full of obstacles that it had worked hard to overcome. But nothing had prepared them for the level of play the Kougars hit in Jimtown when they faced No. 8 South Bend Washington in the regional semis Saturday, Jan. 13.

KV lost 70-33 in a game that was never close after KV recorded its only lead shortly after the tip-off when Colby Sizemore hit a 3-pointer from the corner to put her team up 3-2.

Talk about a wall. The Panthers (21-5) are led by 6-foot-2 Maryland-recruit Mila Reynolds, who put up 22 points, and her 6-foot “little” sister, sophomore Amiyah Reynolds, added seven points.

Jones had 18 points and Allen notched 10.

The Kats, who finish the season at 13-11, were unable to penetrate the Panthers’ defense and resorted to long-distance, low-percentage shots that were quickly rebounded by Galicia or the Reynolds sisters.

The Panthers looked right at home playing on Jerry Cook Court in the Jimtown gym and they probably felt that way as well, since Jimtown is in their conference and they had traveled less than 20 minutes to get there.

The Lady Kougars, on the other hand, looked out of sorts from the get-go as they tried to deal with the onslaught. They gave it their best, but openings were scarce and the few shots they did get off, did not fall.

Covenant Christian puts up a fight in sectional opener

KV stayed somewhat within striking distance through the opening quarter as it ended with South bend up 11-3, but the Panthers took off in the second, dropping in 26 while the Lady Kougars had their best period, scoring 13.

Washington continued to pour it on after the break, hitting 21 to just six by KVHS. In the fourth, Panthers coach Steve Reynolds put in his bench, but that still left several starters on the floor as Washington only had nine players total on the sideline.

In the opening game, fellow regionites, the Griffith Lady Panthers, fell to Lakeland 44-26, which set up a South Bend Washington versus Lakeland final that evening. Washington won the game 64-50 and will face sixth-ranked Norwell (23-5) at the LaPorte Semistate on Saturday.