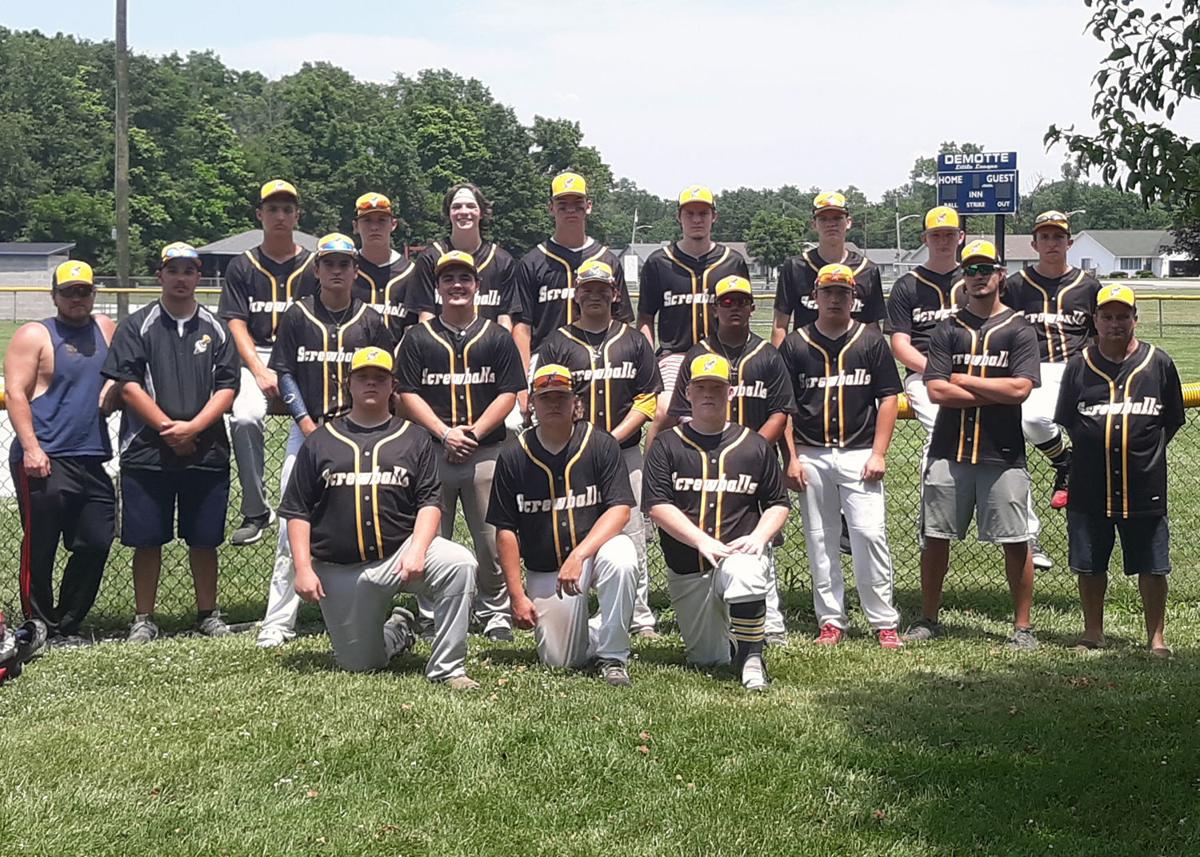 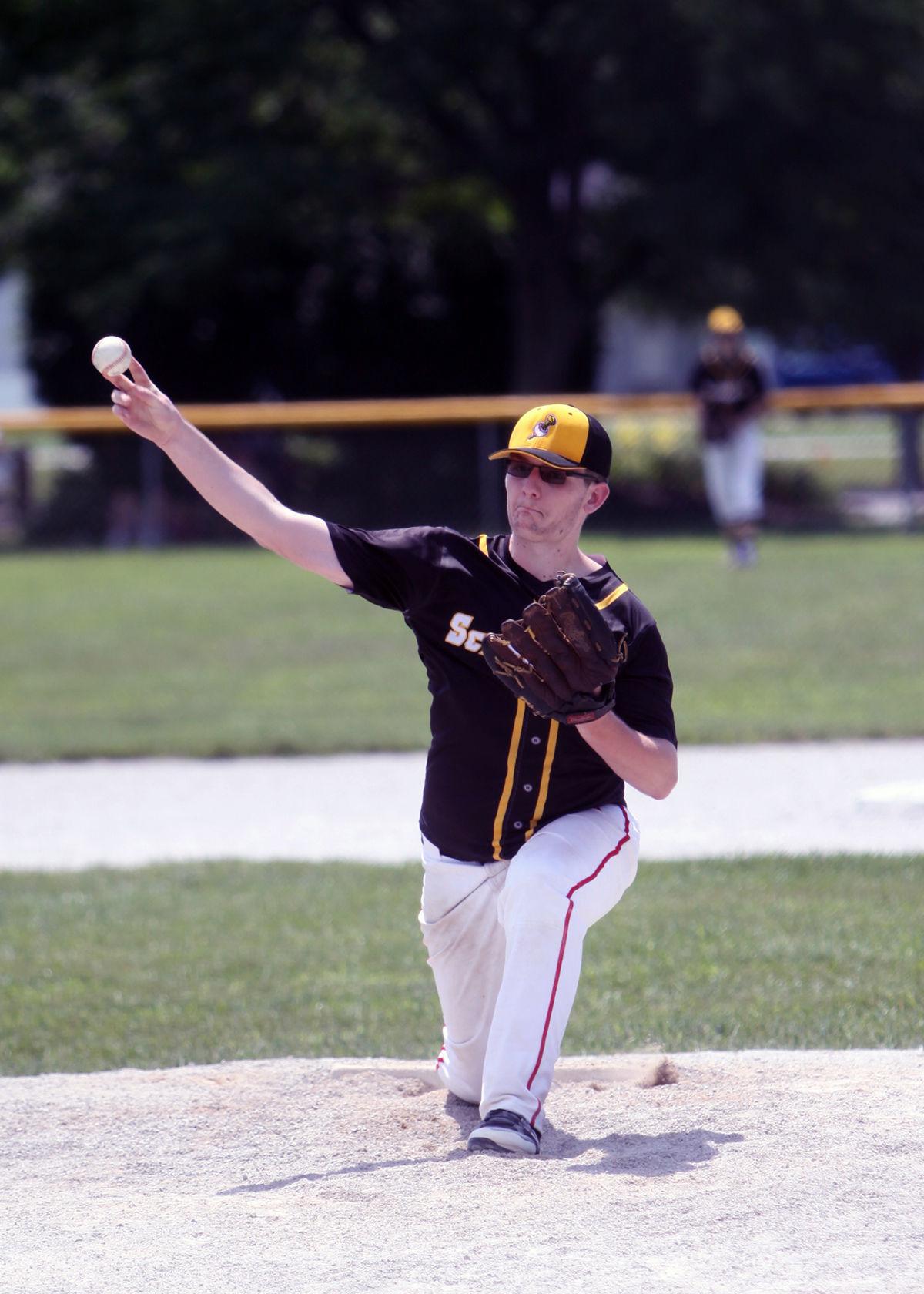 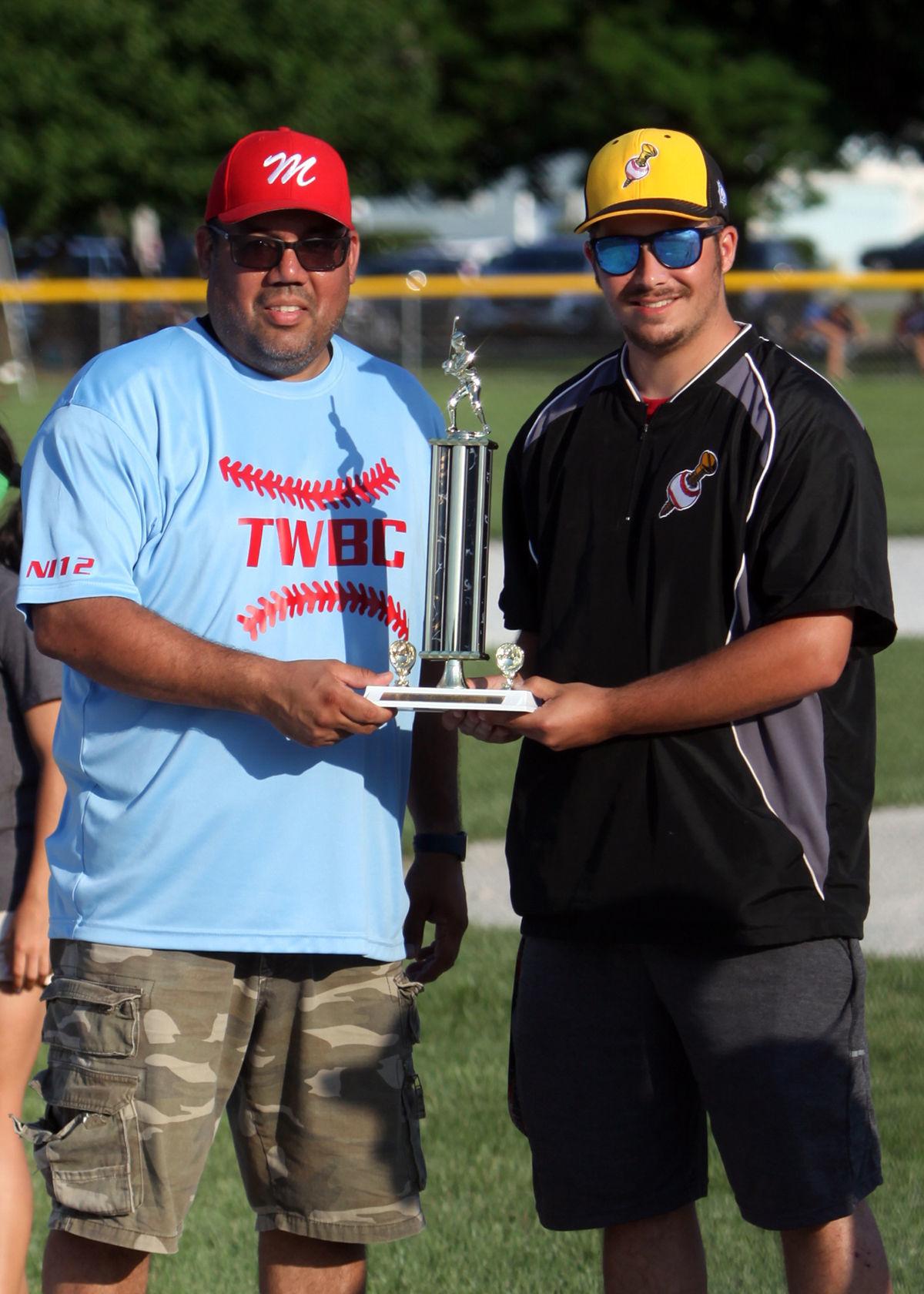 Tournament Director and Manager of the DeMotte Screwballs Steve Schmidt (right) presents the tournament trophy to Juan Maldonado, manager of the winning TWBC team from Munster. 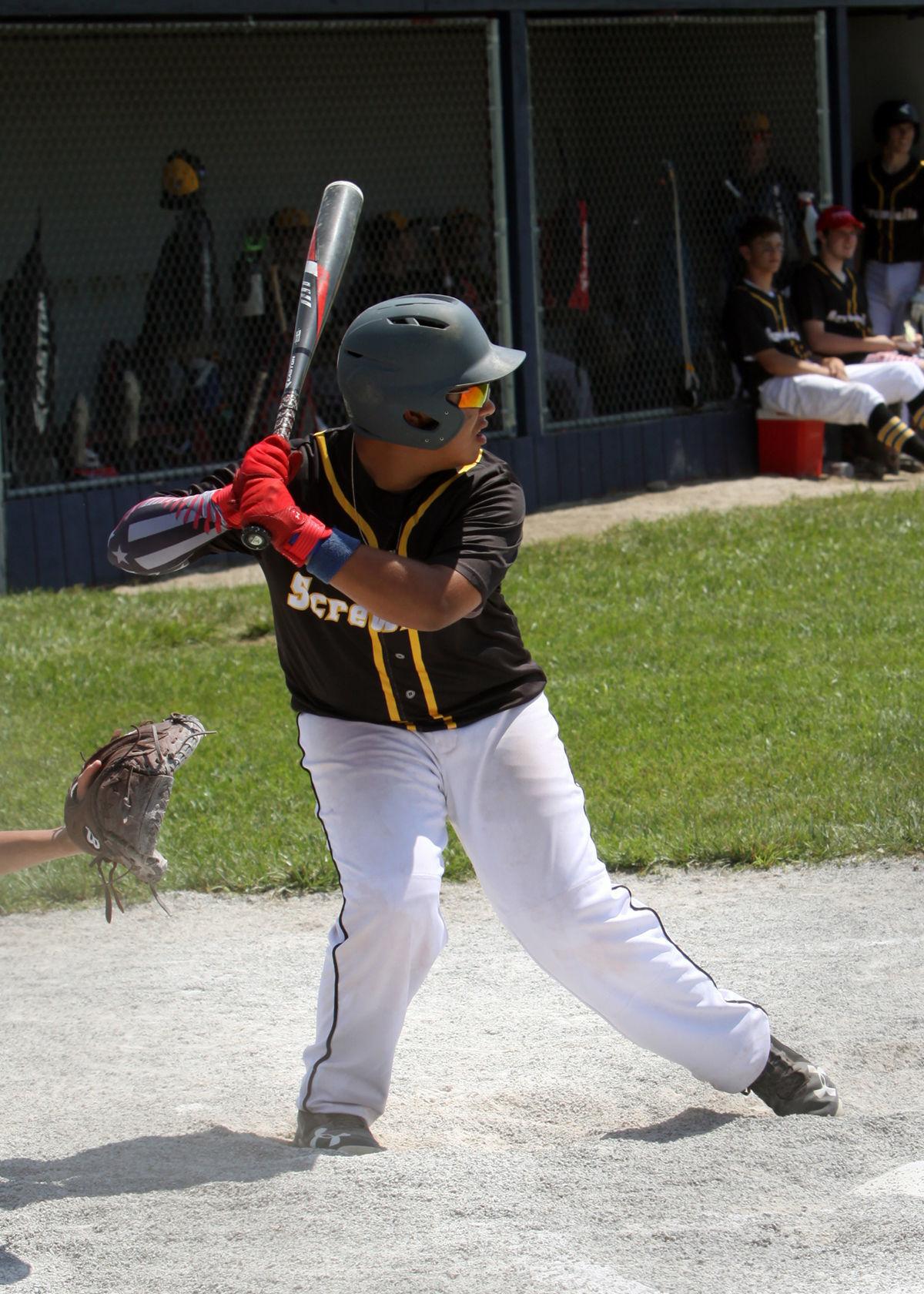 Tournament Director and Manager of the DeMotte Screwballs Steve Schmidt (right) presents the tournament trophy to Juan Maldonado, manager of the winning TWBC team from Munster.

DEMOTTE — Four regional baseball teams faced off for three days over the Independence Day weekend for the hard-fought trophy in a tournament hosted by the DeMotte Screwballs 18-and-Under baseball team at Field of Dreams park.

The tourney was the brainchild of Screwballs Coach Steve Schmidt who brought in professional umpires and even a local celebrity to announce some of the games. As people walked up, you could see them trying to place the voice that they could hear over the loudspeakers.

It was none other than Tommy Williams, the one and only voice of the Gary Southshore Railcats, who has been announcing for the minor league team since their very first game. Schmidt had previously interned for Williams at the Steelyard.

The TWBC team, also known as Munster Blue, overpowered the other three teams in the tourney and won the two-stage event. Friday’s and Saturday’s games were preliminary, round-robin games where each team played every other team once. On Sunday, two semi-final games were scheduled with the team with the best record seeded against the team with the worst and the middle two facing off against each other.

That meant that on Sunday, the home-team Screwballs were sitting pretty in the first seed with a 3 — 0 record and would face the Hegewisch (0 — 3) in the first semi-final, seemingly a lock to reach the championship. That would not be, however, as the until-then-winless Astros eked out a 5 — 4 victory over the Screwballs to advance. The Screwballs even had a runner at third in the final inning but could not plate him to tie the game and force overtime.

In the second semi-final, TWBC easily outdistanced the Outlaws 7 — 0 to move on. They did the same in the final over the Astros with an 11 — 1 thrashing that ended prematurely in the sixth inning due to the 10-run mercy rule. The name TWBC, according to Team Manager Juan Maldonado, was chosen by the team who wanted something more fun. It stands for “The Winning Baseball Club” and, in this tourney, they were right.

For the Hegewisch Astros, it was pitcher Jerry Castaneda, infielders Ozzie Molina and Logan Banks, and outfielder Matt Young.