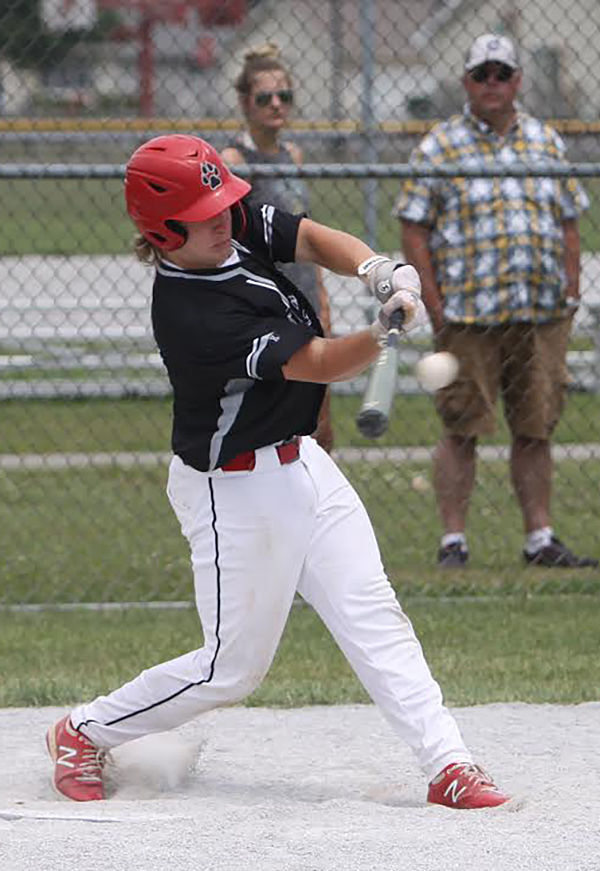 Rockets catcher Evan Misch splits the gap for a double.

Rockets catcher Evan Misch splits the gap for a double.

DeMOTTE — Six regional baseball teams faced off for four days over the Father’s Day weekend for some hard-fought baseball in a tournament hosted by the Midwest Rockets, 18-and-Under baseball team at Field of Dreams park.

This was the second tournament hosted by the team in their existence.

The team was formerly known as the DeMotte Screwballs, but changed their name to embrace other area players. The tourney was the brainchild of Midwest Rickets Coach Steve Schmidt, who brought in professional umpires and even a local celebrity to announce some of the games. As people walked up, you could see them trying to place the voice that they could hear over the loudspeakers. It was none other than Tommy Williams, the one and only voice of the Gary South Shore Railcats, who has been announcing for the minor league team since their very first game.

Schmidt had previously interned for Williams at the Steelyard.

Competing in the tourney, in addition to the Rockets, were the Hammond Outlaws, Munster’s TWBC, the NWI Vipers, the House of Sportz Hustlerz and the Savages of Indianapolis. In the end, the Hustlerz outplayed the Savages for the trophy. The Rockets finished in fourth behind the Outlaws.

The tourney had opened with two days of each team playing every other team once to determine seeding for the Saturday and Sunday competitions.

The home team opened the tournament with a win over the Outlaws, (4-3) and climbed the preliminary brackets with a loss to TWBC (10-4) and a win over the Savages (6-1) to be sitting pretty in the second seed, right behind the top-seeded Hustlerz.

In the opening game, catcher Evan Misch clobbered a deep double to drive in three runs for the win.

In the game against the Savages, Andy Schrock threw a complete game gem, striking out nine. He went 2 for 3 at the plate with two RBIs to help his own cause. Nate Maravilla made some very good defensive plays included a leaping snag on a liner and a heads-up play to double off the runner at second base.

In Saturday’s seeded action, the Rockets fell 4-3 in the semifinals to the fifth-seeded Savages. Jason Orsag threw a great eight and one-third innings in the start. Maravilla hit his first home run of the season tonight.

The loss moved the Rockets into the consolation game on Sunday against the Hammond Outlaws. In that consolation game to determine third place, the Outlaws got their revenge with an offensive onslaught to 10-run-rule their hosts.

The final featured a tight match-up between the Hustlerz and the Savages, with the Hustlerz coming out on top.

“This tournament featured some great baseball, with close and competitive games,” said Schmidt. “Thank you to all the staff and volunteers that dedicated time to help out this weekend and thank you to the parents and fans that cheered on the kids and made this tournament something they won’t forget.”

Following the final game, Schmidt presented the Hustlerz with the tournament trophy and the all-tourney team, comprised of players from all clubs, was announced. For the Rockets, the all-tourney players were Orsag, Schrock, Nate Hudkins, Misch and Maravilla.