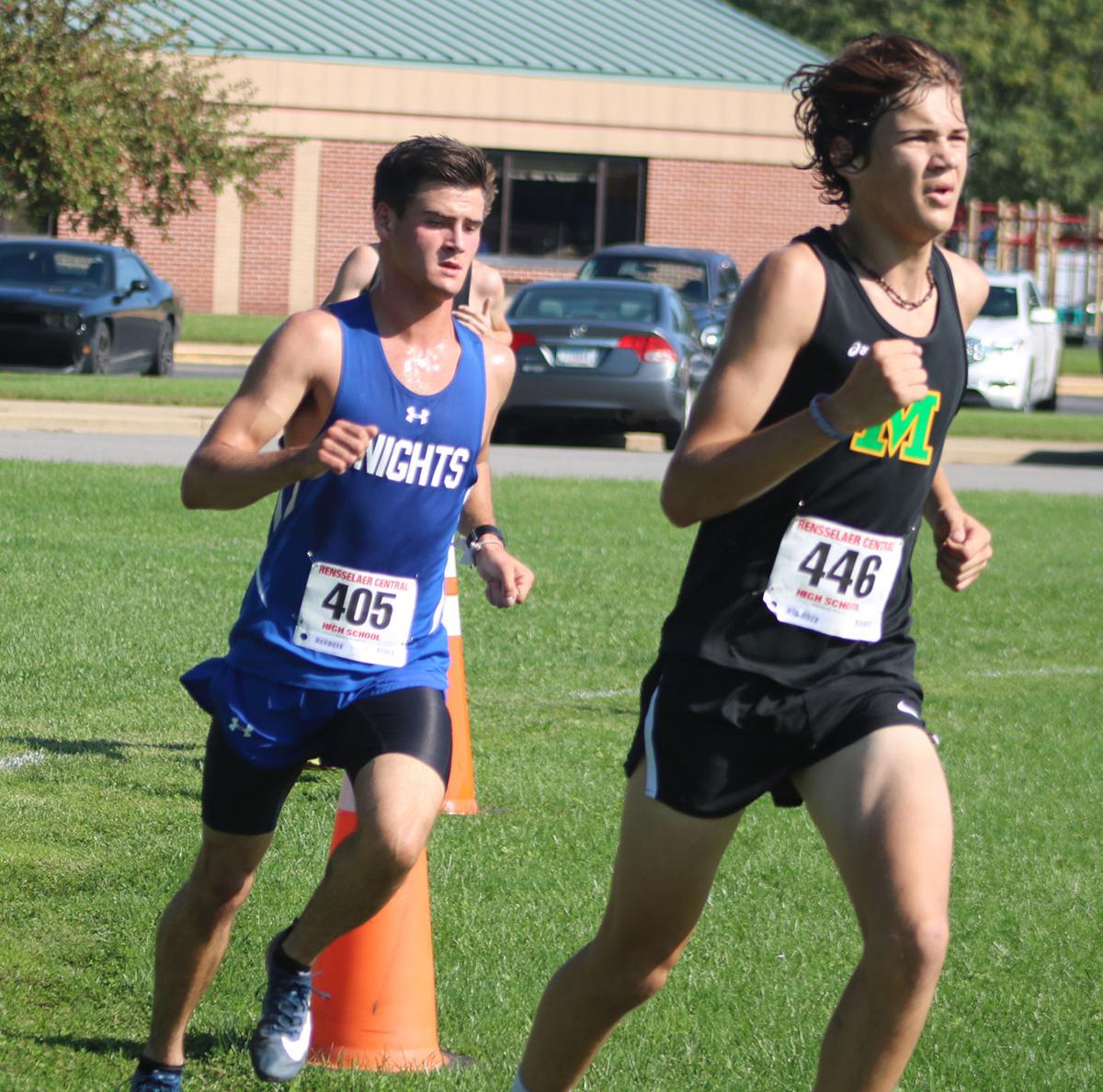 Covenant Christian’s girls’ cross country team took the fifth and final team qualifying spot to become the first in school history to reach the regional round.

The Covenant Christian boys’ team became the first in history to reach the regional round after placing fifth at last week’s Rensselaer Sectional. 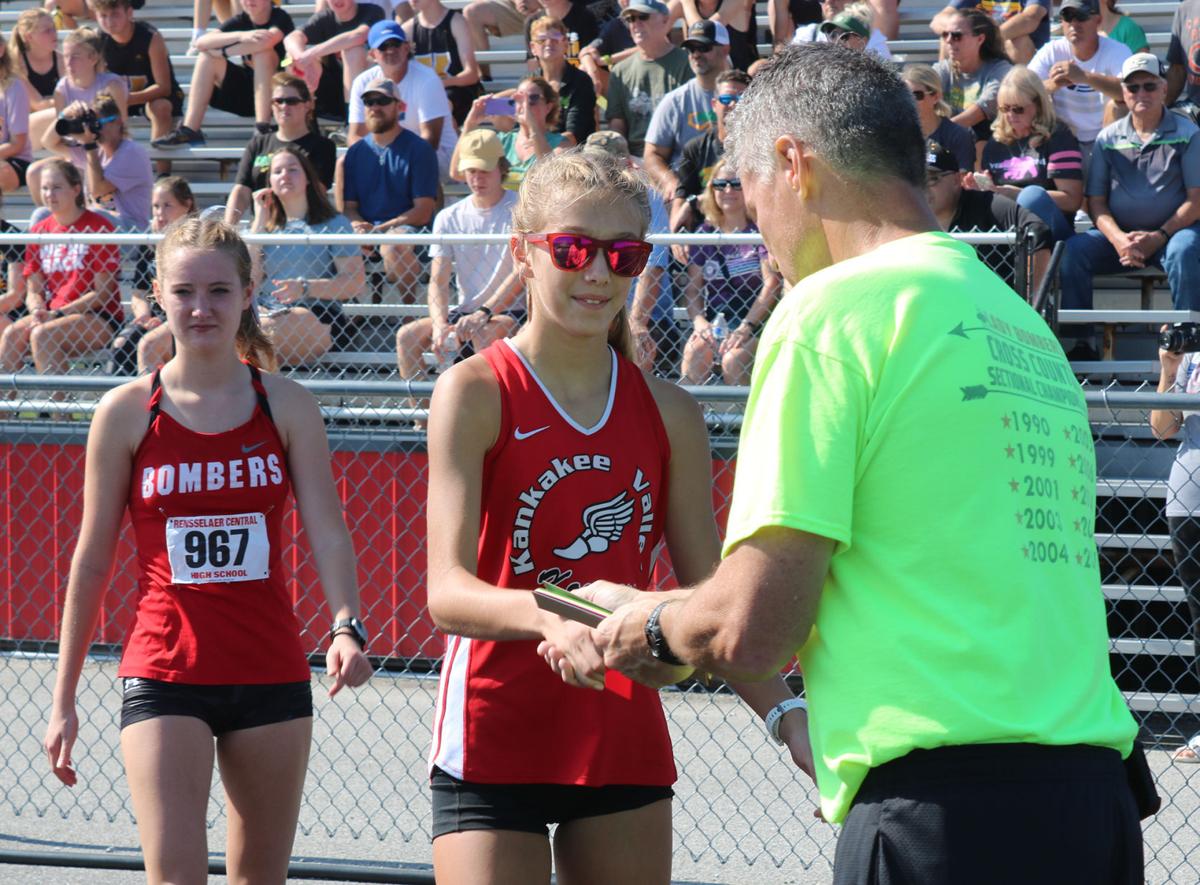 Covenant Christian’s girls’ cross country team took the fifth and final team qualifying spot to become the first in school history to reach the regional round.

The Covenant Christian boys’ team became the first in history to reach the regional round after placing fifth at last week’s Rensselaer Sectional.

The Bombers have won four straight individual cross country titles since 2017 and Maienbrook had her sights set on the program’s fifth on Saturday, Oct. 9.

Leading from start to finish, Maienbrook captured her second straight championship on a hot, muggy day. She crossed the finish line in 20 minutes, 18.44 seconds then collapsed in a heap due to the heat.

Maienbrook’s time was over 10 seconds better than Kankakee Valley sophomore Emma Bell, who claimed runner-up at sectional for the second straight season. Bell’s time was 20:28.91 as she also struggled to stay upright after the race.

Runner-up Kouts had 57 points and Kankakee Valley (91) and Covenant Christian (106) also advanced to next week’s regional in Valparaiso. It’s Covenant’s first trip to regional as a team in school history.

Anna Black and Annalise Yeager also competed for the Bombers, who came in as defending champions.

Knights coach Travis Conley appreciates the commitment of the girls who would find time to get in road work after participating in their primary sports.

“I’ve been working for this for five years to get two full teams together. This is the first girls team to ever compete at sectionals and we’re able to move on,” Conley said.

“When I get to see them, we make the day worth it. I tell them let’s keep training hard. They had a pretty good summer. And that’s a young team. There’s three juniors and two freshmen on the team. I can’t wait to come back next year with them.”

A standout track runner in the spring, Zeilenga — an elite hurdler — had to make perhaps the biggest adjustment to running long distances.

“When she said she was thinking about doing it, I said we can make this work,” Conley said. “It’s a big transformation to go from sprinting to running 3.5 miles. She placed at regionals in the hurdles in seventh place. She’s come a long, long way.”

Covenant’s boys’ team also reached the regional round, which is a first in the program’s short history.

“It’s probably the biggest blessing I’ve ever had in my life,” Conley said of his teams’ accomplishments. “I would say this is definitely the greatest day I’ve ever had. It’s always been a dream of mine to have to full teams and for them to make it to regionals is huge. We are the third smallest school in Indiana. For us to compete against some of these schools is phenomenal.”

Senior Jonah Ingram’s fourth-place finish in 17:55.80 got the ball rolling for the Knights, who claimed the fifth and final regional spot with 121 points.

They held off West Central’s challenge thanks to freshman Hunter Drain, who placed 14th in 18:34.85.

Covenant’s strategy was simple: Stay within striking distance of any West Central runner.

“It was to beat maroon,” Conley said. “If you see a maroon jersey, we’ve got to get them. Every point matters and that’s what it came down to. All seven boys did what they were told today. Two runners stepped up their games completely in Amos Terpstra and Hunter Drain. They just completely knocked it out of the park today.

The Knights had two runners finish ahead of West Central’s No. 1 runner.

“We just slipped past West Central today for the boys, and it came down to every single runner. At the Culver meet, they nicked us by a point, and I told them it’s possible,” Conley said.

Thomas went wire-to-wire to claim his second straight sectional title. He covered the course in 16:39.36, nearly 30 seconds over runner-up Justin Hoffman of KVHS (17:03.20).

Top 3 finishers in the Rensselaer Central Sectional since 2010: