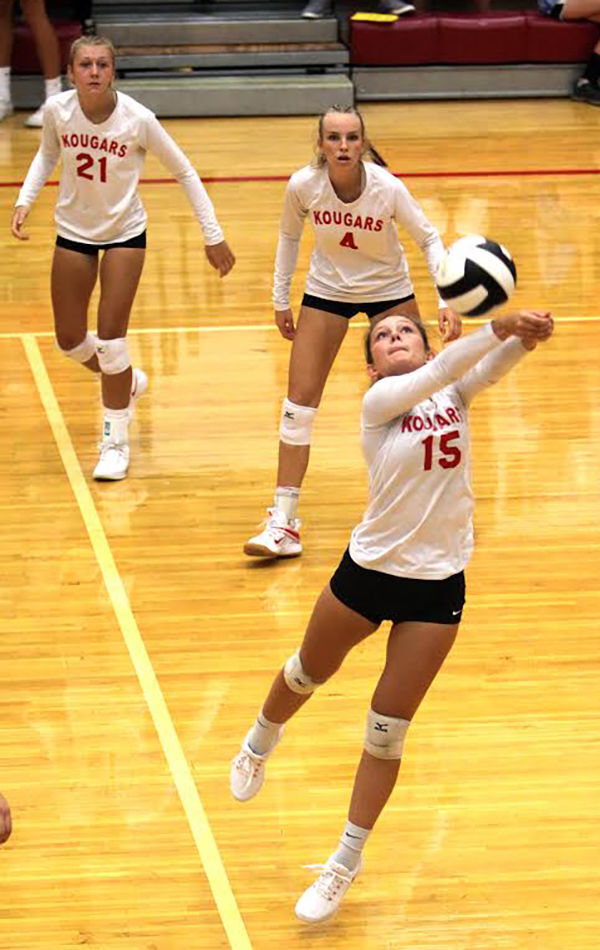 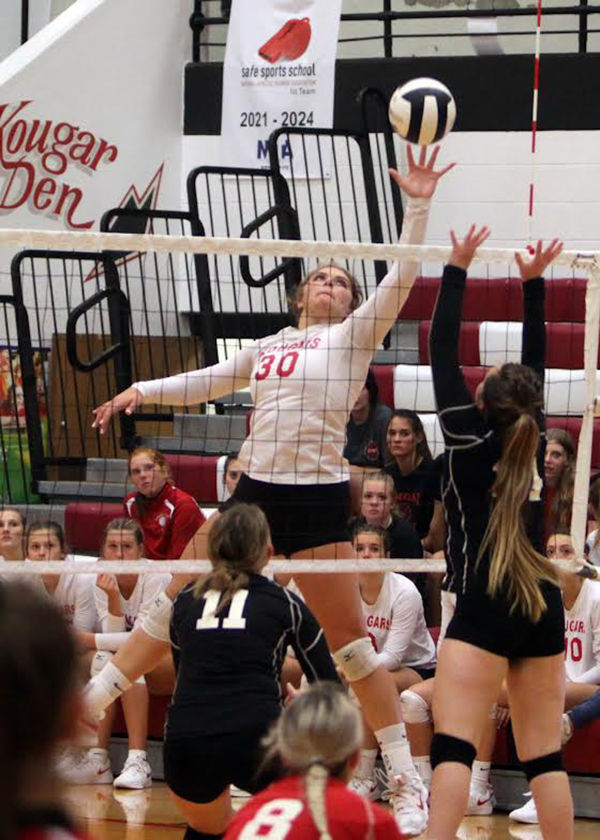 KV senior Lexi Broyes prepares to kill the ball against Rensselaer. She had 23 kills.

KV senior Lexi Broyes prepares to kill the ball against Rensselaer. She had 23 kills.

WHEATFIELD – The Lady Kougars volleyball team made short work of the visiting Rensselaer Central Bombers on Aug. 25, slamming them in straight sets of 25-21, 25-19 and 25-18, led by the 23 kills of standout star Lexi Broyles.

The win continued the dominance of KV in the “Bucket Game” over their south county rivals.

The Lady Kougars have never lost possession of the red and white striped metal bucket since its creation in 2015.

Broyles dominated the net both offensively and defensively, assisting in numerous blocks while also adding eight digs and two serving aces. Her ability to capitalize on any ball set in her vicinity had the Lady Bombers flinching every time she went up.

“It felt good,” said Broyles afterward. “We made consecutively good plays and kept it consistent on the court, playing as a team.”

Adding to Broyle’s output was Abby Grandchamp, who added seven kills of her own, and Lilly Toppen, who notched two aces, one block and 10 assists.

Unfortunately, two days later, KV was on the opposite end of the spectrum, falling to Northwest Crossroads Conference foe Lowell 3-0 by a similar margin of 25-22, 25-19 and 25-17.

KVHS, DeBoard get by Bombers

RENSSELAER — Kankakee Valley sophomore Brynlee DeBoard tamed Curtis Creek for the second time this month, leading her team to a 194-220 win over the host Bombers on Thursday, Aug. 26.

DeBoard shot an-even par 36 to earn match medalist honors. She has now medaled in all six of her team’s dual and triangular meets.

Josie Zacher had a kick-out score of 59.

KV’s Kaylee Bogunovich fired a 49, with Katelyn Bakker adding a 52 and Avarie Rondeau a 56 for the Kougars.