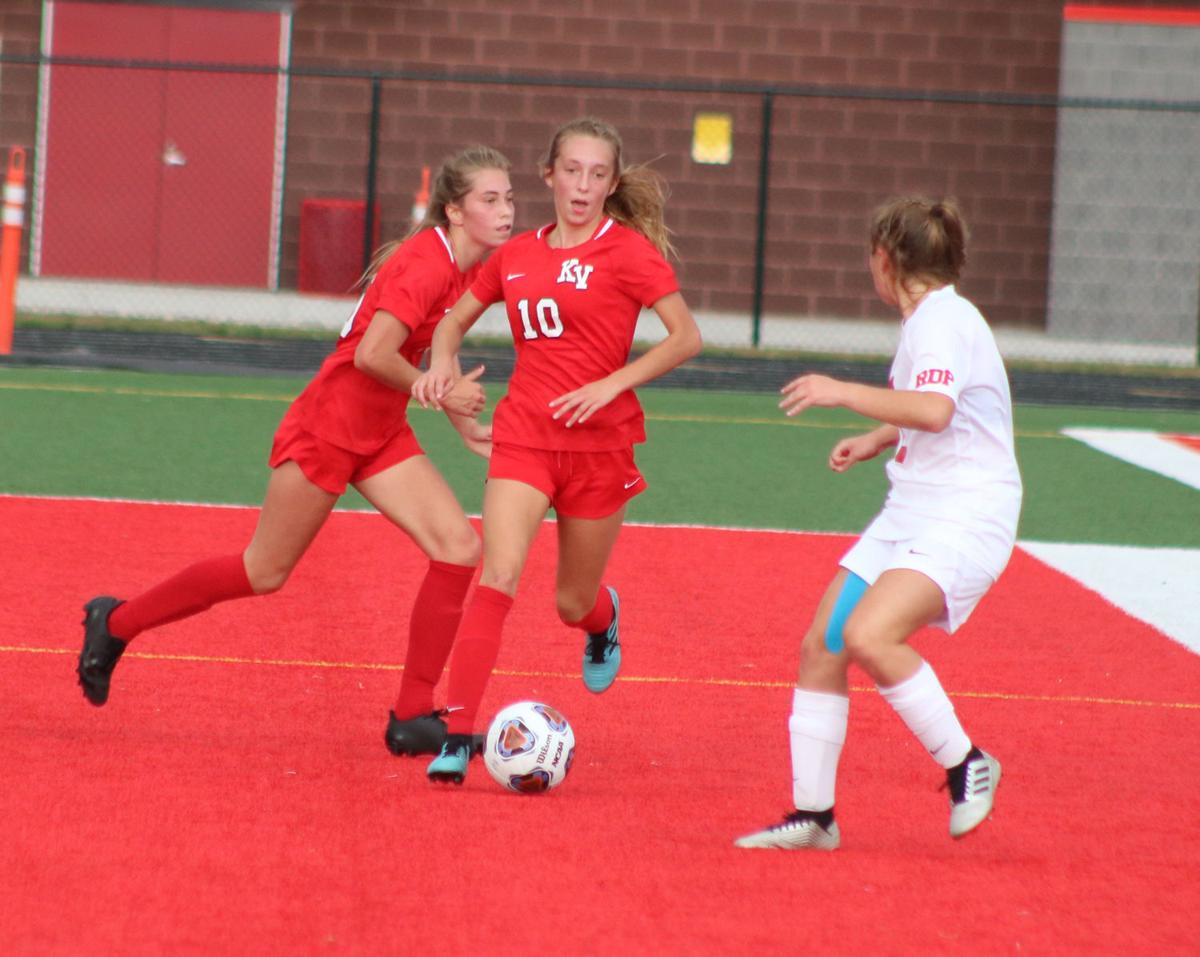 Freshman Ella Carden prepares to get in position as teammate Kate Thomas (10) works the ball downfield against West Lafayette Saturday. 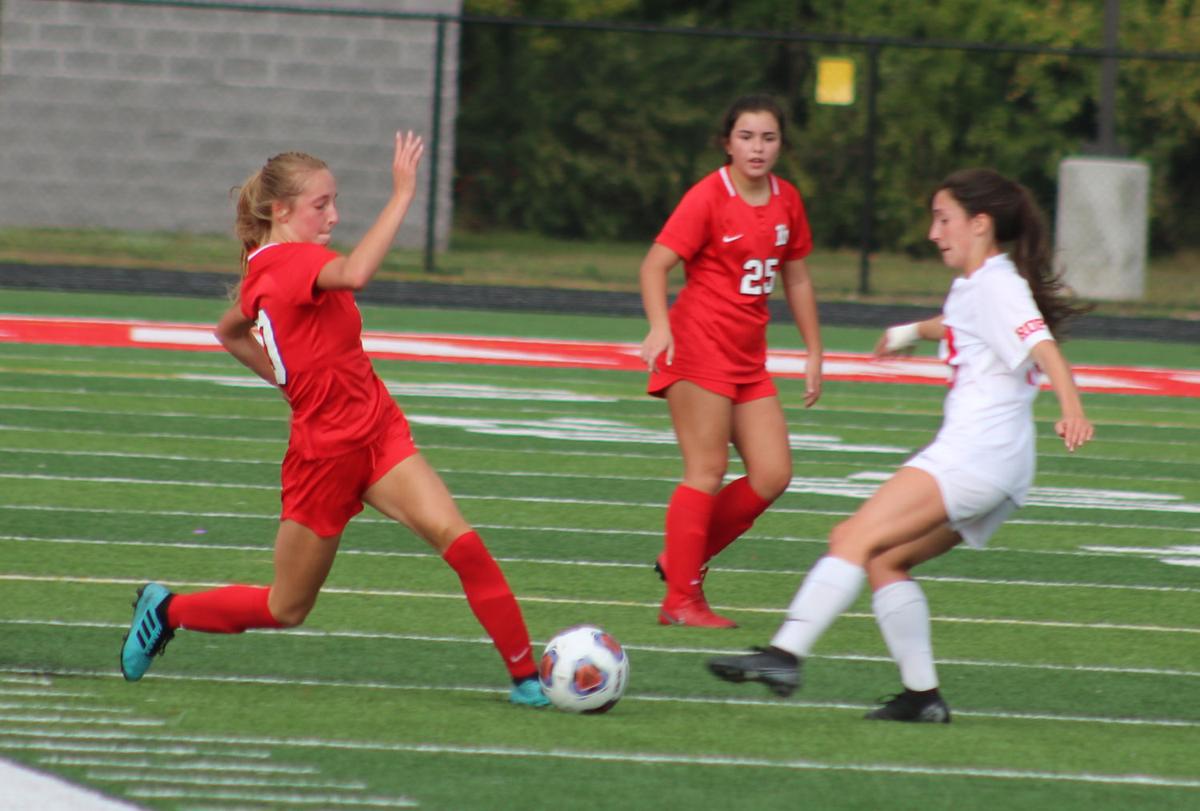 Freshman Ella Carden prepares to get in position as teammate Kate Thomas (10) works the ball downfield against West Lafayette Saturday.

WHEATFIELD — After a season disrupted by COVID and injuries, the Kankakee Valley girls’ soccer team still found itself playing for a Class 2A sectional championship at home against West Lafayette Saturday.

The Red Devils, who had their own share of problems keeping their season on track, played inspired in handing the Kougars a 4-0 loss Saturday afternoon on KV’s home turf field.

Senior Alyson Haehl scored the first of her two goals just five minutes into the game and junior Kylie Reif made it 2-0 in Westside’s favor with a left-footed shot at the 26:51 mark of the first half.

It was just the ninth game of the season for the Red Devils, who won their third straight sectional title. They will face Wheeler (14-2-0) at the Plymouth Regional on Saturday at 12 p.m., EST.

Culver Academy (9-8-0) and NorthWood (8-5-3) will square off in Saturday’s other regional semifinal.

The Kougars (8-9-0) surprised Benton Central, 4-0, on Thursday night to secure a spot in the final. The Bison, who had 10 wins during the regular season, were held scoreless by KV’s stingy defense in front of goalkeeper Courtney Fox, who had five saves.

The Kougars led 2-0 at halftime, getting goals from freshman Audrey Campbell and sophomore Kate Thomas. Maddy Hamstra had a goal in the second half for a 3-0 lead and freshman Ella Carden also got on the scoreboard for KVHS.