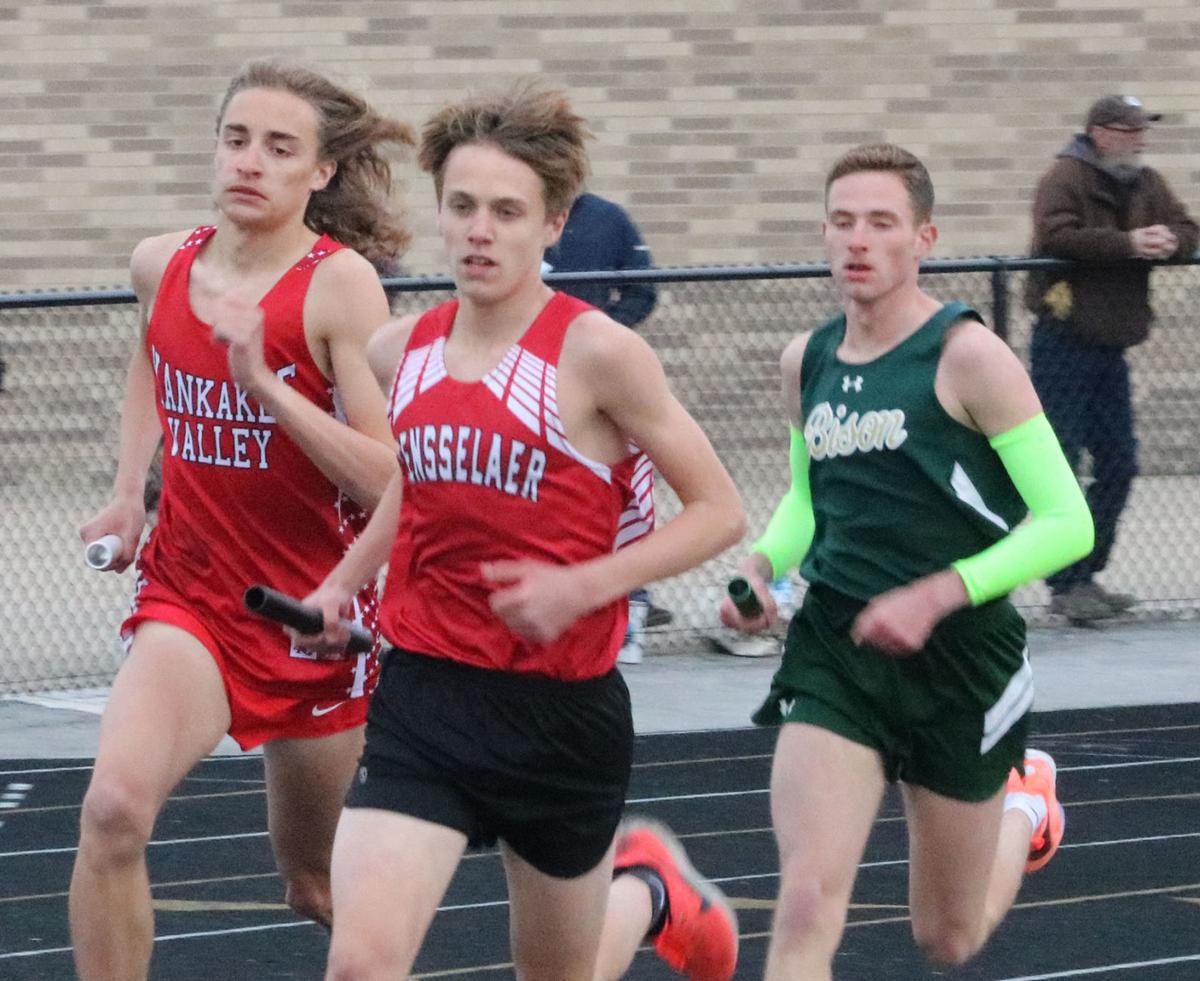 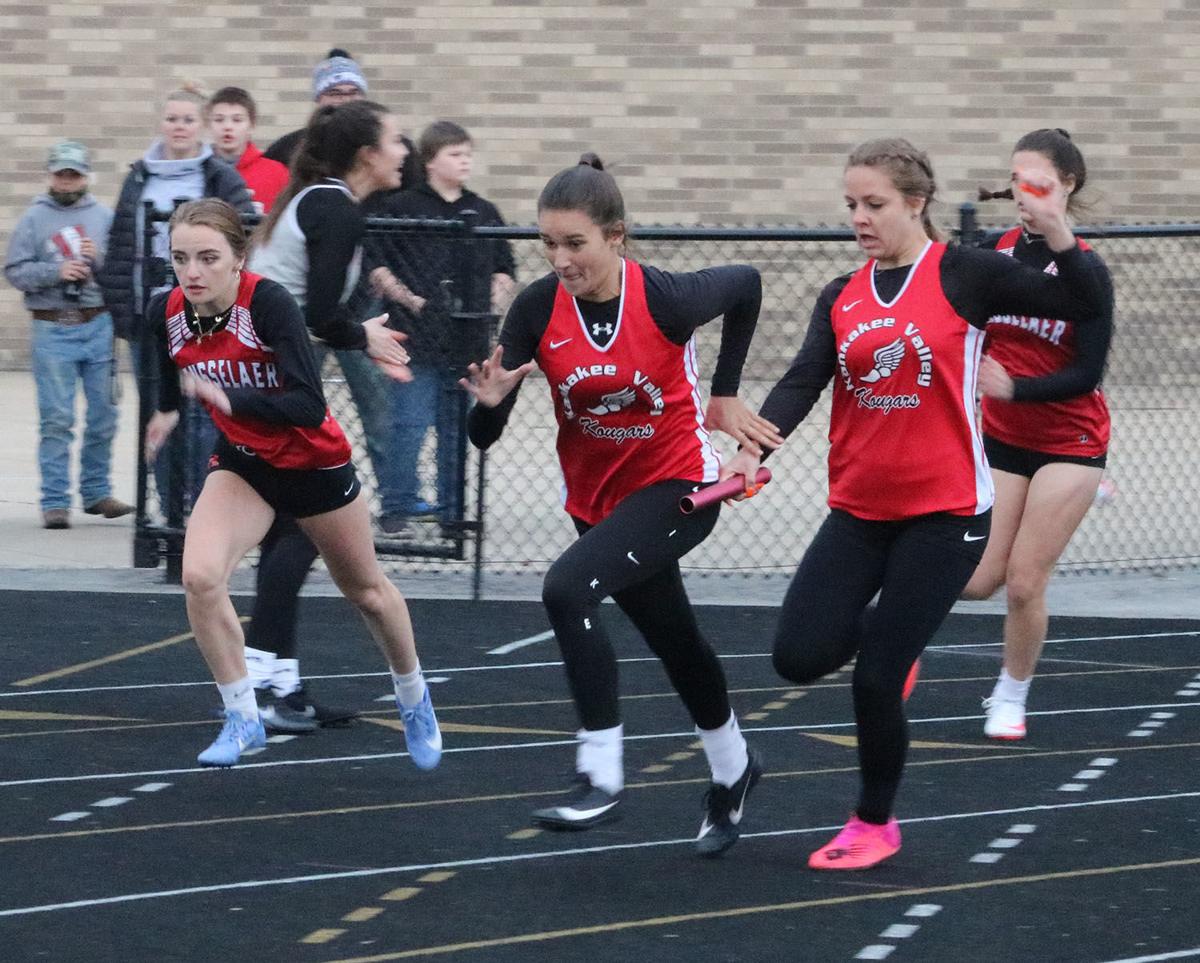 MONTICELLO — Kankakee Valley’s girls’ track team got strong efforts up and down the lineup in claiming another Twin Lakes Invitational in Monticello on Friday, April 23.

The Kougars had 122 points, well ahead of runner-up Benton Central (64 points). Rensselaer Central was third with 53 points, host Twin Lakes had 50 points and Winamac (35), South Newton (26) and Delphi (18) also competed.

Junior Taylor Schoonveld and sophomore Emily Nannenga combined to shatter a meet record in the combined high jump at 10 feet, 8 inches. The shot-put duo of Maddy Friant and Tiffany McBain won the event with a combined distance of 62-8 1/2.

Long jumpers Eli Carden and Ava McKim combined for a winning jump of 31-9 and the 400 relay team of Carden, Brooke Swart, Carissa Senezcko and McKim won in 52.38 seconds.

Turning in runner-up finishes were the discus duo of Alex Estes and McBain (2nd at 143-3), the pole vault pair of Bella Cochran and Syd Rose (13-0) and the distance medley relay team Frieden, Kasper, Swart and Lexi Culbreth (10:56).

The Kougars improved to 17-0 overall in dual and invitational meets this season.

The Kougars missed a chance at completing a boys/girls sweep of the event by 12 points. However, KVHS managed to capture the corporation trophy with its first- and second-place finishes.

“We beat Twin Lakes in our opener a few weeks ago,” said KV coach Tim Adams. “But in this format, they got us. We had a handful of PRs, but more importantly, we are getting stronger. Our second and third races for individuals are not dropping off anymore. That is promising.”

Junior Justin Hoffman earned three first-place ribbons, including the open 3,200-meter run in 9:54. He anchored the distance medley relay squad with a blistering 4:29 during the 1,600-meter leg and later anchored the undefeated 3,200-meter relay squad for a 14-second victory. He was joined on the distance medley by teammates Ethan Ehrhardt, Logan Myers and Adam Collard and the 3,200 meters by Josiah Johnson, Ben Herz and Collard.

The pole vault duo of Bryce Brodner and Xavier De La Paz Marino topped the field with a combined 22-foot effort. Brodner went over 11 feet and Marino had a PR vault of 10-6. The pair won the event by 14 inches over the next team.