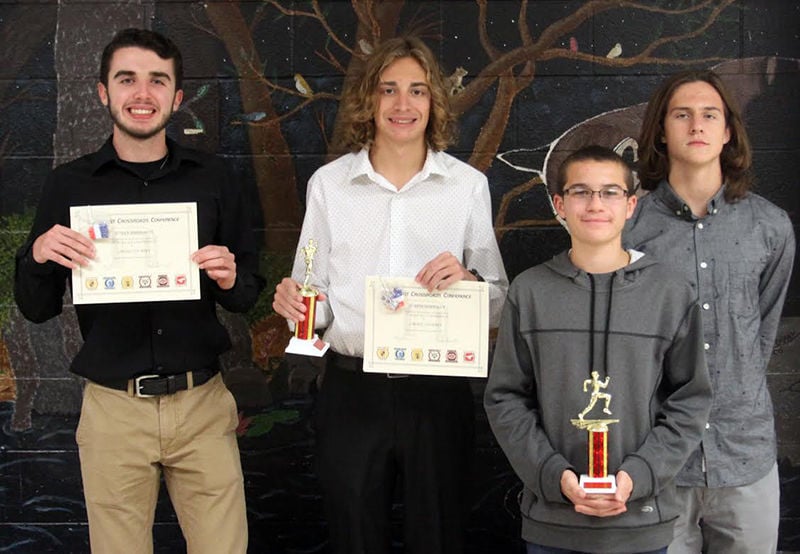 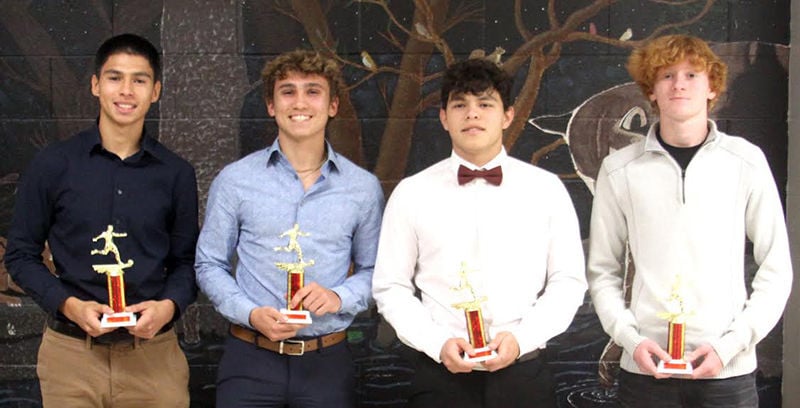 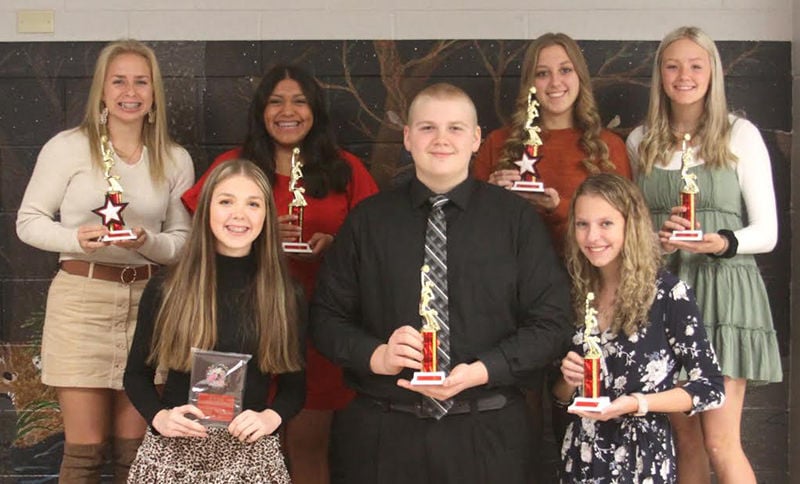 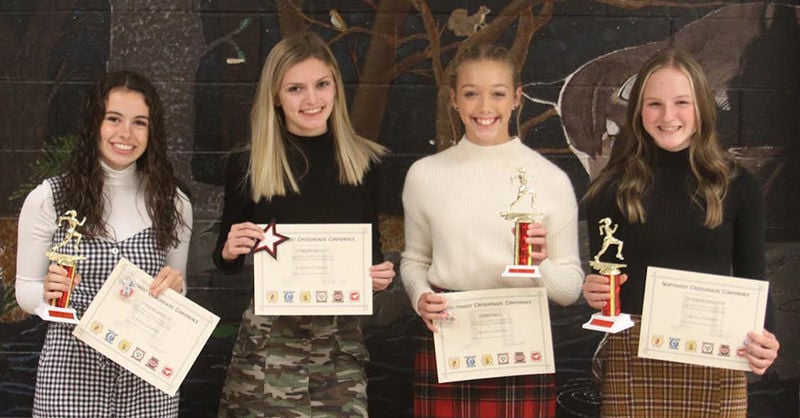 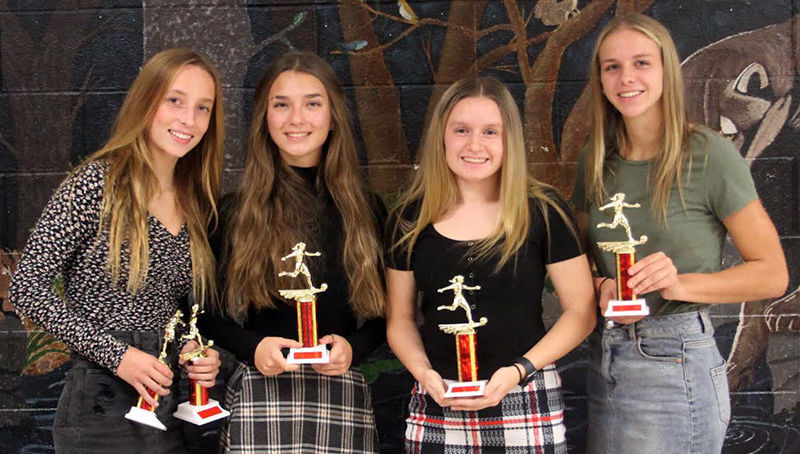 WHEATFIELD — On Monday, Nov. 1, the Kankakee Valley Athletic community paid tribute to the award winners in each of the recognized fall sports at the seasonal award ceremony.

The ceremony opened with athletic director John Gray welcoming all and thanking everyone that contributes to Kougar athletics. He also called the large crowd in the gymnasiums attention to rhe success of two fall athletes in particular, both of whom made it to state-level competition. Brynlee DeBoard became the first female golfer to reach the state finals and Justin Hoffman reached the ultimate level in cross country.

Finally, Gray presented plaques to two coaches that are stepping down after lengthy tenures in their sport. One of the most successful coaches in KV history, Lane Lewallen, is stepping down after 15 years as the Lady Kougars’ cross country coach. Steve Ganzeveld, who has coached both boys’ and girls’ tennis teams in the last 11 years, has also led his teams to several successes.

The coveted Leah Harper Award, named after a young cheerleader who passed away tragically, was awarded to Hanna Nazimek.

Girls’ cross country awards were presented by Lewallen, who spoke about his team’s successes, especially that of sophomore Emma Bell, who reached the semistate level. Bell received the MVP Award for the team.

of the Year Addison Johnson and Most Improved Runner Julianna Barlog.

Boys’ cross country coach Tim Adams then took the dais and reminisced about his charges’ season, especially that of Team Captain Award winner Justin Hoffman, who was also the Most Valuable Runner.

both cross country and track, with Hoffman qualifying for both in a calendar year.

Coach James Broyles then gave out awards to the varsity football players. Jack Lamka was named the Varsity Overall MVP with Grant Stowers honored as Offensive MVP and Caleb Swallow as Defensive MVP. Chase Brown was named as the Scout Team MVP and Myles Turpin was honored with the Scott Patrick Award.

Girls’ golf coach Jeff McMillan thanked Sandy Pines Golf Course for all of its support and then spoke glowingly of the season of MVP Brynlee DeBoard. He also presented awards to Kaelyn Lukasik as Kougar Pride winner; Lily Van Loon as Most Improved; Katelyn Bakker as Rookie of the Year and Allison Rushmore for the Ms. Clutch Award.

Boys’ tennis coach Steve Ganzeveld gave awards to Jeremiah Jones as Singles MVP and Jeb Boissy and Hayden Dase as Doubles MVPs. Boissy was also the Impact Player for the team, Tommy Jones was Most Improved and Mason Ames won the Coaches Award. Dase and Boissy were the Team Captains.

After a lengthy ceremony, volleyball varsity coach Omar Vasquez presented the Varsity MVP award to Alexis Broyles. Lily Toppen was Most Improved and Jenna Smith won the Kougar Pride Award. The Rookie of the Year Awards went to Brooklyn Richie and Ava Dase.

Junior varsity and freshman awards will be published next week.