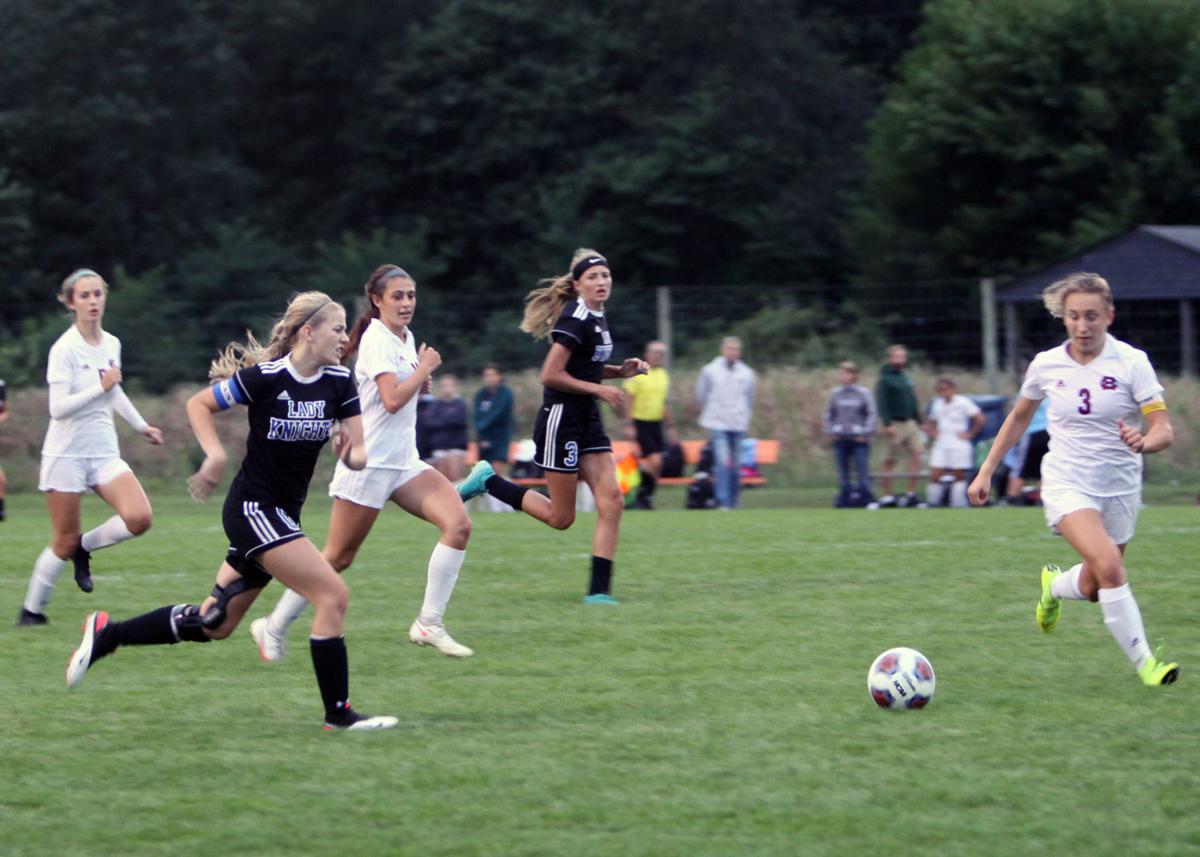 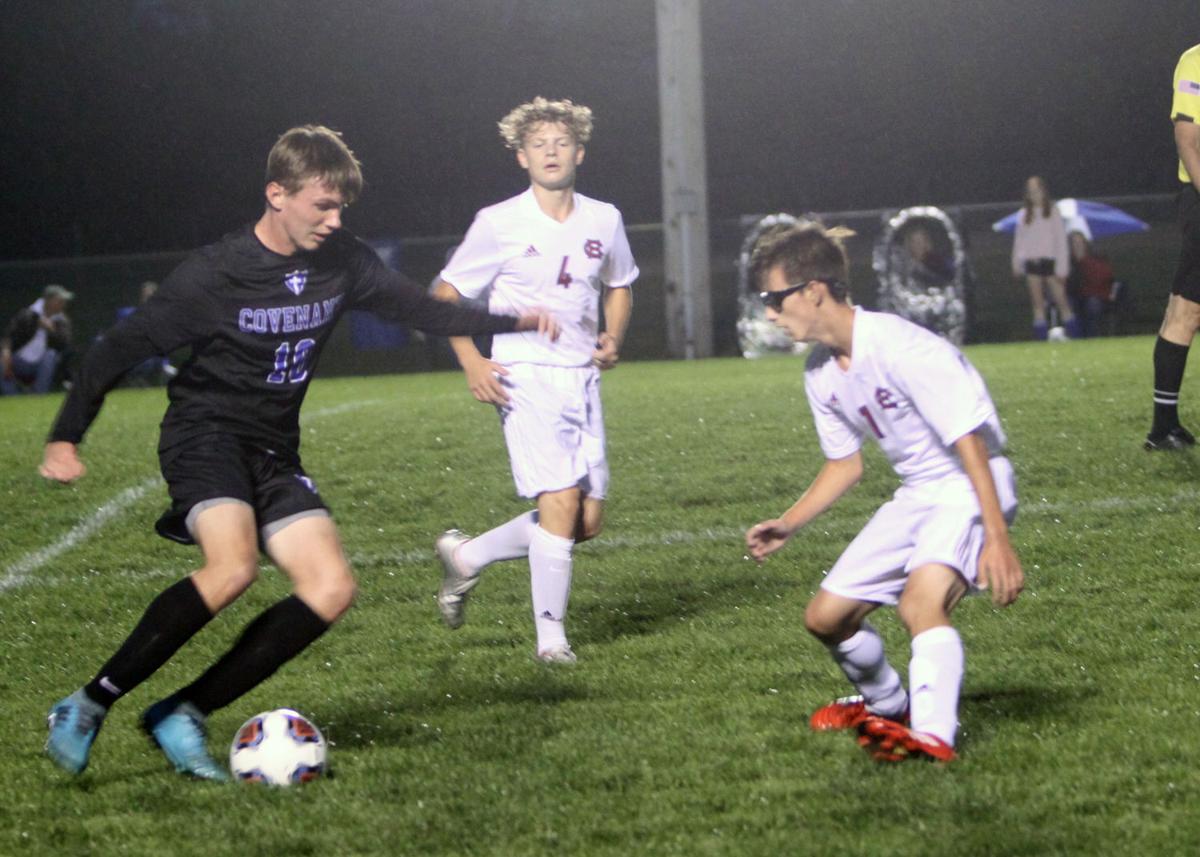 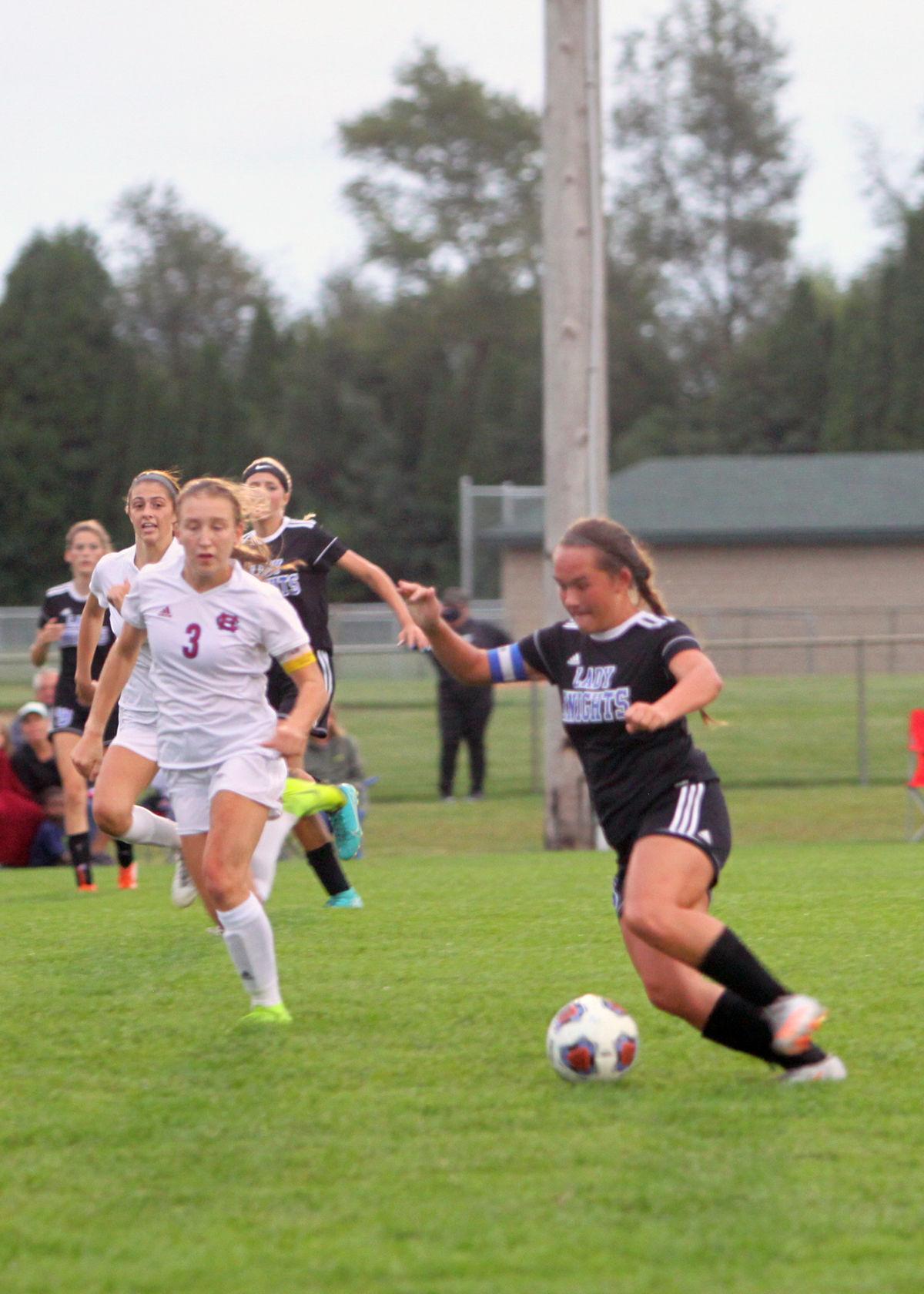 DEMOTTE — Covenant Christian’s soccer teams had an up-down week due to some adversity and some just plain hard luck.

On Thursday, Sept. 10, the Lady Knights faced the visiting Hanover Central Wildcats and fought hard through a scoreless first half as neither team was able to overpower or outmatch the other. Near the midpoint of the second half, senior Carly James found the net on a great pass from sophomore Gabbi Zeilinga which gave the home team the lead. James looked to be in good form in just her second game back from an ACL injury.

Unfortunately, HC answered back with two goals towards the end of the match with both seniors Savannah Ferry and Nevaeh Govert putting the ball in the net.

The real downfall for the team, however, was the loss of two players to injury as both freshman Addie VanderMeer and senior Amy Eades went down in the second half and had to leave the game, causing an already short-handed team to play with just one sub for the remainder of the match. Keeper Vandermeer had held the Wildcats scoreless for 65 minutes, recording six saves. Both goals came at the expense of sophomore Skylar Bos who was pressed into duty upon VanderMeer’s departure from the game.

For the Knight boys’ team, following the girls loss, the boys took on their HC counterparts and came away winners in a high-scoring 5 — 3 shootout. The home team was led by junior Royal Novak’s two goals and an assist to boot. Also scoring for the Knights were seniors Branton Tolkamp and Matteo Rossi, as well as sophomore Josh DeJong.

Just two days, later, the boys returned to their home field as they hosted the Covenant Invitational on Saturday, Sept. 12.

The Knights easily won their opener against Portage Christian by a score of 4 — 1. Senior Isaac Alblas returned to play after an injury and quickly netted two goals while Novak and Tolkamp each put in one. Aukema allowed just the one goal but grabbed eight saves in yet another compete game in goal.

The jubilation changed to despair in the final, however, as the Knights fell to Dyer’s Heritage Christian, 1 — 0. The game was exciting but scoreless through 75 minutes of play. Aukema had 20 saves but with just five minutes left, a ball sneaked past and Covenant was unable to answer, giving Heritage Christian the tourney title.