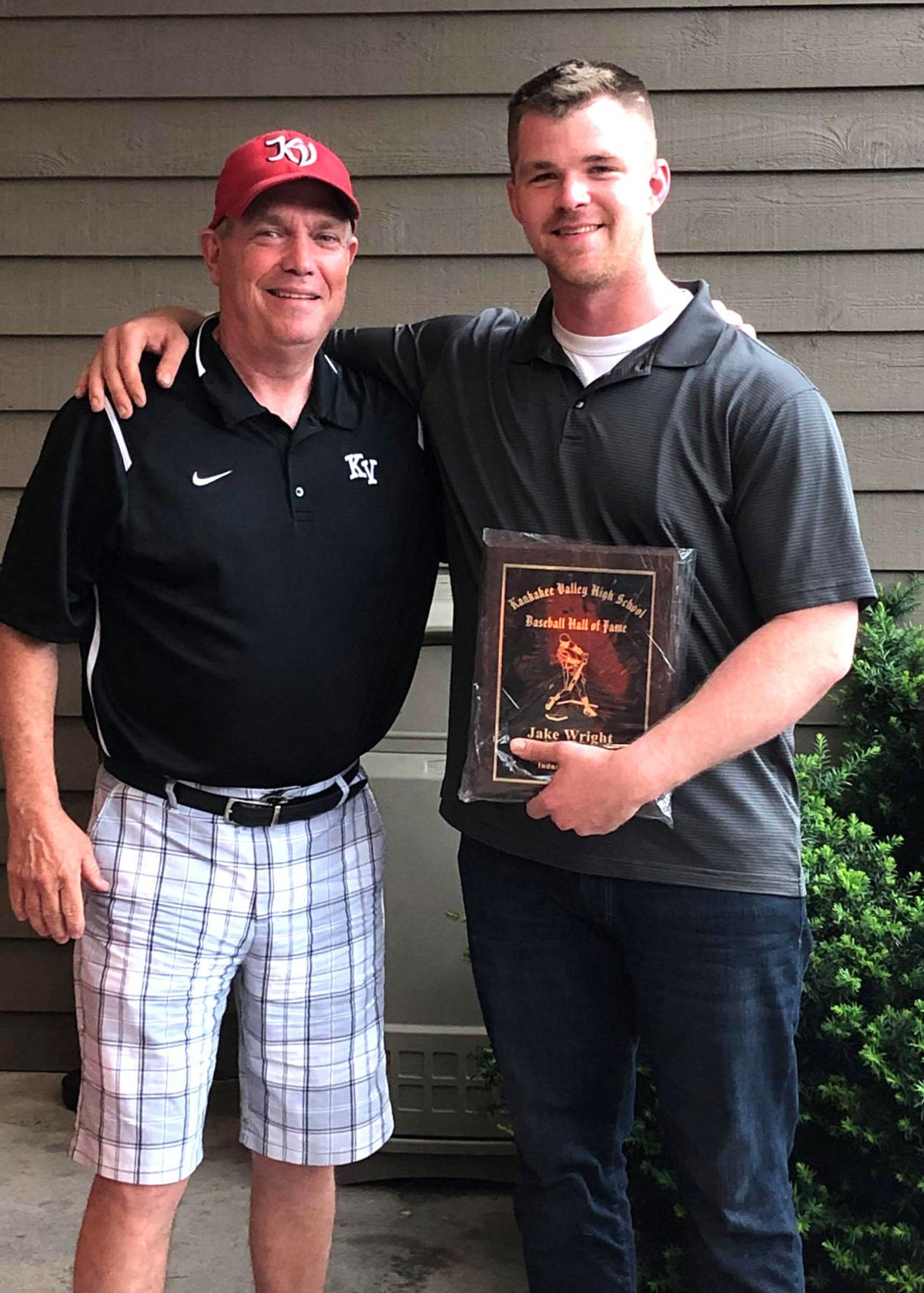 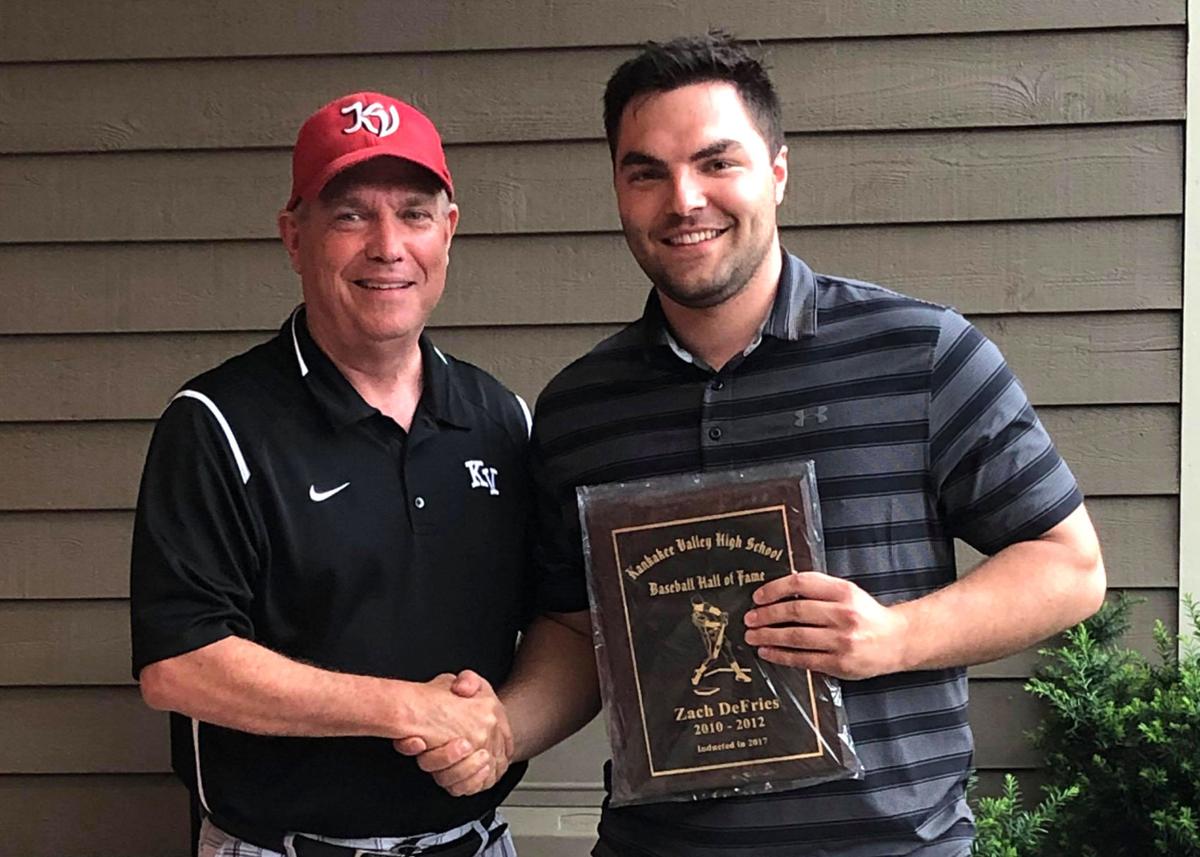 Zach DeFries (right) is congratulated by former coach Doug Greenlee on being indicted into the KV Baseball Hall of Fame.

Zach DeFries (right) is congratulated by former coach Doug Greenlee on being indicted into the KV Baseball Hall of Fame.

Jake Wright, Class or 2012, was a standout catcher for the team and played all 191 innings of his senior year. He was selected to the North All-Star team for the annual North-South game and racked up some incredible statistics his senior year, including a .566 Batting Average and a .658 On-Base Average. Wright had 56 hits, including 12 doubles, five triples and a home run while also scoring 34 runs and knocking in 39. For good measure, he also had 12 stolen bases.

“Jake was a tremendous baseball player at Kankakee Valley High School during his three year career,” said Greenlee. “KV has been blessed with All-Star catchers like Andy Bulla and Scott Lockhart and Jake continued that tradition.”

Zach DeFries, also a 2012 graduate, was an All-State player his senior year, setting a then-State Record by hitting 12 triples that final season. DeFries also played every single inning of his last year while amassing a .461 Batting Average and an On-Base percentage of .613. DeFries cranked two home run and had six doubles while scoring 41 runs. He had 32 RBI’s and nine stolen bases and was Mr. Consistent on both offense and defense for the Kougars.

Bill Orsburn, who was not in attendance for the ceremony, was the Varsity Head Coach for the Kougars in 1987 and was a Varsity Assistant for six years under Coach Gary DeHaven and for 15 years under Greenlee. He was also Athletic Director for the school foe three years and is widely acknowledged as the architect of the top-notch baseball facility used by the Kougars.