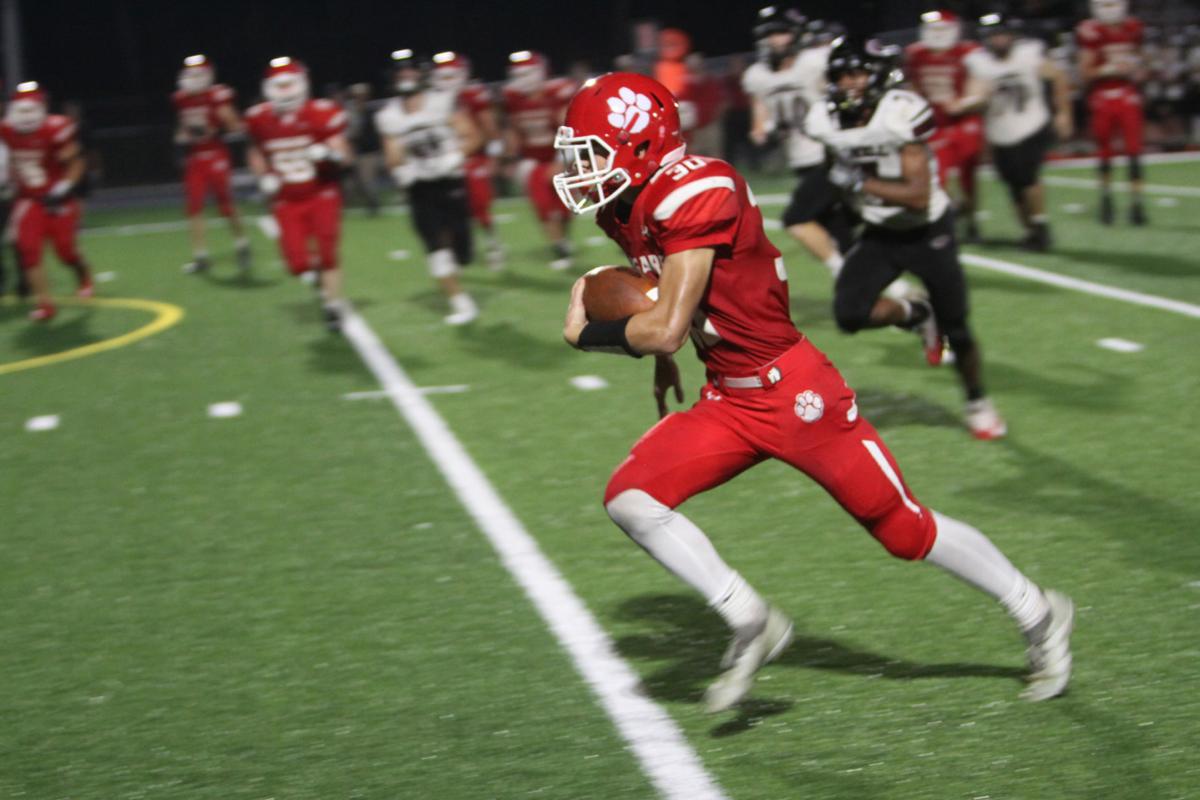 KV junior Markus Ritchie streaks down the sideline for a big gain for the Kougars. 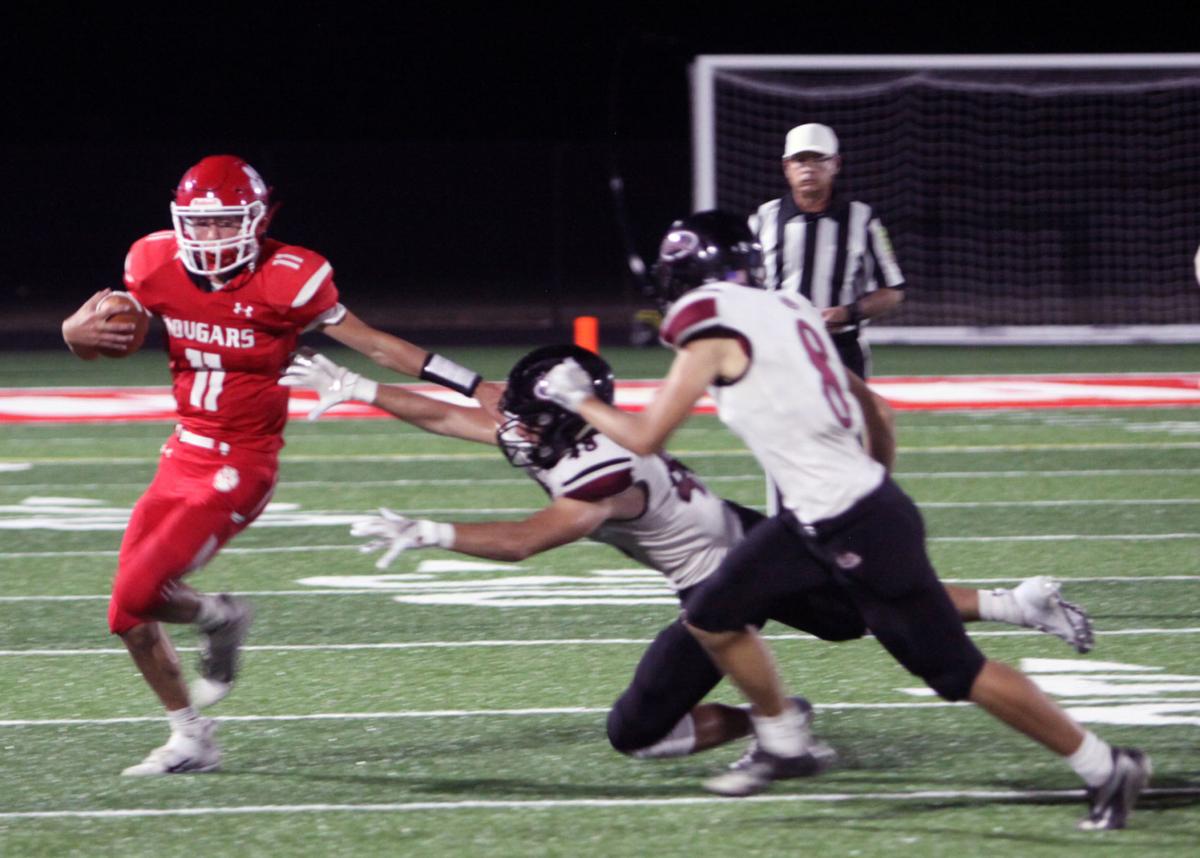 KV junior Markus Ritchie streaks down the sideline for a big gain for the Kougars.

WHEATFIELD — It looked like they would do it. It looked like the Kougars would get the Milk Jug. The Kankakee Valley Kougars had owned the visiting Lowell Red Devils throughout the first half, outscoring them 14 – 0. The Kougar defense had thwarted almost every play and the offense seemed crisp and daring.

KV had, in fact scored very early in the first quarter with a 13-yard pass to Will Dyniewski into the end zone after marching downfield almost unchecked. The PAT from Markus Ritchie put the Kats up 7 – 0 on their first possession.

The Kougars soon got it right back after their ‘D’ caught Lowell behind the line of scrimmage on consecutive plays and the ‘O’ was right back in control, even going for it and making it on a fourth-and-four play with a pass to Chace Uylaki. That drive was stopped but an interception; the first of three by the Kougars led the team’s second TD.

Lowell was again pinned to three and punt but tried to go for it on fourth-and-three. Junior Ryan Tinnel snagged the pass for the Kougars’ second interception. Carden quickly led the Kougars downfield and they looked to be headed for their third touchdown of the night at first down and goal on the two yard line. The ball was fumbled away, however, on a snap error and Lowell finished the first half in possession.

After the break, it was a different game. Lowell took charge in the third quarter after their first set of downs faltered. With 5:08 left in the quarter, Jacob Chandler ran it in from seven yards out to make it a 14 – 6 game. The PAT was no good after a bad snap sailed over the holder’s head.

KV then went three and punt but the punt was recalled on an Illegal Procedure call. On the re-kick, the second attempt was partially blocked by the Red Devils. Lowell went three and punt but managed to draw the Kougars offsides to gain a first down. Dyniewski sacked the Lowell QB to put them at second-and-14 yards. The KV defense stopped that again for no gain to put the Red Devils at third-and-14 but junior Cameron Stojancevich hit senior John Alessia III with a 22-yard pass to the corner of the end zone. A two-point conversion, again going to Alessia, tied the game at 14 all.

In the fourth quarter, the game winner was a punt return by Alessia that seemingly sealed the Kats’ fate. The PAT kick by senior Nate Gard made it 21 – 14 in favor of Lowell.

KV had one more good try in them, however, and after the kickoff reception, a reverse by Retchie put the Kougars in the red zone, first-and-ten on the 12. Another bad snap moved them back to the 29. After picking up just two more yards on the ground, a pass by Carden was picked off by junior Reec Ison. KV would never recover.