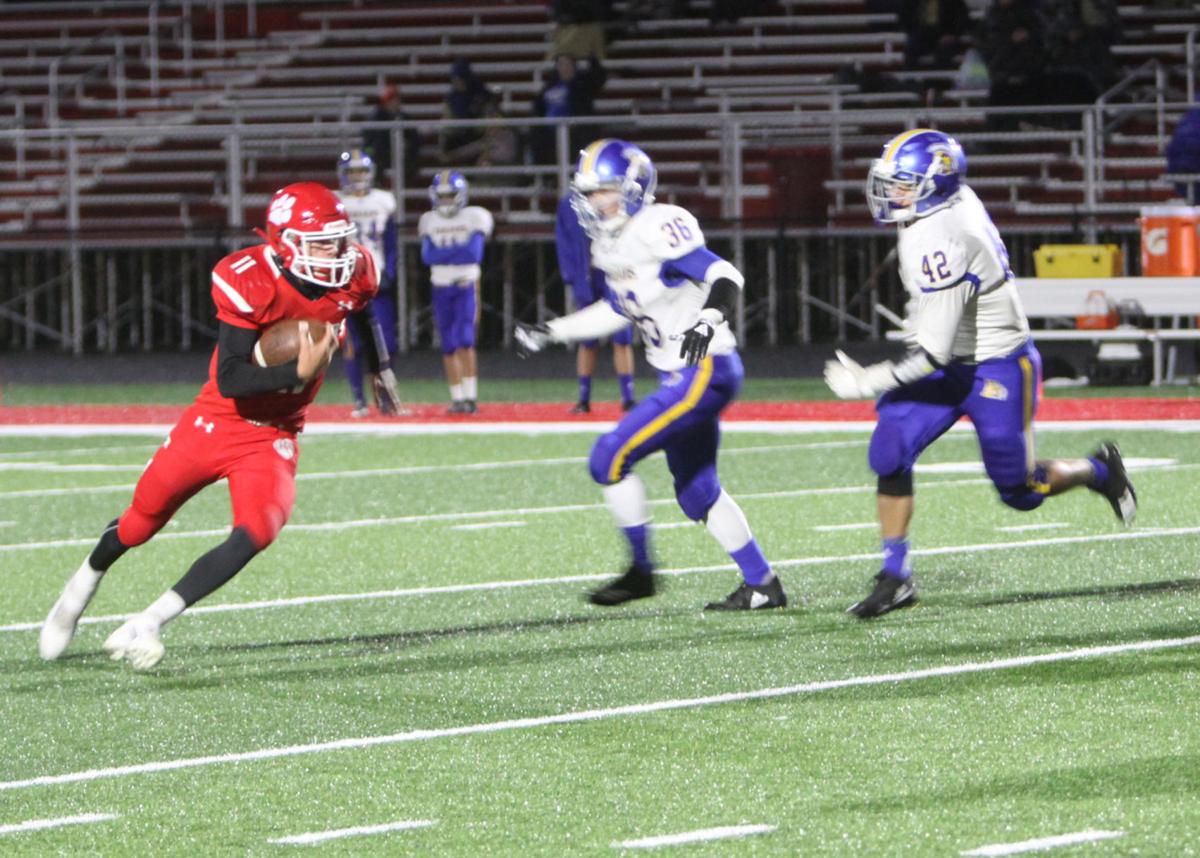 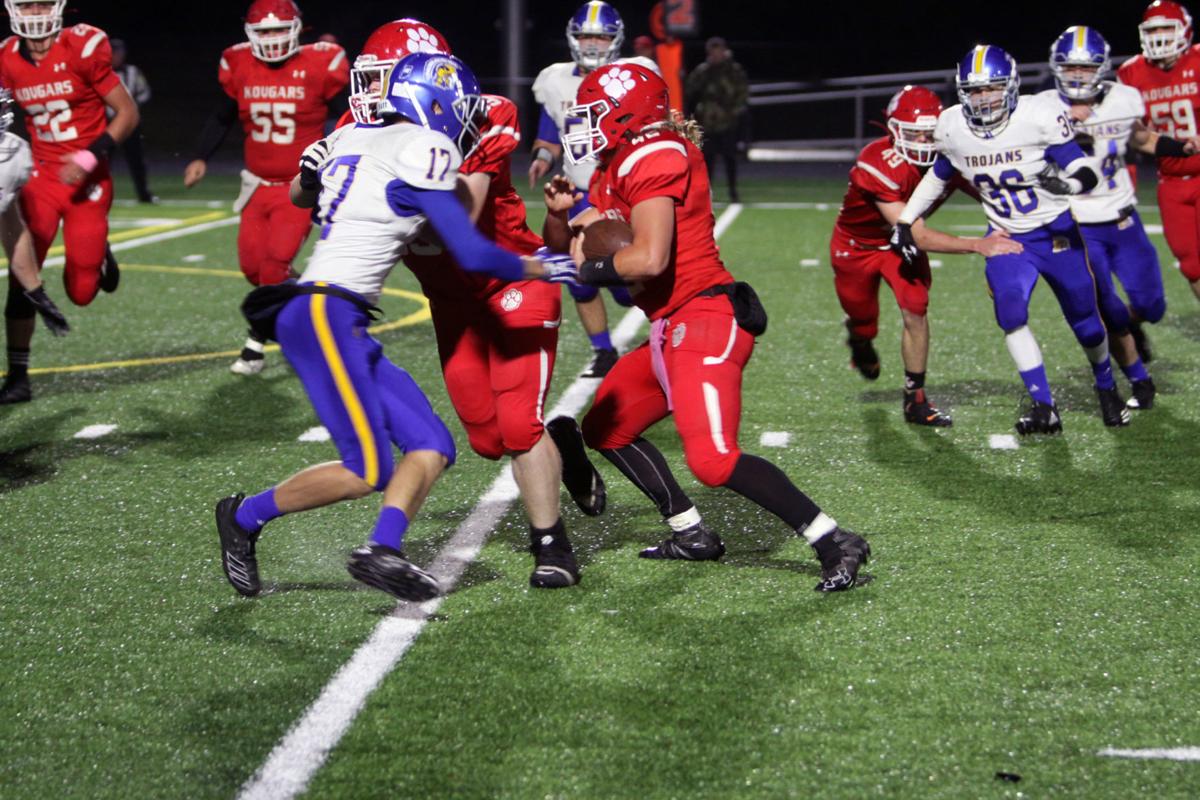 WHEATFIELD — The Kankakee Valley Kougars have had a season of unsettling losses often caused by miscues in games that they seemed ready to win. Friday’s game was no exception as the Kats were up by 17 – 2 in the second quarter, only to let Highland back in the game and hang on to escape with a 33 – 30 win.

The Kougars looked to be squarely in charge early on as Quarterback Eli Carden scored on a 56-yard keeper and Ritchie put the PAT through the posts to put KV up 7 – 0. The defense stopped the Trojans in the red zone and KV took over. A bad snap, at least one of which seems to happen every game, sailed three feet over Carden’s head for a loss of 15 which led to a safety which put the Trojans on the board.

KV’s free kick pinned the Trojans deep and the ‘D’ again stopped Highland. At 2:07 in the first, KV marched to the red zone and Ritchie hit a 26-yard Field Goal to go up 10 – 2.

In the second quarter at the 11:25 mark, Nathan Swafford rumbled in from 6 yards out to give the Valley that 17 – 2 lead. The defense continued to stifle Highland and KV seemed on the verge of scoring yet again when a fumble forced a field goal attempt which was no good.

Highland suddenly had life and was headed for their own TD when Ryan Tinnel intercepted and put KV back in charge. That was short-lived as they then fumbled to give it right back to the Trojans. A 26-yard pass to Quinten McToy gave Highland their first touchdown of the game. A two-point conversion made it a 17 – 10 game going into halftime.

After the break, Highland again scored at 9:29 in the third when Ethan Litavecz ran it in from 56 yards out to put Highland within one. The PAT knotted the game at 17-all and drew an aufible sigh from the Kougar faithful.

Spartans' offense comes up short in shootout loss against Wheeler

KV again drove the length of the field only to again fumble on the five yard line. Highland was just as hapless however and KV’s Reece Williams forced a Safety on Highland to put the game at 19 – 17.

After Highland’s free kick, the Kats scored again on a pass to Chace Uylaki in the end zone to go up 25 – 17. Freshman Evan Misch came in for the PAT after Ritchie came out with a sore leg and hit the PAT to make it 26 – 17.

Highland, aided by a long pas interference call on their next possession scored scored on a one yard run by Christian Rios. The PAT attempt was blocked by Williams, making it 26 – 23.

On the ensuing kickoff, Will Dyniewski took it to midfield and three Swafford runs later, KV again scored to put it at 32 – 23. Misch’ PAT was again good and KV seemed to have the game won at 33 – 23.

Highland wasn’t done yet, however and after the kickoff, needed just one play to score with a 64-yard run by Xavier Arce. The PAT put the Trojans within three but that is where it ended.