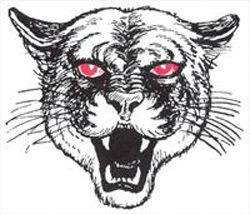 KVHS will look to senior quarterback Grant Stowers to guide the offense this season.

KVHS will look to senior quarterback Grant Stowers to guide the offense this season.

So the challenge facing Kankakee Valley’s football team this fall is developing a new identity with a nice mixture of familiar faces and newcomers.

“We do have a lot of kids coming back that played,” KV coach James Broyles said. “Yes, we lost some talented athletes, but you’re talking a handful of them and the rest were sophomores and juniors (last year).”

“The quarterback position is the big one that everyone recognizes is a loss due to graduation,” Broyles said. “Eli was a great athlete, had a good arm. But the guys behind him, guys like Grant Stowers, are stepping up and doing his thing. He’s playing the game at his level. I think that’s really nice. He’s not trying to be Eli Carden; he’s being Grant Stowers.”

Carden was also a mainstay on the defensive side along with Feddeler, who led the team in tackles.

However, Caleb Swallow returns at linebacker to anchor the defense, with senior Jack Lamka and Max Griffey the other top defenders.

“I’m excited about our defense,” Broyles said. “We have a lot of good pieces there. We have a lot of kids coming back from there. Jack Lamka has come out of the gates and done really well.

“It’s a faster defense than we’ve had in the past.”

The offensive and defensive line will be led by 6-foot-4, 255-pound senior Dyllin Bolton, a three-year starter who was an all-conference selection last season.

“It’s been fun to watch these guys get into their groove and progress and watch the football players they’ve become. He’s one of them,” Broyles said of Bolton. “He’s done a lot of work in the off-season for himself. He wanted to lose a little weight, and he did. Now he’s faster, stronger now than he has been.”

While Stowers is expected to get the ball down field on occasion, KV’s offense will be centered around a running game. It will feature veteran Logan Parks at tailback along with Cade Capps.

An athletic front four, lead by Bolton, is expected to lead the way for KV’s rotation of backs.

“We’ve got some size up front. We’ve got a lot of athletes. They’re not your typical offensive linemen,” Broyles said. “They’re not just big, heavier kids. These kids are in shape and they’ve made the effort to get in shape.”

An area of concern for Broyles is the kicking game, which had been manned the last four years by Ritchie.

Ritchie was considered the top kicker in Northwest Indiana last year and competed in national competitions in the off-season.

“You don’t find a kid like Markus Ritchie all of the time,” Broyles said. “It just doesn’t happen. We were fortunate with that. We have been pretty decent with it so far, but it’s just being consistent. If we can be consistent in the kicking game, we’ll be okay.”

The Kougars will get a better assessment of their talent when they begin the non-conference portion of their schedule at Rensselaer Friday night. The Kougars dominated RCHS last season, forcing turnovers and using big plays on offense and defense in a 28-7 victory.

Broyles expects a much closer game this time around.

“It’s Chris Meeks’ Rensselaer team. They’re going to be well coached. He’s going to get them fired up,” he said. “I know they got a kid coming back at quarterback, (Tate) Drone. He’s got a nice arm on him. They’ll have some weapons. Knowing Chris, they’ll dial up something.”

The owner of an 11-18 record in three seasons with the Kougars, Broyles expects the newest edition of the Cracker Barrel game to be a battle in the trenches.

“It’s going to be a physical game,” he said. “You can throw out the whole 2A/4A thing because when it comes to your rivalry, that just goes out the window. It’s more a factor of physicality.”

Get a win Friday against RCHS and the Kougars could have another 5-0 start with games against Wheeler, South Bend Washington, North Newton and Munster to follow.

Then the meat grinder portion of the season begins with Lowell, Hobart and Andrean back-to-back-to-back in weeks seven through nine.

“The conference top to bottom is tough. Obviously, Munster hasn’t been what they’ve been the last few years, but when you get into Lowell, Hobart and Andrean … and even Highland has come up from where they were,” Broyles said. “You can legitimately say with the top three teams, they could all go to state. It’s tough. But you wouldn’t want it the other way. You wouldn’t want to play teams that can’t win a game. That does nothing for you in the post-season.

“We want to win conference games, compete with these guys on a high level. But you want to come away from those games and use them as a learning experience, win or lose, and apply them to the post-season.”

It’s already been a successful season for the Kougars, who had to shut down operations a couple of times last year due to COVID. They played without key personnel in their sectional loss to Culver Military due to contact tracing.

“So far, we’ve been good. Everything we planned over the summer, everything was full go,” Broyles said.