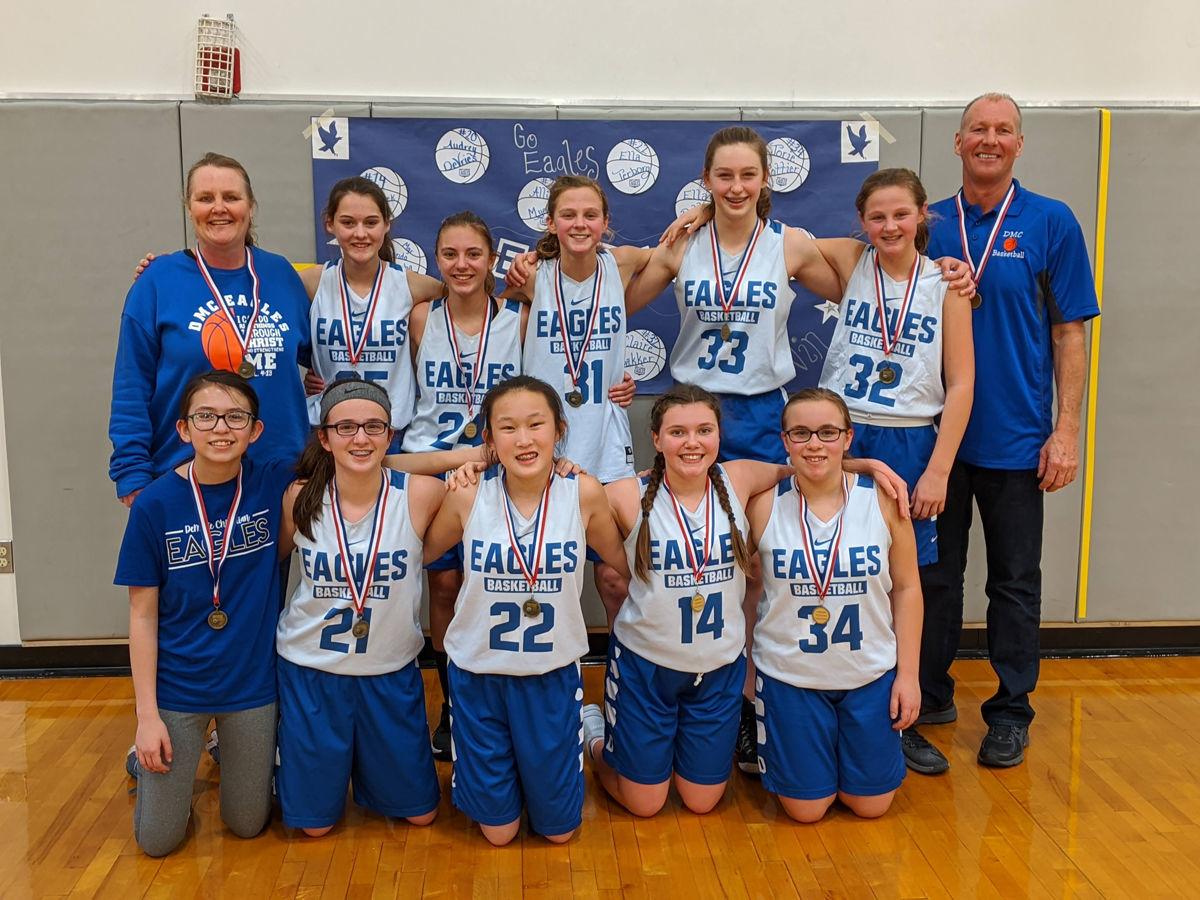 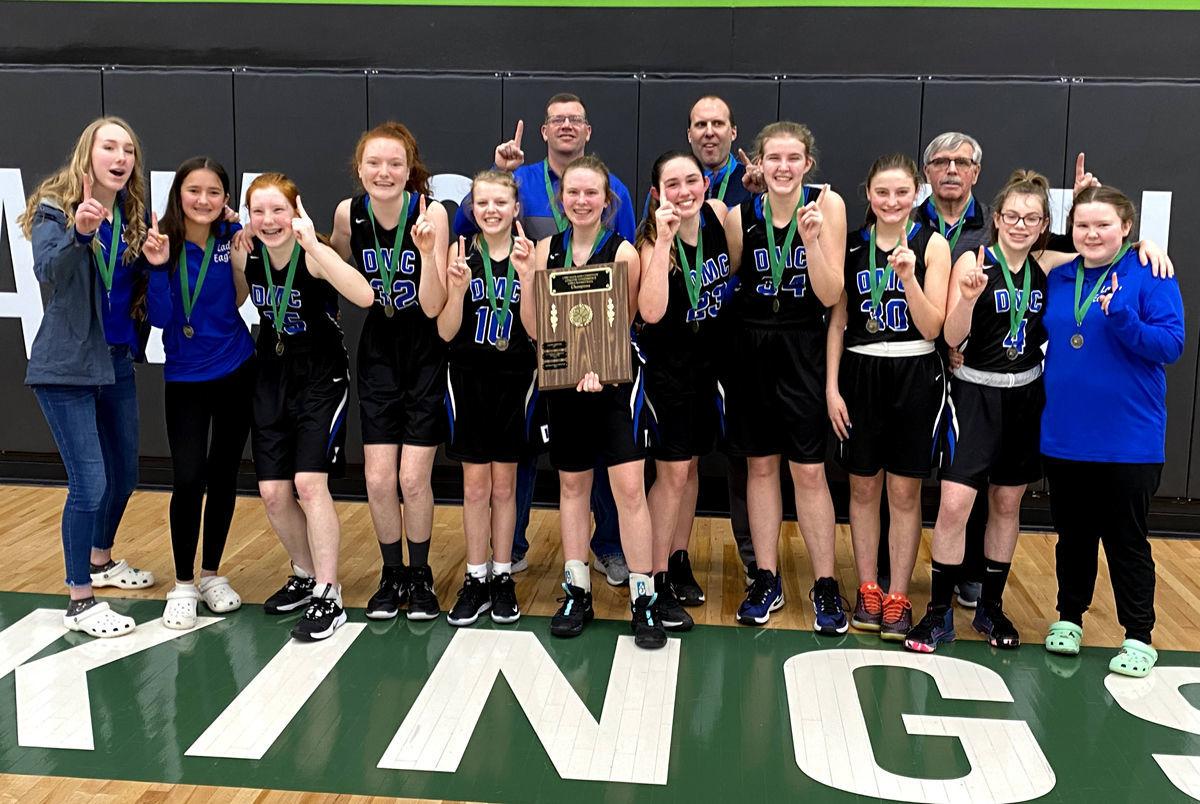 DeMotte Christian girls basketball finished the season with two championship teams as the 8th and 7th grade teams won their conference championships, capped off with the 8th graders claiming a 24-16 victory over rival Crown Point Christian on Saturday.

In the third meeting of the season between the two teams, the DMC 8th graders looked to avenge their losses to the Crown Point Christian Crusaders and they jumped out to a quick 6-0 lead, sparked by a suffocating 1-3-1 defense. Both teams’ defenses took over after that as the teams went into halftime with DMC leading 8-6.

In the second half, baskets by leading scorer Ava Koselke (14 points) and game management by Abby Walstra (4 assists, 3 steals) led DeMotte Christian to a 16-10 second half advantage as the team defense once again held the CPCS offense in check.