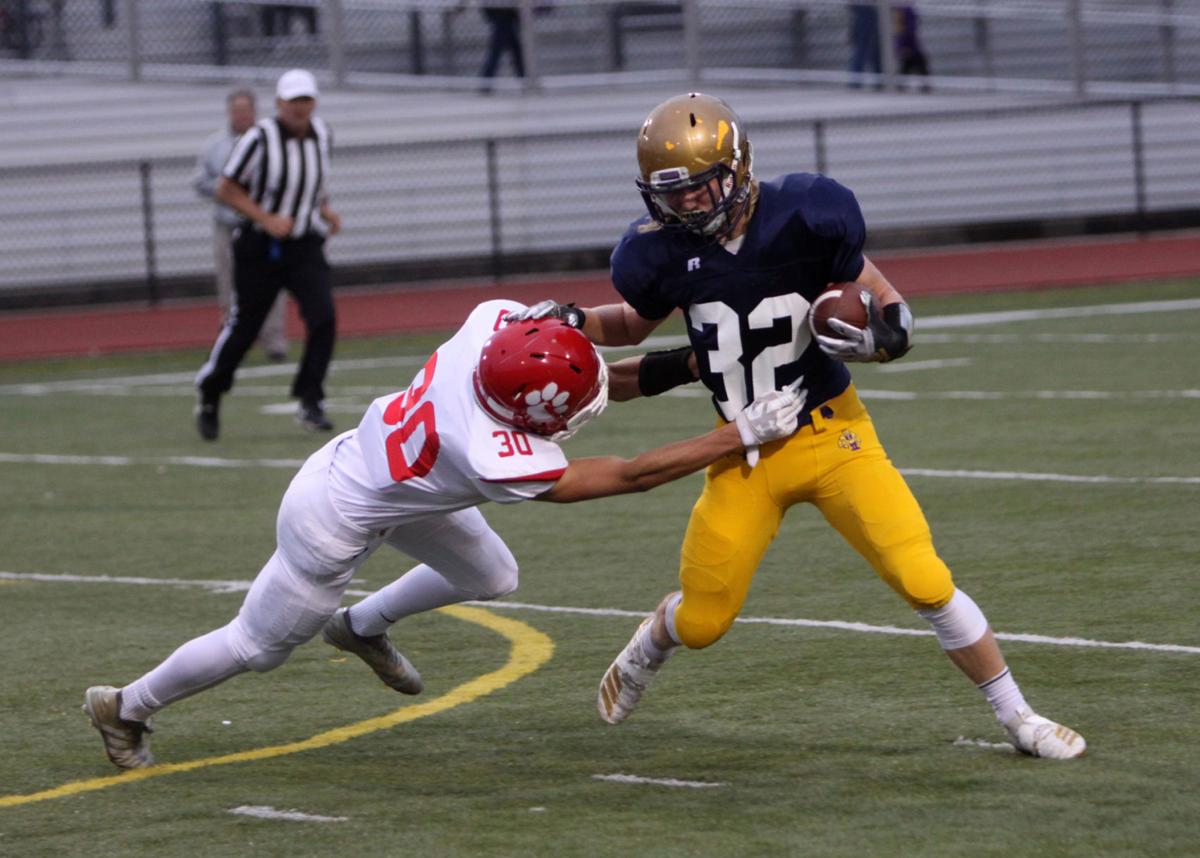 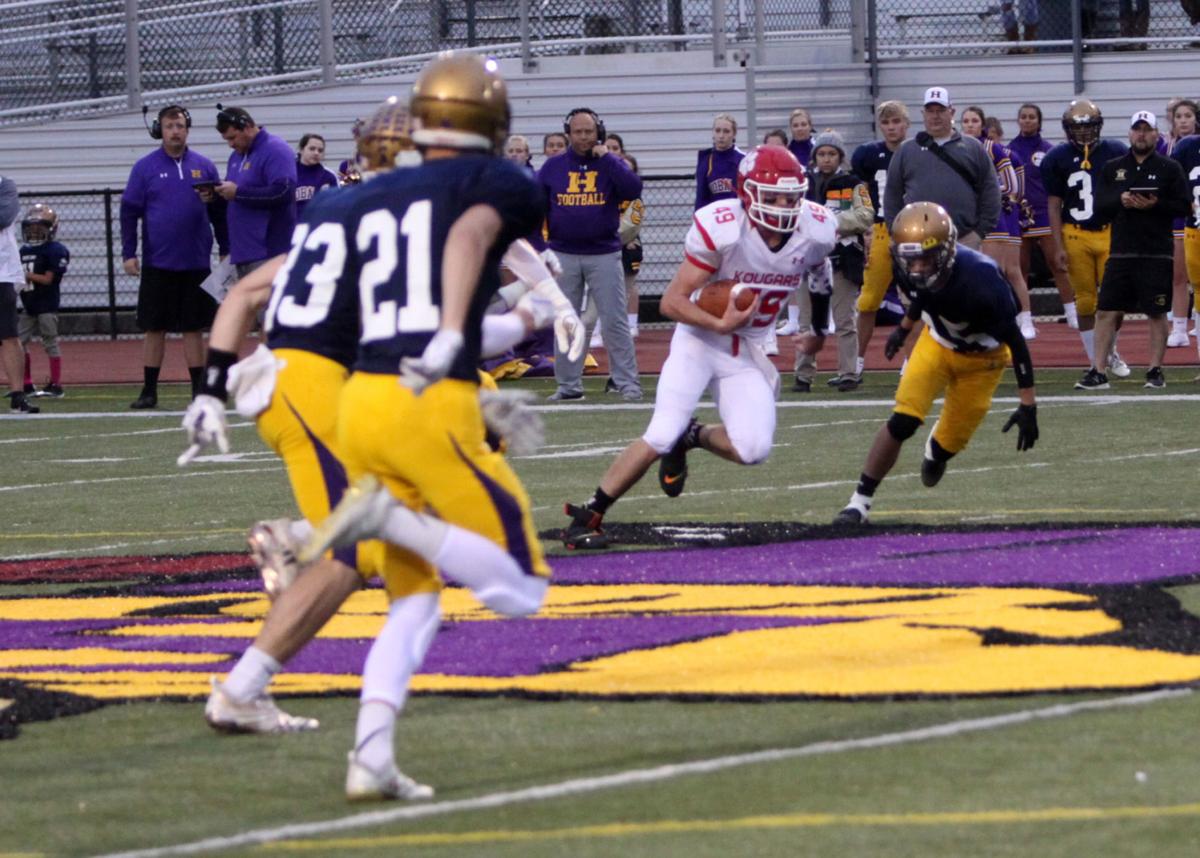 KV junior Aiden Sneed runs through a phalanx of Hobart Brickies. Sneed scored the Kougars’ only touchdown of the game after scooping up a fumble just six seconds after the game started.

KV junior Aiden Sneed runs through a phalanx of Hobart Brickies. Sneed scored the Kougars’ only touchdown of the game after scooping up a fumble just six seconds after the game started.

HOBART — Despite the Kougars jumping out to score with just six seconds elapsed in the game, KV was beat down and beat down badly by the Brickies, 49 – 10. The Kougars gave up three turnovers in the form of interceptions and managed just 68 yards of total offense compared to the 357 total yards put up by Hobart.

The game had been delayed 23 hours by the ferocious rain and lightning storm of Friday night, so it was played on Saturday, Sept. 28, with a 6 p.m. start.

The Kougars won the toss and deferred possession so they kicked to start the game. On the first play of the game, Hobart’s Junior QB Riley Johnston rolled out to pass from behind the 20-yard-line and lost the ball, which was scooped up by the Kougars’ Aiden Sneed to score. With the successful PAT kick, the Kats were very quickly up 7 – 0.

After the ensuing kickoff, the KV defense stopped Hobart cold but the Kougars’ success was short-lived and then some. Kankakee Valley drove to midfield and went for it on 4th-and-1 with Nathan Swafford getting the first down. The next play fell apart, however, and Eli Carden’s pass was picked off by Matthew Benton who ran it for a 60-yard pick-six touchdown. The PAT knotted the game at seven-all.

Hobart’s Nathan Schammert snared another errant pass by KV and Johnston quickly hit senior Tyler Schultz with a 27-yard pass to put Hobart up 13 – 7 with just 7.7 seconds left in the first quarter. The PAT made it 14 – 7.

On KV’s first possession of the second quarter, an incredibly high snap sailed over Carden’s head. He recovered but there was a loss of 14 yards. Another near interception and Carden almost getting caught in the end zone forced KV punter Colton Wright to kick with the ball being downed at the 42. Two plays later, Brickie DJ Lipke rumbled in to score from 31 yards out. With the PAT, Hobart was now up 21 – 7.

KV was again stopped at midfield on the next set of downs but a booming punt by Wright pinned Hobart on the one-yard-line. The Kougar D stopped Hobart this time but the Kats could not get any closer than 26 yards to the goal line. Markus Ritchie kicked a 42-yard field goal with 1:25 left in the half to bring KV to 21 – 10. That would be KV’s last score of the night.

During the break, Hobart honored the State 3A Title game runners-up from the Hobart team of 1979 which went unbeaten under legendary Coach Don Howell before losing to Columbus East 21 – 14 in the final game. Since then, 10 more Hobart teams have reached the state finals.

KV received the kickoff to start the second half and Carden threw his third interception of the night on a desperation pass. Johnston spiraled a long pass to Lipke at the end of which KV was flagged for a personal foul that gave Hobart first-and-goal from the eight yard line. Johnston then scored on a keeper that, with the PAT, put Hobart up 28 – 10.

Hobart continued to score, seemingly at will, throughout the second half to reach that 49 – 10 rout score.