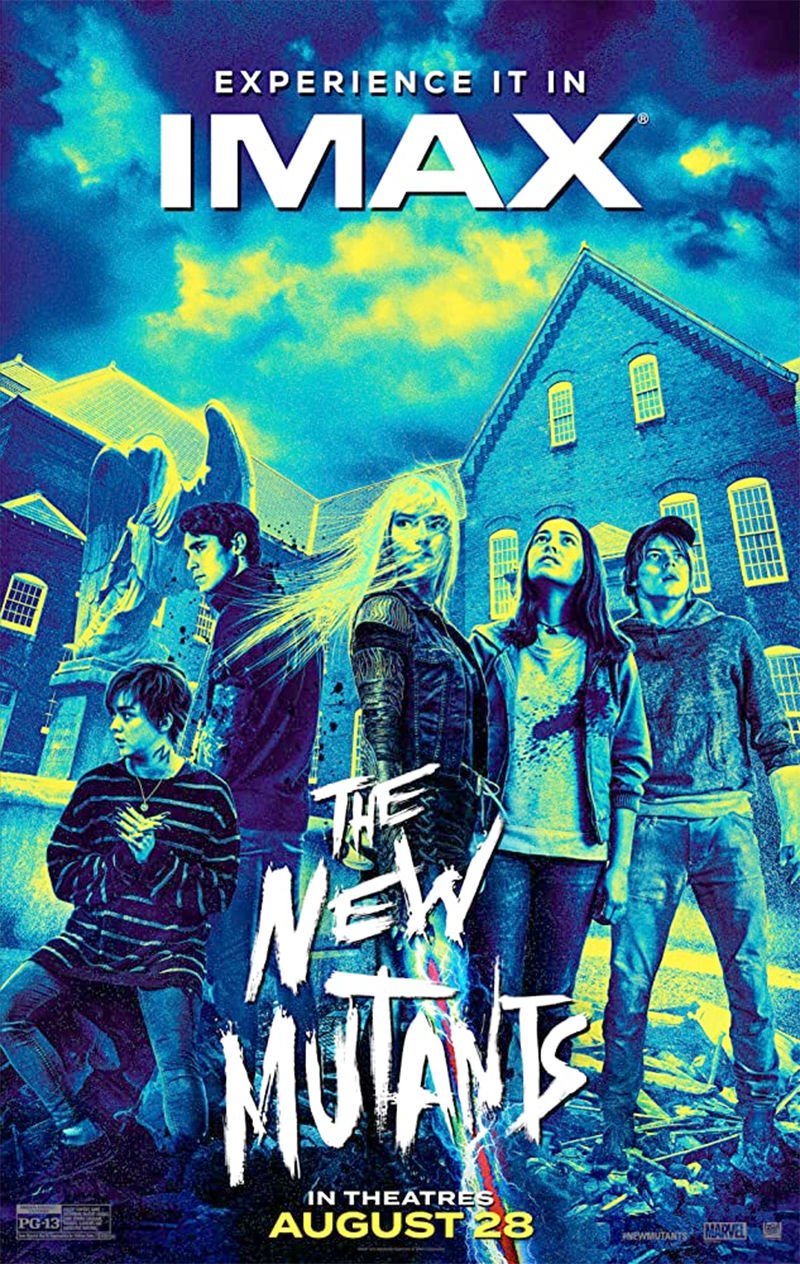 “The New Mutants” is playing in theaters in select cities. The film is rated PG-13 for violent content, some disturbing/bloody images, some strong language, thematic elements and suggestive material. Its running time is 94 minutes.

It has been a bumpy ride getting “The New Mutants” to theaters and I’m not just referring to pandemic-related closures.

The film was shot in 2017, but delayed due to planned reshoots (that were cancelled), conflicts with other releases, the Disney/Fox merger, and a (speculated) feeling that the film is too embarrassingly bad to be released.

The dread feeling was completely justified.

The only way this lousy movie could ever do well in theaters is if it was the only game in town. Enter a weekend where theaters are reopening and the kids aren’t exactly banging down the door to see “Unhinged.”

The film follows Dani Moonstar (Blu Hunt, billed fifth from the top even though she’s the lead), a young mutant who is the sole survivor of an attack on her reservation. She passes out during the attack and wakes up in a mysterious facility run by the shady Dr. Reyes (Alice Braga).

The inescapable facility is a place where mutants can learn to control their powers in a safe environment without hurting their loved ones.

Dr. Reyes answers to an unknown superior widely believed to be Charles “Professor X” Xavier, making the facility possibly a last stop before the patients can become X-Men. The fact that this theory is shared so early should be a tip-off that the facility is not part of Xavier’s dominion. It’s actually a follow-up to a teaser from a previous “X-Men” film that often appears on lists of dangling threads from flop franchises.

SCHROEDER: Ten tips to add more veggies to your day

Dani’s fellow mutant patients include Sam (Charlie Heaton), who can fly at whirlwind speeds; Illyana (Anya Taylor-Joy), a transporter who is never seen without a dragon puppet; Berto (Henry Zaga), whose powers are kept secret throughout the film but turn out to be disappointing; and Rahne (Maisie Williams), a lycan who seems to be the only one interested in helping the scared, confused Dani.

The boys just exist to fill out the ranks; this movie is almost all about protagonist Dani, initially-antagonistic Illyana, friendly Rahne and untrustworthy Reyes. Once the flat-out villain is revealed, the character is the least-threatening antagonist in the entire “X-Men” series and their fate is laughable.

A lot about this movie is laughable. Not any jokes, unfortunately, but scenes that are supposed to be exciting and even scary.

For example, Illyana is haunted by beings in creepy smiley-face masks. I was actually sufficiently unnerved by the soulless expressions on the masks, but the movie unwisely decides to have the characters unmask. I don’t think there was a single moment after that where they appeared onscreen and I wasn’t laughing out loud at the pathetic special effects.

And I can say something similar about the film’s climactic action sequence.

“The New Mutants” is a total bomb of a superhero movie, with the lone saving grace of being memorably bad in a few parts, as opposed to the relentless blandness of something like the 2017 “Fantastic Four” or most recent “X-Men” installment “Dark Phoenix.” I seriously doubt we’re going to see any of these characters again, save for if they appear in an upcoming “Deadpool” movie for the express purpose of being written out of the “X-Men” universe.

See this movie only if you’re tired of the drought of theatrical releases.