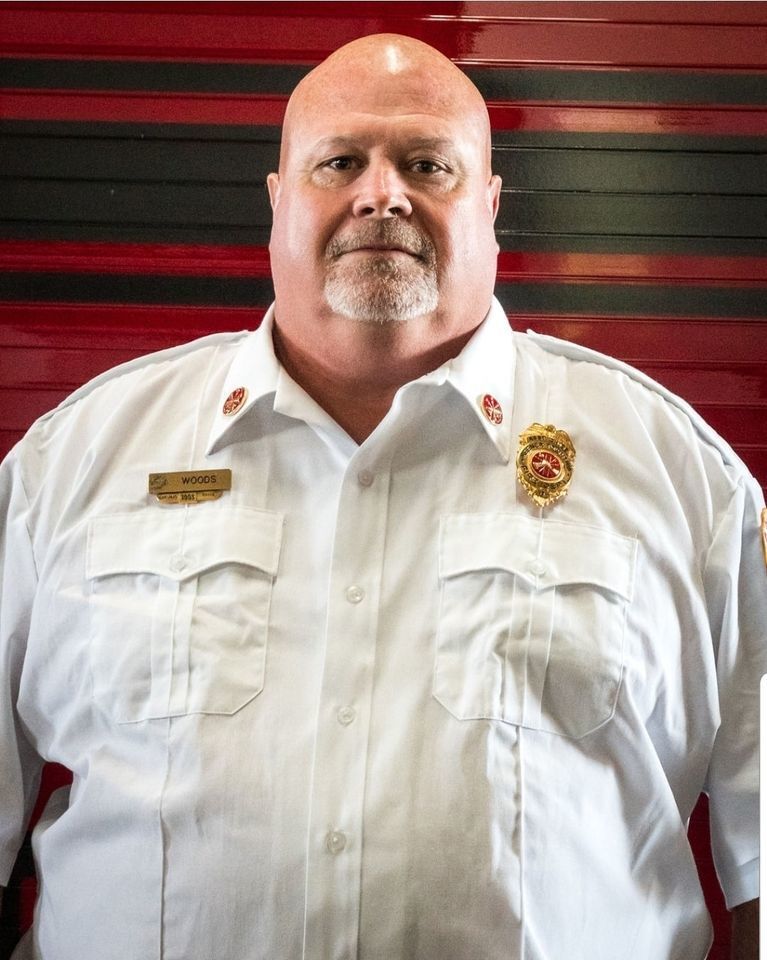 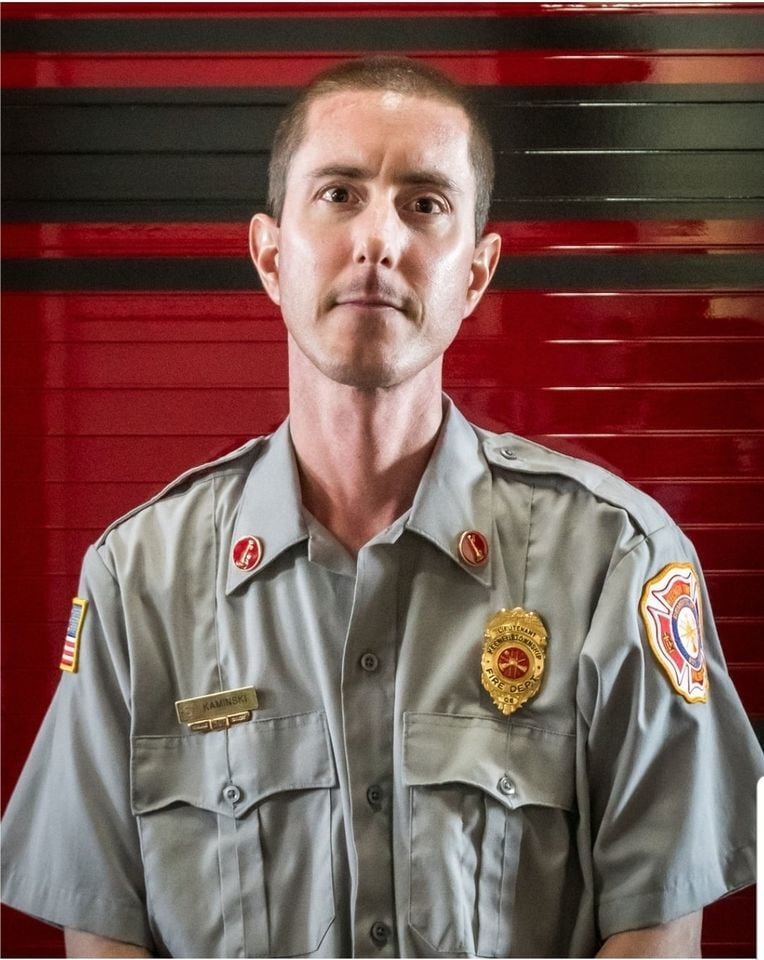 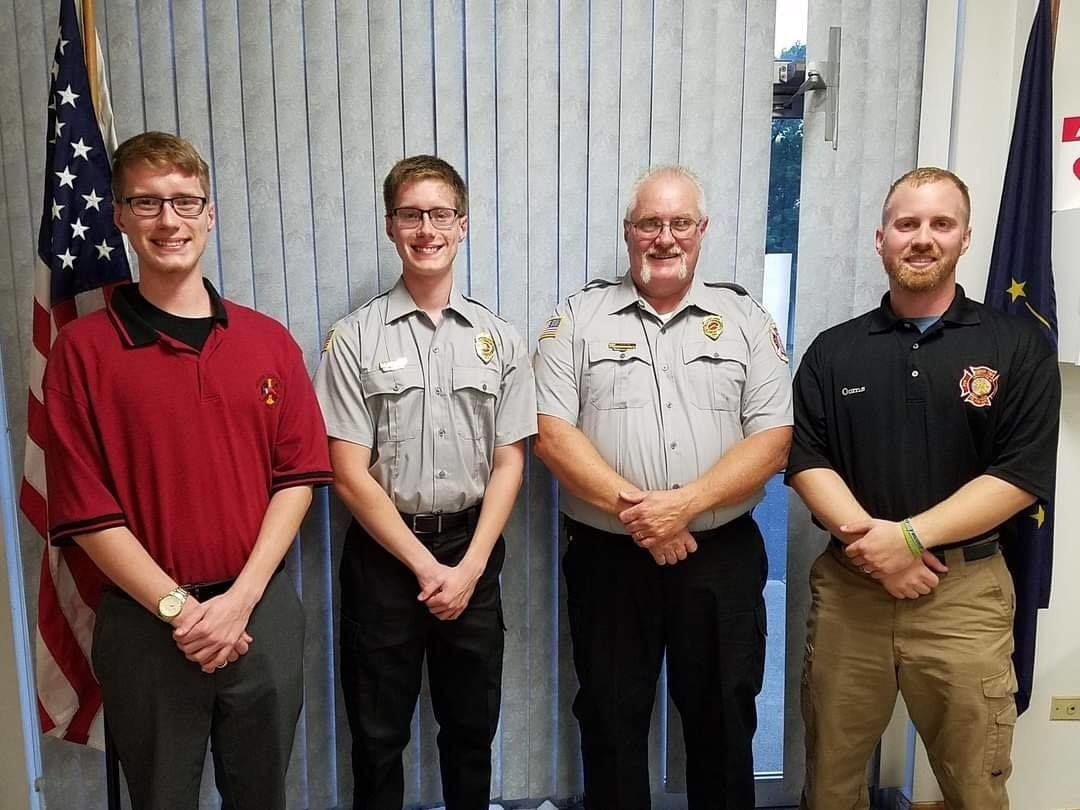 Firefighter Al Ooms and sons, who have all been firefighters on the Keener Fire Department. 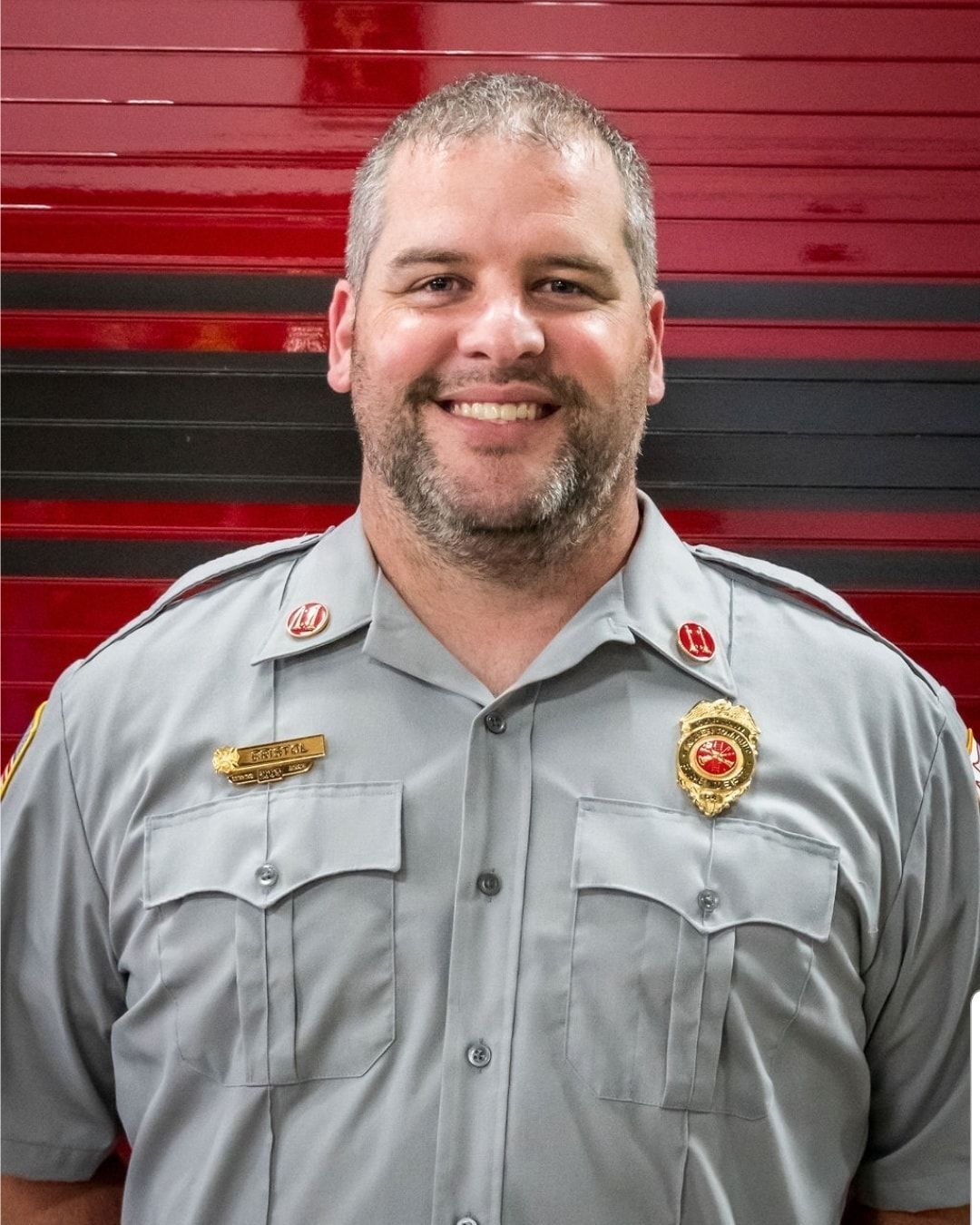 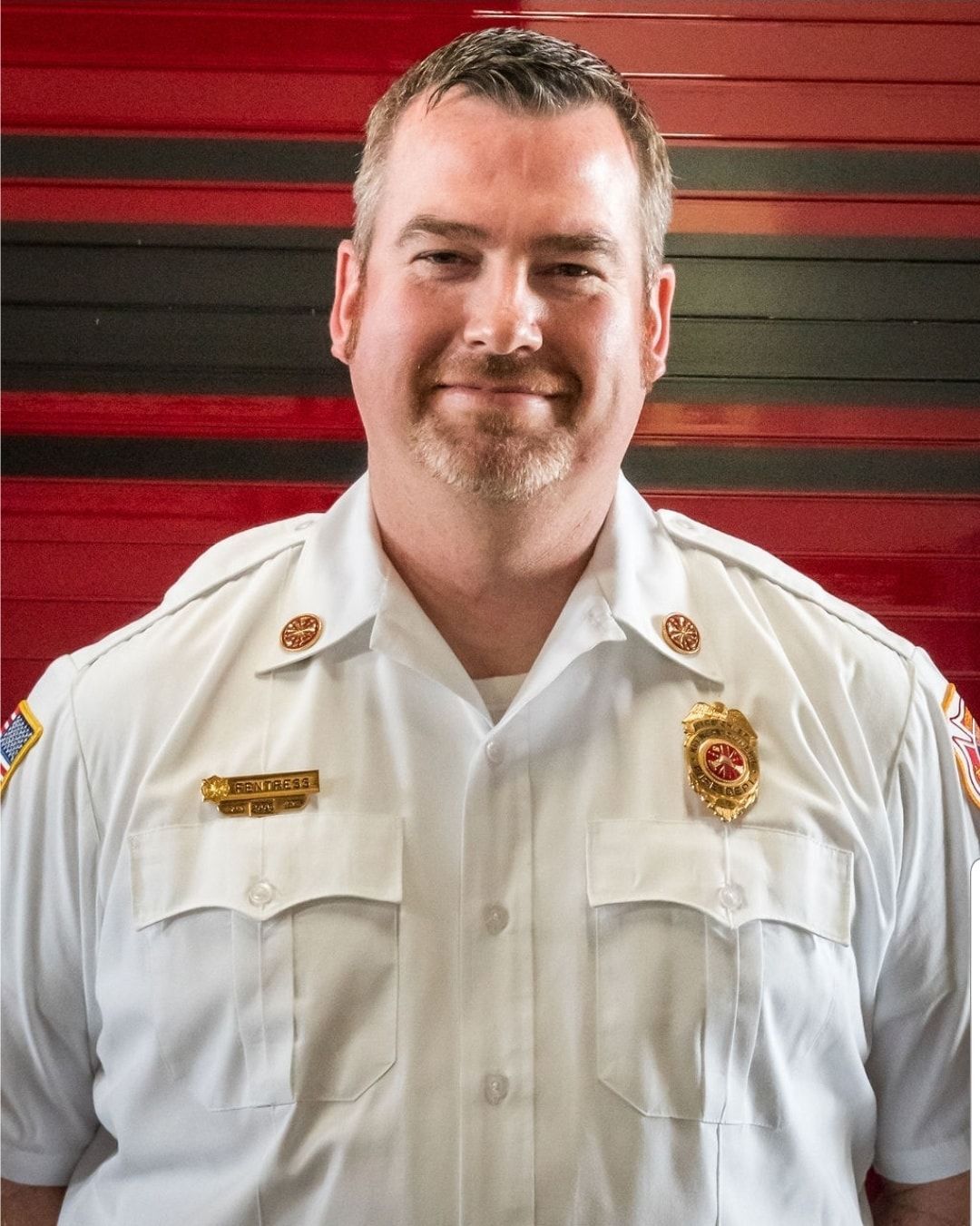 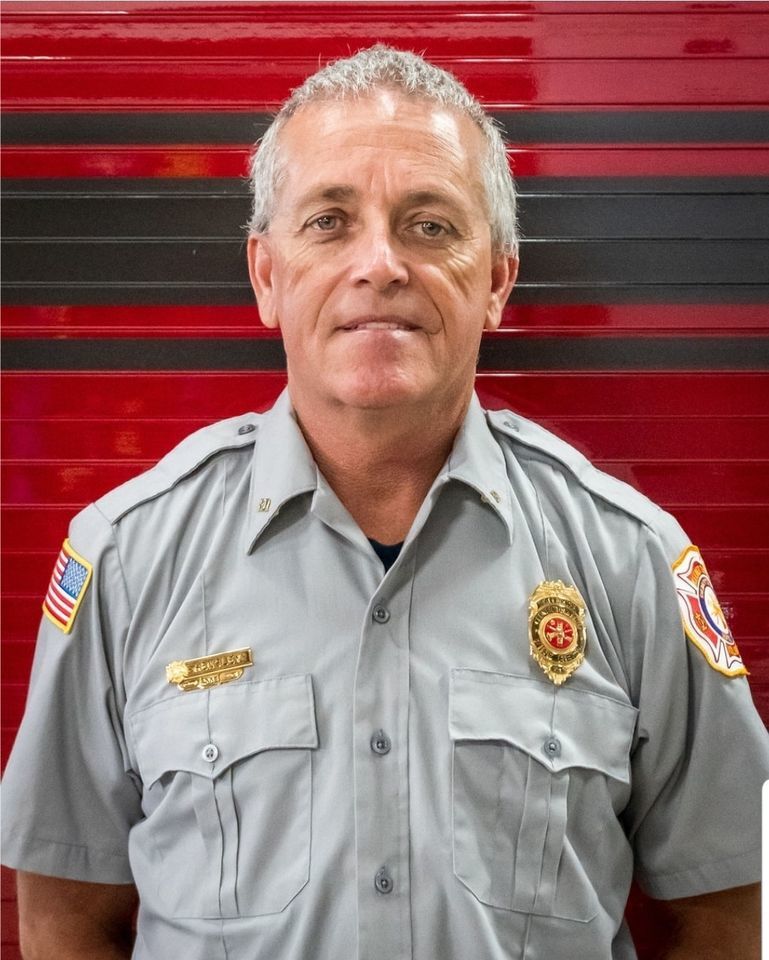 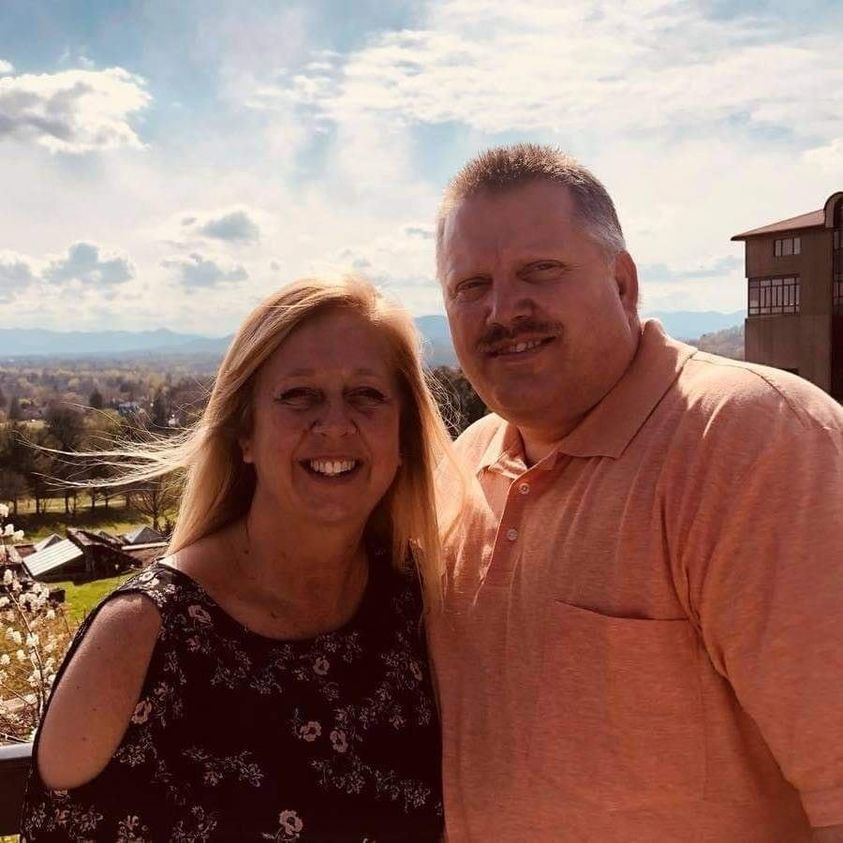 Firefighter Al Ooms and sons, who have all been firefighters on the Keener Fire Department.

As October is Fire Safety Month, we choose to highlight our local volunteer firefighters on the Keener Twp. Fire Dept. Each day, the fire department posts a "spotlight" on a firefighter on their Facebook page, so we borrowed a few. To read about each one of these heroes as they are posted, follow their Facebook page: https://www.facebook.com/keenertwpvfd

Thank you to all the volunteer firefighters in our communities. You do a great service saving life and property, and risking your lives for your neighbors!

Assistant Chief Randy Woods: Randy Woods has been a member of Keener Twp Vol. Fire Dept. for 27 years. During his tenure Woods has held many positions including, secretary/ treasurer, safety officer, captain, and chief.

He was instrumental in bringing family back to the firehouse. When Woods was chief, he was quoted saying, "When we go to large fires, it's the families that worry the most, we need to bring them together to make a stronger support system." This has been a great asset to the fire department. On many of their larger calls, the wives will contact each other to begin making food, getting water and Gatorade out to the guys.

Woods was also instrumental in acquiring a new brush truck and a new engine for the department.

Firefighter Milan Dezelich said of Assistant Chief Woods, "He works harder than some guys half his age." That statement is never more true than if you look at Randy's body of work. He retired from the steel mill only to work full time again. He is consistently above 40% of calls made and is a staple at department trainings, and all fundraising events.

"Randy is a great mentor for me, whether he has taught me or I have watched how he handled situations has helped prepare me for my term as chief," Chief Tom Fentress stated. "Randy is a go to guy... he will make time for all the membership, he helps cultivate the younger guys. When you hear someone say love this job, and leave it better for the next guy, Randy certainly does that."

Lt. David Kaminski: David Kaminski has served Keener Twp. Vol. Fire Dept. for 23 years. He has served in many different roles during his tenure. He has been a safety officer, a lieutenant, and a captain. Kaminski is also a fire instructor and an EMT.

Kaminski has helped maintain our hoses, nozzles, and ladders at the fire house. He is the champion for our hose testing annually, which helps with the ISO rating. He also has a passion for teaching; he loves teaching about fire attack tactics and hydrant training.

"When it comes to the safety of our crews, I know Dave will always be on top of it. He has created a Facebook group page to help bring to light industry issues that we may never read about," Chief Fentress stated. "Dave always willing to help when I need something done, where it be on the fire ground or at our station."

Firefighter Allan Ooms: Al Ooms has served Keener Twp. Vol Fire Dept. for 17 years. During his tenure, Ooms has been instrumental in acquiring new apparatus' for the department. He has sat on many committees within the fire department as well as on the trustee advisory board for Keener Township.

Al, pictured here with his three sons, all of whom have been with our fire department at one time or another, is a family man first, and it shows in how much he is willing to help each member of the department.

"I truly enjoy our conversations, and his fatherly advice that he can give. During a really horrific call, Al made it his mission to make sure my mental state was taken care of, he offer his church and contact his pastor to come and talk, if we needed it. I took him up on his offer to attend his church with him, it did a world of good for me," Fentress said.

You can always find Ooms giving of himself, whether that be at the fish fry (always cooking), Touch of Dutch wrapping sandwiches, or just opening his home for a bonfire. He is always available to help or lend an ear.

Captain Matt Bristol: Matt Bristol has been a member of Keener Twp. Vol. Fire Dept. for 17 years. During his tenure he has held many different positions including lieutenant, captain, and assistant chief.

Bristol has helped elevate Keener Fire with different projects including sitting on committees for purchasing apparatus' for the department and heading up the repairing on Tanker 3. He is the resident IT and radio aficionado. He has always given of himself, whether it is during fire calls, training, public education, or fundraising. He makes time to be there.

Fire Chief Tom Fentress: Tom Fentress has served the community for 15 years as a volunteer firefighter and has also served 10 years with the Keener Twp. EMS as a paramedic (12 total started as an EMT).

Fentress is in his second year term as the fire chief of Keener Twp. Vol. Fire Dept. He is also the department training officier, a position he has held for 13 years. He has held many positions during his tenure with Keener including secretary/treasurer, lieutenant, captain, and chief.

Fentress is involved with many different organizations on emergency services, he is the vice chair of the Jasper County LEPC, the tresurer for the Indiana EMS Association, and Indiana State Rep for EMT pyschomotor skills. He is a FISDAP researcher, who has had three articles published.

“I have known Tom since he was in high school. Tom is doing an excellent job as our chief. He leads by example and I am proud to work with him. He has always put in the extra effort and shows support at every training, fundraising or community event we hold. His dedication to the department and the community is second to none,” said Assistant Chief Randy Woods.

With the pool of volunteers shrinking all over the country, Fentress was instrumental in starting a cadet program at Keener Twp. The cadet program works with 15 to 18 year old high school students to give them some insight into the firefighting service. The department has had five cadets finish the program and four out of five joined the department. They are currently working with four new cadets.

Safety Officer George Hensley: George Hensley has been a member of Keener Twp. Vol. Fire Dept. for 15 years now. During his tenure, Hensley has held many positions including, safety officer, lieutenant, and assistant chief.

Hensley has been very involved with maintaining Keener Twp. success, whether that's sitting on committees, helping teach upcoming firefighters. During his time away from the fire department, he is an avid member of the church and his motorcycle club. George holds many certifications including Fire Officer Strategy & Tactics, fire instructor 1, and EMT (ret.).

"George came into the fire service with me... it's always nice to know that when there was a training to go to, George would go with," said Chief Tom Fentress. "One of my favorite stories of George was when we were at a live fire training in Merrillville and we were told to bail out... all 20 guys tried to get out the same door, but where was George? Well George was sitting in the bathroom on the toilet waiting for the hallway to clear. We still laugh about it to this day."

Safety Officer David Alexander: Dave Alexander has been a firefighter with Keener Twp. Vol. Fire Dept. for 14 years. He has held many different positions with the department including lieutenant and safety officer.

Alexander is certified as a firefighter 1and 2, hazmat operations, tech rescue, and EMT (ret.). He has worked on both the fire department and EMS. He has been instrumental in helping develop the department. He sits on the fundraising committee, truck committee, and other small committees as needed. He is one to take our younger members aside to help build them/shape them into the firefighters that we want on the department.

"Dave is always willing to step up and make our department better, whenever there is a need on our department Dave is willing to help. When I needed a couple training props built, the 10' & 12' tunnels, the roof simulator, and the breachable wall, Dave not only jumped at the chance but also got donations to off set the cost.

“An even better story and definition of character for Dave is when we had a horrific call, Dave drove to the station, came out to the call to make sure I was OK, then after the call was over, he sat in my office till 2 a.m. with me, and if that wasn't enough, the next morning he called to check on me. He didn't have to, but he felt that it was his commitment to the brotherhood to make sure I was good," stated Fentress.