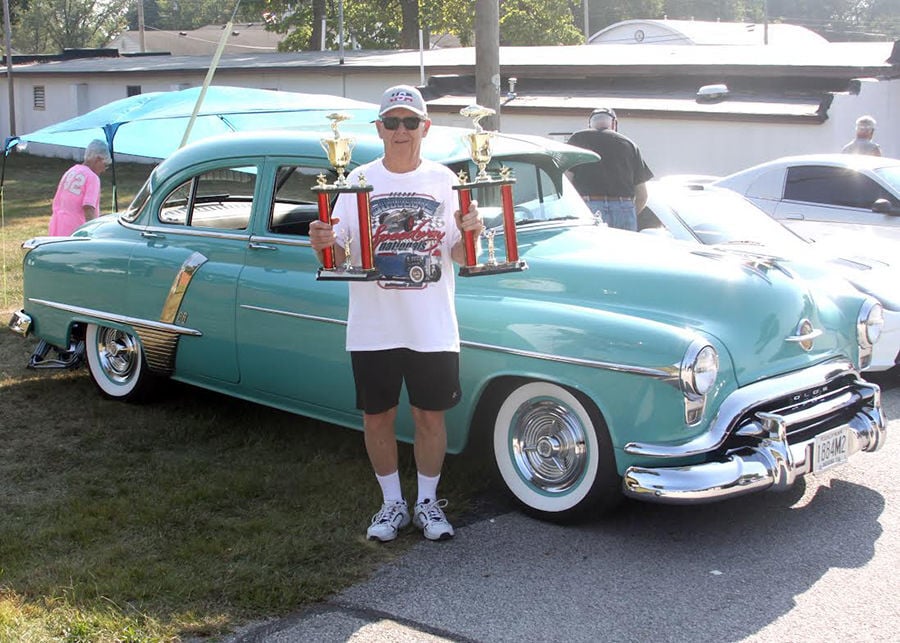 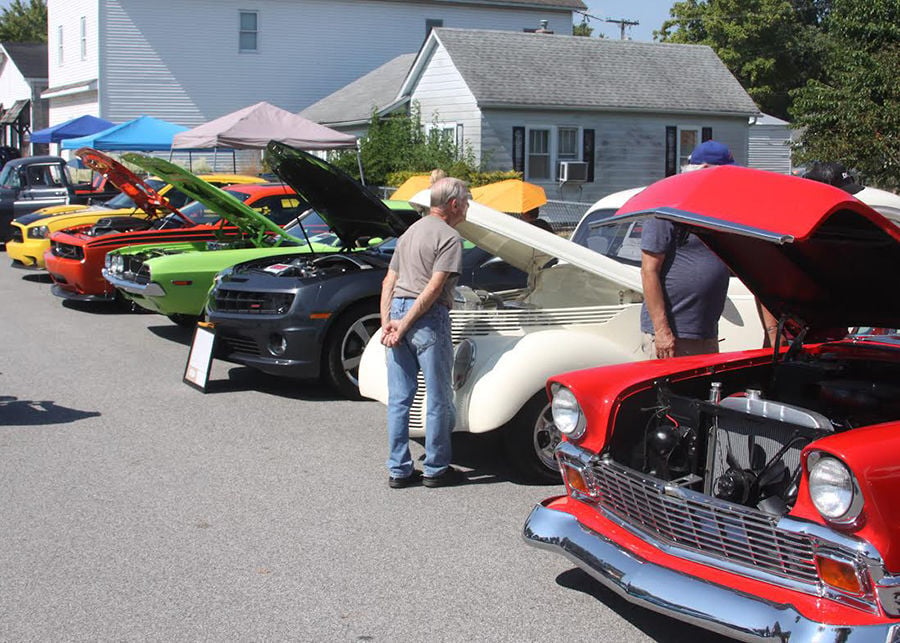 Rows of vehicles of all ages with their hoods up for inspection. 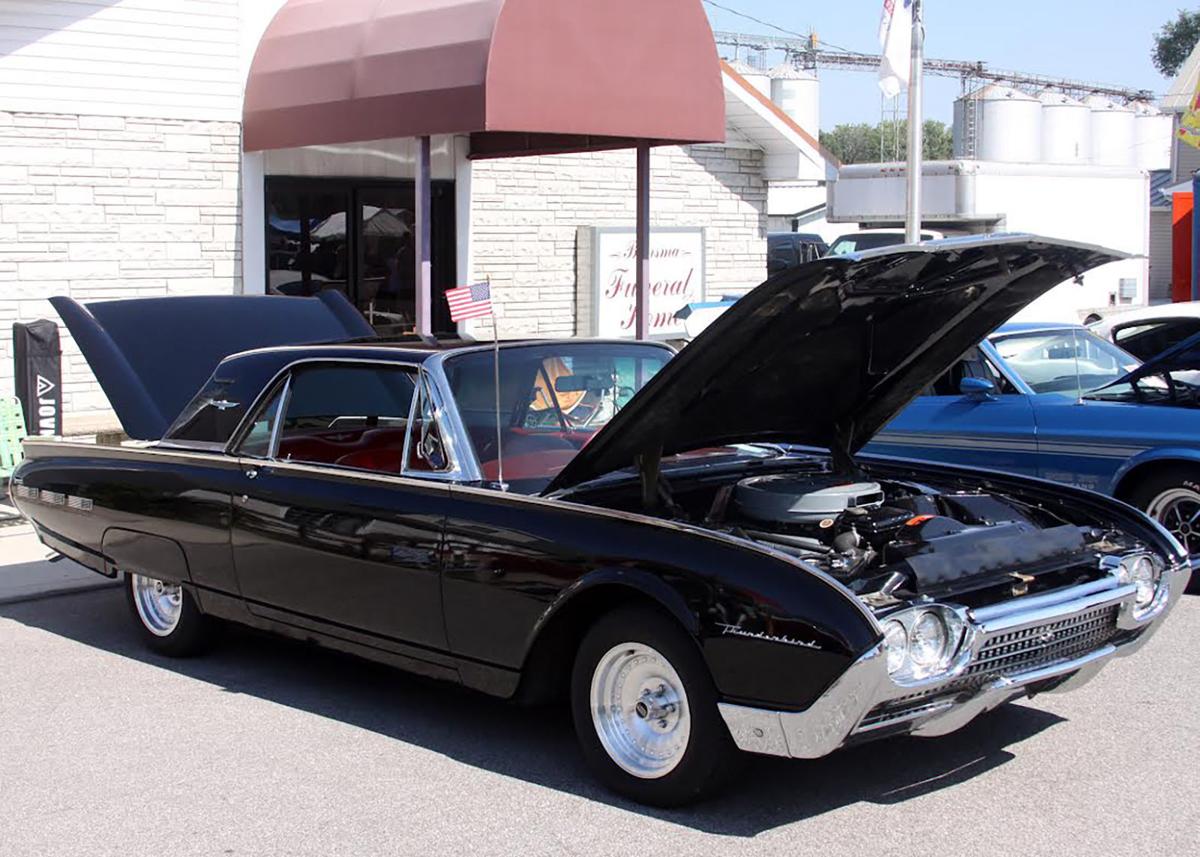 Steve Carter’s 1962 Ford Thunderbird was popular with the crowd. 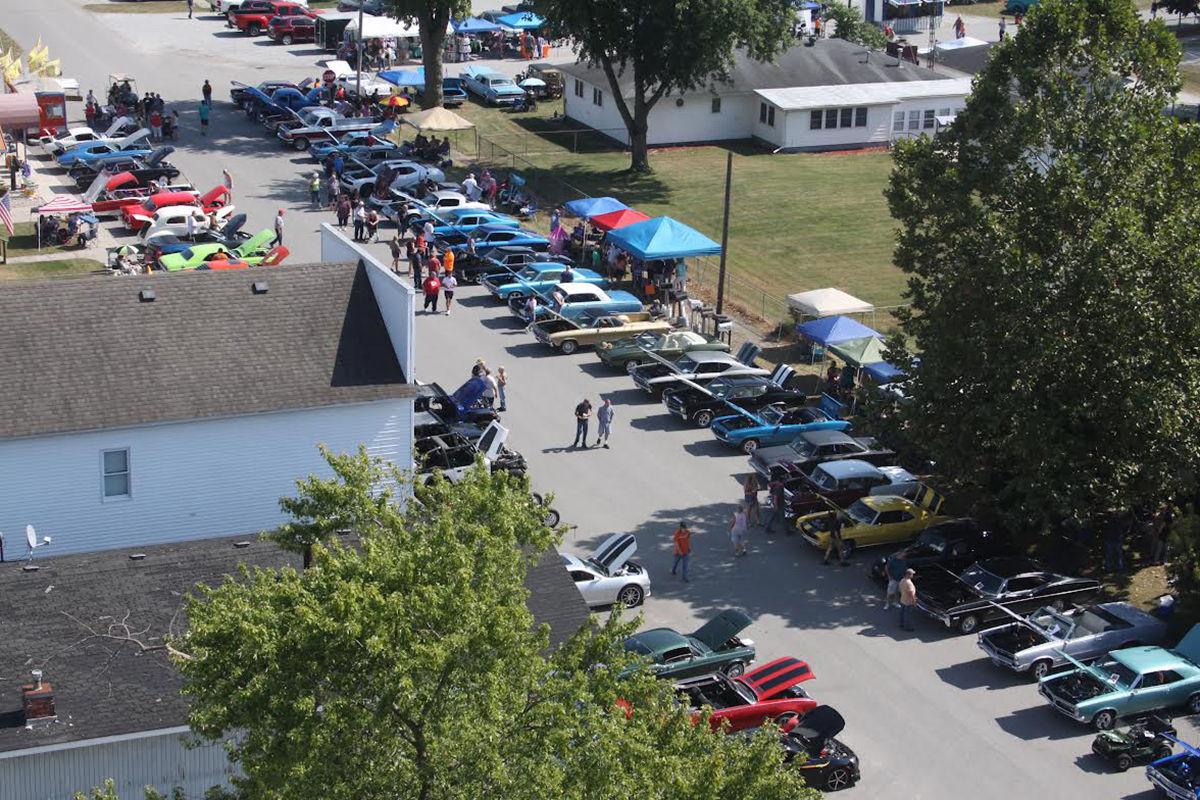 Rows of vehicles of all ages with their hoods up for inspection.

Steve Carter’s 1962 Ford Thunderbird was popular with the crowd.

Four special awards were presented as well as first and second in 23 categories.

Best of Show honors went to John Rans’ 1951 Oldsmobile. Rans also was honored with the trophy for Best Interior while the Best Paint Award went to Adam Howards’ black 1967 GTO and Best Engine was awarded to Paul Matis’ 1957 Ranchero.

In the Modified Camaro class, Tom Gobby’s 1968 Camaro was the tops and Walt Kerns’ 1969 Camaro was second. The Modified Chevelle winner was Scott Wireman’s 1967 SS. Brian and Mary Ensign’s 1993 won the Modified Corvette Class with Greg Leek’s 1963 finishing as runner-up.

In the Modified All-Mustang class, Phil and Bev Conrad’s 2000 GT was the premier entry with Nicholas Wall’s 1993 LX coming in second.

Trophies were also awarded to Specialty Classes, such as Pro-Street Class, Tractors, Trucks and Motorcycles. The Pro-Street trophy went to the 1964 Ford Falcon of Bill Carter with second going to the 1967 Camaro of Duane Waldrop. Ron Pivarnik’s 1934 Roadster Half-scale was first and Ed Nannenga’s 1949 Allis Chalmers G was second place in the tractor class.

The last class was Motorcycles. The 2000 Ryker Cn-Am of Courtney Rice won top honors with the 2014 Harley-Davidson of Connor Felton coming in second.