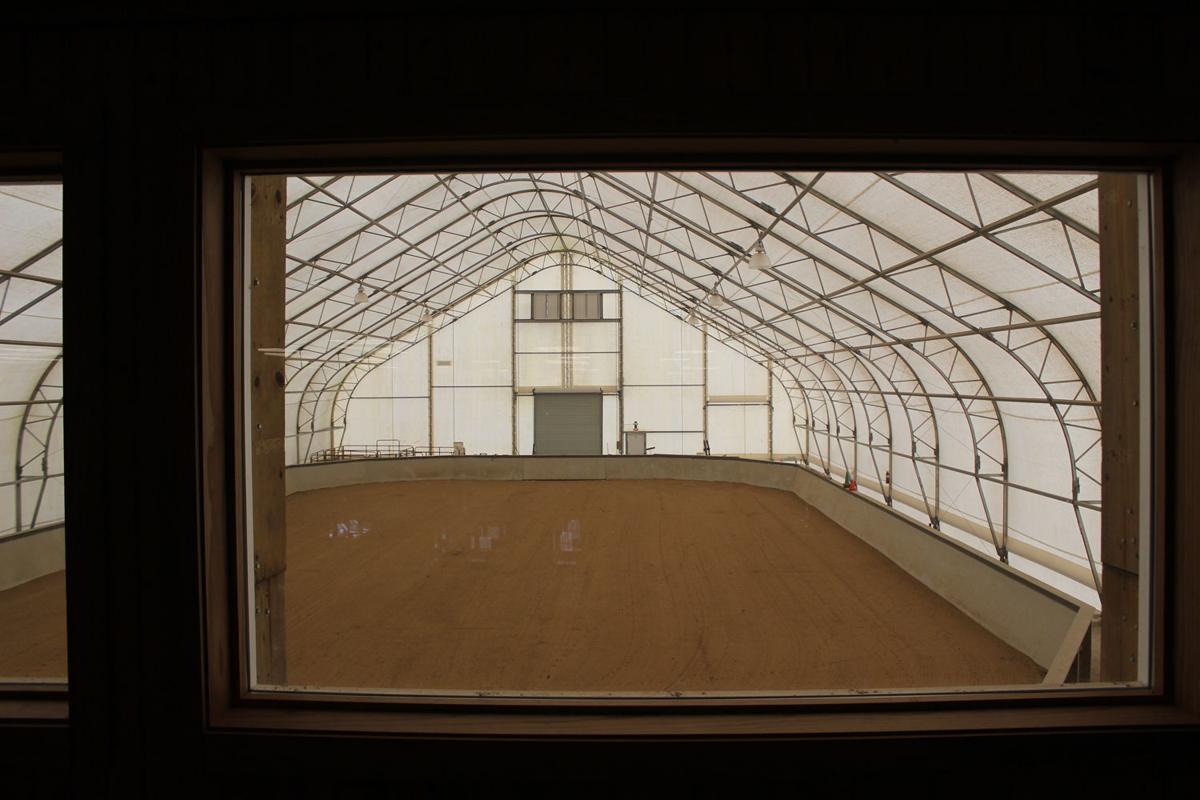 Inside the large equine center is a loft overlooking the arena with a common area for relaxing or watching the action on the floor. 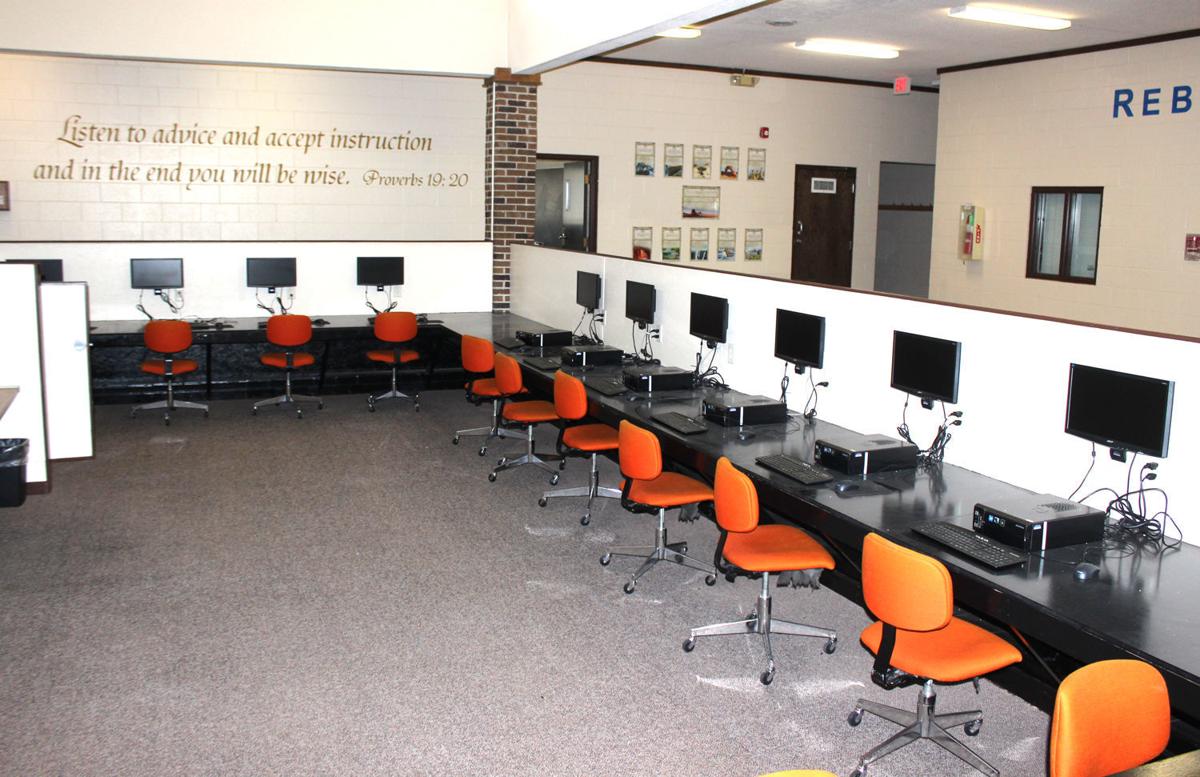 Inside the school, a computer lab sits waiting for students to return. The school and other buildings were left as is, with books and school supplies still on the desks when White’s closed the facility. 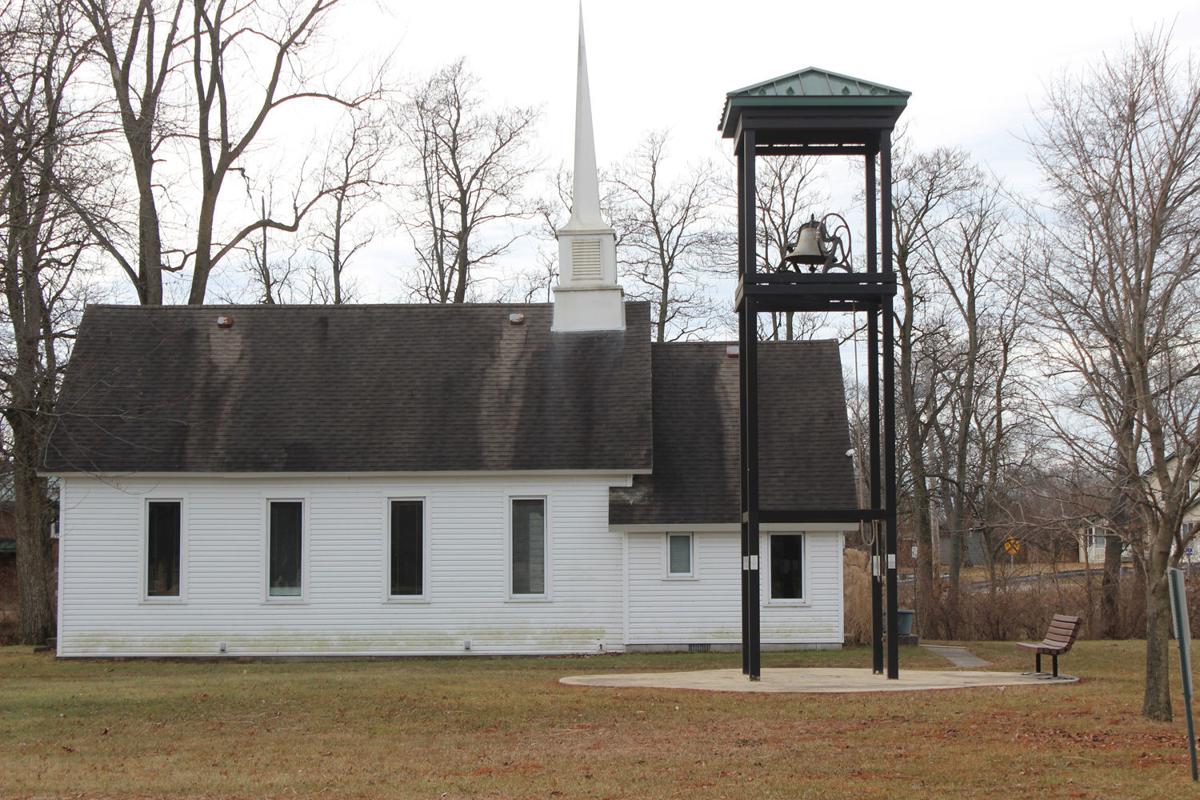 Years ago, the chapel was moved to the site after being donated by a church. The bell came later, but is the original bell from the chapel. 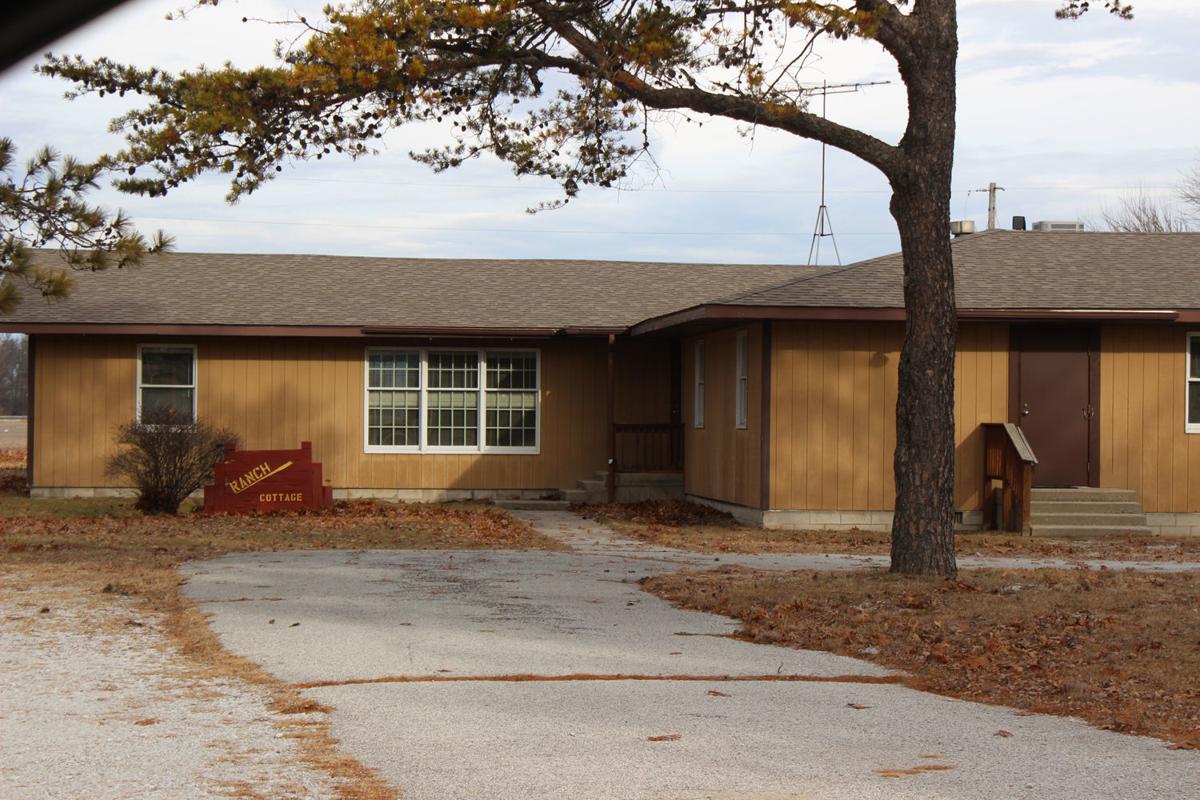 A number of cottages in different styles are scattered across the campus. Many will be gutted and renovated for use by the Crosswinds program, while others will be remodeled for the adult program.

Inside the large equine center is a loft overlooking the arena with a common area for relaxing or watching the action on the floor.

Inside the school, a computer lab sits waiting for students to return. The school and other buildings were left as is, with books and school supplies still on the desks when White’s closed the facility.

Years ago, the chapel was moved to the site after being donated by a church. The bell came later, but is the original bell from the chapel.

A number of cottages in different styles are scattered across the campus. Many will be gutted and renovated for use by the Crosswinds program, while others will be remodeled for the adult program.

WHEATFIELD — Lifeline Youth and Family Services is the new owner of the White’s Residential Family Services campus in Wheatfield, known as Christian Haven for over 60 years. The non-profit closed on its purchase of the property on Dec. 30, and work will begin to revamp the campus in spring with renovations to the buildings, which have been empty for nearly three years.

CEO of Lifeline, Mark Terrell, said their goal is to start renovations in the spring, with hopes of opening the campus in the fall. The organization, based in Fort Wayne, plans to run two of its programs at the Wheatfield site; one program for teens and pre-adolescents and their families before the child ends up in the court system, and another for adults age 18 to 35 who have “failed to launch,” still living at home with their parents and who need direction.

Two years ago, the organization looked into purchasing the property, but negotiations failed and they “walked away.” They then began planning the building of a new campus, but in October, Dean Vanderwoude, who was looking for a faith-based organization to buy the large campus, spoke to Terrell and this time, they negotiated with White’s for the property, and got a good deal. “We could not have built a new campus for what we paid for this one,” Terrell said.

“We are super excited about the campus and the area,” he said. Area churches interested in using the gymnasium a few times a week have already contacted him.

“We are talking to charities that work with horses,” he said. The facility has a large horse center and arena used by Christian Haven for equine therapy and they would like to offer that as well. “It needs to be used, and used well,” he said of the arena. “We’re super excited about finding ways to do that. We love to collaborate.”

Lifeline Youth and Family Services has been in business for 50 years. They work with families to keep them together. They have a program that works with children and families in the court system, and another that works with families not yet involved with the courts. “Our goal is family. We are one of the only programs in the country that don’t want kids to come to their campus,” Terrell said. He said they will go into homes to try to keep families together.

However, he said, sometimes the families will need some separation. “We’ll be using part of the campus for kids from across the country who need this,” Terrell said. “Our goal is to get them back home as soon as possible.”

While there, the kids will go to the school on campus, and have counseling and equine therapy. “We use a model of giving,” Terrell explained. Lifeline has a program in the Dominican Republic, where the children go to learn what true poverty is and they do mission work there, and they also learn to be givers rather than takers. “It has been life changing,” he said. But there are parents who do not want their children to leave the country, so the Wheatfield campus will be used for this program as well.

The Crosswinds program is Lifeline’s program for the children coming to Wheatfield. Families pay, but there are scholarships available to help with the cost, however, Terrell explained that everybody pays something. They work harder when they have money involved, he said, and that philosophy works.

“We are open to ideas for use of the property,” he said. “We want to be good neighbors. We’re one of the largest non-profits in the state that does this.”

The campus has a number of cottages or dormitories where the children will be housed, and a separate area for the adult program. It has a full size gym, a chapel, school building, a pond, obstacle course, outdoor basketball courts and the arena on a sprawling 100+ acres.

Overnight lane closures scheduled for I-65 in Jasper County

The new owners plan to gut the dormitories and remodel them. They also plan to open a different entrance, move the cafeteria and the administration offices, which are currently at the front of the property.

The adult male program will be a new offering for the organization and is based on the book, “Every Man’s Battle,” by best-selling author Steve Arterburn. It is a leadership program that teaches young men how to get a job and to make a plan for their lives.

“We’ve been talking about this for years,” Terrell said. “This is brand new and has never been done before. The [Wheatfield] campus is ideal for this.”

At some point, they will begin the hiring process. “We’ll be hiring across the board,” he said. They will be looking for social workers, counselors, child specialists, vocational instructors, nurses, maintenance workers, and more. Eventually, they will welcome volunteers. “We’d love to have volunteers, but that is several steps out,” he said.

He said there are several vocational buildings on the campus and they are still considering how to utilize them. They have a campus near Warsaw that already has vocational facilities. “Those decisions aren’t made yet,” he said.

When the campus is ready, Terrell said they will have open houses with plans to invite schools, churches and the community. “For sure we will be inviting people to the campus. It will look like a whole different campus. It will be very impressive,” he said.

He also said they want to rebuild relationships with the people in the community and want to work together with the community and churches in the area. “We’re not doing this lightly,” he said. “This is well planned, well orchestrated and well funded.”

First, they will have architects come and give them ideas on what they can do to improve on the property and its buildings. He said he expects it will take most of the summer to get all the renovations done so they can open in the fall.

“This campus has a long history of doing good things,” he said. “We have tremendous respect for White’s. We just do things differently. The campus will have new life and all of that heritage will not have been wasted. We are standing on their shoulders. We’ll do incredible things.”